Sunday, June 14
Louisville, CO
Weather - sunny
A and I registered for the Skirt Sports 5k when we got an awesome deal. It was only $50 for both of us AND I got a gift certificate to use on Skirt Sports apparel (I was able to get TWO skirts so I'm not sure how this race is even profitable for them...)
The 5k started about 30 minutes after the half marathon, but we still had to be up early to drive to Louisville and pick up our bibs. Pick up was fast and easy and the bathroom lines were short. Spent some time before the race chatting with Maureen, a fellow Runners Roost teammate.
The race started a few minutes late to allow for people in the bathroom line to start on time. I had every intention of running "easy" since this was just a shake out run before heading to Utah. A and I lined up towards the back and we ran the first mile together. I was not feeling it. My legs were tired and I was trying to take it easy. After the first water station (at mile one), A took off up the hill (and it is a decent size hill, a few hundred feet of gain). She made it look SO.EASY.
I could not even pretend to catch up to her. I was even sort of struggling on the downhills. A friend of mine was running up the hill on my way down and she yelled "she's killing you!" It's true. She was. I took another long walk break when I got back to the aid station. I had her in my sights and she kept stopping and turning around to look for me, wondering why I was so far behind her. (Because I'm old and slow, that's why!)
She ran it in to the finish, passing a few people on the way. I came in about 30 seconds behind her.
﻿ 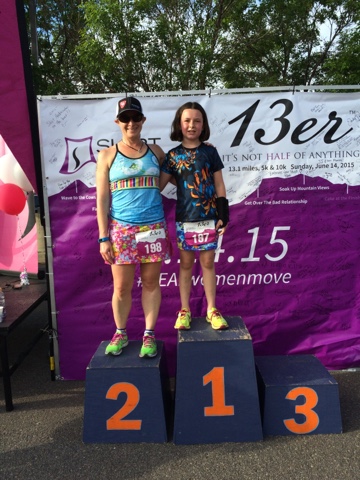 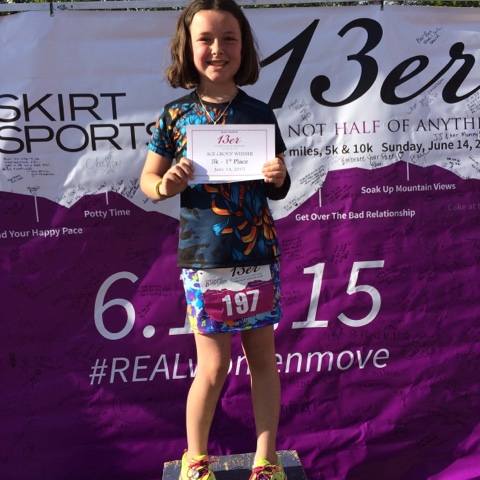