Sunday, June 7
Denver, CO
Half Marathon #134
Colorado Half #67
Weather - SUNNY
The Denver half marathon was a free race for me. I earned an entry after volunteering at the Westminster trail half marathon on Easter. I picked this one because I figured it would fit into my schedule better than the other events.
We drove down to Lone Tree and arrived with about an hour until the start. Picking up our bibs took an extraordinarily long time. Not sure what the hold up was. The race director still uses shoe tags so I know matching the tag with the bib takes a bit of extra time.
On the way back to the car I stopped and chatted with a couple that was wearing INKnBURN - for a bit longer than I planned. By the time our conversation was done we had only a few minutes at the car to get our stuff ready and then the bathroom lines (twice) before the start. We started a few minutes late. There was also a 10k and they were scheduled to start only 15 minutes later - a concern for me when running super slow on single track.
The first... 5 minutes went well. Then the fire calves started. Honestly some of the worst pain I have felt in a while. I very honestly walked at least half of the first two-three miles. Not fun. For a while I think I was in very last place. Did I mention it was a billion degrees and sunny? 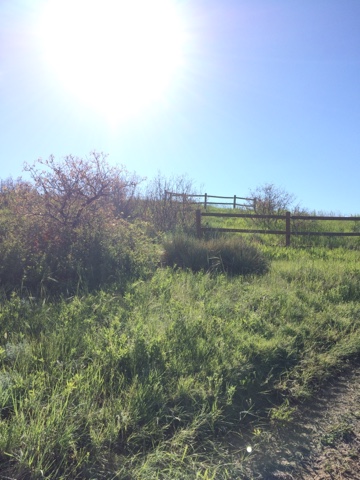 I've run this trail a few times before - the race I've done twice in November is partially on this course, and the Chase the Moon 12 hour run I did last year was as well. So I knew going into it that there is no shade. I also knew it was hilly but not super technical.
Finally after the first aid station (which thankfully, the course split for the 10k and half marathon and I didn't have to worry about jumping off the trail for the faster runners), I felt a bit better. I was still taking it VERY easy. 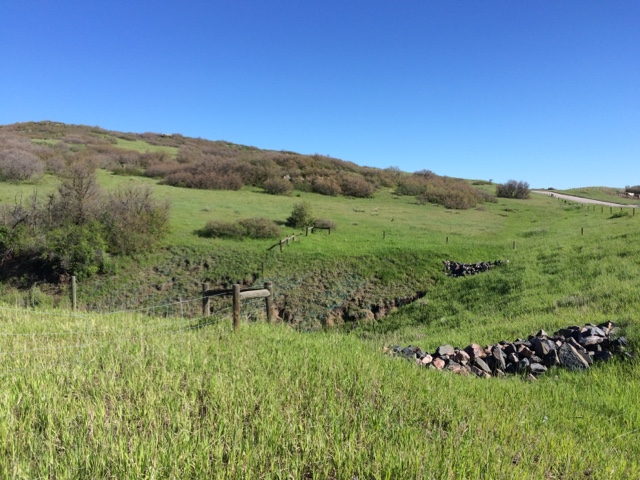 This is another﻿ trail that has NEVER been green when I have run on it. As much as I will say I am sick of the rain, it makes everything look really cool. I had not looked at the course profile before running so when I saw the leader heading towards me after only about 42 minutes I was thinking wow... I'm even slower than a thought. (I didn't realize that at the fork in the road we would just be on the 10k course). 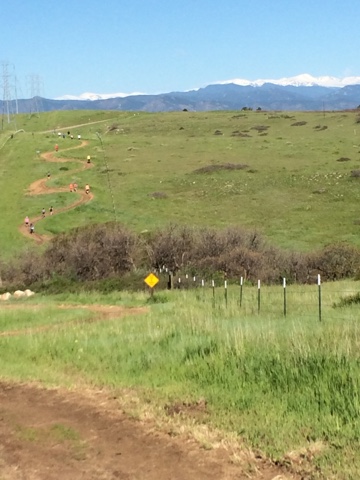 Anyway, after a while I was just cruising along, taking pictures, and by about mile 5 I actually started passing people. I took this picture at the turnaround of the half marathon section. Those itty bitty clouds did not move in our direction. 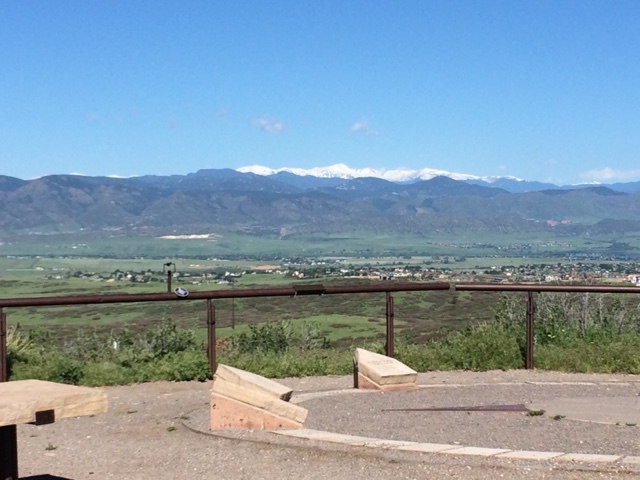 I was REALLY hot. REALLY thirsty. And pretty tired. This did not leave me thinking positive thoughts for the stage race in the desert. I tried to jog as much as I could and still passed a half dozen people. Went to the turnaround for the 10k, got to the turnaround and... they were out of cups. They were rinsing out cups from the trash and offering them to people for electrolytes. No thanks. I took a gel and headed back the three miles or so towards the finish. 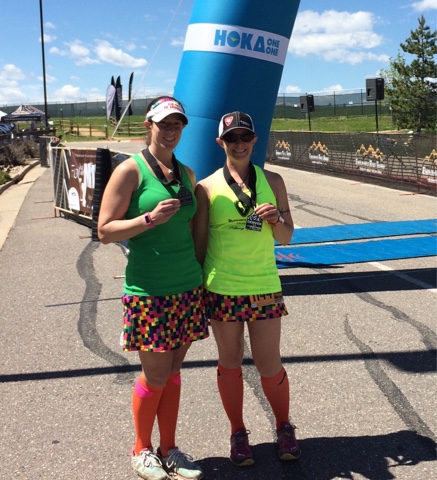 L has learned that I get really sad when all the beer is gone by the time I finish. She grabbed me one and had it ready for me when I crossed. 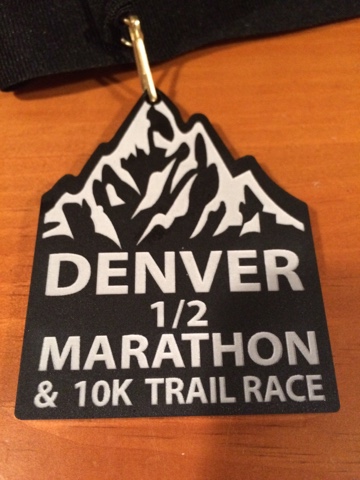