Tuesday (20,348 steps) - I took the morning off from work. A was given the Principal's Award for her math skills (which she did NOT get from me).
﻿ 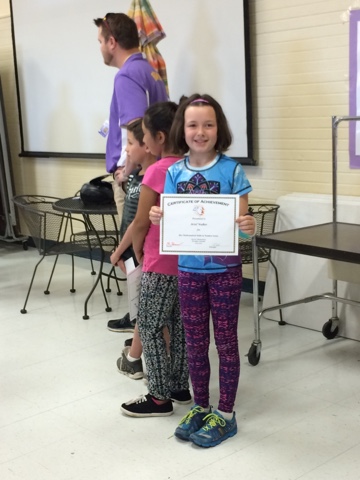 It was also the make-up day for field day. Since it had been raining pretty much non-stop all month, I was not optimistic that the new date would be any better. We lucked out with only semi-marshy field conditions and blue skies. (It did end up raining again in the afternoon). 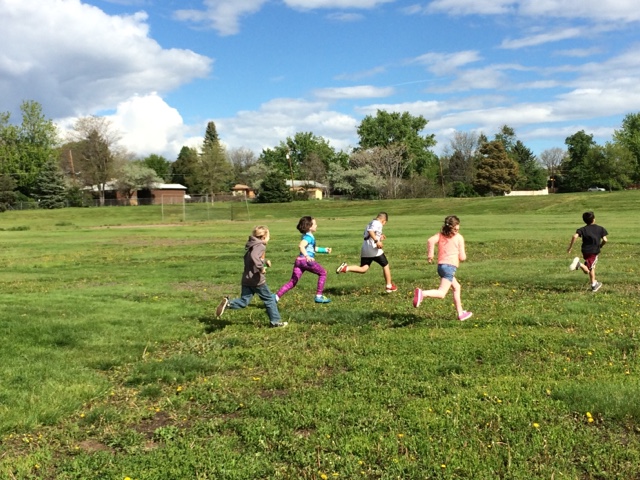 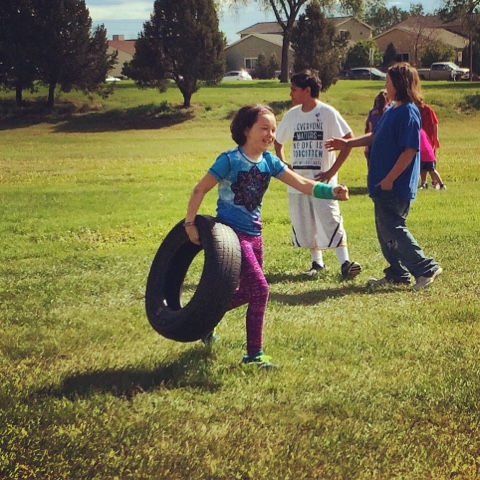 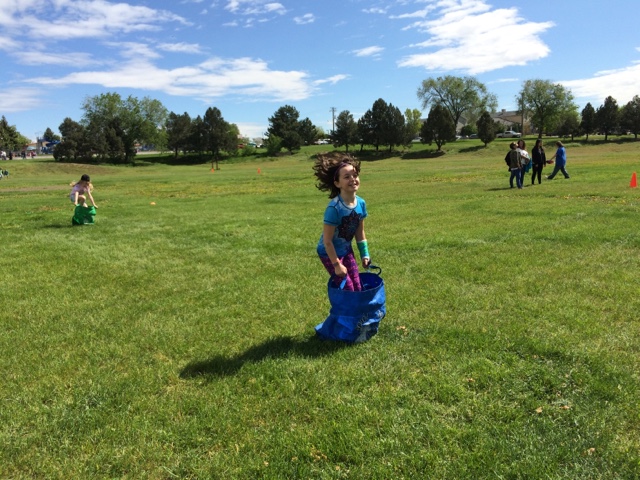 45 minutes on the elliptical after work.
Wednesday (25,756 steps) - 3.1 mile run before work. I've been testing out the morning runs to see if I can get a quality workout in before work in lieu of going to the gym. If I get up early enough I can usually do 3-6 miles (usually around 4). On this morning, my blowdryer sparked and nearly caught on fire, which delayed getting ready a bit. Sigh. 45 minutes on the elliptical after work.
Thursday (15,610 steps) - A's last day of third grade! Like last year, she wore the same outfit on the first day of school and the last so that we could do comparison shots. I dunno, she looks a LOT older to me at the end of the year. Where did the year go??﻿ 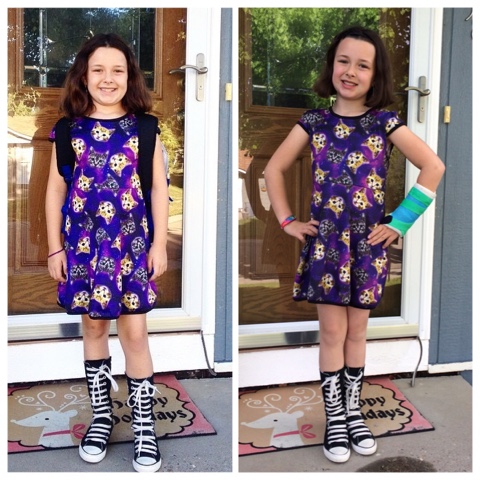 A ﻿went to a birthday party at dinner time which gave me the chance to run outside. I barely missed yet another evening rain/thunderstorm and got in just over 3 miles on the Clear Creek trail.
Friday (17,010 steps) - 4 miles before work. Legs were very tired. This was not an easy run. A had gone to Boulder with my parents for my nephew's "graduation" to middle school. She ended up staying there all day and asked if she could spend the night with her cousins. I watched a scary movie and was in bed by 10. What a crazy life I lead.
Saturday (26,919 steps) - With A not at home I got up early to do a "long run" before I needed to pick her up. I picked Clear Creek trail again. Due to all the rain I have been starting a mile further down the trail to avoid the tunnel flooding and I got to run a section I have only run one other time. It was so pretty! I took this run VERY easy - basically just to get time on my feet, and I had a great time. Just over 10 miles. 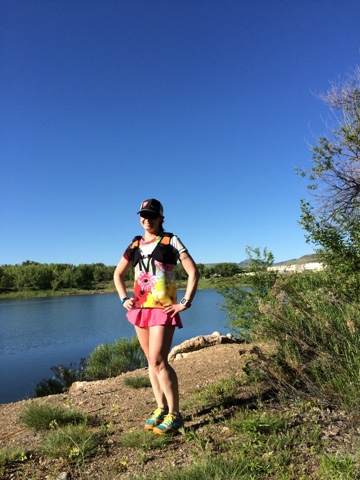 I drove up to Boulder to pick up A and then we had to rush home and shower so that we could go to her Girl Scout bridging. Basically what that means is she is done being a Brownie (seriously, where has the time gone) and now she is a Junior. Weather was nice, we had a BBQ and they made tee shirts to wear for next year.
﻿ 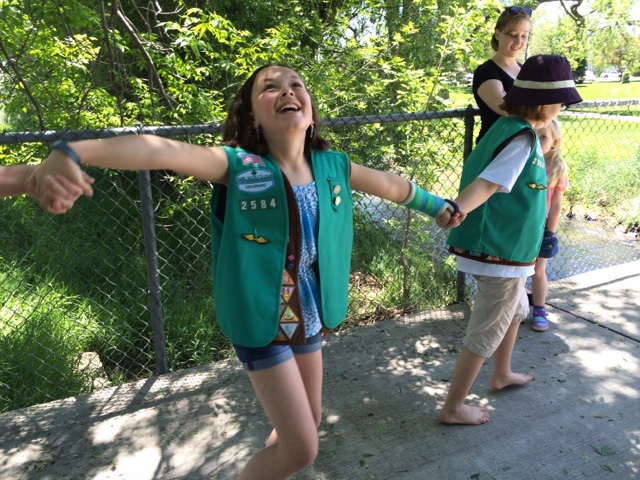 After THAT - we headed directly to my nephew's birthday party. Home for about an hour and then we went to see McFarland. Again.
Sunday (27,406 steps) - Up early again. I was hoping the trails would finally be dried out enough for me to really test out the Altra Olympus trail shoes I had bought last month. I went to North Table, thinking with the lack of trees it might be more dried out than other places. There were a few muddy spots but I didn't think it was that bad. I had planned on doing the "big loop" - only to discover the north side of the trail was closed from flooding/mudslide damage. That meant that I had to go back UP the glorious downhill on that loop - a half mile long hill at 15.8% grade. I hate that hill. Just over 9 miles done. Quick review on the Altras. I HATE HATE HATE HATE HATED THEM. They felt like clown shoes. All around they felt sloppy and being so high up I felt like my ankle was rolling with every step. AWFUL AND UNCOMFORTABLE.
﻿ 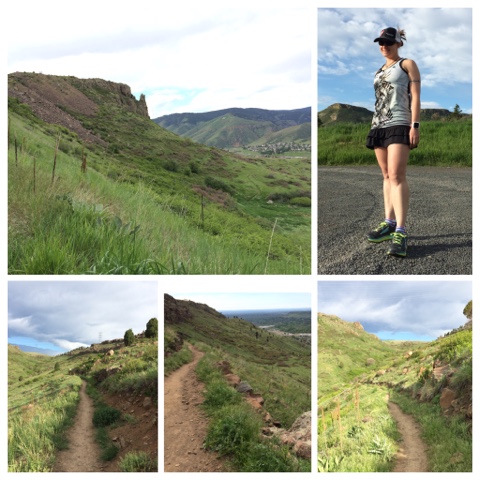 After lunch A and I went over to Jessa's house to help her plant flowers. Well, A helped. I sat and watched. I have a brown thumb and don't like gardening. A had a blast.
﻿ 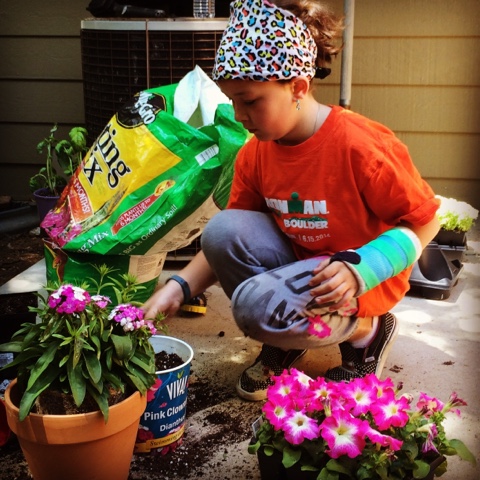 Birthday dinner with the family for my nephew's birthday. Shortest/busiest non-racing weekend EVER.
Monday (18,029 steps) - With A heading to Yellowstone with my parents for vacation, that meant I could try to sleep in and do my running AFTER work. I was hoping the weather would be warmer so that I could actually get some "heat training" in. I headed over to City Park with an open-ended plan to run for up to an hour. There is a 5k loop that I did once and stopped. It was not nearly as warm as I hoped and it rained for about 10 minutes. My ankles feel wonky after the stupid trail run in the Altra's.﻿ 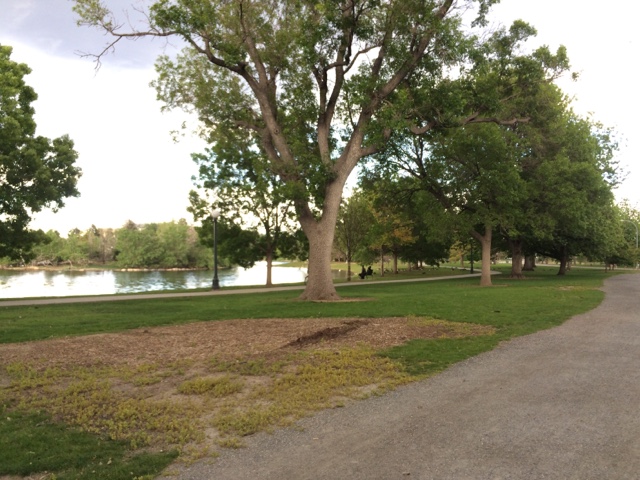 I drove home, took a super quick shower and then went to Arvada Tavern to meet up with Jessa for dinner, a few beers and adult conversation.