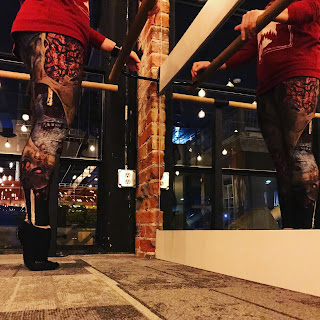 Wednesday (13,684 steps) - Runners Roost run club! The run started late so we opted to only do the big loop around the school (with a little bit added on) for just under 3 miles total. I demoed the new Brooks Levitate shoe and actually liked it! I probably could have laced them a bit better because I had some spots that rubbed, but overall, a decent shoe! A ran with Pete and I ran with Janet - fun times! The most exciting part was that I won another grand prize raffle! Looks like A and I will be doing some indoor skydiving soon. 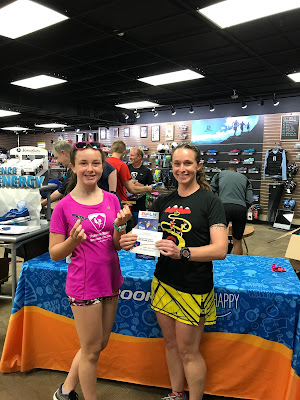 Thursday (14,152 steps) - Berkeley Park run club! Once again A decided that she would hang out with Sully at the store. I had plans to maybe run around just Berkeley Lake, but then I was feeling pretty good so I ran around both. Fastest run in ages! (Cool temps I'm sure help). 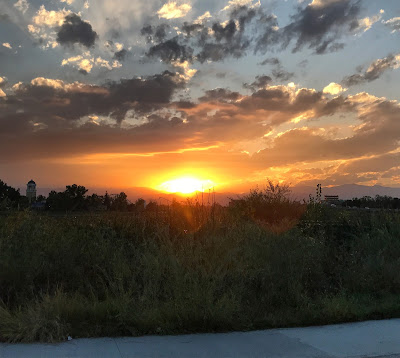 The theme for run club was a GABF, so we had our own mini-GABF. We all brought in a bomber and sampled different beers. Fun night! 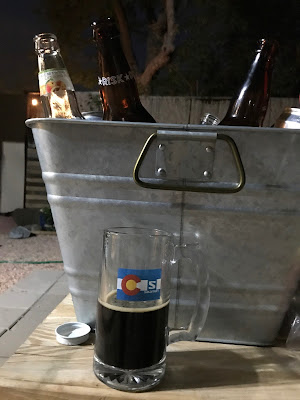 Friday (11,242 steps) - Barre with Kelly.
Saturday (14,131 steps) - Luckily, Runners Edge's run overlapped with the community/team run at the Runners Roost store in Lone Tree. We had the 7.5 mile turnaround aid station, but neither of us wanted to run that far. 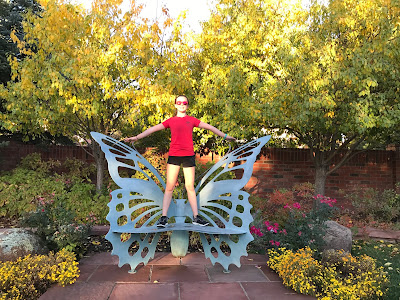 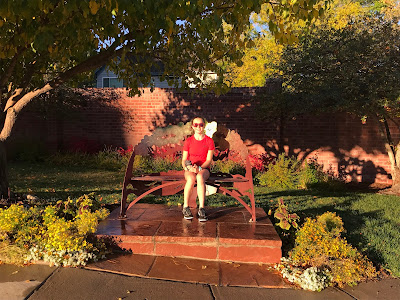 A and I decided to just run to the first aid station and then head back - hopefully seeing our teammates before they all headed out. We ran just over 4 miles and sure enough, got back to the store with enough time for some hellos and a team picture. 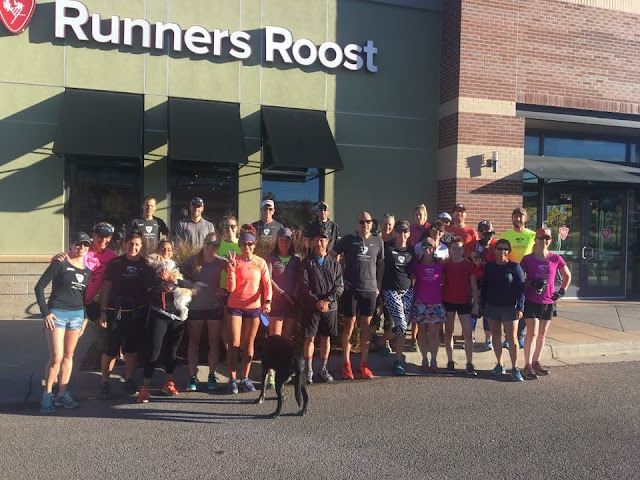 We spent HOURS at the store - luckily it was a breakfast potluck, so we had plenty of food. Lots of raffles for both Runners Edge and the team. Between the two of us we won a box of Honey Stinger waffles and a pair of Smartwool socks. 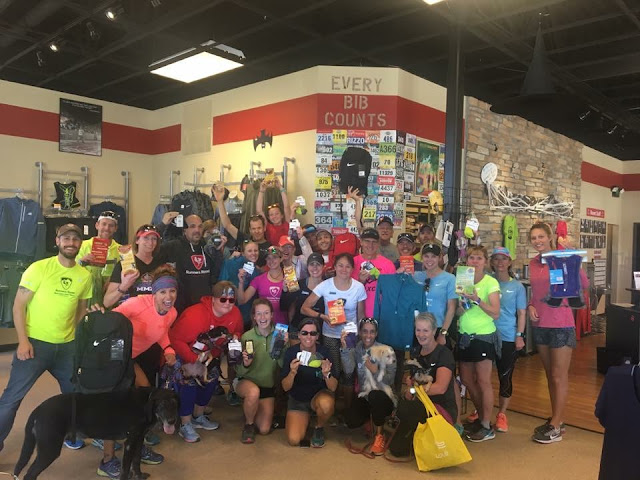 We rushed to pick up our aid station at 10:45, ran home to change clothes and then over to Berkeley Park for their first gear swap. Sadly, it was an afternoon of standing around and not offloading anything except a few running skirts to Kristen. We did, however, make enough money for Torchy's for dinner!
Sunday (28,417 steps) - Louisville trail half marathon. 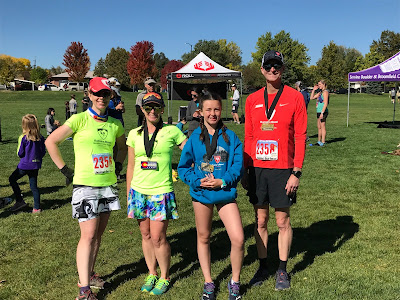 After the race we headed into Boulder to visit the Roost and pick up my free pair of Asics. I didn't like any of the pairs I tried on so I ended up giving my free shoes to a random lady who was trying some on. Decided to go to the Southern Sun for brunch and to get a beer (there were some new dark beers on tap from the GABF!) We played scrabble AND I FINALLY BEAT A AT A GAME. 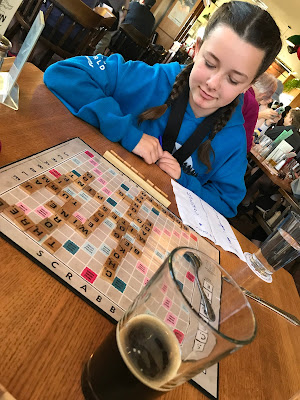 Put some chili in the crock pot and went to barre with Heather.
Monday (5,511 steps) - FIRST SNOW OF THE YEAR. Womp, womp. Thankfully, with it being Columbus Day there wasn't a ton of traffic so my commute wasn't a nightmare. Skipped the run at New Terrain because it was snowing heavily and we weren't in the mood. As you can tell by steps, I pretty much didn't move all day.