Tuesday (9,228 steps) - Barre with Sasha. A had her last Tuesday night gymnastics class. They discontinued her class because of low enrollment. She is taking a break for a while and said she doesn't "see gymnastics in her future." LOL, ok. We may re-visit in the spring.
Wednesday (16,812 steps) - We had a LOT of options for run club. We had planned on FRXC at Mt. Falcon, but my calf has been a little wonky and I decided I'd rather not run a technical trail in the dark, especially one I'm not very familiar with. Instead, we decided to go to Runner's Roost in Louisville for THEIR run club. In all the years I've been running with the Roost, I had never been to theirs! We ran with a teammate on their mid-distance route, 4.7 miles on the Coal Creek trail and in the neighborhoods. It was also their "third Wednesday," which meant people brought in their home brews and bombers for tastings. Yum! 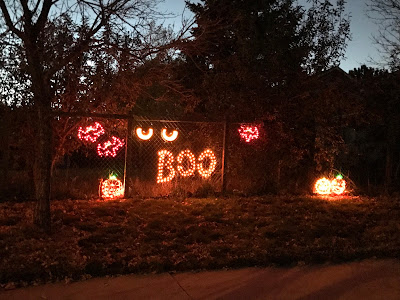 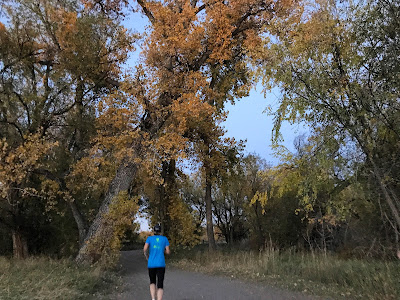 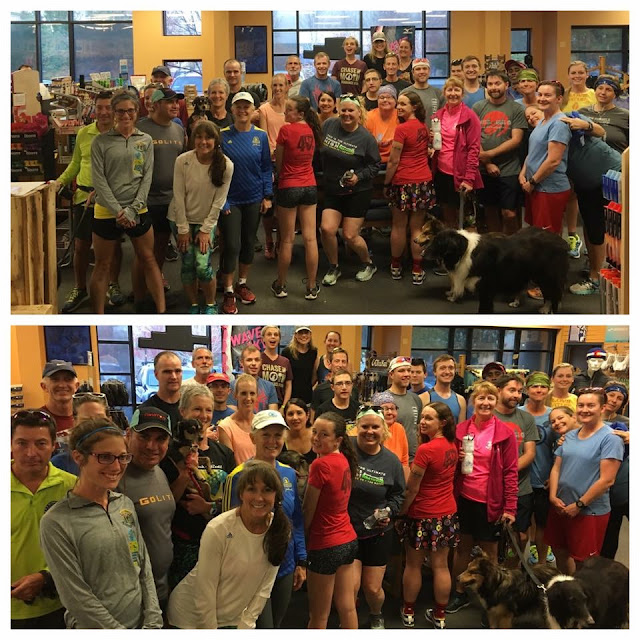 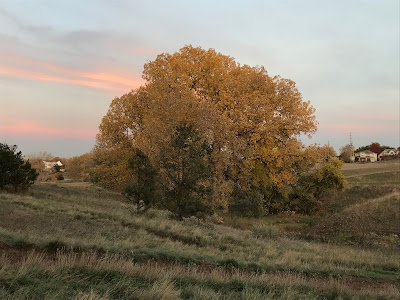 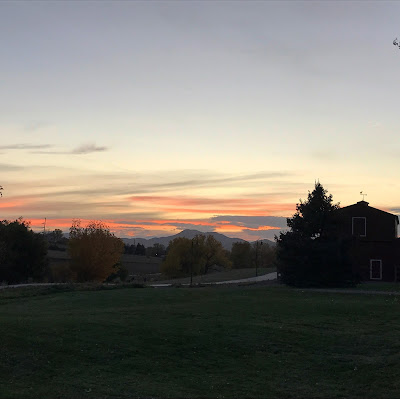 Friday (10,693 steps) - Barre with Kelly. After work I picked up Lisa and Lucky and we headed to a new-to-us brewery near her house. Little Machine was pretty cute, but the patio was teeny tiny. 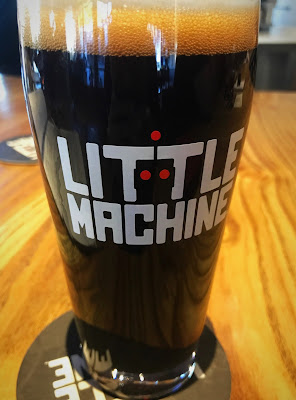 After having a beer we went back to her house where we gabbed until LATE.
Saturday (21,503 steps) - Since I ended up not having an aid station for Runners Edge, I went to the Denver Roost for the Colfax pancake run. I had never been to one of them and it was PACKED - I'd guess around 200 people! 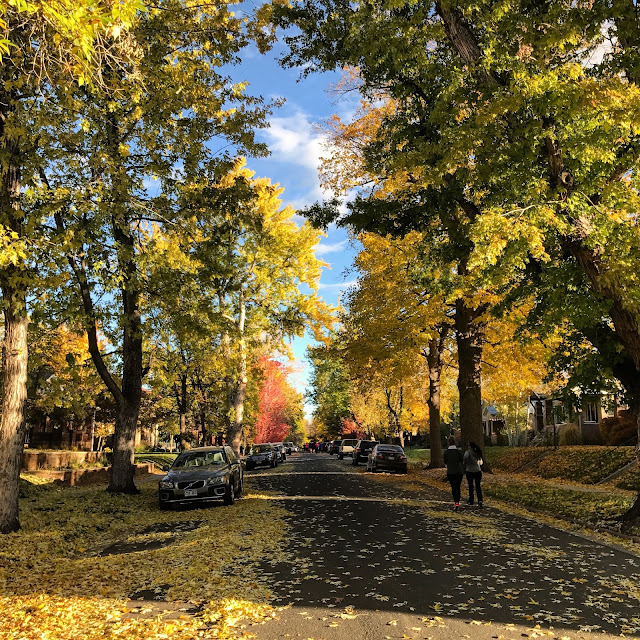 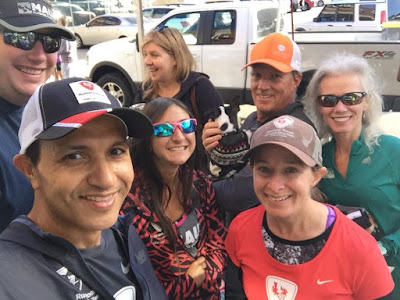 I ended up running with Chris, stuck around long enough for pancakes, then went to Berkeley Park for THEIR Saturday run. I'm about 2 minutes per mile slower than everyone else, so it was a bit tough - plus it was the WINDIEST EVER. Either way, I managed to get in another 10K for the day. 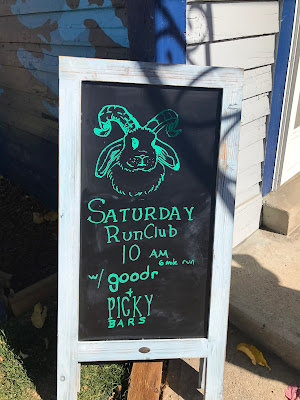 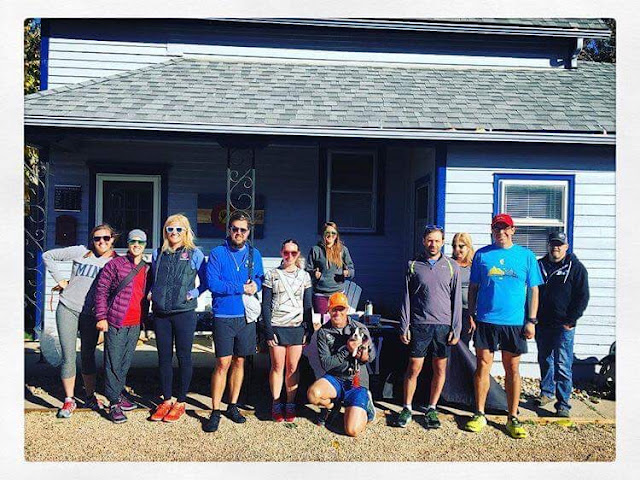 I later met up with Lisa at Yak & Yeti / Spice Trade. We had a buffet lunch and a beer, and chatted again for a few hours. 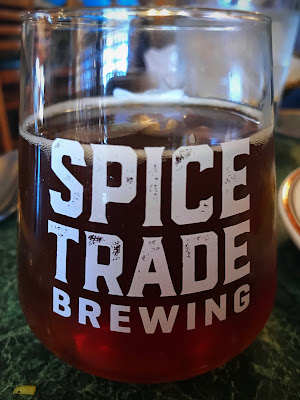 All of a sudden it was after 4. I spent the evening watching the original "Saw" movie and catching up on reruns of the Walking Dead.
Sunday (11,103 steps) - Opted to NOT set an alarm. Woke up around 8, went out for a run around 8:30. I haven't run in my own neck of the wood in AGES. I thought maybe I would do somewhere around 4-6, and ended up running 5. The most exciting part was finding another egg! This one was off the trail a bit, and it was after 9 when I picked it up. Beautiful fall day, took it pretty easy. 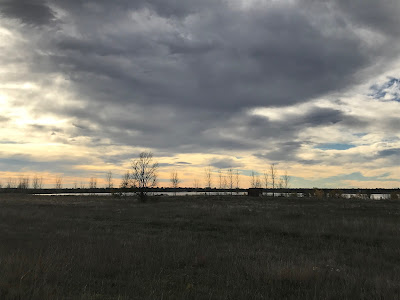 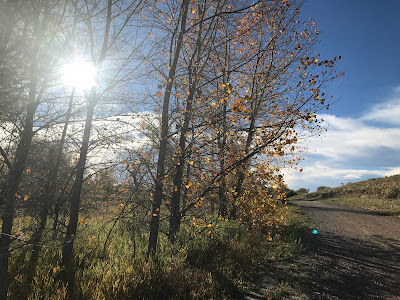 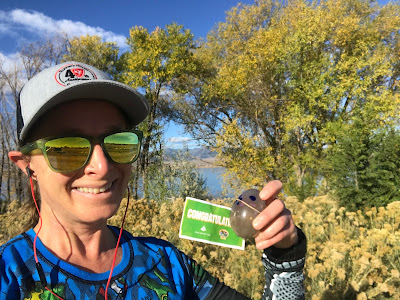 Met up with Jackie (for the first time since MAY) for an early lunch. Per the norm, we ended up talking until about 5:30!! Headed home to watch the season premiere of the Walking Dead.
Monday (7,413 steps) - Nothing. This was A's last night of gymnastics for the foreseeable future. With the cancellation of her Tuesday class there really isn't a good night for her to attend. We were able to squeeze this one in as a make up. We'll see, I know of another gym that probably has class options, but we are taking a break for now.