Tuesday (8,003 steps) - Nothing. Planned on going to barre at lunch. Then I got to work and was reminded we had a meeting, so I had to cancel. A skipped gymnastics so we could go to the "United the Front Range Trailrunning Groups" at Lyons Park. I opted to not run because 1). it was cold and rainy and 2). the run was a relay, with each person running 2.5 miles. I was actually surprised that A wanted to run, especially since the run didn't start until 6:45. 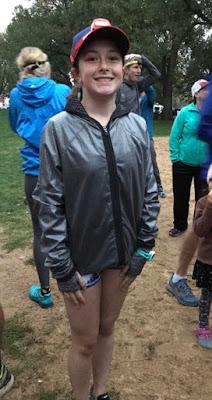 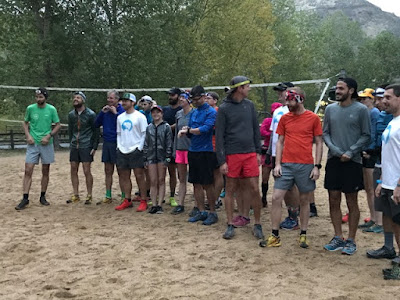 She got paired with a few guys who thankfully let her go first, since apparently there was an ooky, narrow section with a large drop off. At least it wasn't pitch black or pouring during her race. While A was running, I was eating pizza and having a beer. She is badass, conditions were pretty terrible.
Wednesday (15,911 steps) - It had been raining ALL morning. Thankfully, by the time I picked up A it had stopped and was just overcast and chilly. Last Lakewood Trail Series race! I had been thinking that we might have to run on pavement because of all the rain we had the last few days, but upon arrival we were told that we would be running the same 4 mile route we had the first race. At the last minute I decided I would be fine just wearing a singlet and my skirt.
I ran the first mile with Dulce and then was solo the remainder of the race. Walked a few small sections in mile 2, but otherwise, ran MUCH better than I had the first time around - about 3 minutes faster. Managed mid 10 minute mile pace, with my last mile being 9:30 and a sub 8 minute mile sprint! 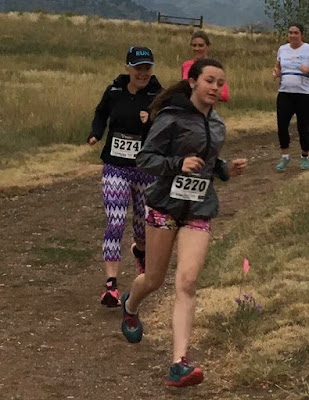 Afterwards we stayed for the potluck/BBQ. The Westfax brewery was there and we had a lot of junk food for dinner. 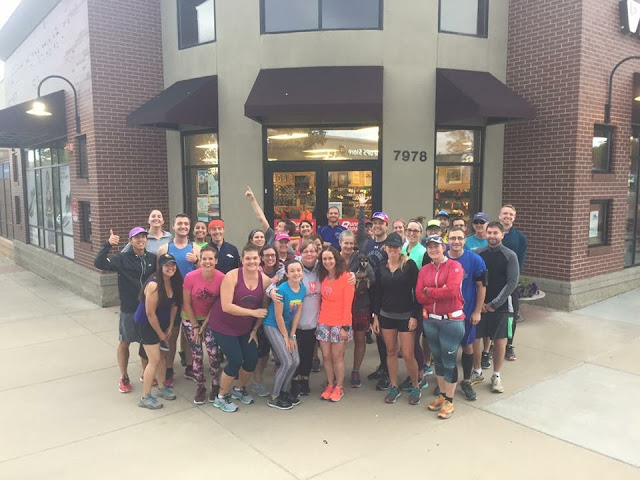 I had thought that I would be walking to "taper," but at the last minute we decided to start with a run and see how we felt. Meredith joined Dulce and Matilda and I (A ran super speedy with Laurie and Annette). It was pretty darn chilly, I was glad I had worn long sleeves. Andy had made some pineapple-fanta-alcohol drinks, accompanied by jell-o shots. Those were tasty. 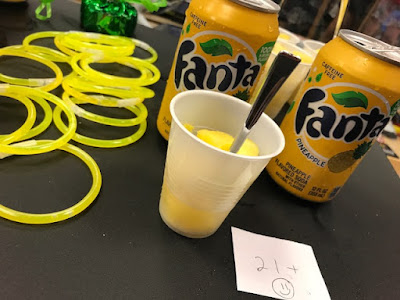 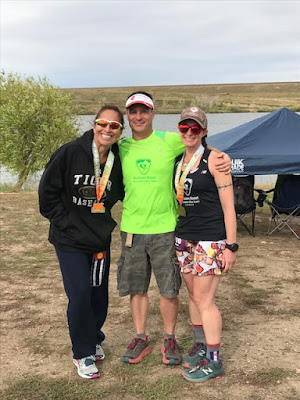 After I picked up A at Cattail we went back to the finish line. I was finally hungry after running and we had Flippin' Flapjacks (pretty much the best pancakes ever) and sausage. We stuck around until the wind picked up - then we decided it was time to head home. We didn't get home until 6:30 and by the time we showered and had dinner it seemed like it would be a good idea to go to bed.
Sunday (8,003 steps) - Up even earlier because as much as I tried to negotiate arriving "late" for volunteering, I was told I needed to be there by 5:15 (we had gotten up at 4:30). We didn't arrive until 5:30, but it was enough time for us to get set up with packet pick-up. 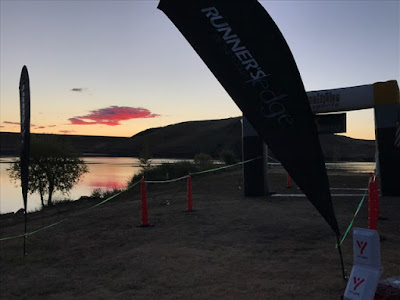 The half marathon started at 7 and A started to get ready to run the 10K around 7:30. It was a fun morning of handing out medals and taking pictures of teammates. A ran a fantastic race, almost 10 minutes faster than last year! 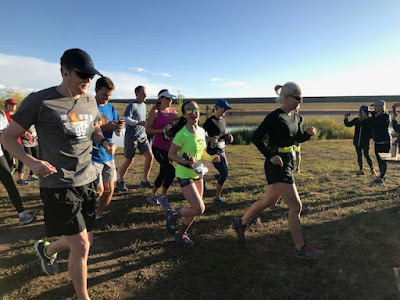 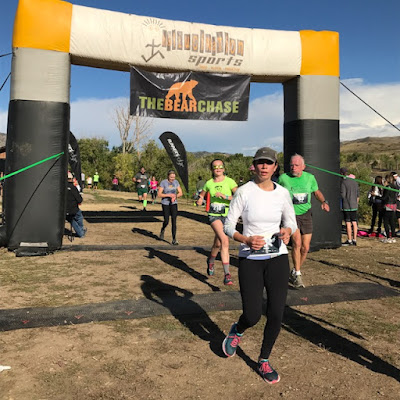 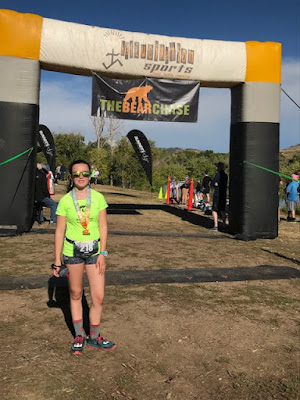 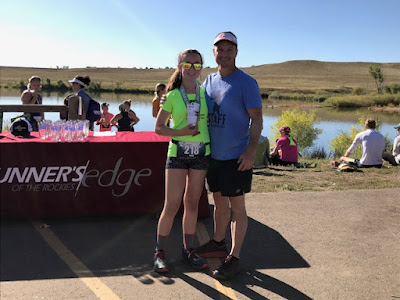 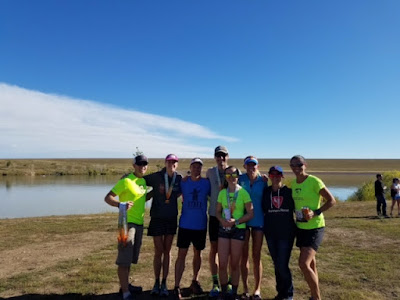 The last runner didn't come through until almost 11:30 and then we helped with tear down until we left at noon. Immediately headed home to shower so that we could meet up with Dulce for family pictures!! Some of my favorites: 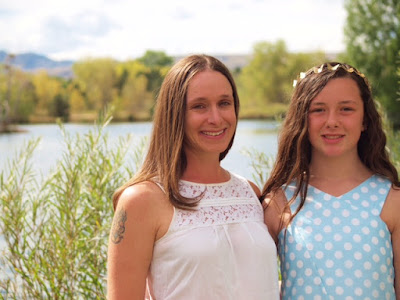 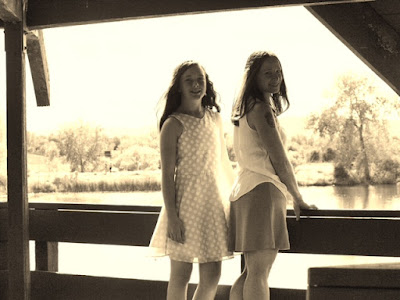 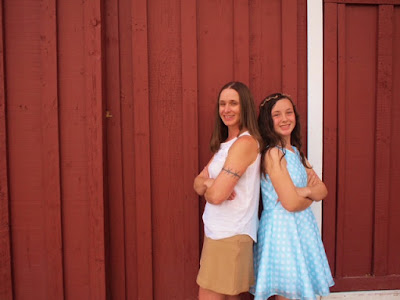 After we got pictures done we went to this cute restaurant in Belmar for snacks and drinks - until the weather took a turn for the worse an it got cold. Our afternoon was cut short and we headed to the grocery store on our way home. In bed early again.
Monday (5,650 steps) - Turns out that it was a good idea to schedule A's make-up gymnastics class for this night as it was POURING all day and we would have skipped running North Table anyway. As you can see I literally did NOTHING all day.