Tuesday (17,042 steps) - Upper body strength training. This was a surprisingly "different" workout, and I enjoyed it. Not moves that I normally do. Since I am not going to be able to do a video on Friday (because I'll be at Ragnar), I figured I would have to do a "double" day. The evening video was HIIT cardio and abs. (Note: seemed reasonably difficult when I was doing it and the next day my abs were screaming).

Wednesday (21,501 steps) - Upper body strength and cardio. Probably not the best idea to do back to back days of arms. My triceps were already pretty sore after yesterday's video. As a note, the cardio was jumping jacks in between every set, which I kinda liked. This was a good video. Super quick trip to the gym for 2 miles.
Thursday (15,561 steps) - Woke up at 4:15 and couldn't go back to sleep. I tossed and turned, did a load of laundry and one of my favorite videos, the butt & thigh "drop it like a squat." Because I am the most intelligent person on earth, I planned to leave for Angel Fire right after work. Like in the middle of rush hour. My dad was kind enough to bring A to my office, and we left right at 5. And promptly sat in horrible traffic. We didn't even get to Colorado Springs (something like 75 miles away) for well over 2 hours. We hit some rain and stopped at Hu Hot for dinner. When we were done eating the rain had subsided, only to pour on and off. Finally we stopped for the night in Colorado City because the rain was so bad I could barely see. I can't see the best at night to begin with, and pouring rain makes it worse. We were in bed by 10.
Friday (25,433 steps) - Up by 5:30 and then quick breakfast at 6 before heading out. Stopped in Trinidad to buy bottled water. Arrived in Angel Fire without further incident just after 9:00. I'll blog about the race itself, so I'll leave it at that - but will put in the picture before leg 1. 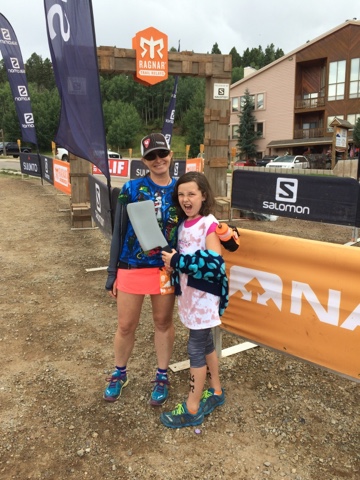 Saturday (32,018 steps) - Finished up with the race, helped gather up trash and pack up gear before heading out just after 3:00.
First we got stuck behind the slowest and most nervous drive ever leaving the resort. Once the road straightened out we got stuck in MORE pouring rain. I swear, the rain follows me. We drove in questionable and hard to see conditions all the way until Trinidad. Stopped at Applebee's for dinner in Pueblo (which was delicious), and got home just after 9:00 pm. Even though I was exhausted, we unpacked the car, I threw in some laundry and had a beer. Bed by 10:30.
Sunday (15,776 steps) - The weekend caught up with me and I slept until 8:30 - which is CRAZY late for me. We had coffee and pastries for breakfast. Was sore/exhausted so I did the optional pilates video before taking the kids to the park for some ring toss and horseshoes while Jessa went to the gym. 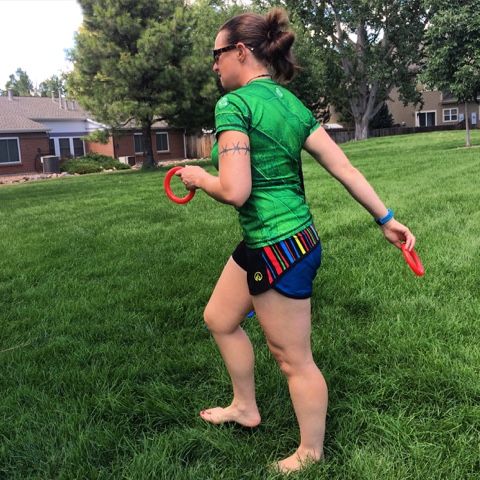 Then we all went to the park down the street for A's start of the year Girl Scout BBQ. Unlike New Mexico, it was sunny and a jillion degrees. Back to Jessa's for an hour and then over to my parents house for my dad's birthday dinner of lasagna and angel food cake. Second dinner of homemade chicken meatballs with Jessa and early to bed.
Monday (15,747 steps) - Up early because I had a doctor's appointment. After almost a year of fighting with my current doctor over incorrect billing I finally got fed up and switched. Of course I had to go through all the paperwork and initial "new patient" nonsense. However, they were quick and efficient. If they get the billing done right I think I'll be pleased. Skipped the gym and did a kettlebell video (using dumbbells since I don't own a kettlebell). Jessa and I watched the Walking Dead (since we had forgotten to watch on Sunday) - bed by 10:30. Phew.