Tuesday (14,888 steps) - Didn't go to the gym. Video of the day was cardio and abs and blissfully only 21 minutes long. I almost attempted the additional 8 minute abs video and realized I'm still way too weak for 50 second sets (womp).
Wednesday (19,700 steps) - Up early (barely) to do the video of the day - HIIT and cardio kickboxing. The HIIT was definitely challenging. Not sure how much the kickboxing does for me since my brain is very slow and I can't seem to get the moves right. Either way, I was done before 6:45, so that was nice. After work I went to run club - no pictures (?). An easy 2 miles. What was great about this run was that it was legitimately an EASY TWO MILES. I know it sounds dumb, but I've been struggling for so long that to have an "easy" feeling run (at a decent pace) is pretty fantastic.
Thursday (24,076 steps) - Cardio warm up, Six Pack Burn Out (Core) and yoga cool down. I keep saying it is shocking how weak I've gotten, and this workout proved it again. These core exercises that used to be "bearable" are now so incredibly challenging I can barely get through them. Gah. After work I ran a fairly decent 3.7 miles on the treadmill. It does, however, seem really daunting to ever get into double digit runs again. I don't know how I ever did it. After the gym A and I made a quick stop at Build a Bear for their 40% off sale. I could not resist Chewbacca (dressed as a Girl Scout?) 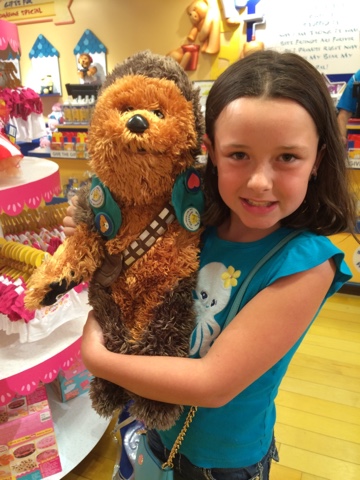 Friday (15,721 steps) - A new type of workout for me today - kettlebells. Well, and since I don't HAVE a kettlebell, it was really just doing my best with dumbbells. Warm up, kettlebell cardio, cool down and stretch. After work A and I took Jessa out to dinner at a new Mexican restaurant, Corona's, as a "thank you" for housing and feeding us. A bit of shopping and then home for some relaxing.
Saturday (20,536 steps) - Up fairly early because I had to take my car in to the shop. Due to the fact that I still don't have a physical driver's license (remember, I lost it during Ironman when we were volunteering?) I wasn't able to schedule a loaner. A and I walked down to the High Line Canal and went for a super sweaty 5k run before heading back to get the diagnostic results about my car. 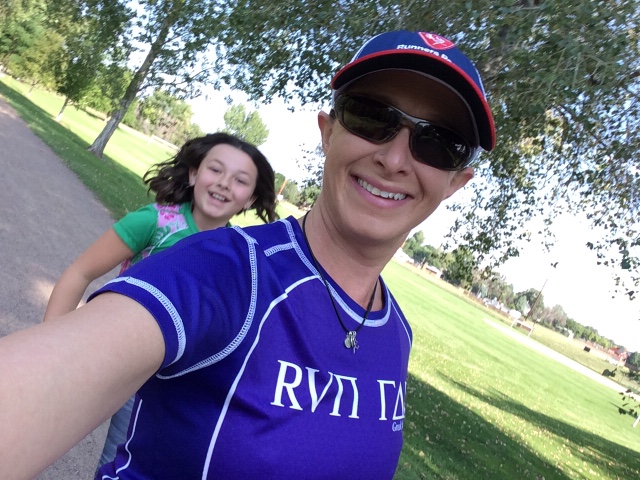 Turns out to be nothing major (yay!) and thankfully they went ahead and gave me a loaner (since I have gotten them from them before).
﻿﻿
We went to lunch at the new bakery/cafe Kneaders and I had a delicious salad.Spent some time shopping at Target and then I took A to the Wheat Ridge rec center for a few hours.
Sunday (26,852 steps) - Was sort of dreading getting up to run because 1). running is hard and 2). it's been really hot. I hit snooze and then finally got up to go run. I had hoped to go between 5 and 8 miles, depending on how it went. Pleasantly surprised that it wasn't a fiery inferno outside - temperatures were near perfect. The three miles out were not great, but the three miles back were. 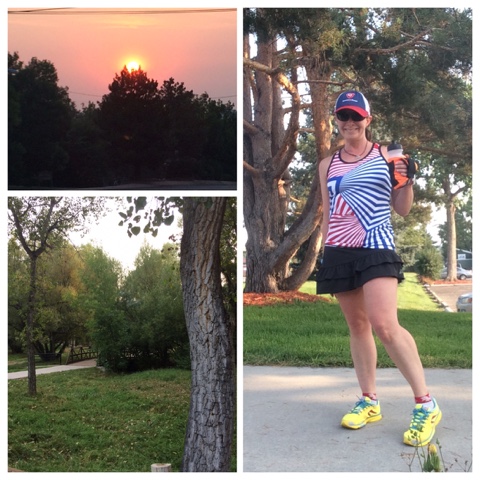 Lounged around a bit in the morning before meeting up with a guy who was buying A's old bedroom furniture. That was quite an adventure as all our things are still in "storage." We went to lunch with Jessa at Sweet Tomatoes and then did a bit of shopping so she could get a new storm door. A and I went roller skating for a few hours. 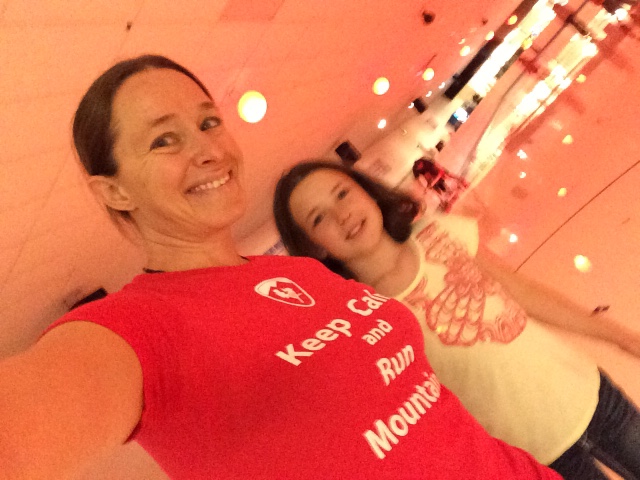 Dinner at Hu Hot, which was SO DELICIOUS. I had never been there and I was very pleased with my experience - I will be back! A went to bed and Jessa and I watched the new "Fear the Walking Dead" - which was pretty darn good!
Monday (22,473 steps) - Hit snooze before getting up and doing HIIT cardio butt & thigh. I was pleasantly surprised with the HIIT not being that terrible. I finally (FINALLY) got the newest INKnBURN kit in the mail - and I LOVE IT. In case you missed it, I am HUGE fan of bright color. So of course I had to test out the capris at the gym. Ran a fairly decent 3.6 miles. 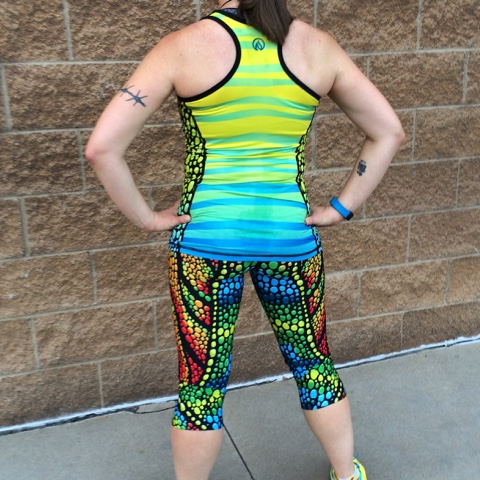