Tuesday (21,647 steps) - I did a LEGIT hill run on the treadmill. Of course there was walking on some of the inclines. Because I'm not crazy (nor in shape) to run at 7% incline right now. I did my best to at least slow jog though.
Wednesday (17,408) - Run club! Well, minus the running. Heather is still injured so we just walked around the block and socialized. Isn't that half the fun? 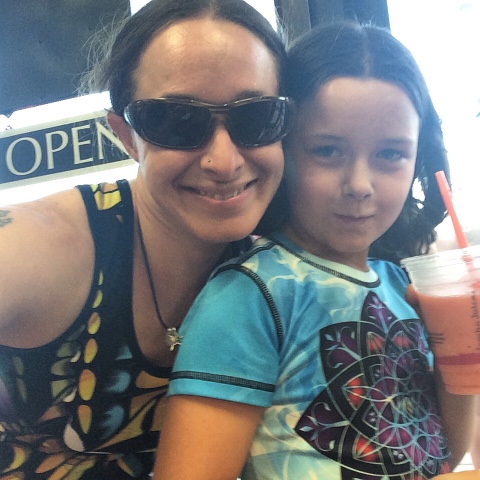 Thursday (18,229 steps) - I had briefly planned on going to the gym. Then decided not to and had a complain-fest with my lovely friend Jessa. In house news, I did NOT close in the morning like I was supposed to. However, miracle of miracles occurred and I got a call at 6 pm that the buyer was able to figure out financing and we would be closing on Friday!
Friday (20,746 steps) - I went to work early because I left early for... CLOSING ON THE SALE OF THE HOUSE?! Immediately after I picked up A and we headed down to Highlands Ranch for volunteering at Chase the Moon. I was a bit bummed to not be running this year, but we had a great time being course marshals. 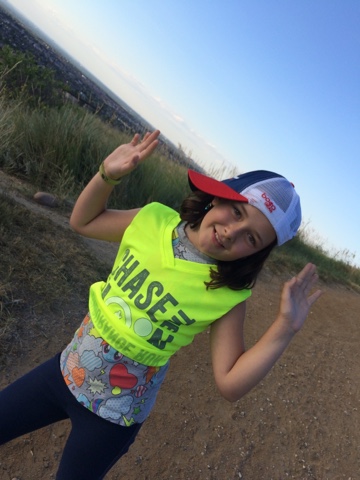 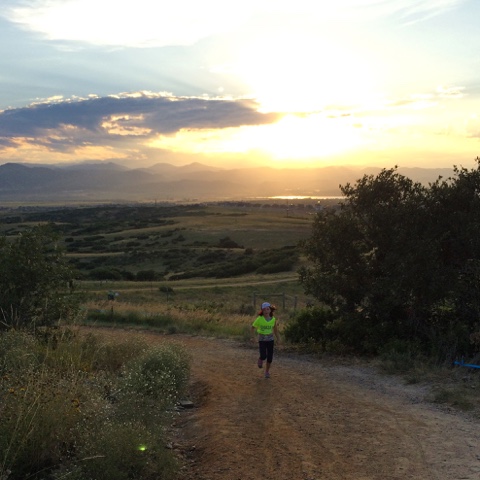 Our shift was from 5:00 to 10:00. We headed down to the start/finish and spent a few mintues chatting with Heather, Phil and Clark. Then I had to drive A over to my parents house since I was racing in the morning. I did not drop her off until after 11. After getting all my gear ready it was after 11:30 before I went to sleep.
Saturday (41,583 steps) - Up at 3:37 am to drive to Estes Park to run the Rocky Mountain half marathon. 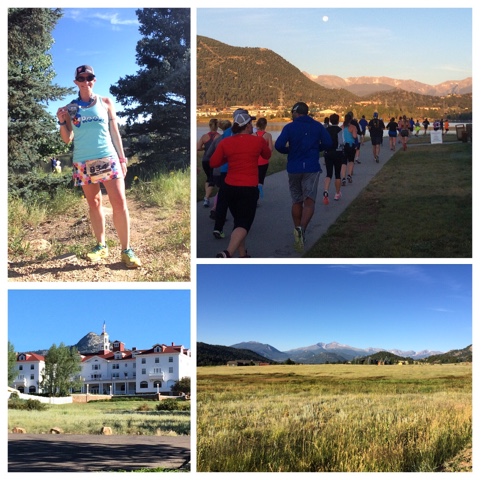 On my drive down I stopped in Boulder to pick up my limited edition Newtons. They might be a little "over the top" with Colorado pride, but these are so cool!! 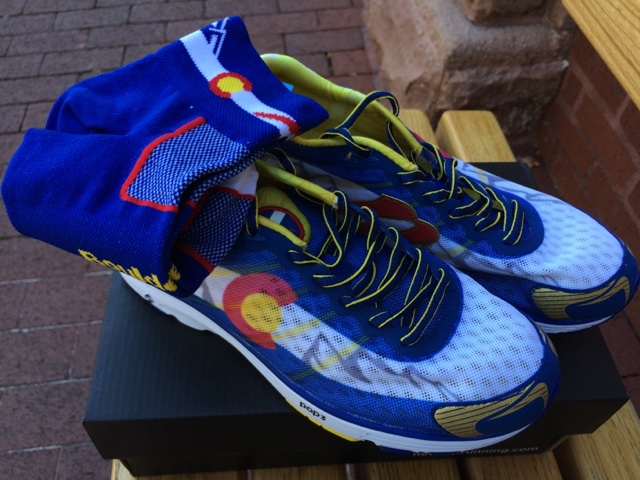 I picked up A, quick shower, and then we went to see Pitch Perfect 2 again (at the cheapo movie theater). Dinner with my parents and then early to bed since I pretty much had not slept at all.
Sunday (13,349 steps) - We went to breakfast at IHOP and then I took A to the skating rink. She is trying to graduate from skates to rollerblades. She was having issues learning to stop as the blades don't have brakes. Hoping SHE doesn't break.
Drove up to Boulder to volunteer at Ironman Boulder! Randomly ran into Heather and Dan (go figure, just outside the Newton store) and went to Cheesecake Factory for a pick-me-up. A had the Godiva and had Key Lime. YUM.
We were at the same aid station that I volunteered at last year on the run course. Volunteering was fun like always. 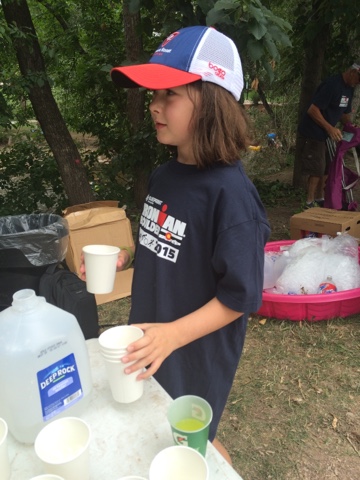 My older sister randomly showed up and volunteered with us until it was time to go watch her friend finish. We made plans to meet up at the finish line to get some food. And then, I pulled my phone out and realized I LOST MY DRIVER'S LICENSE. Of course I did. At the most crowded event in Boulder. So after we got done A and I wandered around Ironman Village looking for a lost and found. After speaking with the Boulder police and numerous volunteers, I was told there is NO centralized lost and found and to just keep calling and hope that someone turned it in. Arg. Met up with my sister and we went to Southern Sun for dinner - grilled cheese with bacon. In bed late AGAIN, after 11.
Monday (16,939) - My dad brought A down to my work because we were going to the Rockies game with Heather! We had dinner in the clubhouse and seats right behind home plate. A had a BLAST, and I was surprised she wanted to stay for the entire game. 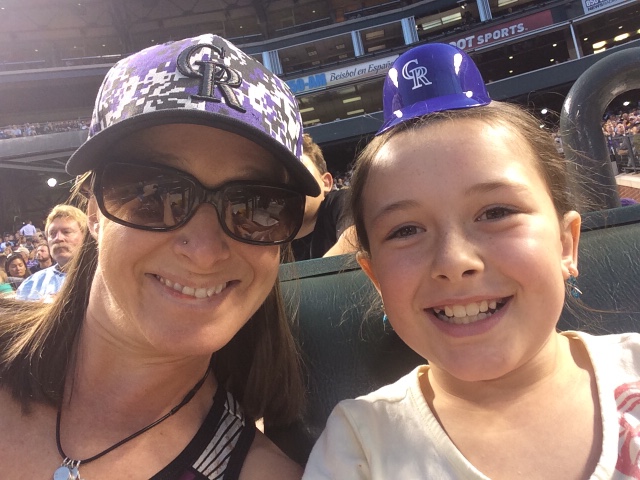 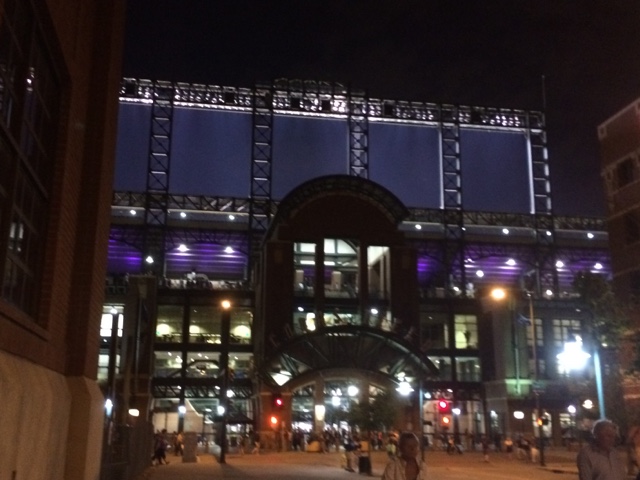 Since we stayed until the very end, yet ANOTHER late night. (I'm too old for this).