Tuesday (21,058 steps) - Went to the gym after work. Thought maybe I would get a run in, and I did. But not a great one. 1.7 miles that felt a lot harder than it should have. Was there ever a time that running felt "easier"? I don't remember. FINALLY, I have decided to actually start doing my cross training and strength training again. Believe it or not, I'm not enjoying being tired and getting weaker. So I pulled up the 8 week training program I purchased (weeks ago? a month ago?) and actually got it done. And by got it done, I mean that I felt like I was dying and could not believe how much my fitness level has decreased. Cardio warm up, Belly Fat Burner HIIT and Yoga cool down.
﻿ Wednesday (17,487 steps) - I had plans to go to the gym after work but the gym daycare was full. A and I went and looked at a placed that we really liked, not sure if that will work out or not. Crossing fingers. Day two video! I had misread what this one said, I thought it was just some upper body weights. I found my weights in storage, loaded up the video and discovered the video DID have upper body, but also a LOT of cardio. Wheeee. Upper Body Strength and Cardio. Again, it's really ridiculous how out of shape I have become. Thirty minutes of exercise should not be so exhausting.
Thursday (20,788 steps) - I met A downtown in the flower garden for lunch. (Well, she ate, I didn't). Her Girl Scout troop went to the art museum and then spent some time drawing flowers. 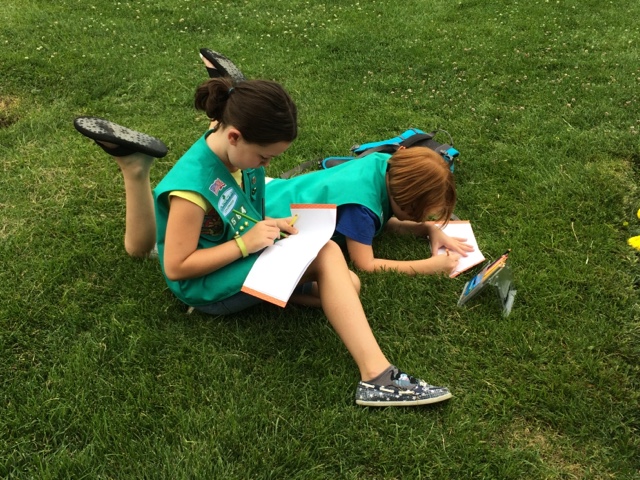 A spent a little extra time with my parents because they had a cheese and chocolate party to go to in the late afternoon (seriously, their friends are so fun!) so I went for a short (yet horribly hard) run on Ralston Creek trail. 2ish miles that were so slow, yet felt like race pace. Womp. Then I did the video of the day - bodyweight cardio (supposedly a "recovery" workout - yet pretty dang difficult for me).
﻿ Friday (11,616 steps) - Up early to do my video before work. After reading the description I was dreading it a bit, but it was not as bad as I thought it would be. The hardest part of the butt and thigh video was the jump squats. Seriously, jumping is so hard. I left work early to pick up A so we could head out to Lake McConaughy to meet up with friends. We got out of town just before 5 and then promptly hit a terrible storm in eastern Colorado. Stopped at Pizza Hut for dinner and didn't arrive at our destination until 9:30.
﻿ Saturday (4,870 steps) - Up fairly early, but when you are with a ton of other people, you realize that you are not on the same schedule as everyone else. Had a big breakfast and then we headed to the lake. I mostly napped on the beach. A went out on the jet ski and for a boat ride. Mexican fiesta for dinner and then fireworks in the evening. I literally did NOTHING all day long. 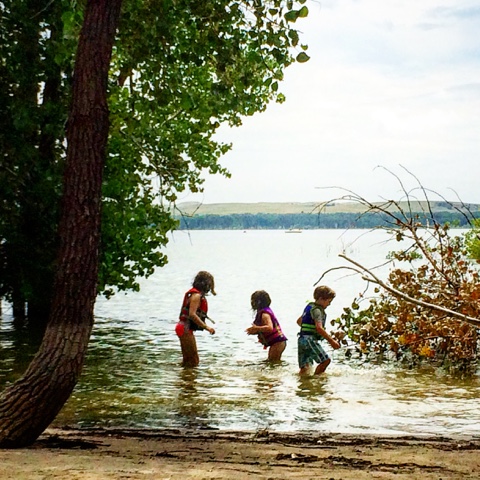 Sunday (8,154 steps) - Did not sleep nearly as well. A had a nightmare around 1 in the morning and I could not get back to sleep. Up early-ish again, another big breakfast and then another trip to the beach. I again spent my time lounging on the beach, doing nothing. It was pretty spectacular. 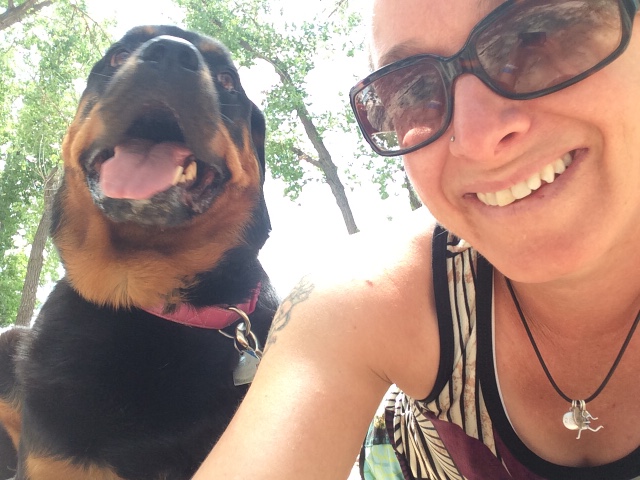 We had hoped to have dinner with everyone before heading back to Denver, but the restaurant was almost an hour in the opposite direction so we took a sandwich to eat on the road. Hit another storm in eastern Colorado and got home around 9 pm. Of course after unpacking and unwinding I didn't get into bed until close to midnight. I'm too old for this!!
Monday (19,913 steps) - Went to the gym and ran a whole 5k. It was actually not a terrible run. Legs a little tired but no cramping, so yay! Then I did my video for the day - a HIIT and lower body strength video that reminded me (again) just how out of shpae I am. Womp.
Stats:
Everything Else: