Tuesday (14,407 steps) - Opted to skip the run and only do my Fitness Blender video. I was really psyched about this one just being more of a strength workout - cardio warmup and upper body strength and abs.
Wednesday (16,668 steps) - Had pretty much the worst night sleep ever. I woke up at 2 am. After not being able to sleep I went ahead and did my video for the day, one I was DREADING. Doing HIIT at 3:30 in the morning when I was exhausted might have been a good thing. I had half a zucchini muffin, took a shower and finally fell back asleep around 5. I had plans on going to run club but I was just too exhausted after my lack of sleep. Instead, I went to bed early.
Thursday (19,279 steps) - A and I had gotten up to watch the meteor shower (and we were disappointed, we didn't see anything) so I didn't get a ton of sleep. However, since I had gone to bed early the night before, I felt so rested when I got up. Relieved for a non-cardio video - a new upper body video I hadn't done before.
Friday (16,677 steps) - Got up early to do a HIIT / Pilates video. It was not nearly as bad as I expected (less HIIT, more pilates). I had taken the day off from work so that A and I could go to Water World! I had not been there in many years. We went into the wave pools, on slides and on a ton of rides. It was hot and sunny, but we had a great time. 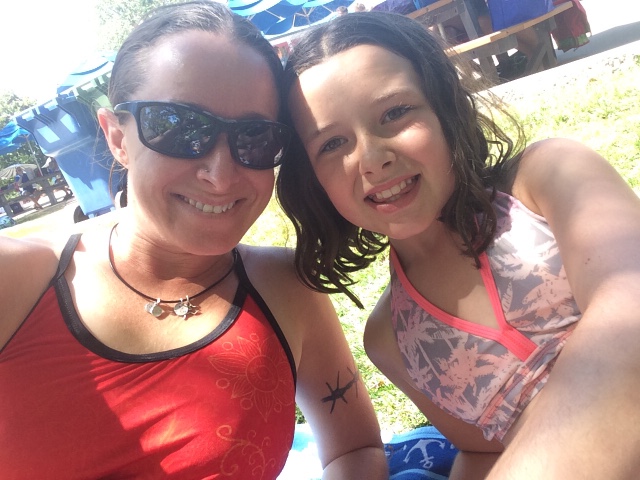 We stopped to get dinner at Sweet Tomatoes before heading home.
Saturday (18,937 steps) - Up at 6 am for "Run Happy" RnR Denver training run at the Roost. We met up with Heather and ran 3.5 miles. A did mostly ok but had not brought water and was pretty grumpy/thirsty. 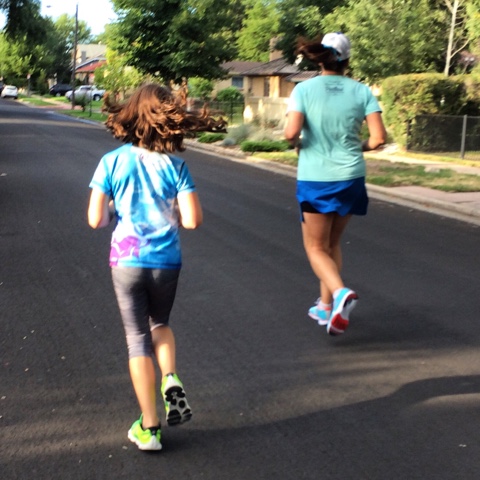 Went back home to shower before heading down to the Garden of the Gods in Colorado Springs with Jessa and Jackson. It was the HOTTEST DAY EVER. Hiked/walked a few miles before heading back. LONG day. 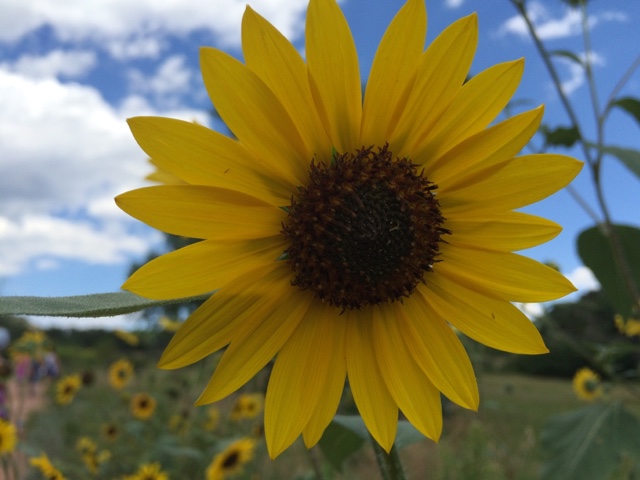 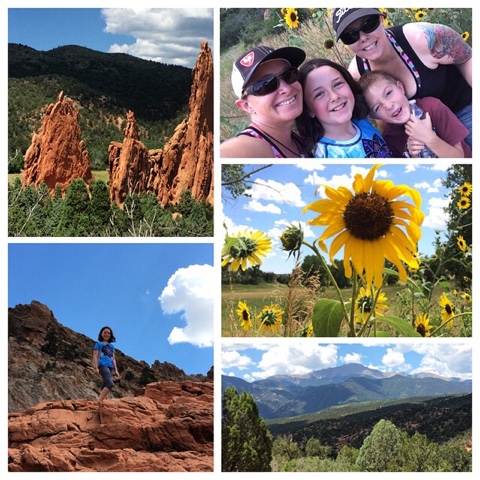 Spent the afternoon at the animal shelter looking at a kitty for Jessa and then a delicious pizza dinner.
Sunday (12,794 steps) - Slept in for the first time in ages. Went on a two mile run with Jackson and A before heading home to help Jessa clean the house. 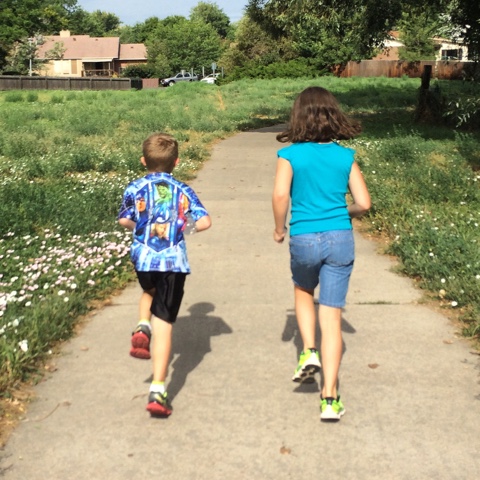 After lunch we went back to the shelter and Jessa adopted the cutest black kitten! Much of the evening was spent getting everything ready for the first day of school.
Monday (24,826 steps) - Even though I had gone to bed early I still was barely able to drag myself out of bed to do the video of the day, a HIIT / Total body strength video. Again, it was luckily more strength than HIIT, so it wasn't the worst ever. And... I have a fourth grader?!? 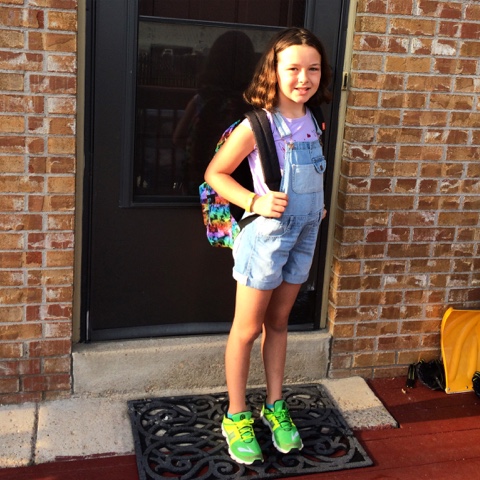 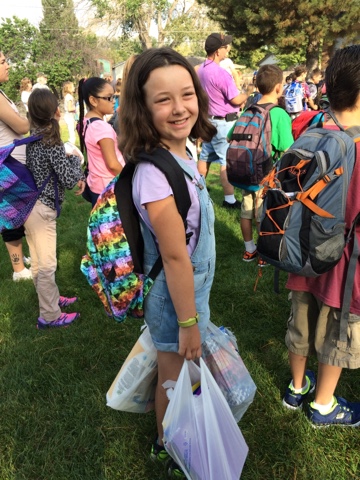 ﻿﻿
After work/school we went to the gym. I hesitatingly say that I actually had a pretty great 4ish mile run.