Day 6 - Dumbarton Castle and back to London

Slept in!! Breakfast at the hotel before stopping at Dumbarton Castle.

We arrived before the castle opened, which gave us enough time to walk around the grounds and get Lisa her sand. 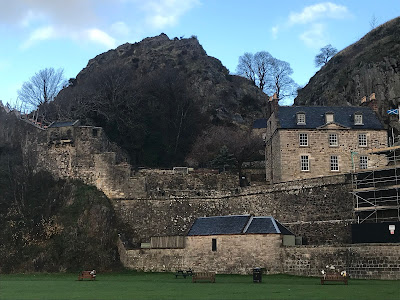 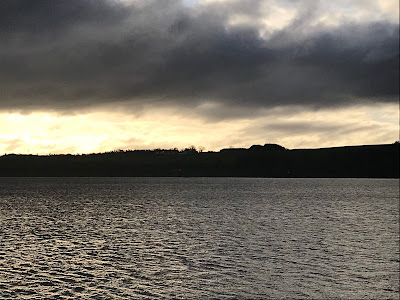 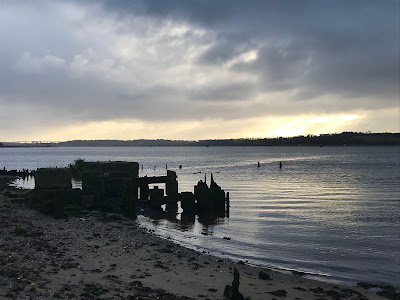 The castle was not super impressive, but the views were amazing! We were even blessed with seeing a double rainbow! 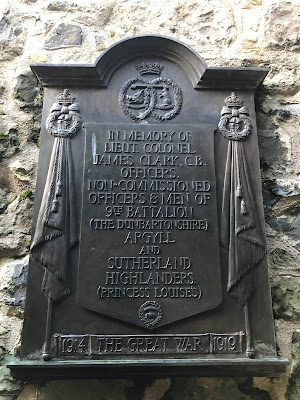 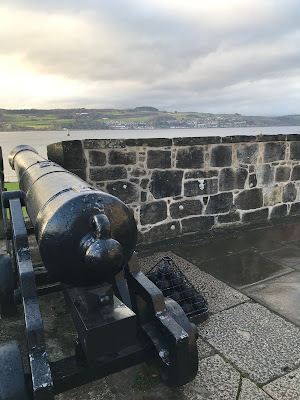 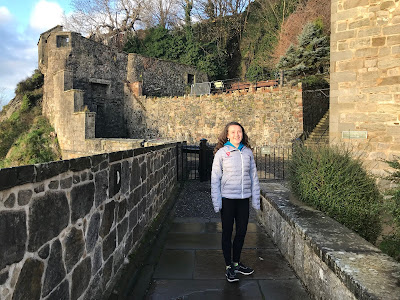 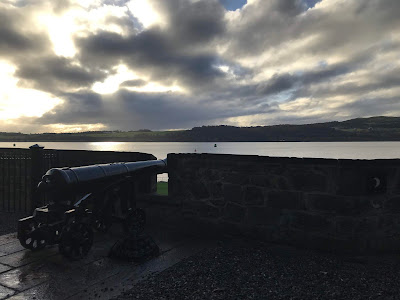 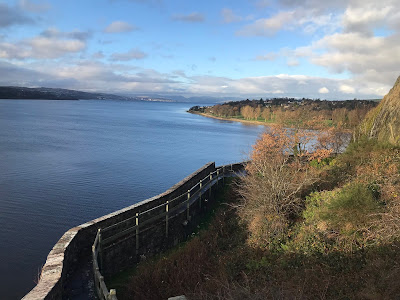 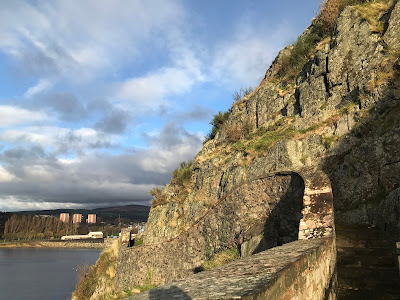 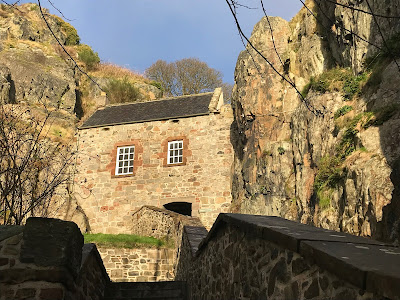 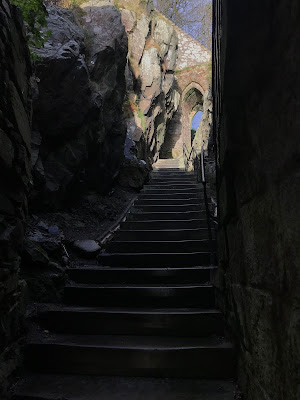 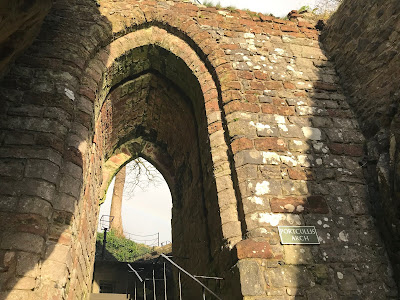 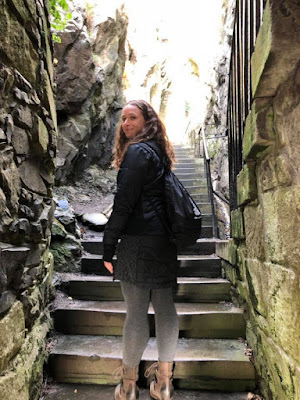 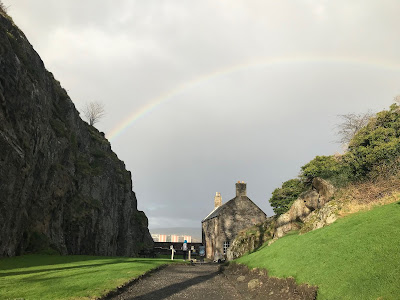 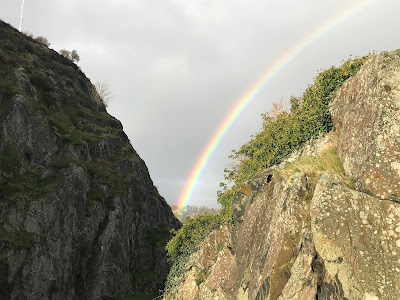 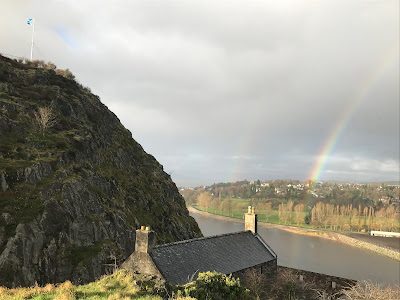 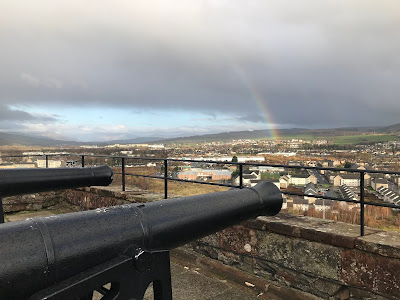 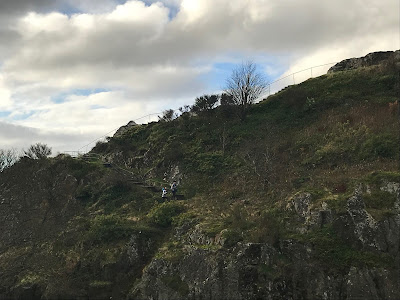 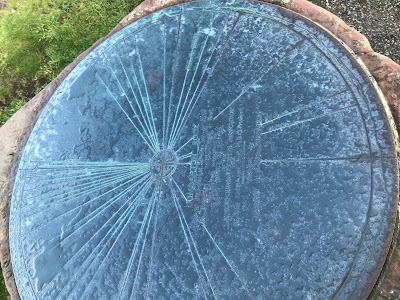 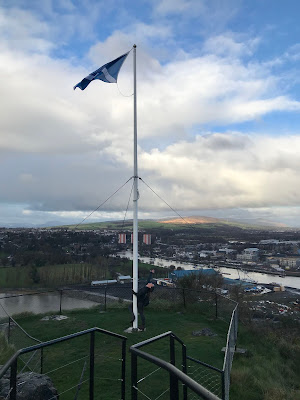 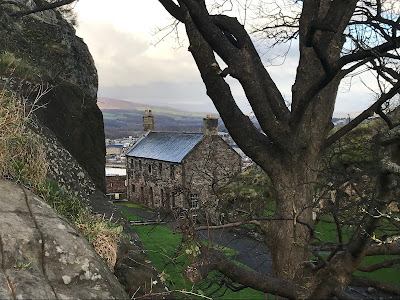 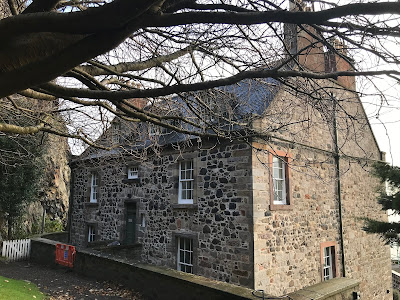 Made it back to Edinburgh Airport with plenty of time to catch our flight to London. Flight was uneventful.

Arrived a bit early. The fire alarm went off shortly after we landed and it was the most annoying sound in the entire world. We had arranged for a private shuttle that would take us directly to our hotel.  First, our driver was late getting us, then it took THREE HOURS to go about 40 miles to our hotel. Part of that was definitely the driver's problem - he kept ignoring what the gps was telling him to do.  It. Was. Miserable. Also, we finally hit the weather we were dreading all trip - RAIN.

We checked in, found out the WiFi didn't work. Went down the street to get burgers, in bed later than planned. Almost a waste of a day. 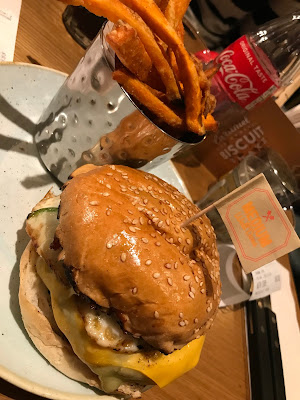