Out the door by 6. Took the Underground to Victoria Station, where we had to buy train tickets to get to Gatwick. 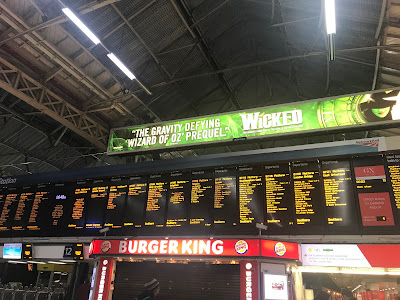 Uneventful, we arrived in plenty of time. Checked in again at the kiosk. There was no information for our gate for another 40 minutes, so we wandered around until we found a Costa for breakfast. Had a cold sandwich and a latte before finding our gate.

We were boarding pretty much as soon as we got there.

I thought the flight out was long? No. This was way longer. On the plane for at least an hour before we departed, then it was almost TEN HOURS in the air. 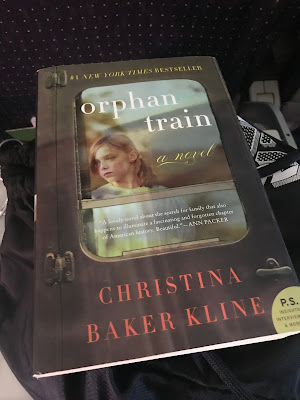 The WiFi wasn't working, so I read a book ("The Orphan Train") and watched a few episodes of Parenthood that I had downloaded.

Landed a little late, got through customs quickly.

Got mad at Park DIA for not taking my Groupon. Apparently the day we were leaving was a blackout (that WAS on the Groupon, but I've never heard of a blackout date for parking). SO.ANNOYING.
at November 27, 2018