Thankfully, I had slept VERY well. Breakfast was out early enough that we had time to eat - although I was pretty sure I ate too much. We headed out the door, assuming that an hour and fifteen minutes would be plenty of time to get to the race. Initially, I had picked our hotel for it's proximity to the race. When I had checked the night before, it seemed were only 10-15 minutes away.

The race started just after 10 (so late!). A and I planned on starting in the back, as neither one of us really knew what to expect out of this race. The website claimed there was 600 meters of gain, which I translated to about 1800' of climbing - similar to the newer Snow Mountain Ranch course, although at sea level. 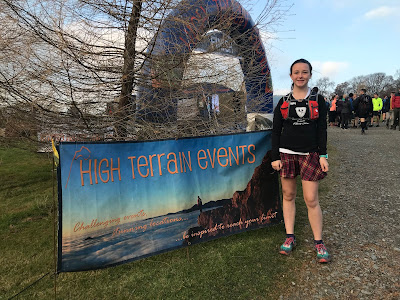 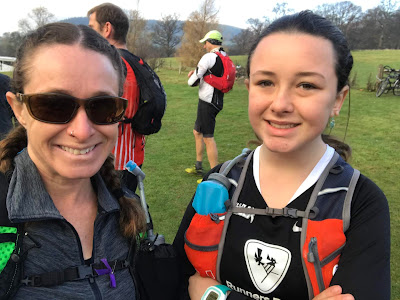 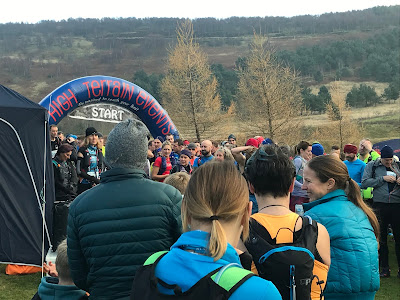 The first part of the race started on a wider dirt road - this was nice, as it helped to ease congestion. We definitely were in the far back at this point. Probably didn't help that we spent so much time traveling, as both of us were tired.

Immediately I noticed how beautiful this course was going to be. The pictures on the website truly did not do it justice! 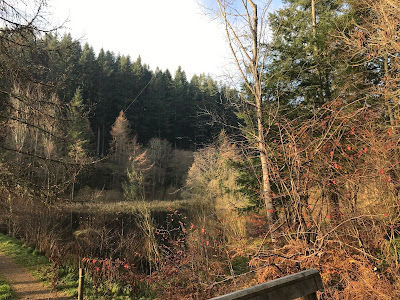 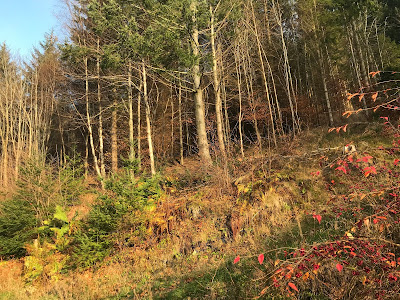 Soon, we moved off the wider road and onto some single track. I was already feeling the gain. At this point, the trail was not very technical, and we ran quite a bit. 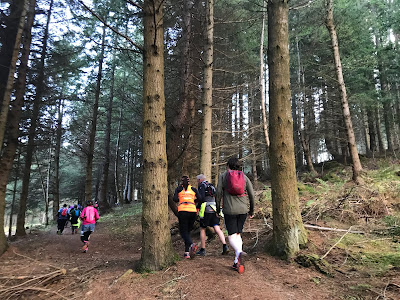 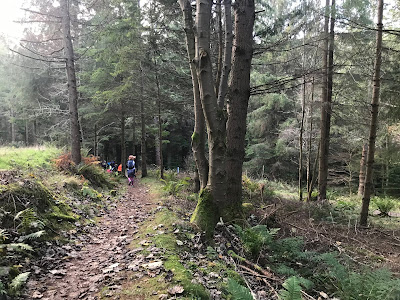 Everything was SO GREEN - really enjoyed looking at the moss-covered trees. So pretty!! 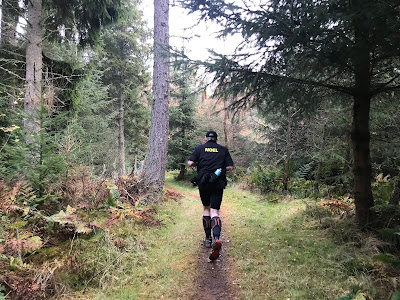 We began to move out of the trees and up to the more exposed section of the course - lots of climbing here. We actually began to pass some people, that was a pleasant surprise! 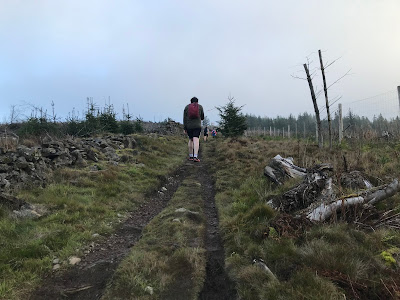 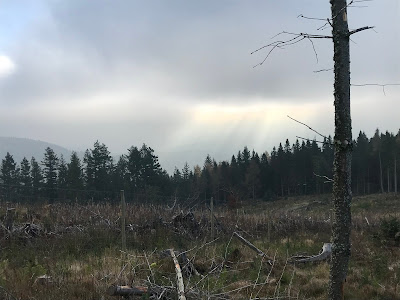 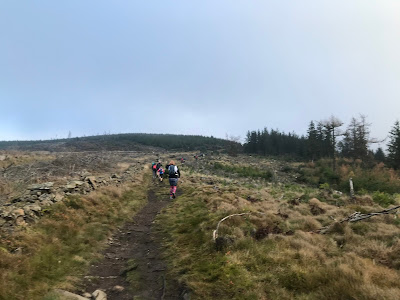 Some of these sections were a bit muddy. It was also a bit of a bummer that it was foggy, as I bet some of the views of the valley were amazing - we just couldn't really see them. 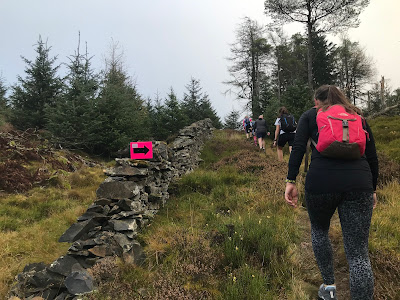 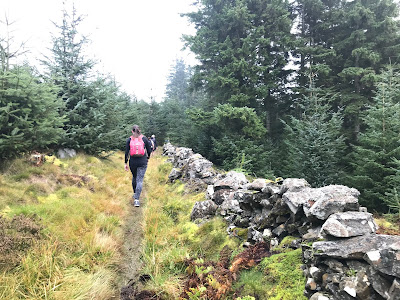 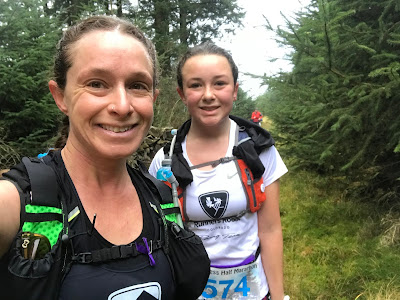 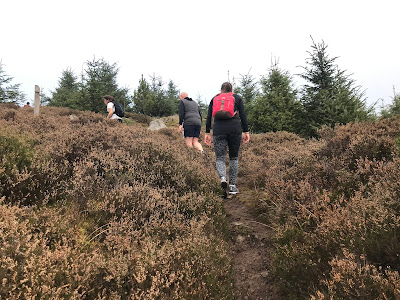 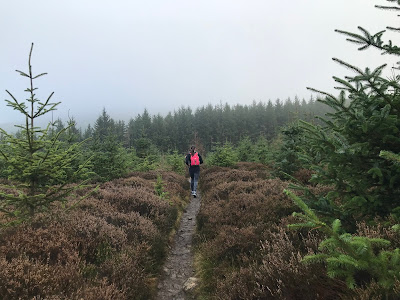 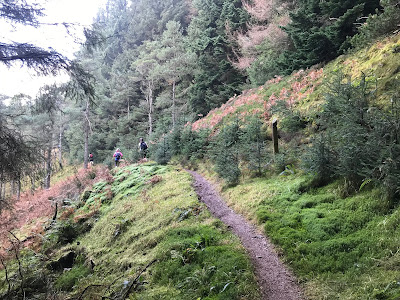 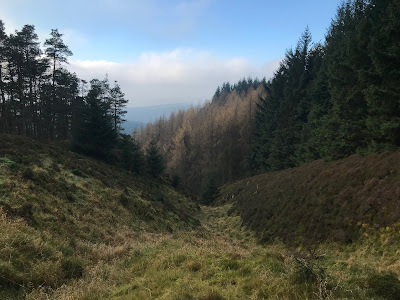 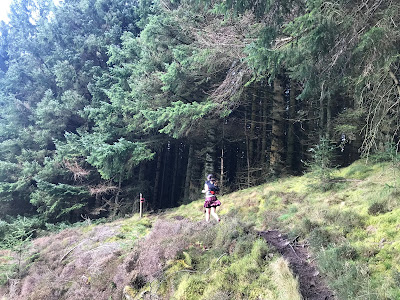 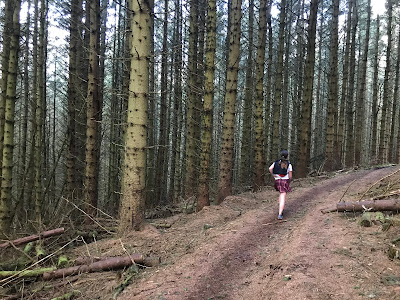 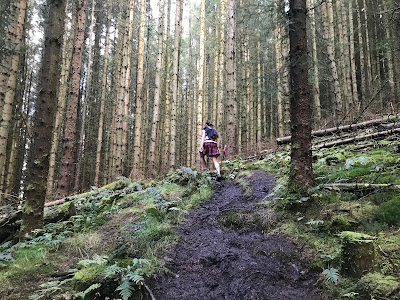 Another "surprise" during the pre-race briefing was the fact that there was only one aid station, approximately halfway through the course. Due to all the required gear we had to have, neither of us had room to carry a bladder in our pack and we each just had one bottle in the front. We didn't stop long at the aid station, just long enough to grab a cup of Pepsi and drink some water.

The next section of the course was by far my favorite. We were finally on a downhill section and the trees were SO COOL looking. The trail was not super technical at this point, and we were not as cautious as some other runners, able to make up some time here. 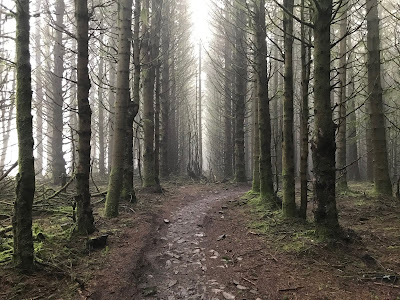 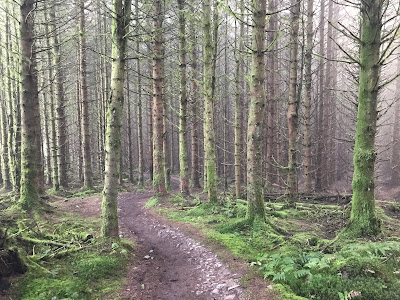 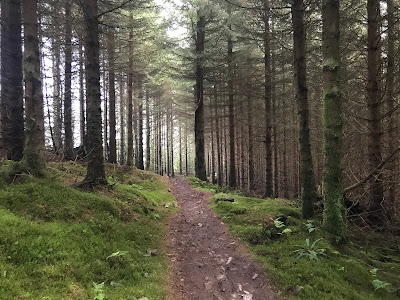 I didn't take as many pictures in the back half, because we were running a lot more. There was a lot more climbing in the back part than we thought (and we were not the only ones who thought that!). I ended up buying just one of the official race pictures (guh, this is why I wear sunglasses!)
A was struggling a bit the last few miles, and it was a pleasant surprise that we arrived at the finish line when we did. We both had a great time and enjoyed ourselves! 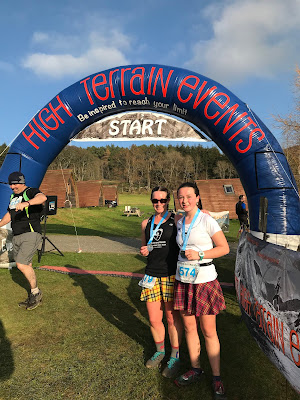 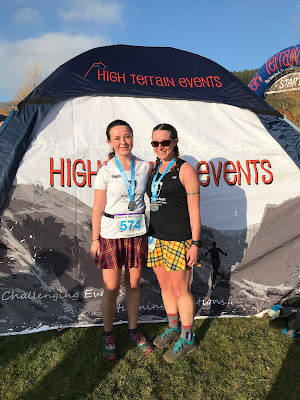