Tuesday (11,993 steps) - Braved going to barre with Laura during lunch. Sadly, even with leaving work as late as possible, and sneaking out of class during stretching, it still took me over an hour and a half. The new job is just not cool with that. I guess that's the end of my classes with Laura (sad face).
Wednesday (22,846 steps) - A and I got to go to the DMV! Hooray! We got there about 20 minutes before they opened and we were out the door less than 15 minutes after going in. Really surprised it was that fast! Took A over to Rose's house since she would be taking the girls to Tomahawk for their Wizard Girl Scout camp.
I braved going to FRXC alone! At least when I go with A, she waits for me, and people seem more understanding of my slow pace. I was a minute or two late because my stupid phone routed me to a bizarro location. This week's run was at Matthews Winters, which I have only run one other time. It was overcast and drizzly when we headed out. I was running with a guy named Chuck, who claimed to be "super slow," yet he of course left me in the dust too. 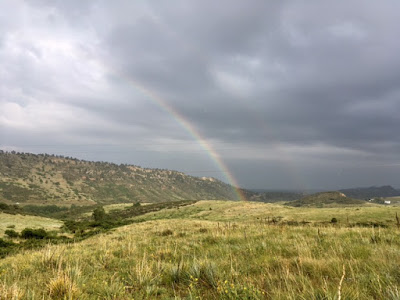 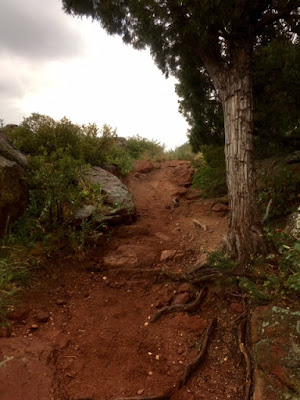 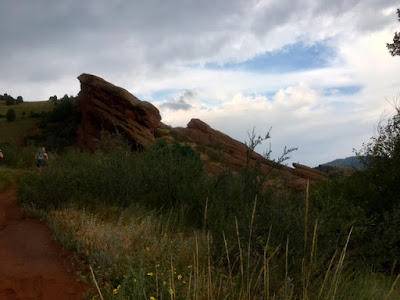 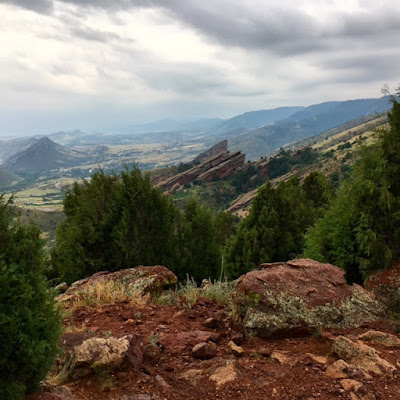 On the downhills I didn't suffer nearly as much, and I almost didn't get totally left behind. We chatted for a bit in the parking lot before I realized it was almost 8, and needed to head home. Not more than a few minutes later, it started POURING RAIN. Thankfully, we weren't out running then. When I got home I had to put the new plates on Lucy, which took a stupid amount of time. Still not sure how the dealer had four screws holding the front plate on, I could only get two in.
Thursday (20,679 steps) - Barre. Surprised to see Nicole, haven't taken her class in a while. Went to Belmar after work and walked the big loop with Dulce and Matilda.
Friday (12,705 steps) - Picked up A at Rose's house on our way home. The end.
Saturday (33,169 steps) - Black Hawk trail half marathon (recap to follow). 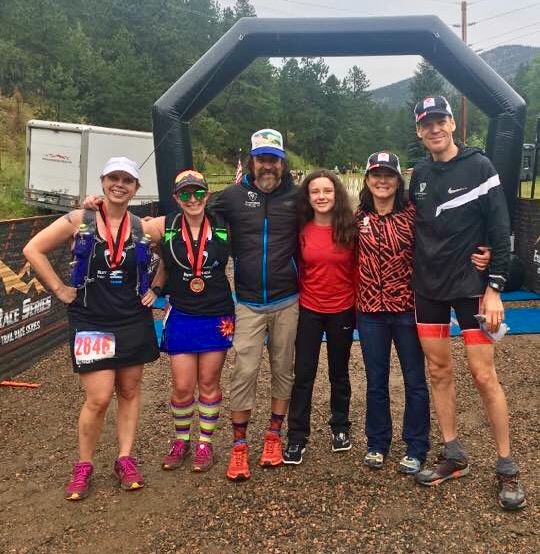 Stopped at the grocery store on the way home so that we had food for lunch. Napped for about an hour, then went to Target to get our school supply shopping done. Most obnoxious item of the year was a 3" binder. Did you know those run almost $10??? Early dinner and in bed by 9:00.
Sunday (12,749 steps) - Slept over 11 hours and didn't get up until after 8. A made omelettes and pancakes for breakfast, and then we started our Gilmore Girls marathon. Took a break around 2:00 to take a walk around the lake. Glad we didn't get caught in a storm, the clouds were super suspicious. 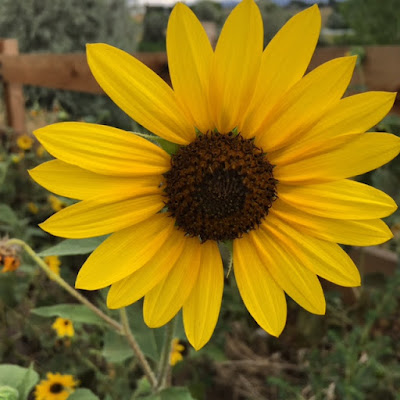 Went to barre (for the first Sunday in ages) - it was fun to take a class with A, Ben and Mo. 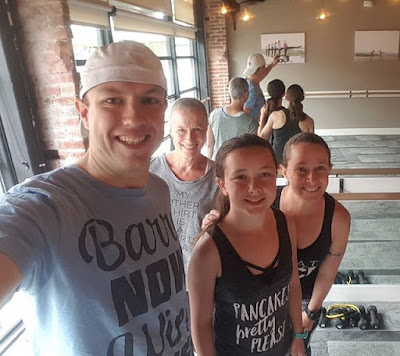 Dinner and more TV.
Monday (17,075 steps) - New Terrain Brewery run club! There were two other gals there that claimed they would be "hiking" the uphills. We opted to go with them (and they were actually slower than us!) counter-clockwise. A and I both decided we liked that direction better anyway. Maybe steeper climbs, but it's over quicker. Turns out my legs actually felt pretty good, and for once, I was faster than A! That allowed me to take a bunch of pictures... she is pretty photogenic, but the trails don't suck either. 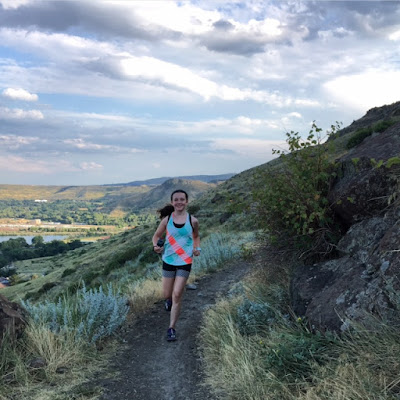 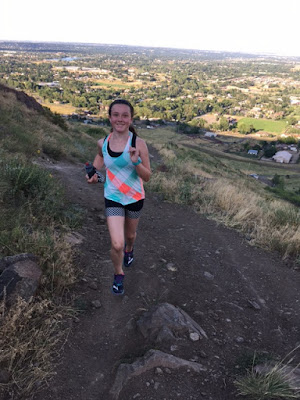 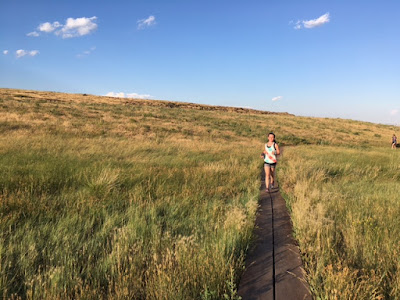 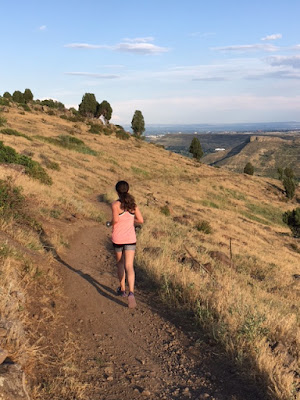 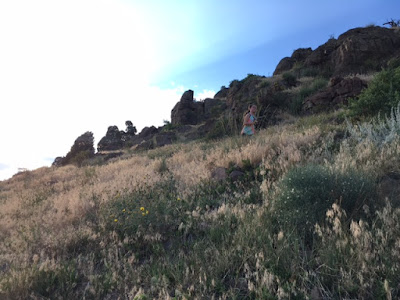 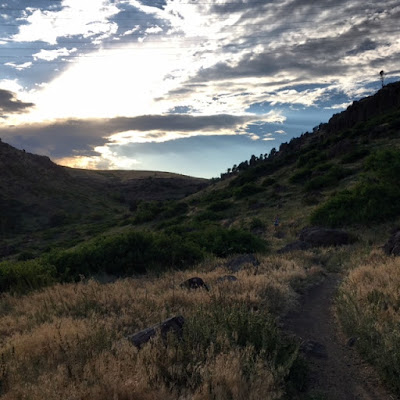 Stuck around to have a beer and cupcakes for Hector's birthday. 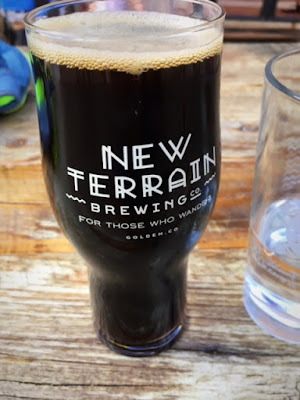