The Palmer Lake half marathon was supposed to happen in April (which was a blessing, because last May it was a zillion degrees and pretty miserable). Then, we had a TON of snow and it had to be postponed. UNTIL AUGUST. I will admit that this was the race that I was most dreading of the entire season. The course is very exposed, the race starts late, not to mention that I was supposed to be tapering.

We didn't get up until 5:15, with plans of being out the door by 5:35 - which we managed to do. The drive was uneventful and we arrived shortly before 7, with the half marathon scheduled to start at 7:30. It was already sunny and a billion degrees.

Put on sunscreen and walked the 5 minutes or so to the start area. Picked up all my gear and basically only had time to wait in the bathroom line until it was time to start.

The first section of the course is a partial loop (counter clockwise) around the lake and then an out and back on the Santa Fe trail. This wasn't as bad as I had remembered from last year. In fact, the first 41 minutes of the race might have been the best 41 minutes I've run in ages. I was able to run allll the way to the first aid station without taking a single walk break! The whole goal of the race for me was to take it easy, you know, since I wasn't supposed to be running anyway. 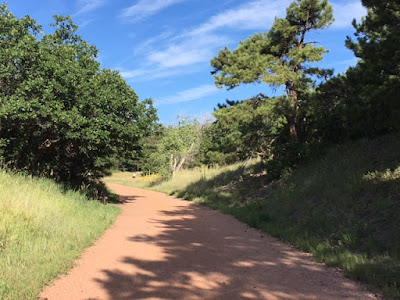 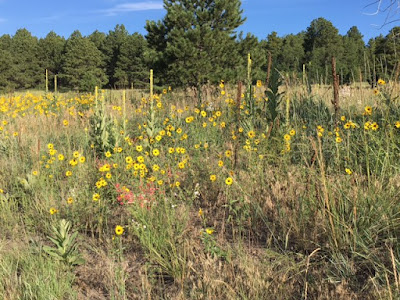 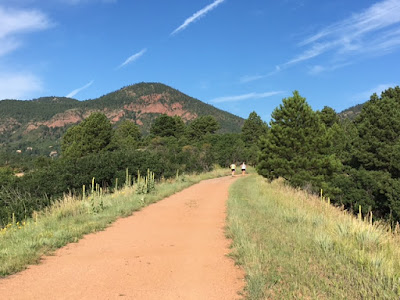 By the way back I was taking a lot more breaks. The shade and slight downhill we had on the way out was of course gone. However, I did manage to pass a few people on this section and that is always nice.

Hit mile 7 at the lake just in time to hear Tom's name being announce. As I headed into the second out and back of the course Lynette was running into the finish. Lucky people only running the 10K! 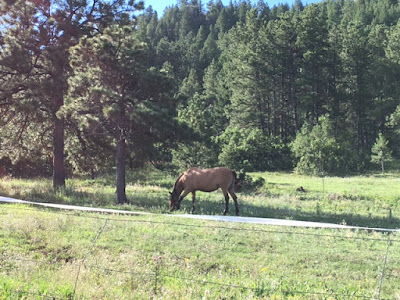 There was a small section of single track until we hit the aid station at the road where Annette was working (thank you) and filled up my bottle. We had been told to pay attention at the forks in the road because cows had been knocking over signs. 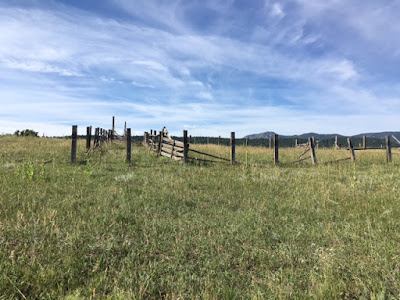 The section in the Greenland Open Space is pretty much the worst. Hot and hilly on the way up. Turn around was just past the old cemetery and then I ran down the switchbacks, heading into the last mile. That's also when I pulled out my phone and looked up my time from last year. I thought maybe I could come close to beating it. And then I remembered how much uphill there was in the last mile and I thought "forget it." 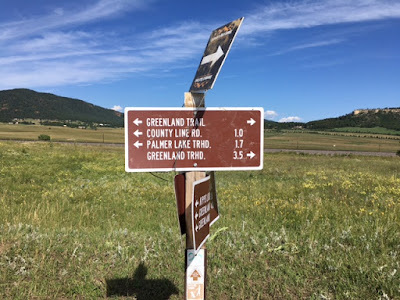 I do remember that I had nothing left last year, and this year I was able to run pretty well into the finish, about 2 minutes slower than last year, which I was fine with.

Met up with Stella and Francesca to get a team picture, chatted with Kristen and grabbed some food before heading out. 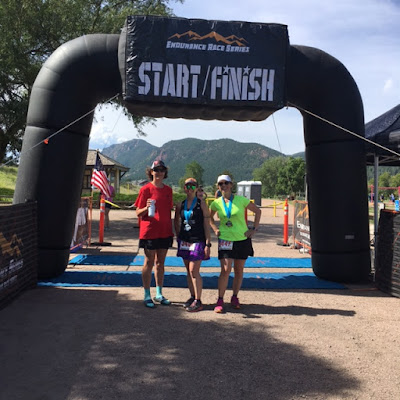 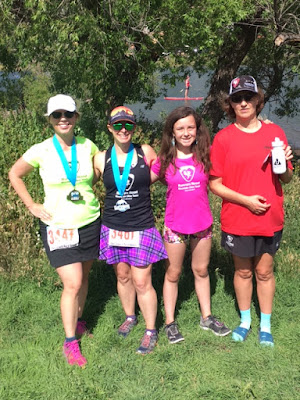 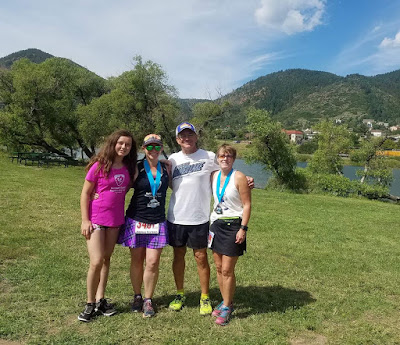 Happy to have this one done!