Tuesday (17,779 steps) - Up early for one of my last runs before Lean Horse. This was my longest run during the week since I've been injured. Ran 3.4 miles along Standley Lake. The weather was nice, I saw the sunrise, but I was still slow. My hip wasn't really bothering me, but my right calf/ankle was a bit. I'll have to watch that. 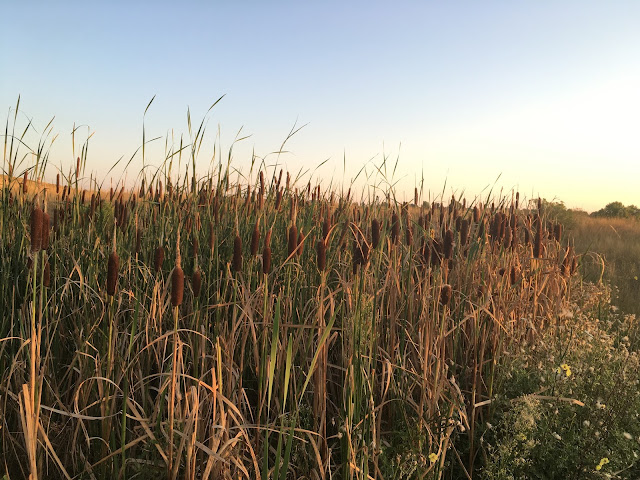 A had gymnastics after school - she is really improving in the advanced class. She got up on the high beam and actually was doing handstands! So excited for her. 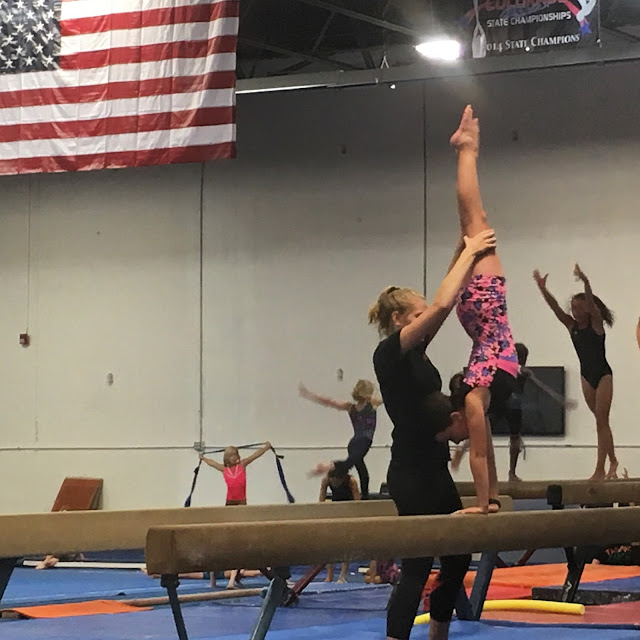 Wednesday (15,828 steps) - Dentist appointment before work, always fun. Barre class during lunch. One of the best classes I can remember. I felt strong throughout most of the class, yet still felt the muscles twitching. We went to run club after work, where I did, in fact, run a mile (under 11 minute pace!) and then walked almost 2 with Maureen and Heather. 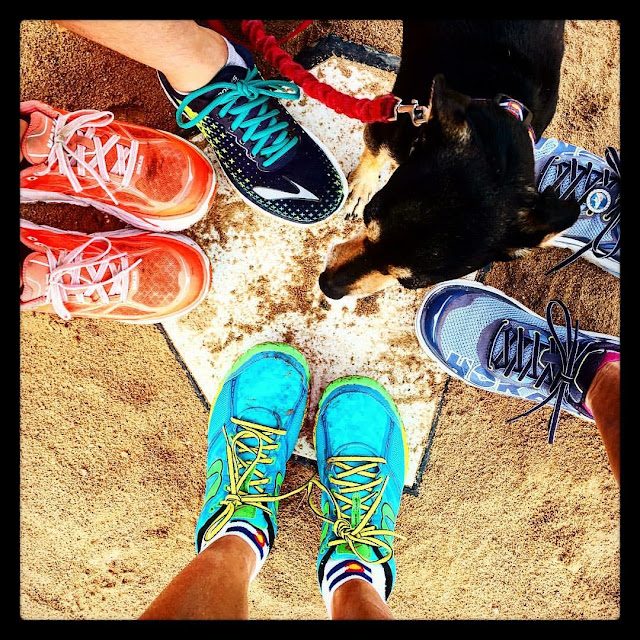 I ended up buying a crazy expensive Ultimate Direction running jacket - I suppose because it might rain this weekend and I don't actually HAVE a rain jacket. Rushed home to meet the guy that finally bought my old door. He was really surprised my HOA made me get rid of it. ME TOO. Did laundry, made dinner, homework, blah blah blah.
Thursday (17,845 steps) - So tired, but still got up and ran what I planned, the loop around the neighborhood that I haven't done since May. Since it has been raining so much I knew the trails by the lake would be muddy and I didn't want to mess around with that. After work we went to another Ladies' Night at Runners Roost!! We ended up getting there late because of stupid traffic (urg). The first 30 minutes was a special yoga session with Kery, and then there were some vendors and food. I ended up pre-ordering an awesome Smartwool vest. Can't wait for it to get here!
Friday (13,693 steps) - Heather picked us up at 8:00 for our drive out. It took a bit longer to get out of the metro area than planned because while I was on the phone trying to reactivate Heather's satellite radio, she missed the turn for I25 and we got stuck in traffic. Womp. 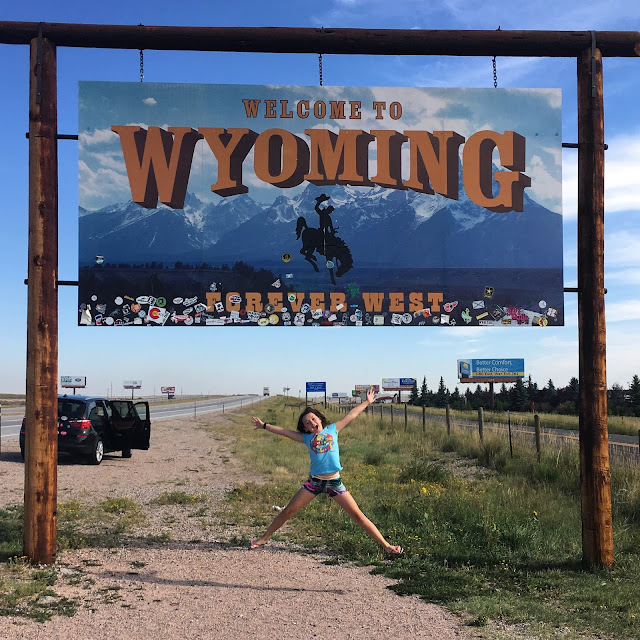 We took touristy pictures at the Wyoming border, stopping in Lusk for an awesome lunch at The Pizza Place. Another picture at the South Dakota state line, taken by Max - a cyclist riding all the way across the United States! 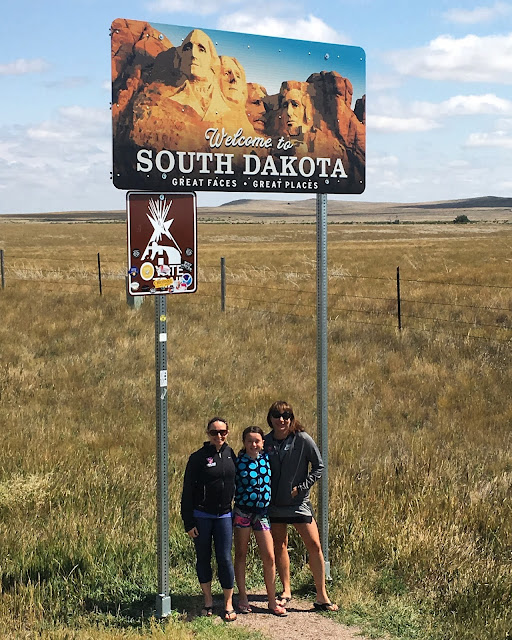 Dealt with picking up our race gear and then went to Mt. Rushmore. 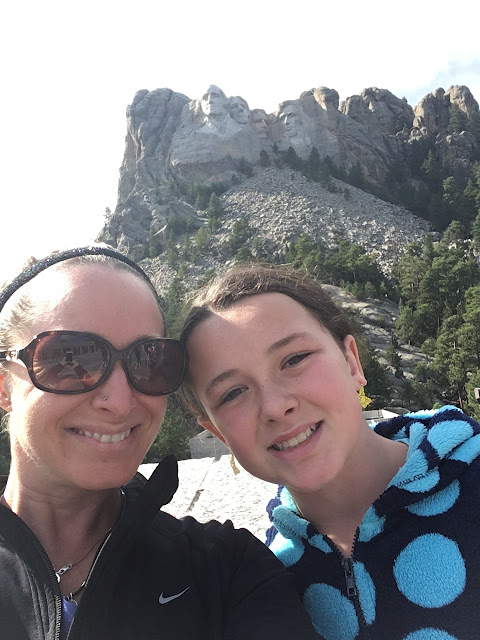 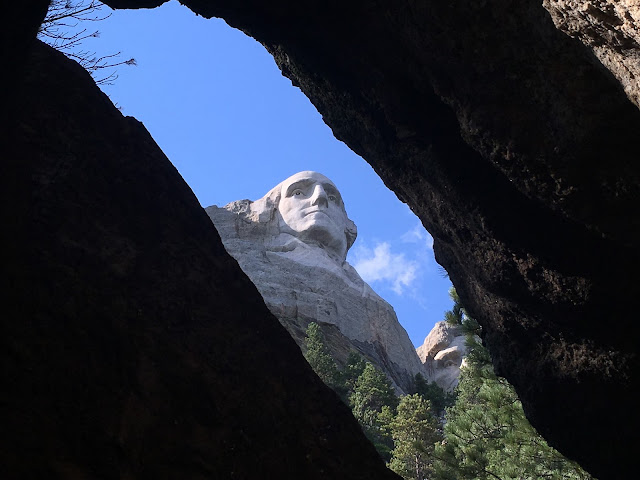 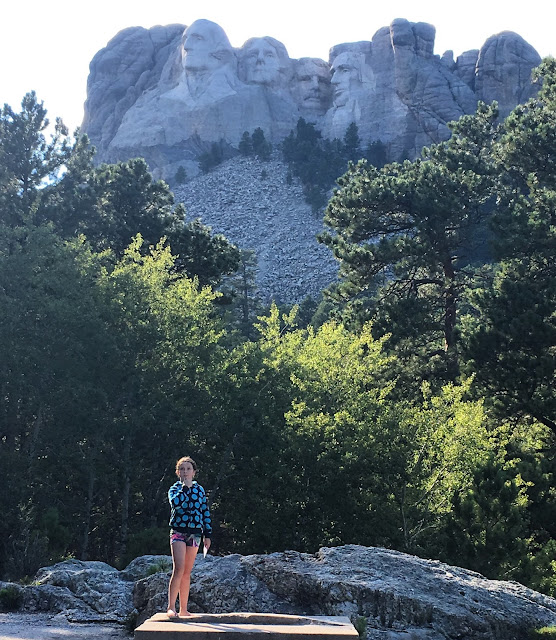 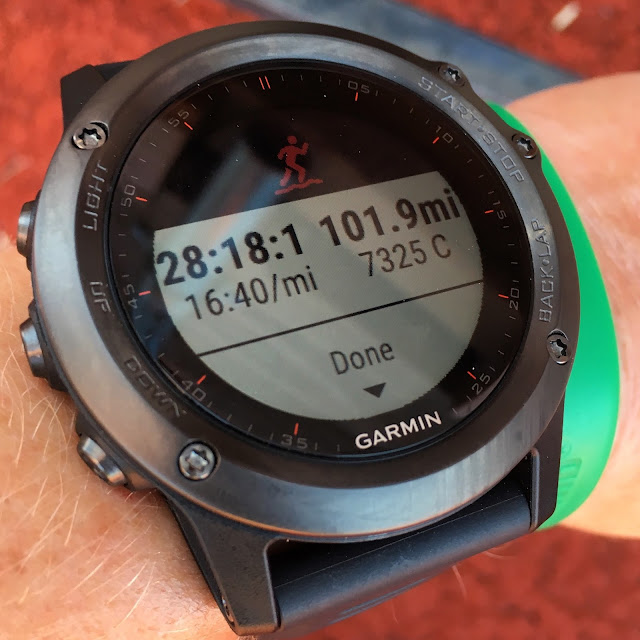 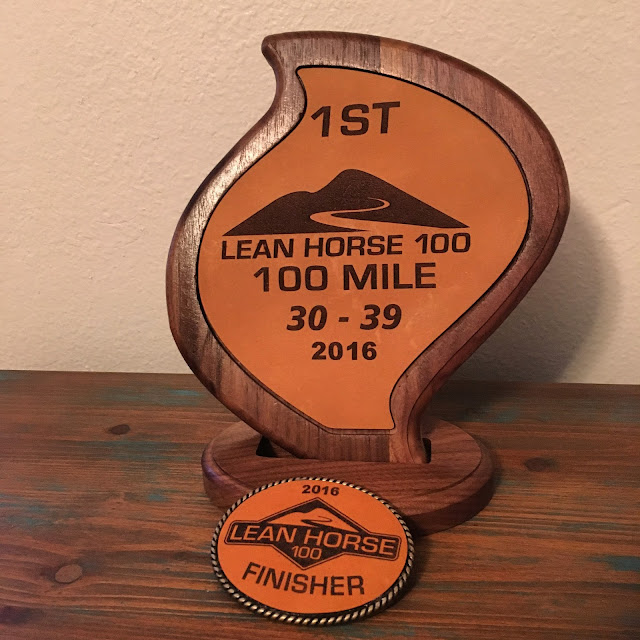 After the awards ceremony we got lunch at the sports bar in town. I had a delicious burger with sweet potato fries and a beer. 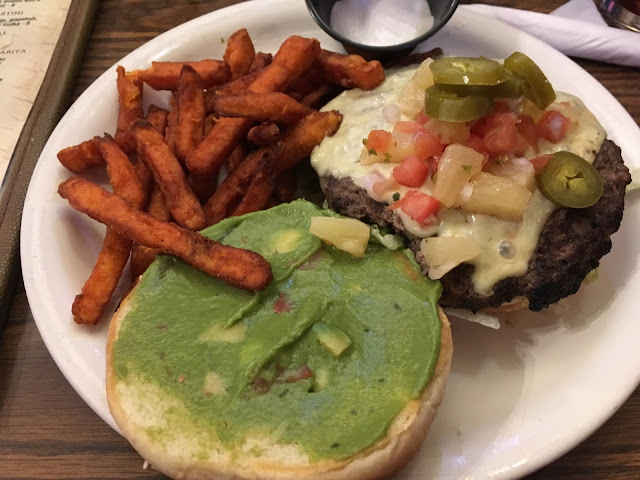 We then opted to stop at the National Museum of Woodcarving on our way out of town. Thankfully, we had "Custer bucks" from the race, I would not have been happy paying $10 a person for what we saw. It was pretty neat, but we were in and out in probably 20 minutes. 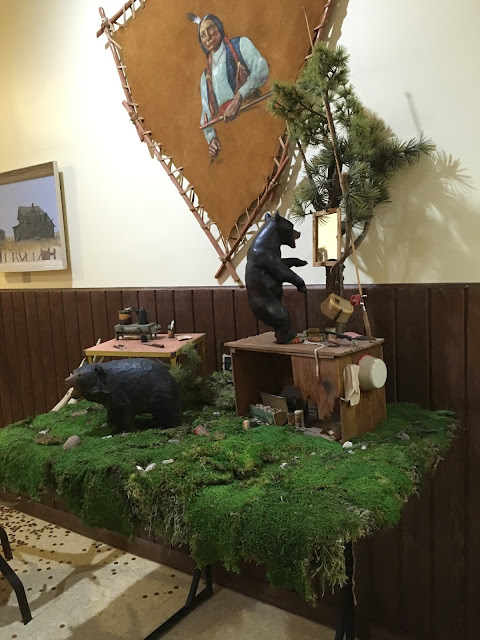 Thankfully, Heather was driving us back since I still hadn't slept. I dozed off for most of the drive back, which was nice. When we got home we unpacked, I made a grilled cheese sandwich for dinner and we watched some TV. We were in bed by 9:30.
Monday (10,042 steps) - YAY FOR A REST DAY! I slept in until almost 7, which is unheard of. Work was super busy, like it always is after I have a day off. The nice part is that it made the day go by fast, since I was still exhausted. After work I headed over to A's Girl Scout meeting, quick trip to the grocery store. Dinner, homework and in bed early again. BOTH of us are still really tired.