Tuesday (15,883 steps) - Went to barre during lunch. This felt like a REALLY good class to me. I am still struggling with the core portions. I have always had an incredibly weak core, and these intense sessions really test me. Eagle crunches? Nuts. A had her first advanced class at gymnastics. The biggest change, notably, is the class is 90 minutes instead of an hour. I was really impressed with the instructor and even within one class, saw A making improvements in skills and starting to learn new ones. I think this will be really good for her. Decided to make naked burrito bowls for dinner, which we haven't had for a long time - tasty. My friend Amy came over to pick up A's old toy kitchen. She got it for her third birthday and has finally outgrown it. I was happy to donate to a friend instead of Goodwill. 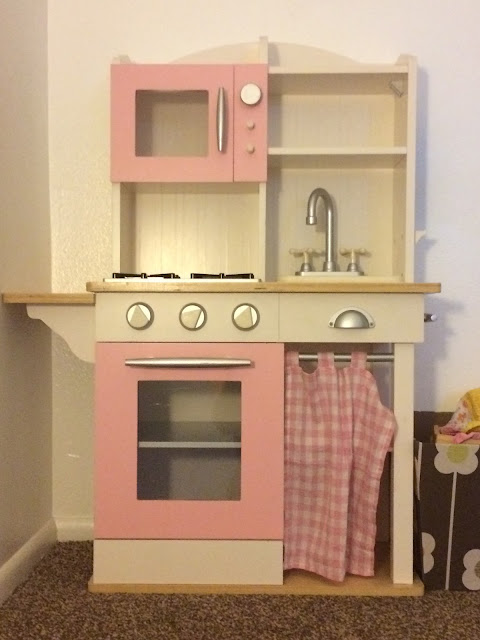 Wednesday (18,575 steps) - I RAN AGAIN!! The goal this morning was 2 miles. It's already getting darker in the morning and it was a struggle to get out of bed, but I did. Other than stopping briefly to cross the one street on the way to the lake, NO WALKING, and my pace was faster than Monday. Still is hard, still feel tired, and hip still feels a tad "off," but I am happy with where I am for right now. I'll run again Saturday, hopefully I'll feel better with a few days off.
Instead of going to our regular run club after work we headed out to Golden for a special "Wonder Women" panel. The event was held at Holidaily Brewery, which specializes in gluten free beer. Not that I am gluten free, but the beer was good and I would not have known it was GF if they hadn't told me. Anyway, we had a cool Asian bowl for dinner, listened to some amazing athletes, and of course, got to spend time with some of my favorite runner ladies. Such a fun evening! 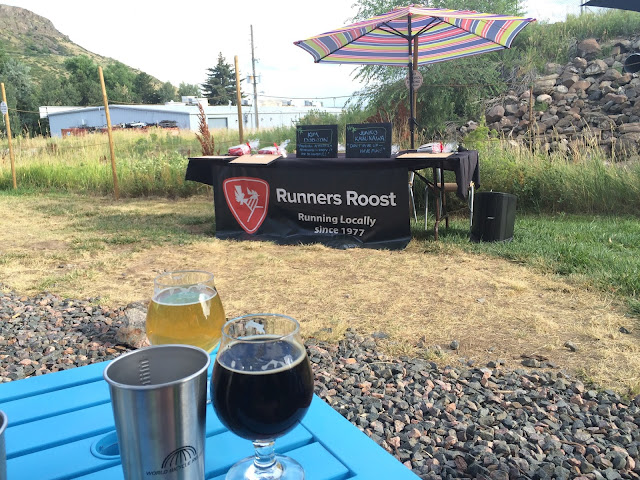 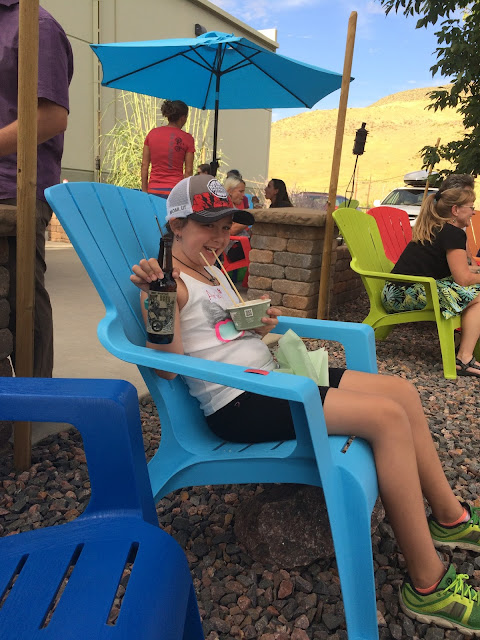 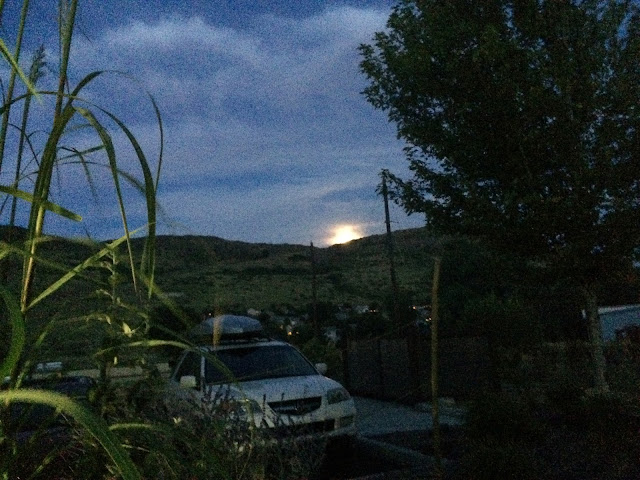 Thursday (17,105 steps) - Turns out, it is SUPER time consuming to go to barre during lunch. I'm having a hard time making up for the long lunches, so one day a week I'm going to go to the 6 am class... This was my first attempt at that. 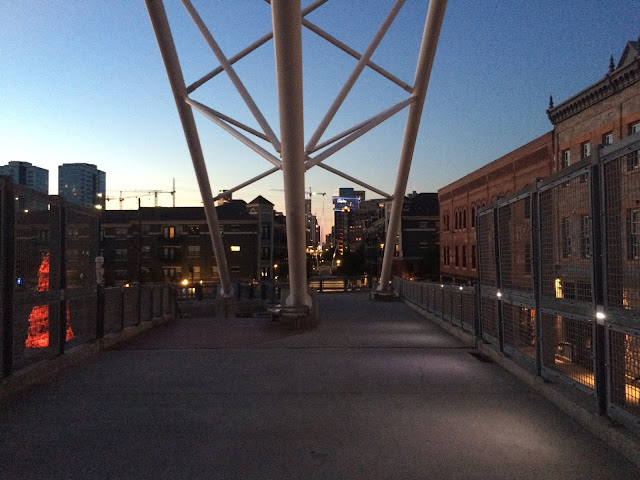 It was a bit hard to get up at 5:15, but traffic wasn't bad at all, got there in plenty of time. And the drive back, thankfully, was against rush hour so not bad either. The longest part of the drive was the two miles from the exit ramp of the highway to my house. Fastest I have ever gotten ready for work because.... 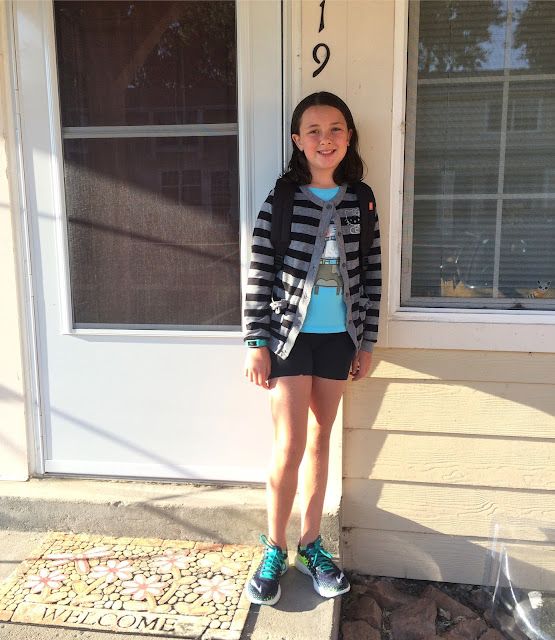 First day of 5th grade for A! As is tradition, I helped her carry all her supplies and walked her to her classroom.  She is super pumped to be going back. 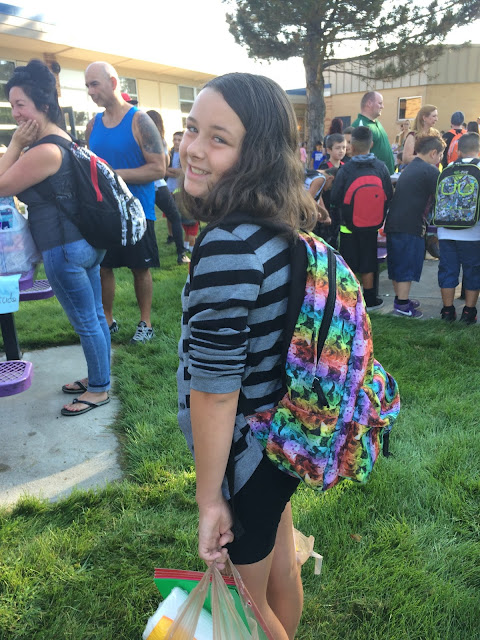 Headed down to Belmar run club at Runner's Roost Lakewood and walked with Maureen, Heather and A.
We went to Rocko's (like usual) afterward, and we didn't stay too late since it is now a school night!
Friday (11,393 steps) - Rest day!!! Heather invited me and A to go to the Rockies game with her and Eric. Managed to get out of work early, and it was pouring when I went to pick A up from school. The game ended up having a TWO HOUR rain delay. What that meant was a lot of eating... We only managed to stay through the 5th inning. Stupid weather. 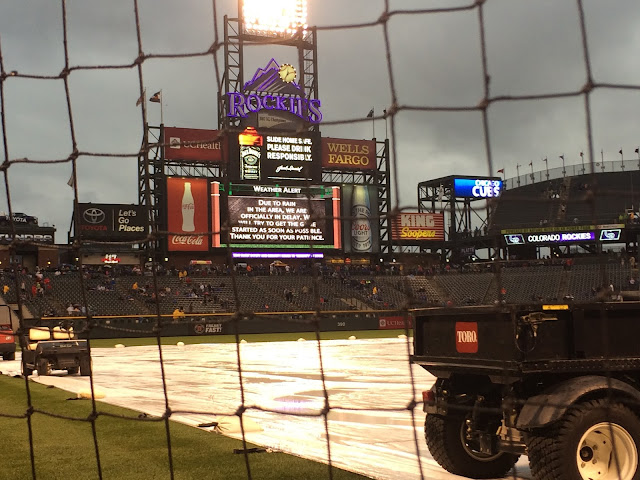 Saturday (26,447 steps) - Up at 5:30 to head to Boulder for Runners Edge. Heather and I ran 7 (glorious, fantastic) miles. My hip "niggled" a bit, but this was my fastest run in MONTHS and it felt pretty good, didn't really have to take any rest breaks. 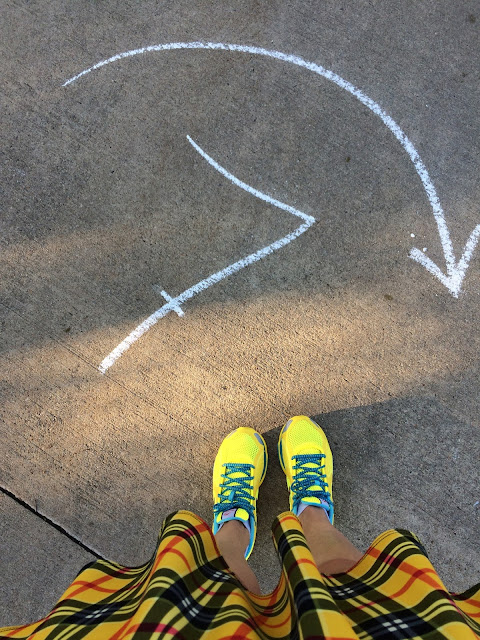 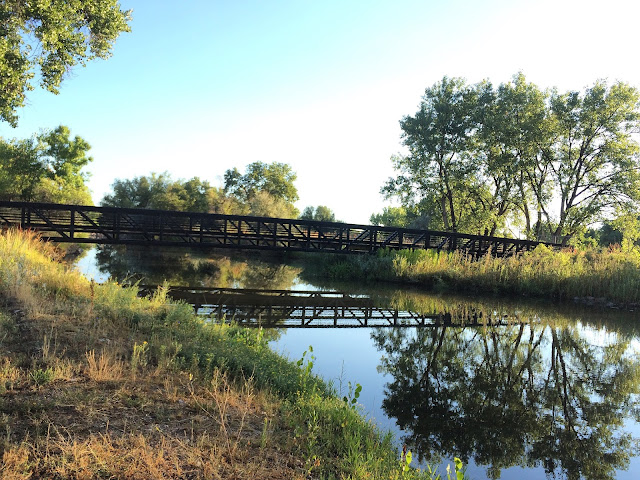 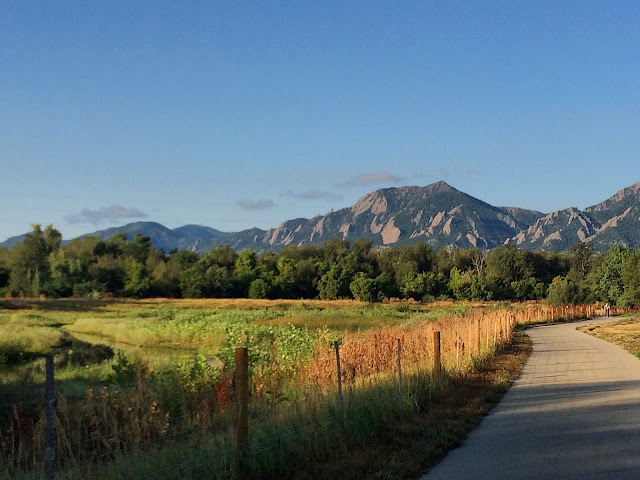 Finished my run (after having taken a few pictures during my run) and my phone won't turn on. I try to do a hard reset. Nothing. Plug my phone into my car and it turns out and I have over 90% battery. Uh, ok. Weird. Unplug the phone and it goes dead again. URG. While in Boulder I wanted to go to the Newton store to talk to them about my defective shoes. It wasn't even 9 am yet and the store didn't open until 10. Do you know how slow time goes by when you don't have a phone to entertain you?? Newton store basically told me to fuck off. They are aware of the defect, but since the shoe is a 2014 model they offer no warranty. SO YOU KNOW YOU HAVE A DEFECTIVE PRODUCT AND I AM JUST OUT OF LUCK?? The shoes are $150 plus tax, so when I can get them cheaper, I stock pile... SCREW THEM. After 6 years of them being my go-to shoe, they are FIRED. I will not pay that much for poor quality. Went home, showered, then A and I headed to the mall to deal with my stupid phone. I wasn't able to get any sort of trade in for it since it won't turn on. Apple guy thinks the battery was "swollen." URG. Either way, they no longer do "deals" for renewing a contract, so I have to finance the phone (or pay the full $500). Bought A a few shirts for school, then went home for lunch. We went over to Heather's to meet up with her, Eric and Maureen to see "The Secret Life of Pets." A bit of confusion over the movie start time, so we went to a different theater (the one in Aurora where the shootings were...) and it was the cheapest EVER. Less than $12 for both of us. Then we went back to Heather's house for some "Apples to Apples" and pizza. We were both tired and went home around 9.
Sunday (12,162 steps) - Slept in (almost until 9!). Decided to go to Lamar's for breakfast (because yeah, I've already eaten like shit the whole weekend, so why not have a German Chocolate knot and a red velvet glazed donut? Then we went to Kohl's to get A the rest of her school clothes. She picked some really cute stuff. 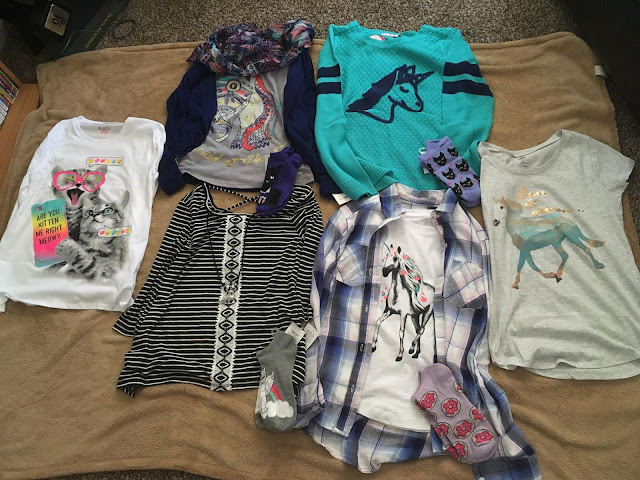 Went to Target to get the bulk of our groceries and then lots of laundry and TV, then we went to Old Chicago's for a late lunch. I had a "Stupid Spicy" burger that wasn't super spicy. We finished. Went to the grocery store for the rest of the groceries. Spent the remainder of the evening cleaning and watching TV.
Monday (15,523 steps) - Went to barre before work. For whatever reason, this class felt VERY hard. Normally the upper body is my strength, and I was having a hell of a time getting through it. So out of shape. We headed to Kohl's after work/school to use the $10 Kohl's cash, getting A one more tee shirt (for $2.15, score). Lazy evening of TV and then packing for Lean Horse!