Man. I've been STRUGGLING with running this week. I'm not *exactly* having pain in my foot, but I am noticing that it's a bit swollen, so I've been icing it a bit. Which leads me to...

1. Wednesday's run was even worse than Mondays... Now that I'm back to using a shuffle that I can clip on my shirt, I can wear my other running skirts that don't have pockets: 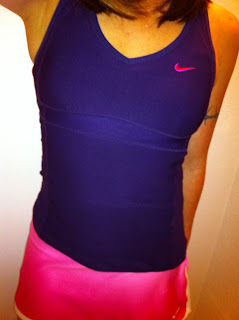 The program? Not even that hard. Until the very end... 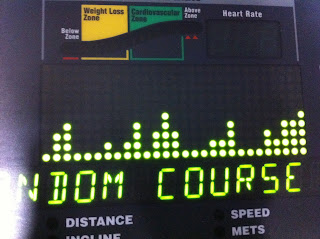 But man. It's been extra hot in the gym lately. Unsure if that's the temperature it always is (I don't think so) or the bajillions of "new" people that are there. Almost all the treadmills were full, which is actually pretty rare for a Wednesday night. Although by the time I was done, 2/3 of them were clear. I only did an hour long hill program. Couldn't even muster the energy to run the extra 10-15 minutes at no incline that I usually do at the end. Blah!!!

2. First Munchkin Mile of the year!!

A had actually wanted to go out yesterday, but she got a cramp less than a minute out, so since we were right by the house, we just turned around.

She decided that we should run our Lake Arbor loop, and she was soooo excited to run that she tried to wake me up at 6:45!! (Normally we are up an hour later than that for school, maybe 45 minutes earlier than that if we are going to run in the neighborhood).

She started out too fast... 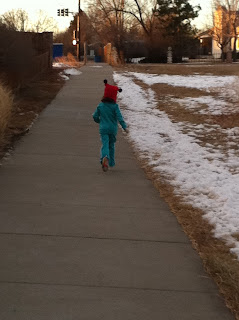 And struggled most of the run. It was REALLY cold and windy, and running by the lake makes it even colder. She had to walk more often than she ever has on our other runs, and this was one of the first times she told me "I can't!" But... of course she did (slower than any other time), but at least she got out there, got it done. And I absolutely LOVE that she told me at the end "maybe we should run again tomorrow, Mom." This kid... :D

Of course the highlight of the run at the lake? The nearby Starbucks where I treat her to a hot chocolate: 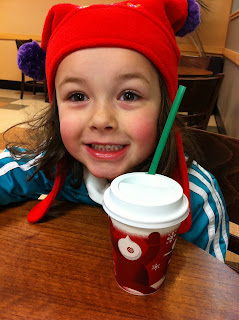 3. I haven't raced in three weeks. And this weekend I have not only my first race of the year, but my first TWO races of the year. A double header in the only 2 states I haven't been to!

On Saturday we will run the Mississippi Blues half marathon in Jackson: 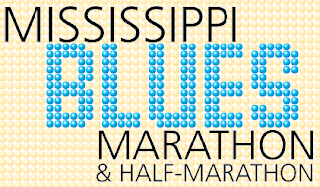 And then on Sunday we will run the First Light half marathon in Mobile: