Usual routine of bagel with peanut butter, and then we started our walk to the start. The only race of the three that did NOT start on Front Street. We didn't have access to Yellow Pages or a local map, and the map we were given at the expo did not really help, so I had asked, and the lady told us it would be about ten minutes longer of a walk than the other race starts and we would only have to make one turn. L thought we were leaving too early, but I figured I'd rather not rush and get there early and not be stressed out.
We saw some other people wearing race gear, and we headed in the same general direction.
We had been walking a while, and had lost sight of the people we were following. There weren't any other people on the streets. I was starting to get a bit concerned that we were lost. It seems like we had gone from being in the nicer downtown area to maybe not so quite as nice an area, and it seemed residential. My watch said 9:30, and we were lost. We couldn't use our phones because no international plan was set up for such a short weekend. We didn't see anyone to ask, and none of the businesses were open to ask for directions. I was REALLY panicking, when out of the blue, a man stops and says "Are you heading to the race? If so, you are in the WRONG part of town. Jump in, I'll give you a ride."
Now normally I would NOT get in the car with a stranger, but everyone we had met was so nice, and I figured I had L with me, so we got in the car. After 6-7 minutes of driving (so yeah, we were not even CLOSE), he drops us off a few blocks from the start. Thanks random citizen for swooping in and saving us from missing our race!
The race started at their "sports complex" and so NO port-o-potties! Of course the lines were long, and there weren't many stalls. With about 20 minutes until the start, they let us use the stalls by where the elites were hanging out.
There was no official bag drop, just a tent where you could leave your stuff. I risked leaving my sweatshirt, and we started the walk to the start line.
The race was chip timed, and my only goal was to beat my over TWO year previous time of 1:01:47... As soon as I crossed the start line I was annoyed to find that there was no timing mat, so I would already be working against a 20-30 second delay. L was concerned about the race and planned on taking it easy, but I was going for a PR, so I headed out with the mentality that I could do my half marathon race pace and easily kill my old time.

There were only going to be two water stations on the course, and we were aware that there were going to be a couple pretty tough hills on the course. The start of the course was a nice downhill, and I found a pretty decent stride. The sun had come out (just in time for the start), and it was HOT.

I was really happy to get to the first water station, just under 3 miles into the race. As I looked down at my watch at the 5K marker, I was only 20 seconds under my PR for a 5K... meaning, on a course like this, with a RIDICULOUS hill at the end, I was probably pacing too fast. I tried to hold back just a bit, and I remembered that I've been sucking about taking pictures during races, so I got a few shots between the 3 and 4 mile markers. 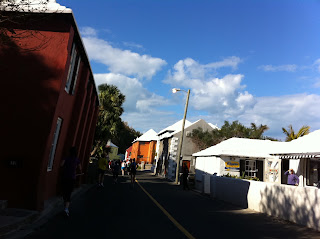 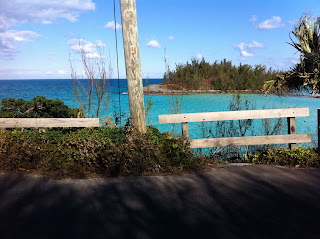 I was coasting along and feeling pretty great... until mile 5. This hill was pretty much unlike anything I have encountered during a race. It was insane. It just went on and on and on and on... almost everyone was walking. And the people that WEREN'T walking might as well have been. I made it about halfway up the hill, and then I thought... my heart rate is OFF THE CHARTS. Why am I killing myself?? I can still get a PR, it won't be as fast as I'd like, but man, I was dying. So I took a couple of walk breaks on the hill. Just long enough to catch my breath. Around mile 5.5 the course did level out a bit, but by then my legs felt like lead. I was seriously concerned that my legs might actually give out and I might not be able to finish.

I was out of breath, hot, and STRUGGLING, but I saw the 6 mile marker and the turn into the stadium and I gave it everything I had. Which by then? Wasn't much at all. I saw Bart Yasso (man, I wish I would've spent the money for the pasta dinner so I could hear him speak again) and he was cheering everyone on. What a great guy!

I was pretty psyched to see that I would come in under 58 minutes. The time according to my Garmin

My heart rate peaked at 188 bpm... which is just insane. I normally peak in the upper 170s, and average upper 160s, low 170s over an entire race. Shows you how tough this course was and how hard I was working, especially towards the end!

I grabbed a diet pepsi and water at the finish line, and then headed back over to the finish line to wait for L. She came in sooner than she had planned, but she mentioned that her leg seemed to be worse than ever. We grabbed some gatorade and waters, and then started our walk back. Which, incidentally, looked NOTHING like our walk TO the race.

We stopped at some stores on the way back. Mostly because everything closed SO early that we wanted to be sure that we got all our souvenirs. We didn't get back to the room until after 12:00, and we took quick showers. On our walk back, we had seen a place advertising $5.50 cheeseburgers. Too good to be true! We had yet to have had a meal under $18 a person. We walked the mile or so back to where we had seen the cafe. We walked in and it was dark and deserted. Woman outside tells us to go up the stairs. Again. In a past life, I would never have done that. But... we get upstairs, there is another couple eating. They have a few big screen tvs, and we order. The nicest guy in the world takes our order, and I have one of the best burgers I've had in a while. Delicious. 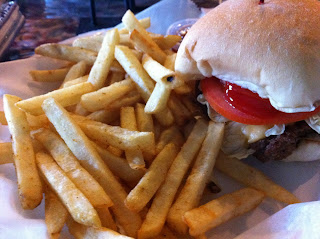 After lunch we headed back towards the hotel. We were still pretty tired, and had plans to just relax and watch tv, hang out in our room until dinner time. We had just settled in when...


What I learned from this fire alarm? I would SUCK in an emergency. Neither of us even moved for a good couple of minutes... Then, when I opened the door and could actually HEAR the alarm (honestly, I'm not sure if I would have been sleeping I would have heard it, wasn't that loud inside the room), we just sort of wandered out in the hallway. We walked through the fire doors without a second thought, didn't really look to see where the stairs were, and just sorta sat in the chairs by the elevator until the housekeeper told us we could go back to our rooms.

Then, somehow, while watching a movie on tv, we both fell asleep, and didn't wake up until after 6:00. Oops. We headed back to the Italian restaurant we had seen the night before. Ordered some lasagna, and it was DELICIOUS. 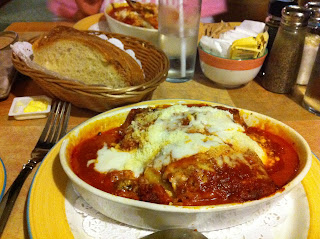 After dinner we decided to walk Front Street one more time.

We stopped at the grocery store, and got a beer, and some other drinks to tide us over, then started the walk back. Think I have enough to drink? 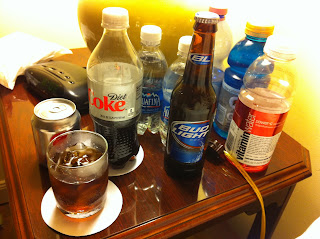