We got up early and made sandwiches to bring with us for breakfast/snack on our adventure of the day - snorkeling in the Great Barrier Reef! We left enough time to get coffee on our walk to the marina, and found the right "finger" with a few minutes to spare. 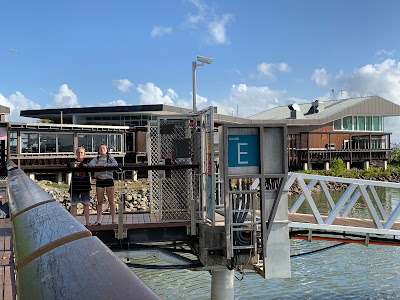 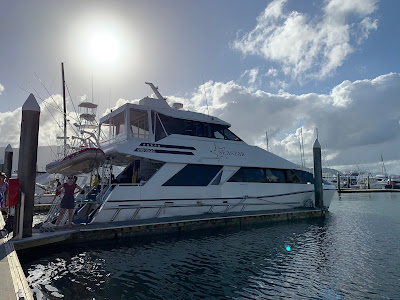 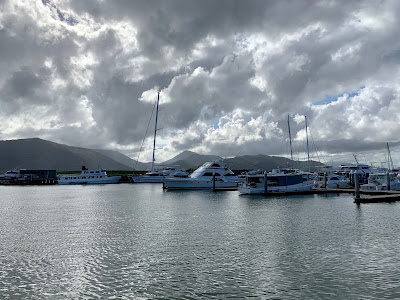 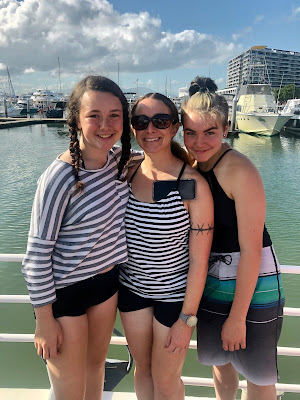 It was a bit unfortunate that we had clouds and cooler temperatures for the one day that we were going to be on the water. Once we boarded, we were given breakfast of muffins and beverages (although I wasn't feeling spectacular, so I didn't eat). We were given our stinger suits, snorkels and fins,The longer we were on the boat, the less "great" I felt. 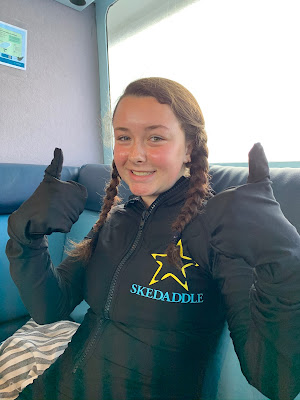 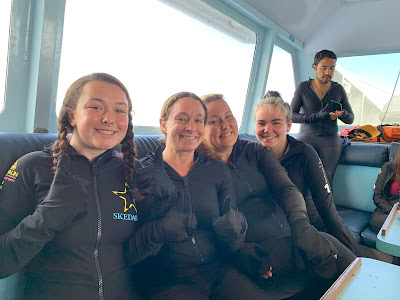 We got on a smaller boat to head toward our first snorkeling location of the day - Michaelmas Cay. 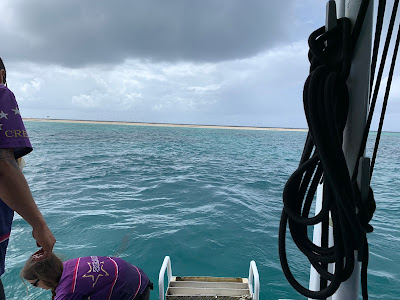 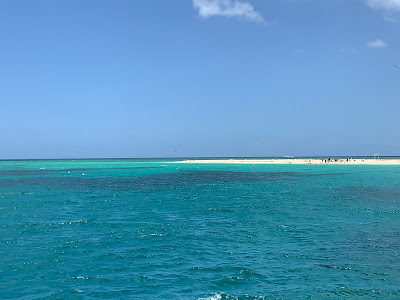 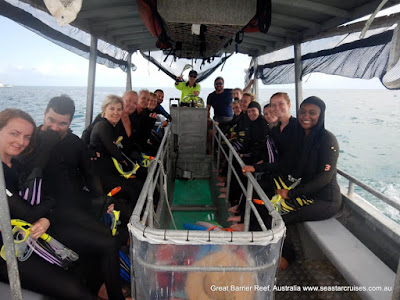 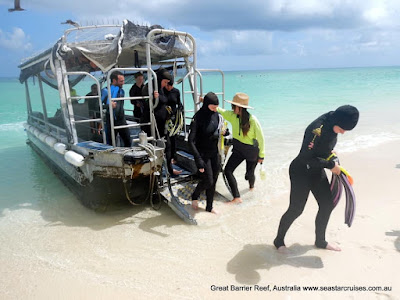 Ashore the small beach, which was also the Upolu Cays National Park, we got a crash course in using our snorkels. (Did you know that over 20,000 birds reside on this tiny reef? Crazy. Apparently it is one of the most important bird nesting sites in the area). Lets also take a moment to appreciate how amazing and ninja-like we look in our suits! 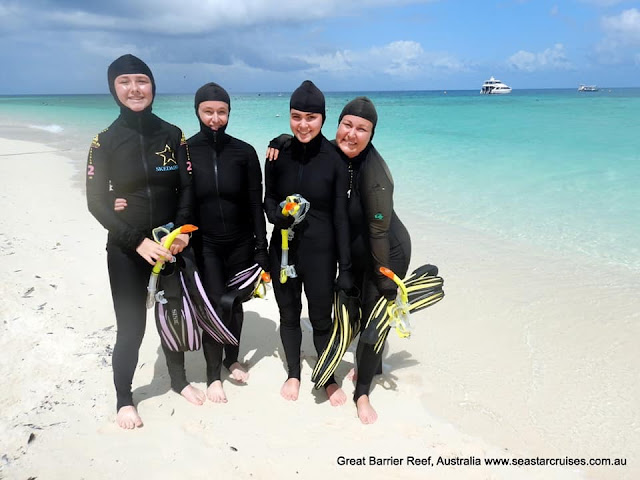 Towards the end of our snorkeling we had the chance to go on a glass-bottom tour in a smaller boat. It was filled up before we had the chance to get on, so we went back in the water. I think it was at that point things started to go wrong. I may have grabbed the wrong snorkel, but the valve came off and I swallowed a bunch of seawater.

Once we got out of the water, lunch was served, but I was NOT hungry at all. I picked at a few things, but in general had no desire to eat. I sat outside on the deck and felt a bit better in the sun.

We then went on to our next location, Hastings Reef, for open water (not beach initiated) snorkeling with a different guide. A opted to not use the noodle on this one, although I still did. I wanted to do the second boat tour, so I got out, and as I was stripping off my suit a bout of nausea came over me. Within minutes, I was puking off the back of the boat. Ugh. Good thing is that I felt much better after that.

(All pictures below are taken from the Seastar Cruise Facebook page and were taken by our snorkeling and/or diving guides with their awesome underwater cameras). 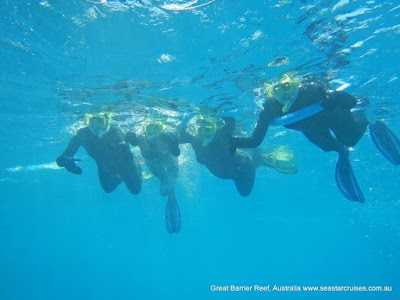 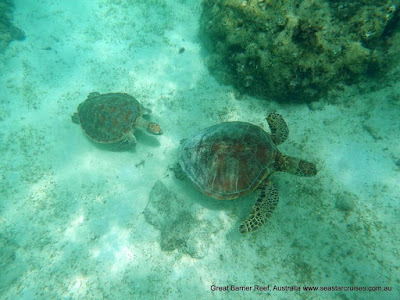 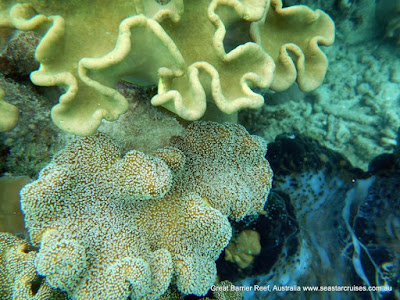 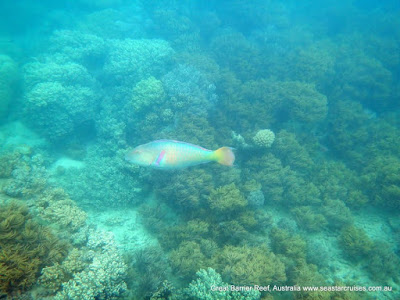 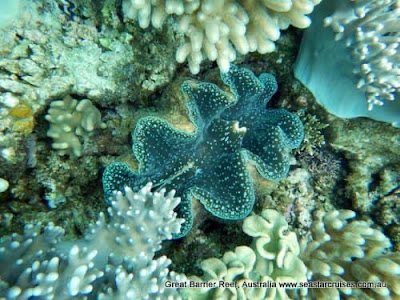 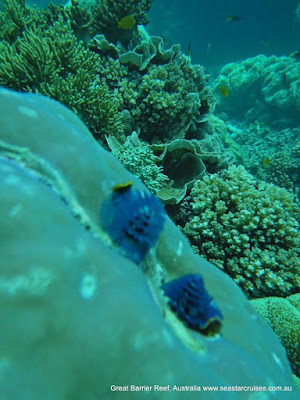 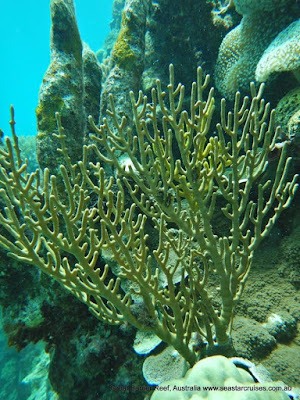 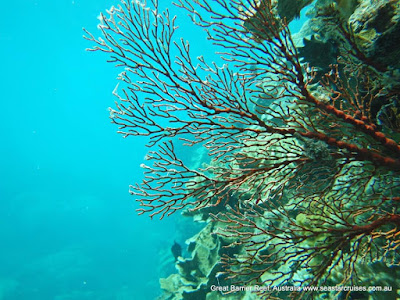 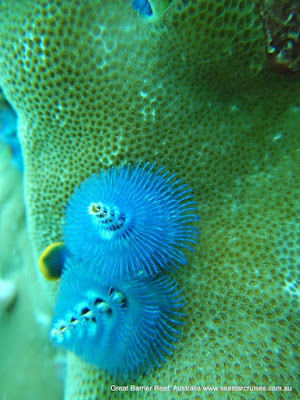 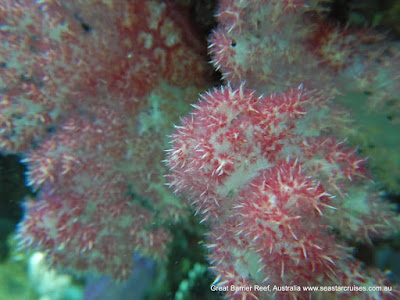 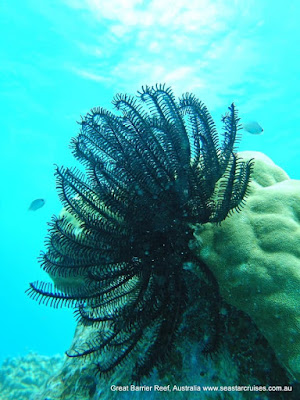 The tour wasn't very long, and we learned all about the different reefs and corals that live in the area. We were also told to pass the message along that the Great Barrier Reef is NOT dying, and that we as a whole, need to work on protecting our environment and natural resources.

We had spent the day sitting near an older couple from Florida, and he was kind enough to give me his last Dramamine before we headed back to shore, and I felt a lot better by the time we docked. 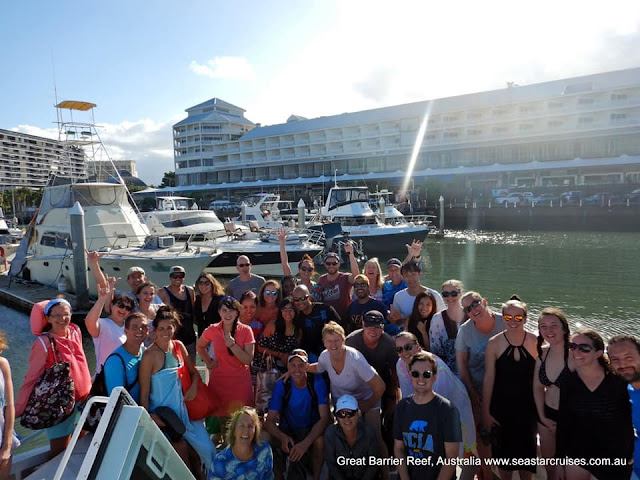 We took the kids back to the Lagoon for a bit so they could swim, stopped at the night market so Lisa could buy a necklace, picked up some last minute stuff at the store, then had dinner of sandwiches at our hotel. 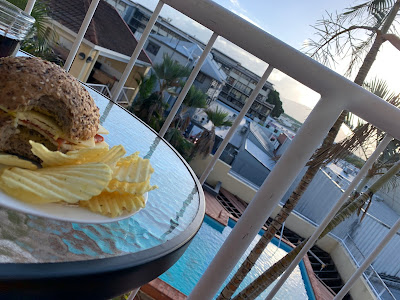 The girls weren't interested, but Lisa and I went back out to watch the bats one more time since it was our last night in Cairns. 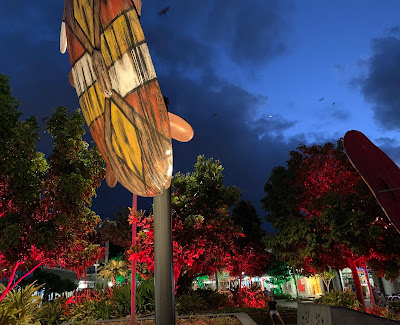