We were able to "sleep in" since our flight was very late morning. We had no desire to eat at the hotel restaurant, so we drove to turn in the car and figured we would get food at the airport. Australia is a lot like Europe, you show up to the airport and have no idea what gate you're at. We also ran into an issue that bag drop wouldn't open for another 45 minutes, so we had to get breakfast at a little coffee shop outside of security. (The only reason we were even checking bags is that the max weight for carryon was 15 pounds, and since we all only had one bag, there was no way to get it under that weight, although we were all pretty close).

As soon as our gate was announced we headed over, only for me to realize that there was not a bathroom at the gate. I headed back to pee and nearly missed the flight. (Good information if you are flying between states there, eeesh). 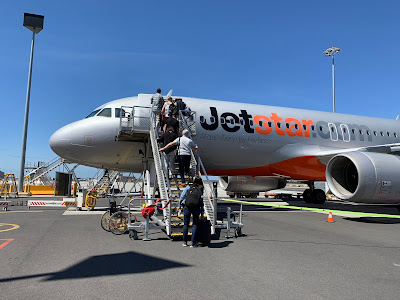 The flight to Cairns was uneventful and didn't seem as long as it was. I can't remember if I watched Netflix or listened to music. We landed on time and had a slight hiccup when I realized that since I hadn't set up Uber since getting a new phone, that I wouldn't be able to verify my account through text, so we added my card number to Lisa's account. The Uber dropped us off at our hotel - and we were impressed with the location and it's proximity to everything we wanted to do.

The kids were psyched to have an "off" day and WiFi, so they stayed at the hotel while Lisa and I walked to the marina and hit up Hemingway's Brewery. 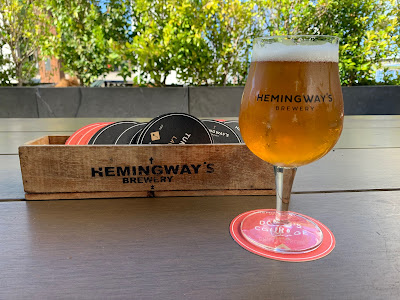 The only other thing we had planned for the day was grocery shopping (check, the store was right across the street from the hotel) and going to the night markets. Downtown Cairns was really cute, with beautiful trees. 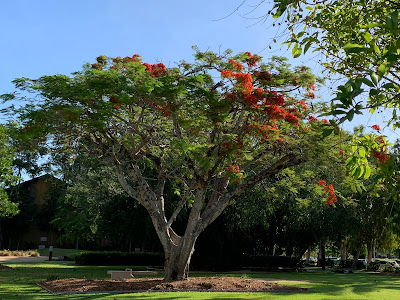 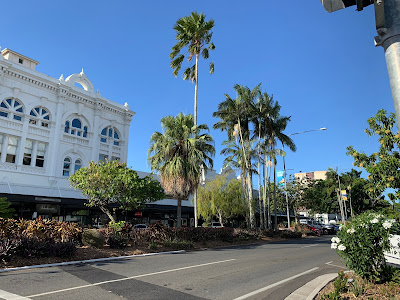 And flying foxes hanging out in the fig trees!! 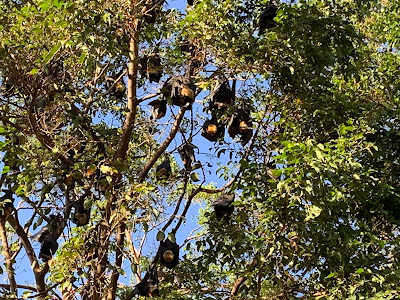 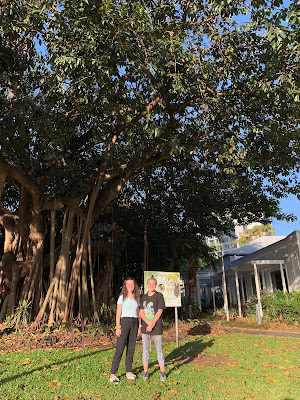 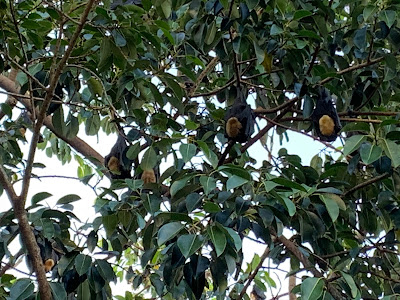 After we wandered the market, we sat outside and watched the flying foxes. It was pretty neat! 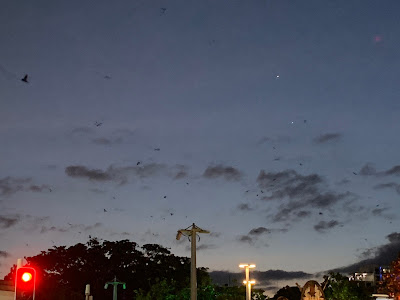 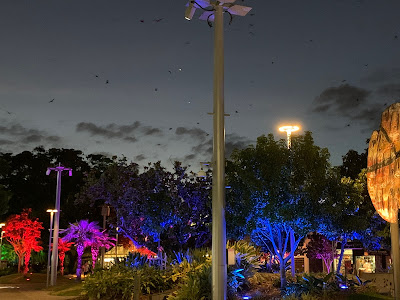