Our earliest wake up of the entire trip was when we were flying from Cairns to Sydney. Our flight was to DEPART at 5:10. In the morning. Oh lord. We knew the drive to the airport wouldn't take long, but did you know that our hotel was only two doors down from a strip club and we had to wait for our Uber with some unsavory folks, haha.

Even with that, we ended up arriving at the airport by 3:30, which was more than enough time since nothing was open yet. I planned on spending my morning booking airline tickets for our upcoming trip. This opened up a host of issues.

First, logging into my email from my laptop was flagged as "suspicious." I was locked out of my email for over a half hour, because apparently I don't know enough about myself to answer security questions. Fucking crazy.

THEN, I'm trying to book and Capital One/airline wants to verify my purchase with... you guessed it, a text. I kept getting locked out of my bank account and had to re-verify my identity with THEM. (Why this airport of all places were such an issue, I'll never know).

I was NOT able to get the tickets purchased before we had to board. Ugh. Figured I'd deal with it in Sydney. 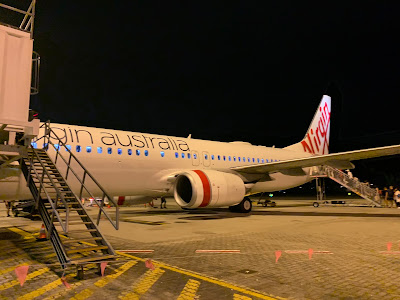 I was hoping to sleep on the plane, but surprisingly, I was not able to sleep. We arrived earlier than expected in Sydney, and had plans to use public transportation to get to our hotel in Bondi Beach. Once we figured out where the train station was, we figured we would need to buy an "Opal card" (similar to the Oyster cards we had used in London). We then figured out that that - 1). There is no way to be refunded if you put too much money on your card, 2). there is no "unlimited" pass since we didn't know what we were doing and 3). it was EXPENSIVE for four people to get to the beach.

We opted to just get an Uber (to the tune of $35ish) and decided to worry about it later. In the meantime, I was on the phone with Capital One trying to figure out a way to bypass the text verification, which I was assured was impossible.

Grrrrrrrrrrrrrrr. I finally turned on my phone long enough to get the text verification (we will find out how much this ends up costing me later).

Once THAT was done, we were dropped off at the swanky Hotel Bondi, where we were able to check in early. The girls picked a "pizza" place for lunch, which ended up being more like flat breads. But it was good. 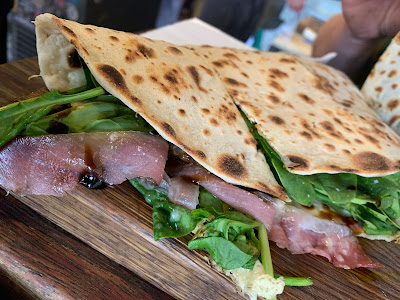 Even though it was cold and windy, we headed to the beach, although Ariel was the only one that got her feet wet. Once again, I enjoyed the unique Australian signage. 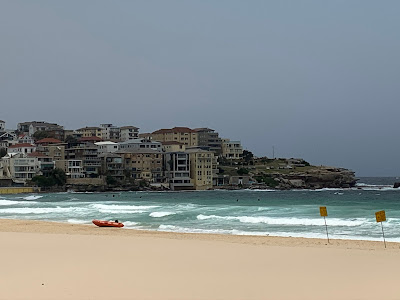 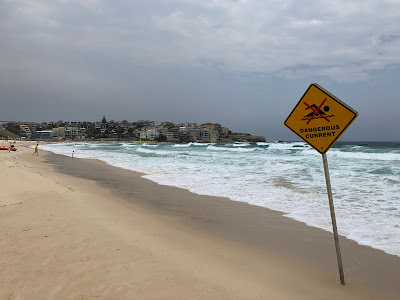 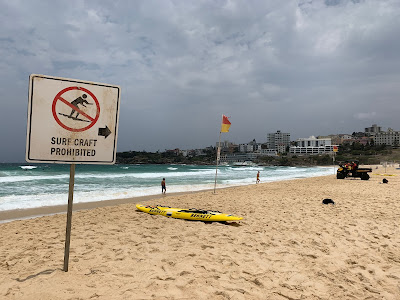 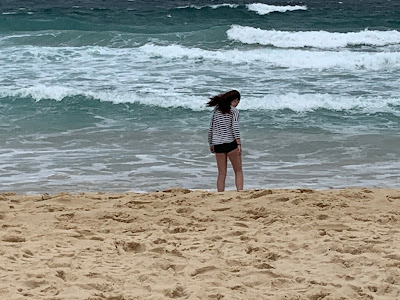 We spent a while wandering around and going to shops, mainly so Julia could finally get a hoodie, and we stopped at Ben & Jerry's for dessert of the day. I don't eat ice cream often, but this was delicious!! 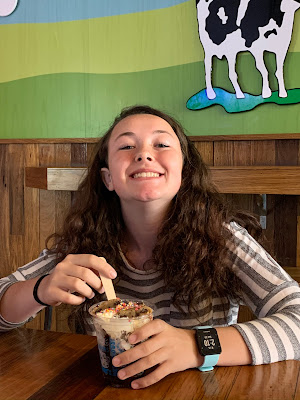 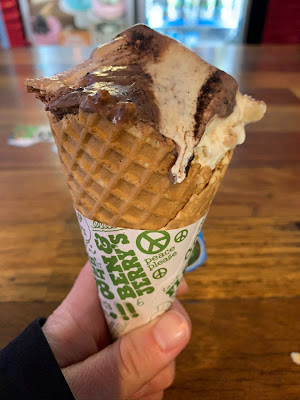 All of us were pretty drained from a few crazy busy days, and we ended up all napping for a few hours. The restaurant in the hotel had a pretty good dinner special, so we got steak and potatoes that were amazing! 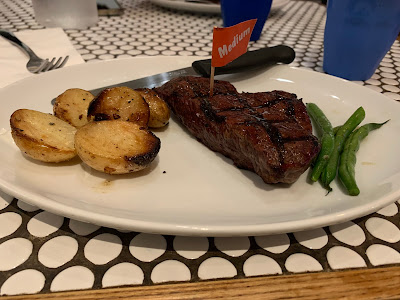 It seemed like the clouds might be breaking and I suggested going for a walk in hopes of getting some good sunset pictures. We managed to find the famous Coastal Walk, and we WERE treated to one of the most spectacular sunsets I've seen. 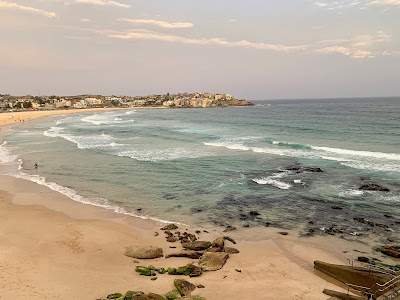 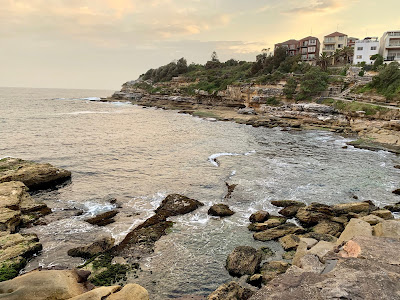 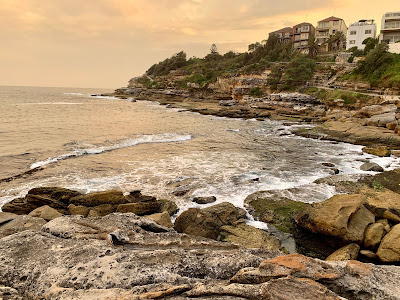 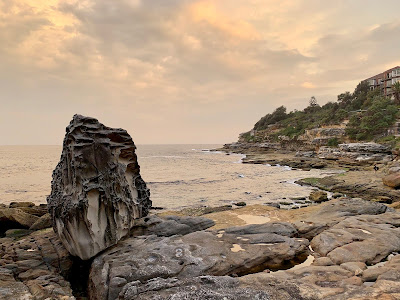 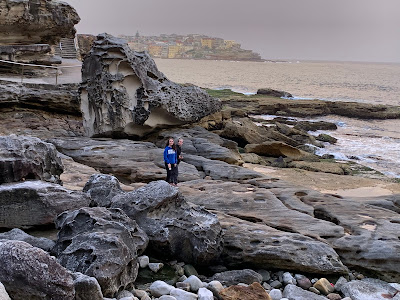 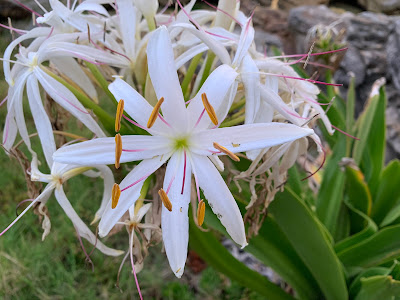 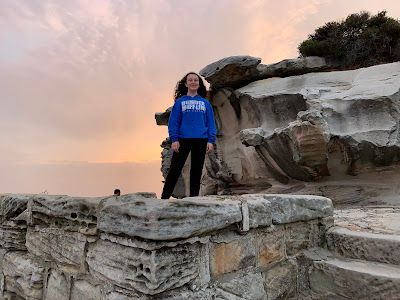 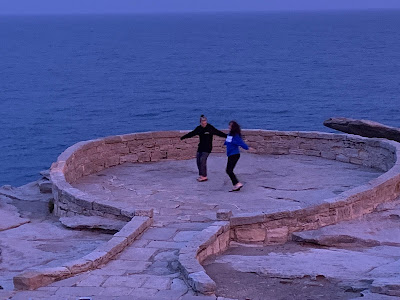 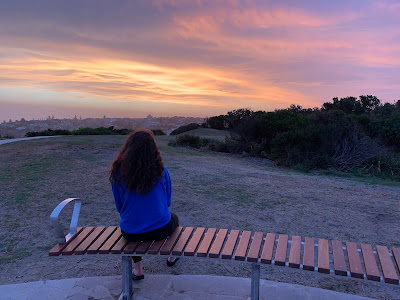 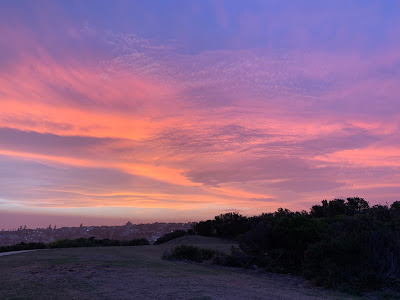 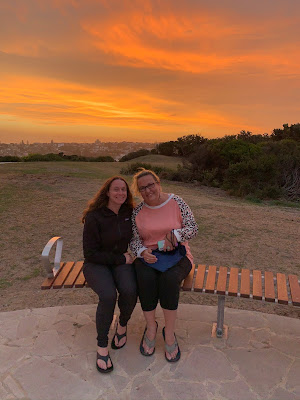 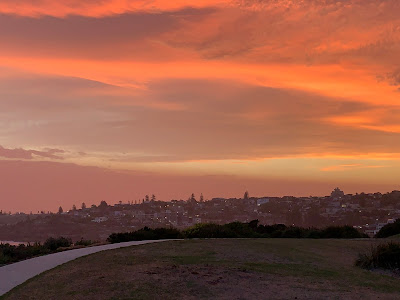 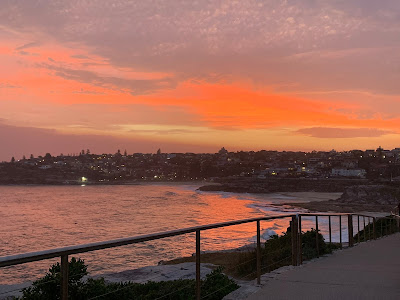 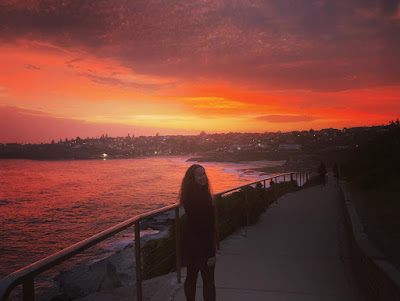 We weren't sure how far we had walked, so we opted to turn around before we ended up on the beach in the dark. 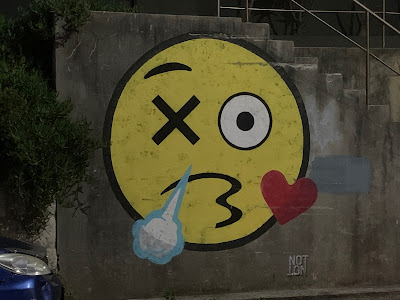 Even though we had all napped, we decided to go to bed early. This was a nice hotel and I slept amazing.
at December 09, 2019

Tuesday  (12,863 steps) - Core class during lunch. I told Ben I would skip going to Milk Market since I wasn't planning on running. We m... 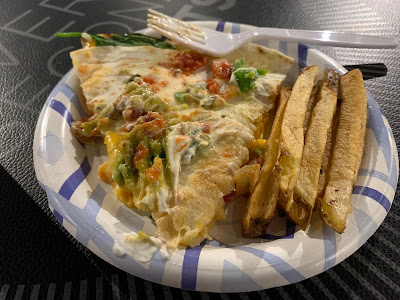