Tuesday (16,001 steps) - With no run on Monday, and no run planned for Wednesday, I figured I should at least do SOMETHING early in the week. Went for a solo run to the lake. It wasn't as warm as it has been, so it was comfortable. Not an awful run. 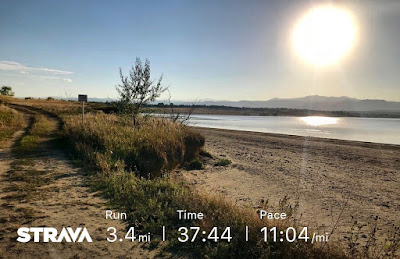 Wednesday (11,313 steps) - Core and strength class before work. After work we went to the meeting for the 2020 Leadership summit. We had heard about it a few weeks earlier, but this was mandatory for more information. Turns out that it was like attending a timeshare sales pitch... It was nice that we ran into Ang, as her daughter was interested in attending as well.

Handed a shiny brochure, watched a few videos, and by the time the pricing was announced (and it was EXPENSIVE), it was already "sold out." I went ahead and put a deposit down for A to be on the wait list, we will find out in a week or so if they plan on opening more slots.
Thursday (13,323 steps) - Headed down to Lakewood for Belmar Run Club since Newton was there to demo shoes. Ran the big loop with Dulce, then headed home. Fun night, wish it didn't take so long to get down there during the week.

Friday (10,445 steps) - Went to Lakewood during lunch to pick up my packet for Bear Chase. So frustrating that it took about 15 minutes to get there, and like 40 to get back home. Blech. After work got all the way to the grocery store before realizing I had left my fancy cupcake at the office. We made the idiotic decision to drive back downtown (during a Rockies game) to get it before picking up Rachelle. By the time we got home it was about 8:30, gave me enough time to get my stuff ready for the morning, in bed by 9:30.
Saturday (62,718 steps) - Bear Chase 50K! 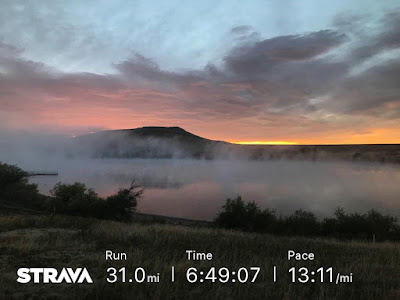 Finally felt "hungry" by the time we were heading home. After Rachelle's dad picked her up I ordered to go mac n' cheese from Old Chicago and booked our spring break trip (since there was a massive fare sale). In bed early - so tired!
Sunday (10,459 steps) - Another early morning. We left the house early to get to Cattail Creek aid station to volunteer with Pete for the shorter Bear Chase distances. It was soooo cold! 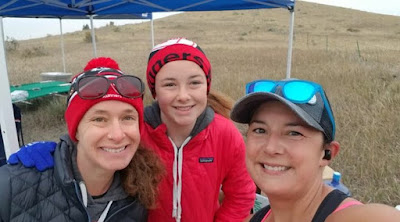 There did not seem to be nearly as many runners as past years, and we finished up earlier than expected. Headed to the finish line for pancakes and socializing.

Drove down to Bad Daddy's in Littleton to meet up with Jackie for a long overdue lunch. Burgers were delicious and it was great to see her again. 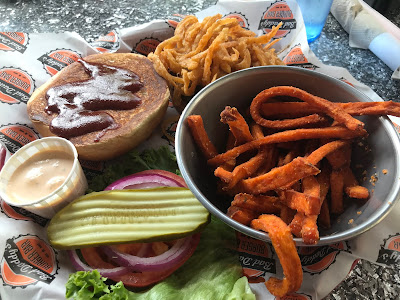 On the way home we stopped to buy eggs so we could make cookies for our upcoming potluck. Did some laundry, watched TV, in bed EARLY.
Monday (19,226 steps) - Core and strength classes before work. Finally went to New Terrain for run club, we hadn't been there in well over a month. The top of my foot had been hurting since I finished Bear Chase, but I was optimistic that I could get through a run. Shortly after getting up the initial hill my calves were screaming - worse than usual. Opted to just run along the canal. Ended up being really nice (and cool!) 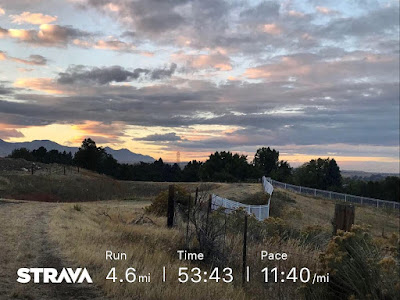 It also got dark way earlier than usual. It's apparently headlamp time of year, womp womp.