Tuesday (9,040 steps) - I actually met a guy for drinks after work. Only had about an hour, but it was a lot of fun, and something I haven't done in a long time. No pic of him, but this is his adorable pup: 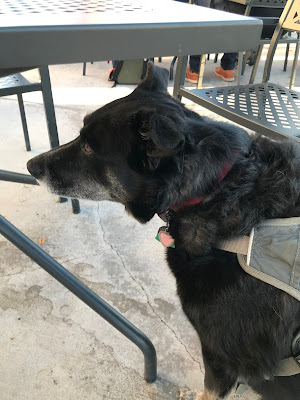 I had to rush to head to A's school for her first orchestra performance of the year. The school's gym is fairly small and they had ALL band, orchestra AND choir performing. So even though I was there almost 30 minutes early it was SUPER crowded. 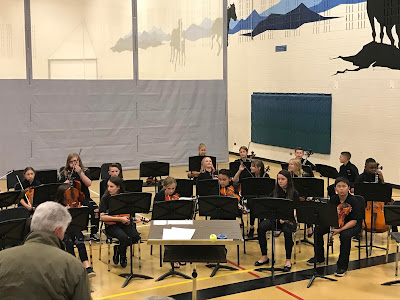 Wednesday (18,636 steps) - PF Core during lunch. Runners Roost Boulder! As usual, a pretty tough run. It was a little muddy and slick on Mesa before we got to Bear, but not as bad as it was the previous week. PLUS - I finally saw a bear! A cute little black bear that was thankfully running the opposite direction we were. 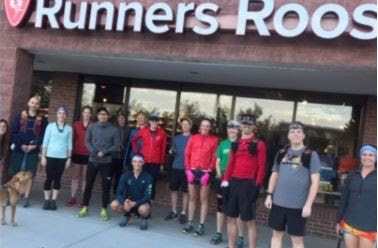 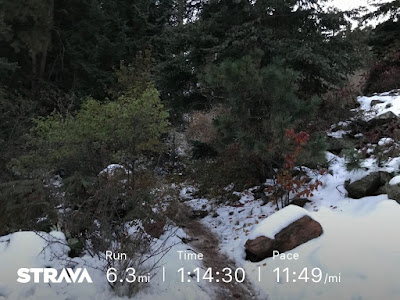 Thursday (13,380 steps) - Belmar run club! I actually ran with Paula, which I'm not sure I have ever done before because she is too fast (and usually running with A).
Friday (13,648 steps) - Forgot my gym clothes at home, but it was my trainer's last day, so I bought a cheap shirt at TJMaxx and some shoes and went to PF Core. 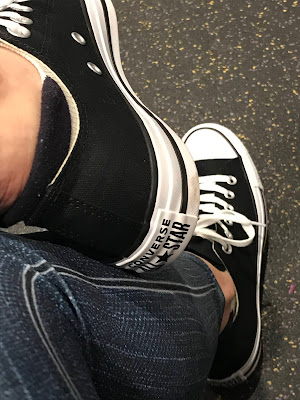 After work was typical grocery shopping & TV, starting packing for Javelina.
Saturday (21,318 steps) - Runners Edge! Lucky enough that it was in our next of the woods, so we didn't need to get up crazy early. The route was a figure 8 loop, so we all ran that. 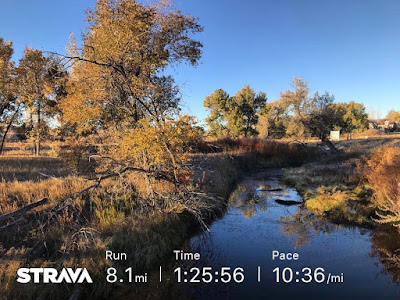 Headed home to shower and get ready since we had plans to meet up with Dulce in Belmar for pictures. Picked up our aid station and then met her and Matilda. Spent an hour or so doing pictures (which was fun). 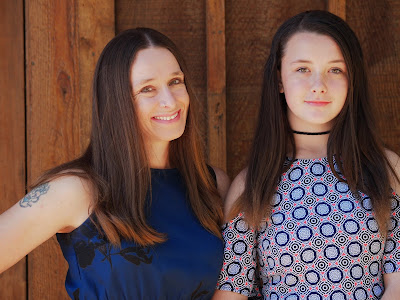 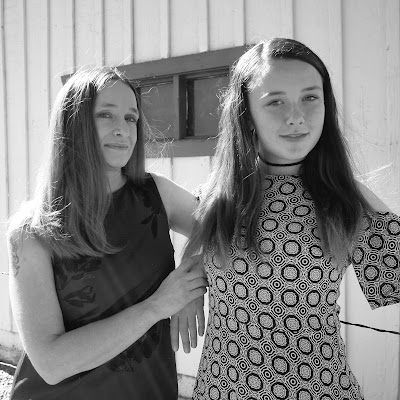 Stopped at BPCO to pick up some Body Skin, and we were both starving, so we went to Call to Arms & Mas Chaos. Sadly, the beer I liked wasn't on tap. Home for a bit before driving up the hill to pick up Heather and go to Brian & Katie's Halloween party. Tried to not eat too much, watched a super weird foreign movie, November. Fun time! 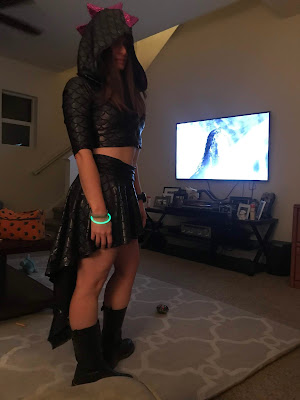 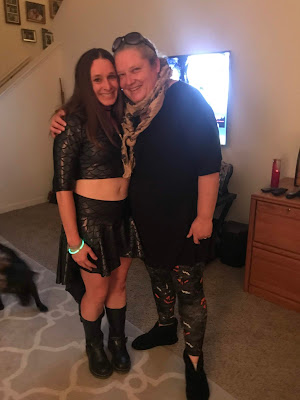 Sunday (11,102 steps) - Up early to volunteer at the 4 mile aid station at Rock n' Roll Denver. It was super cold, but the three hours flew by. 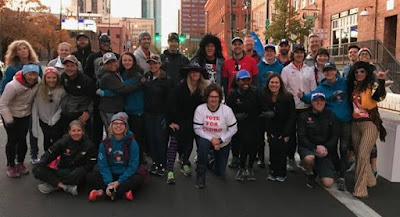 We went to brunch later at Punch Bowl Social with Ted, Jandy, Ben, Lisa and Sue. 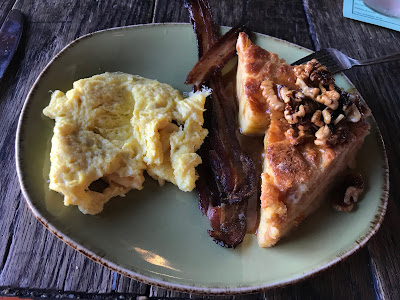 Target stop on the way home resulted into spending $150 on new bedding. Laundry and TV.
Monday (10,280 steps) - Nothing.