Tuesday (10,135 steps) - Nada! Rest day.
Wednesday (18,739 steps) - Core and strength classes before work. Rushed home after work to pick up A to head over to Bear Creek Lake Park to meet up with Ang and Maureen. ONLY... we hit a pothole on I-70 and promptly blew out a tire. Managed to pull over on C-470 & Alameda. Called Mo, and she came to pick us up. We still went for our run in the park (although we got a little lost and ran more than we planned). Made it to the Lakewood trail series potluck, where I was too stressed over my tired to do anything other than have a beer and a few chips. 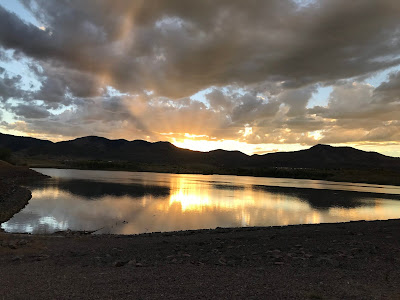 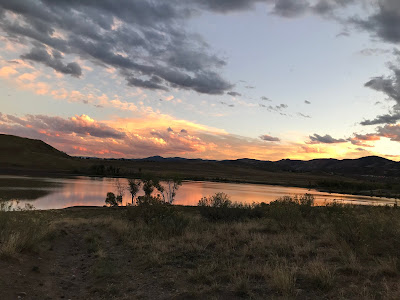 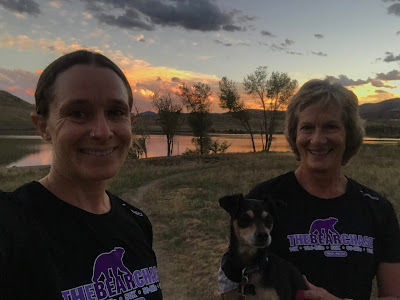 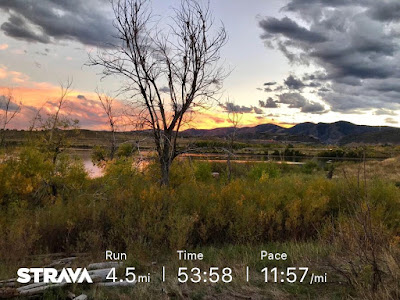 Dulce and Zach were nice enough to take us to my car, where Zach & A proceeded to change the tire to put on the donut while I spent a ridiculous amount of time on the phone with State Farm. Finally gave up on emergency road side. Took forever to get home because driving under 50 mph is REALLY SLOW. 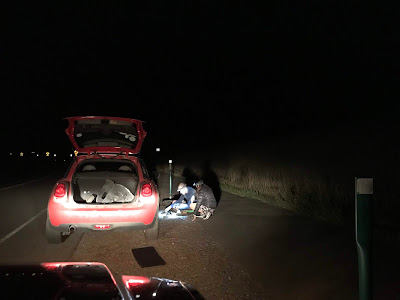 Thursday (9,368 steps) - Left early for work to stop at Big O on my way in. They didn't have my tire in stock, but would have it later in the day, so I went to work. Went back at 4:45, and they were able to put two new tires on (because you can never get just one), to the tune of nearly $300. Picked up A and headed down to Lakewood so we could see Jeff & The Lakewood Symphony perform. It was very cool, but we were out much later than usual and we were both exhausted by the time we got home. 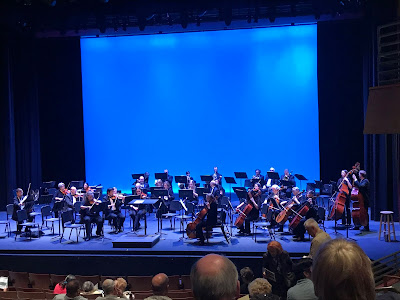 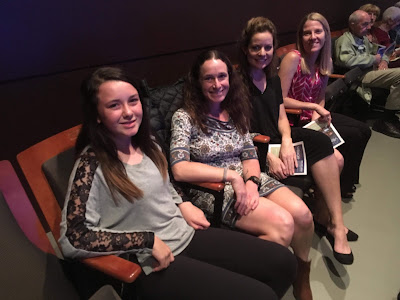 Friday (9,286 steps) - Went to Berkeley Park for a fun "DNF" night. Junko was there leading one of her crazy training classes, but we opted to skip since we were running in the morning. Had "dinner" of a beer and snacks.
Saturday (37,197 steps) - Long run with Runners Edge. It was COLD when we started. Glad I wore long sleeves and gloves, I kept them on most of the day. It was a hard day for me. Probably the combination of a hilly route and still fatigued from Bear Chase. 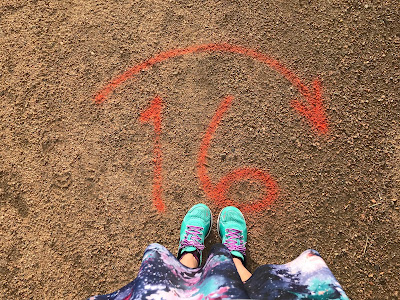 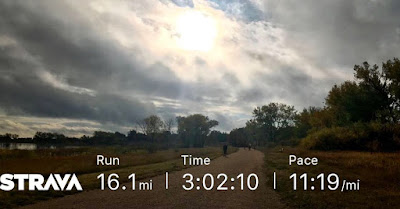 Took A to a sleepover in the evening.
Sunday (19,545 steps) - RMRR October trophy series 8 mile. It was another brisk morning, so I again opted for long sleeves and gloves. My predicted finish had me running at a 10:03 pace, which seemed impossible after how much I struggled the day before. We were running in Thornton on a double loop course (hilly). I again opted for intervals - 3:15 run / :50 walk. It was tough, but somehow I managed to run my predicted time! No ribbon though. 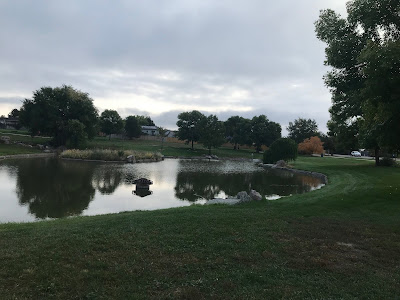 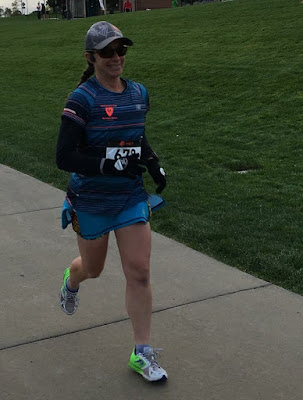 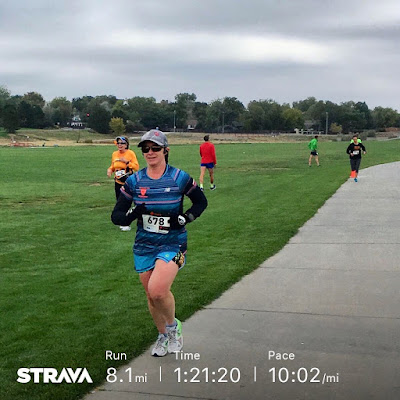 After, Ang and I went to Panera for brunch and some girl talk. 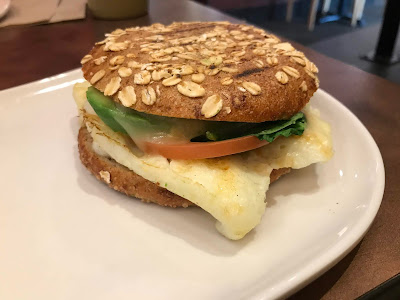 I picked up A around noon, and the remainder of the day was spent watching TV.
Monday (8,342 steps) - Prior to leaving the house, I noticed the wall in my basement looked weird. I touched it and it was soft, so yay, I clearly have a leak. OF COURSE I DO.

Went to the gym for strength & core. Had to leave during lunch to meet the plumber. He cut a hole in the wall, told me it had clearly been leaking a while (and previously patched). Yippee. Now I'll have to have someone come out to fix the drywall at another time.