Tuesday (10,882 steps) - Walked on the treadmill for a few miles until the guy who is repairing the drywall showed up.
Wednesday (20,359 steps) - Runners Roost Boulder! We had the first snowfall in the metro area. I didn't think it would be THAT bad for a run. 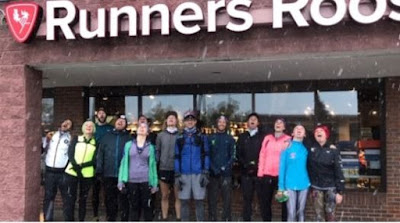 The trails were a muddy mess, and we probably should not have been running on them. Temperatures weren't too bad. Overall, felt just "ok" on this one. 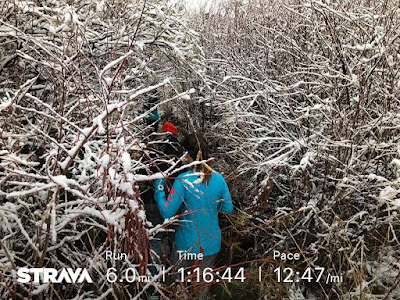 Our winter team gear was finally in and I spent way too much money. Went out with people after to celebrate JT's birthday.
Thursday (9,622 steps) - Berkeley Park for the Oktoberfest Mile! Initially I thought I might do a few miles for warm-up. Then decided I would just stay and socialize with the Brandons instead. 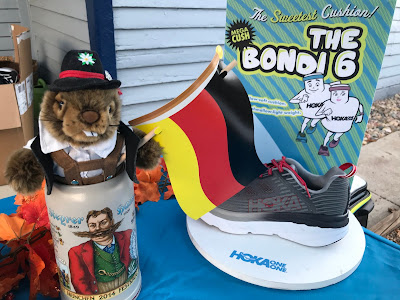 Phil had created a new twist on a beer mile - the Oktoberfest mile would include a soft pretzel, bratwurst, streudel and THEN a beer. As could be expected, the pretzel was pretty much the worst ever. The other stuff wasn't as bad. Never again. 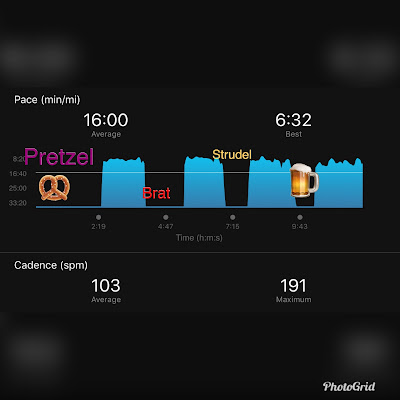 Friday (12,667 steps) - Core & strength before work. I found out that my trainer is leaving us!! He is going to be managing a new gym. Sucks, I really like his classes. Supposedly they are interviewing people this week. Wah. Went to lunch with Nicole at Rock Bottom. The guy who is replacing our drywall was over. I cooked a casserole (that I had made once before, and forgot about. It was so good) and also baked two pumpkin cheesecakes. 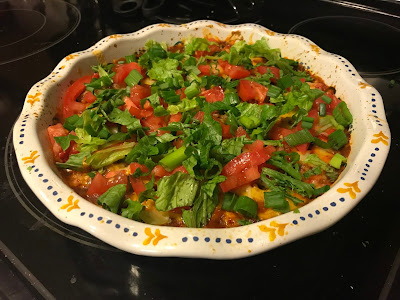 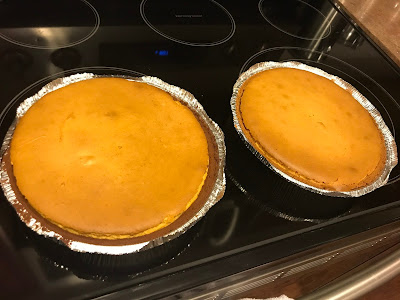 Rest of the evening was spent chatting on FB.
Saturday (40,138 steps) - Skipped Runners Edge to go to a free pop-up Runbarre class at the Lululemon in the Highlands. I ran with Mo and Colfax. 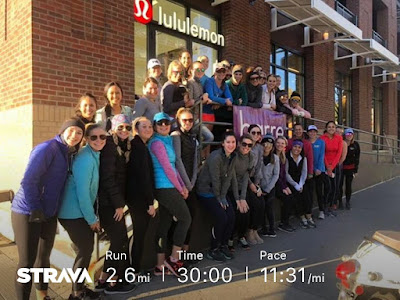 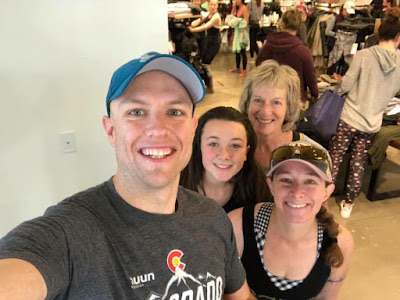 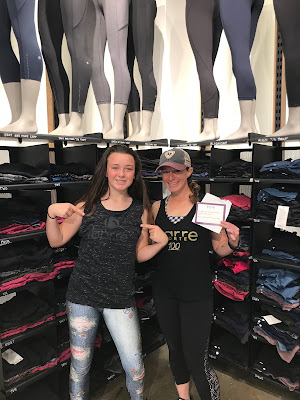 Then we took the Barre portion, which was super crowded. I can tell all my strength work has been helping though, I didn't struggle as much in the abs portion. Spent way too much money at Lulu, then drove downtown to drop A off at the Convention Center for her friend's tournament. Got home just in time to meet the drywall guy again. As soon as he finished up, I headed out for my 14 mile long run - I figured it would be better to run on tired legs in warm weather than get up super early to run in the snow. The first 10 or so weren't that bad, but my ankle wasn't feeling great by the end. 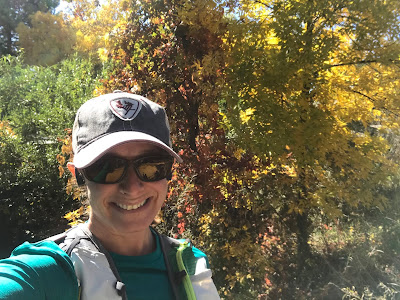 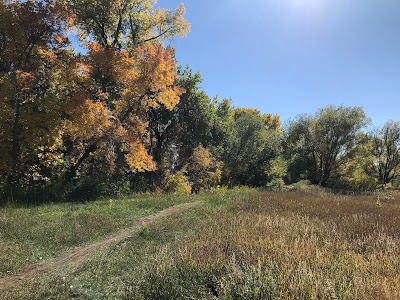 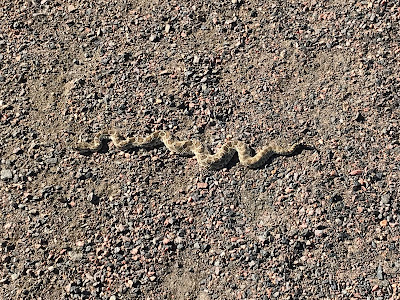 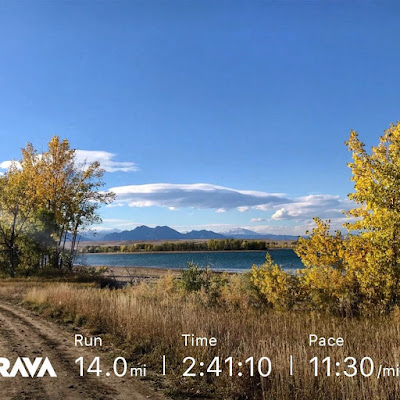 Rushed through a shower and then drove to Dulce's for Second Saturday. Fun night! 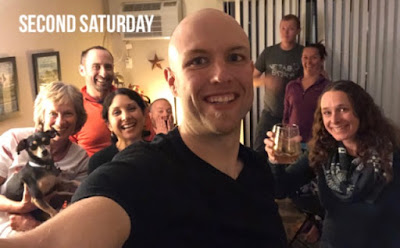 Sunday (5,651 steps) - Stayed in bed until after 9. Spent the morning watching TV, then drove up to Thornton to pick up A. Met up with Chris, Mo and Dulce at the Alamo Drafthouse to see "A Star is Born." It was really good! I was a bit worried that some of it might be "too old" for A, but she liked it too. Stopped and picked up Panda Express on the way home before watching way too much TV.
Monday (17,394 steps) - I saw my trainer still on schedule for lunch classes, so I headed over for a core class, hoping it wasn't a lie. He was there, and so were 5 others! Interesting and challenging "partner" core work. Finally headed back to New Terrain for run club - we haven't been out as much this year. I was really concerned I would hold everyone back and told Eliot not to wait, but turns out, I was just fast enough to keep up with the next slowest guy. 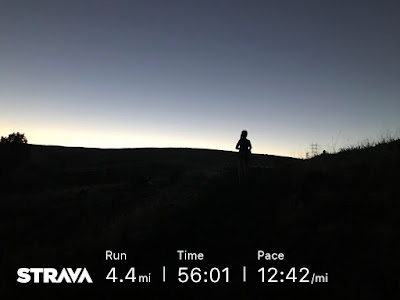 Stuck around for a beer (the new Imperial Stout!) before heading home for leftovers. 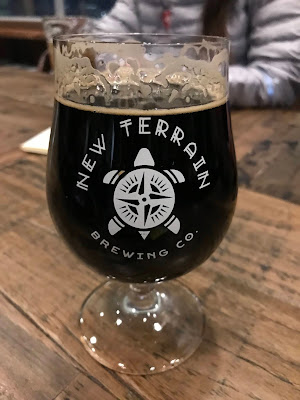