Tuesday (8,228 steps) - Halloween!! Barre with Sasha. We stopped at the grocery store on our way home and then went over to Kristen's for "trick or shot." Surprised to have Pete show up too! The adults sat around the fire pit and A went trick-or-treating with some older kids. A fun night! 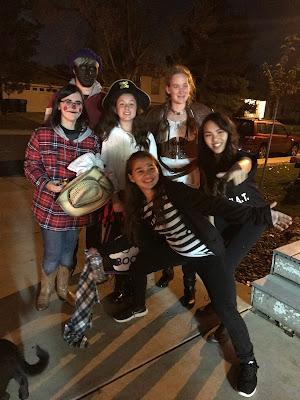 Wednesday (20,352 steps) - Runners Roost Boulder run club! We barely arrived with enough time to join the trail run. And it was WINDY. 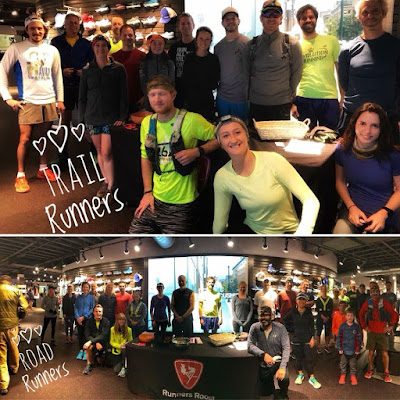 We ended up leaving the store about a minute after everyone else did because A needed to fill her handheld. Thankfully I had downloaded the Strava route, because I ended up having to run the app while we ran. The route was more on the roads than what we had run before, and we ended up getting pelted SEVERAL times by dry leaves. It hurt and the leaves actually were cutting the backs of our legs!! Finally we got to the Shanahan trail. A decent amount of climbing, but most of it didn't seem that technical. We actually managed to catch up to the group around the apex of the course and opted to run down with them instead of finishing the loop. 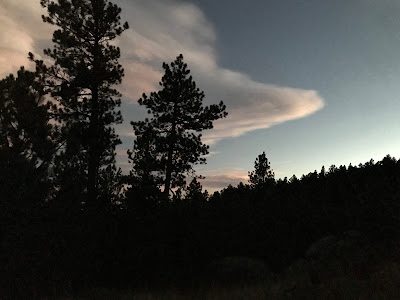 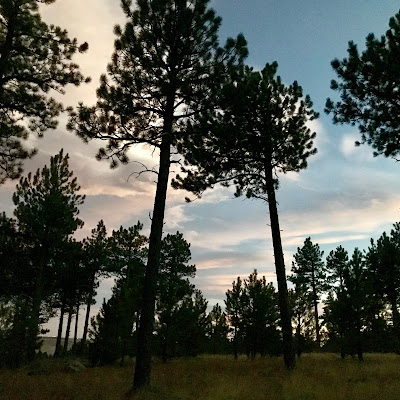 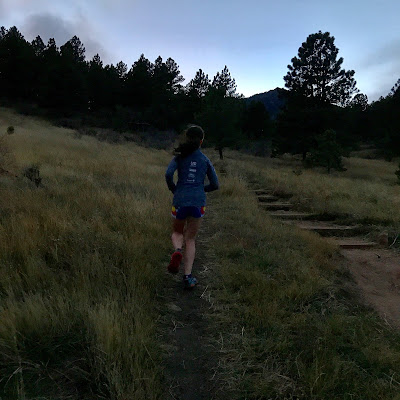 Unfortunately the front of the pack missed some turns and we ended up running a bit longer than we had planned, finishing with over 7 miles (on VERY tired legs). Arrived back in time for pizza, beer and a raffle. I won the last raffle of the night - a Boulder Roost shirt! Also picked up the newest winter beanie. 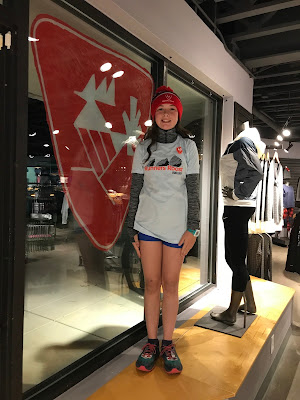 Thursday (10,287 steps) - Belmar run club! We did a mini boot camp at the start with Ash Kempton, and then Dulce and I ran the big loop. I was glad that I had left a thin jacket in the car because it was COLD. Stupid winter. 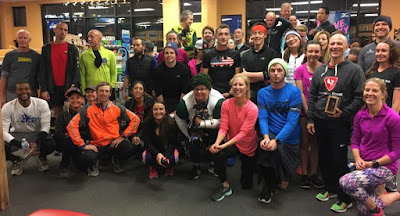 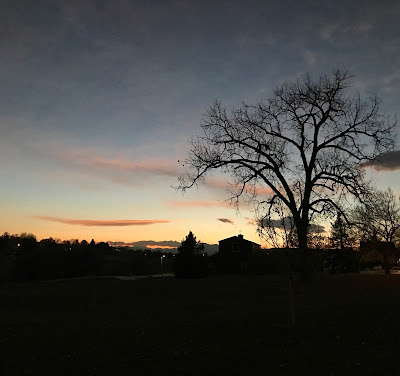 Friday (5,932 steps) - Went to A's school for an award's ceremony, and then later had to pick her up from her early release day. 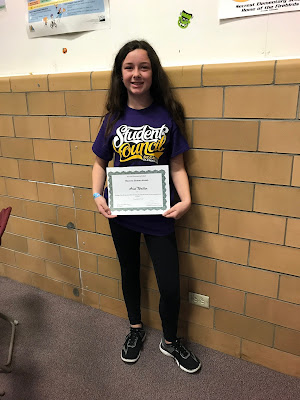 Rachelle asked if she could come over for a sleepover, so I ended up having the night free! I went out with Lisa and Jessa. LONG night.
Saturday (31,310 steps) - Backcountry Wilderness half marathon (recap to follow). I was supposed to pick up A around 1. Got a message while I was still at the race to ask if she could stay a little later, so I stopped at the Denver Roost to get some fuel and rock tape. Then I got another message after I was already on my way asking if she could stay even longer. With my extra time I went a bit further into Thornton to stop at Godfather's Pizza (with a new brewery next door!) 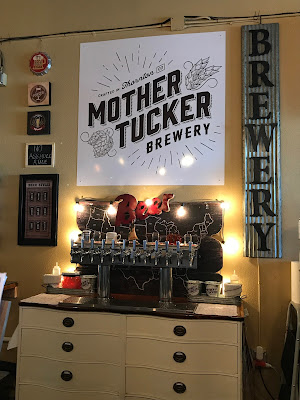 By the time I got A it was almost 4. Went home, ate, showered, napped on the couch. Watched a bunch of crappy Lifetime movies before bed.
Sunday (22,027 steps) - The only good day of daylight savings is the first day - extra hour of sleep! We got ready and headed over to Prairie Gateway Park for the RMRR November Trophy Series! A was also going to run the 9 miler. I misread my bib and thought I was supposed to start a minute after the gun. I actually was supposed to start at 0:00 so they quickly had to edit my start time. 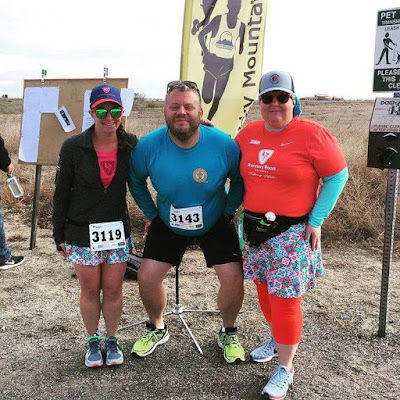 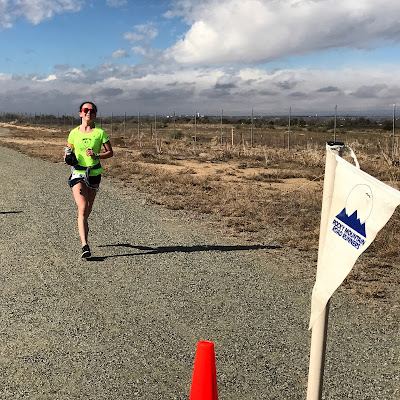 Last year I had remembered suffering the back half of this race, but happy to say that I ran pretty steady and didn't have to take any walk breaks. Also ran about 40 seconds per mile faster than my predicted time (although no ribbon), and about 17 seconds faster per mile than last year. Overall, pleased.

A and I had went to Red Robin for lunch - which was fabulous. Afternoon flew by, no recollection of anything other than watching Walking/Talking Dead.
Monday (26,684 steps) - Got a text from a co-worker notifying me that we were having a late start because of a power outage. (Thankfully she texted me or I would have gone in). I took A to school then stopped at Target to pick up some groceries. Went home for a bit and walked on the treadmill while watching Stranger Things. Around 9:15 I thought it was probably time to go into the office, then I got another text saying at the soonest we would be opening at noon. So I went back home with plans to watch a movie until it was time to go in. Around 9:45 we were informed the office would be closed all day! WOOT!! I finished my movie, went to barre with Laura and Beth at noon. Then drove up to Centennial Cone and ran about 6.5 miles. My first time out there, and next time I will allow more time so I can do the whole loop instead of having to do an out and back. 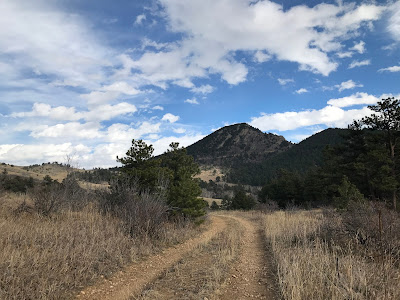 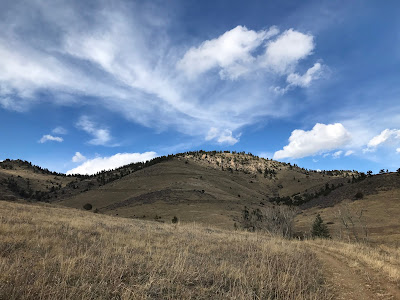 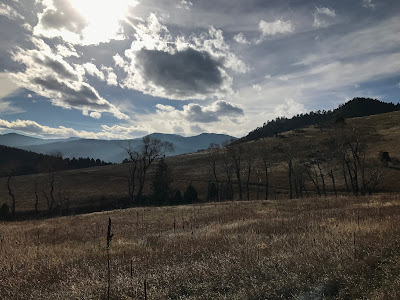 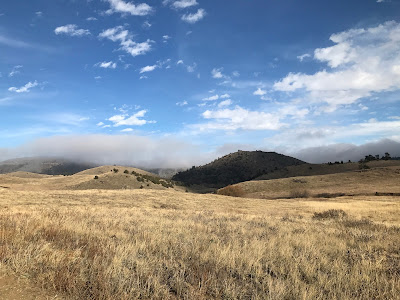 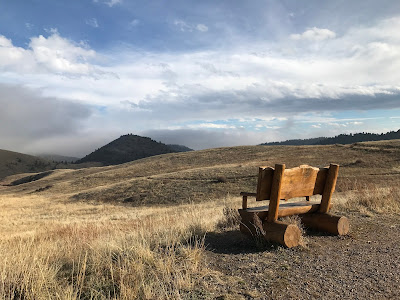 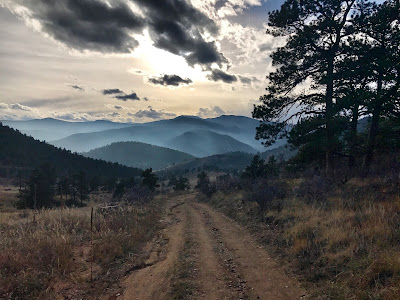 Came home for a late lunch and started an other movie. Left to pick up A at Scouts at 5:15, then went to the second-to-last run club of the year at New Terrain. Now that it is dark we can't run on the trails, so we just ran along the canal. I had only planned on about 2 miles, but it didn't feel that cold and my legs were ok, so we did just over 3. 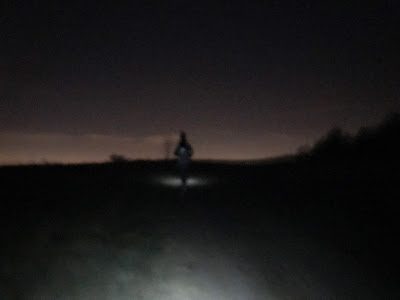 Had a beer with the group, then went home for dinner and to finish Beauty and the Beast. Best unexpected Monday ever!
Stats: