Tuesday (5,923 steps) - Barre with Kelly. Worked almost a 12 hour day, picked up Ang's girls on the way home for another sleepover. (Seriously, I must be crazy). After dinner I made two pumpkin cheesecakes (one with a chocolate crust, one with graham cracker) and we all played Things. 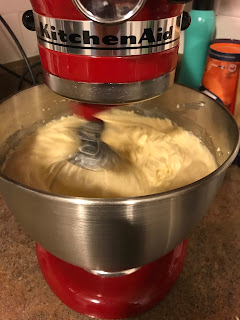 I was starting to feel like I was coming down with something so I went to bed as soon as the cheesecakes were at room temperature.

Wednesday (18,285 steps) - Girls went home around 10:30. Target for cold medicine and then my annual doctor's appointment. Then we headed up to Runners Roost in Boulder for a Thanksgiving Eve trail run! So nice to be running in a skirt and short sleeves in mid November!! 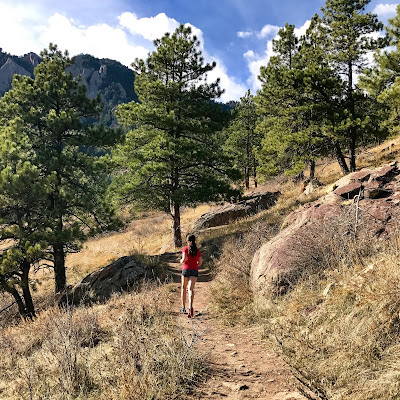 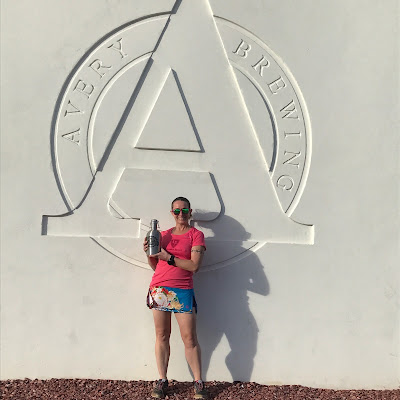 Stopped by Avery to fill up my growler before getting A to her doctors appointment. 1). they no longer take my insurance and it was just fantastic to find that out after we were waiting to see her, $172 out of pocket for a well-child visit!! and 2). she is now officially taller than me at almost 5'1". Appointment took long enough that we didn't have time to get to Wash Park for the Denver store's run, so we stopped by Louisville. Neither of us felt like running, but we had a good time hanging out with everyone.
Thursday (12,395 steps) - Louisville turkey trot! A ran with Maddie for another PR (25:09!) and I (with a full blown sinus infection) suffered through my miles. No official timing, but I ran 33:57 (10:51, 12:12, 9:46). A got some hot chocolate and I had a delicious (FREEE) porter from Liquid Mechanics in the beer garden. 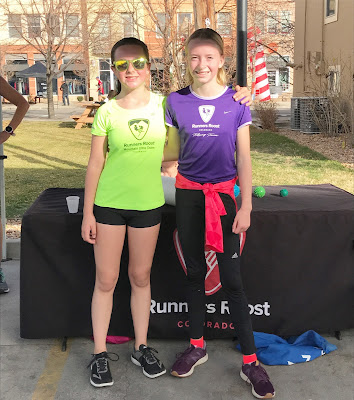 Home to shower and get ready for Friendsgiving at Heather's. I felt horrible and couldn't breathe and/or taste, so probably the first Thanksgiving in the world when I didn't overeat. We had a fun evening, even WITH her home alarm system going off for almost an hour.
Friday (3,802 steps) - Slept in until NINE. NINE. Black Friday barre with Sasha! (And apparently the only movement I did allll day). Lounged around until we went to Dulce's house for a "Bah Humbug party." Super fun evening, attempting to do a puzzle and drinking wine. A and I were both tired, so we headed home early. 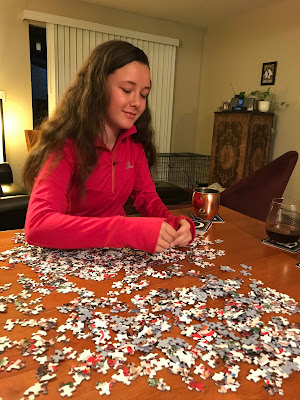 Saturday (18,106 steps) - Runners Edge! I was really hoping we were going to be at Three Sisters again, but we ended up just running Bergen Park and Elk Meadow. Super sunny, but really windy. Probably a good idea to have a "flatter" run during taper. 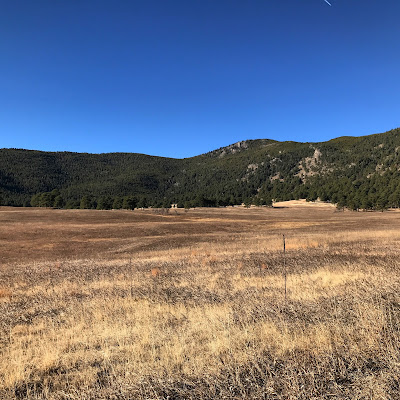 Quick shower, then on to Lisa's birthday brunch! Jen hosted an amazing event, there were Bloody Mary's (I only had two all day), cheese & meat, quiche and delicious breakfast burritos. We stayed until about 3, then headed over to Berkeley Park for the Onesie Beer Mile! 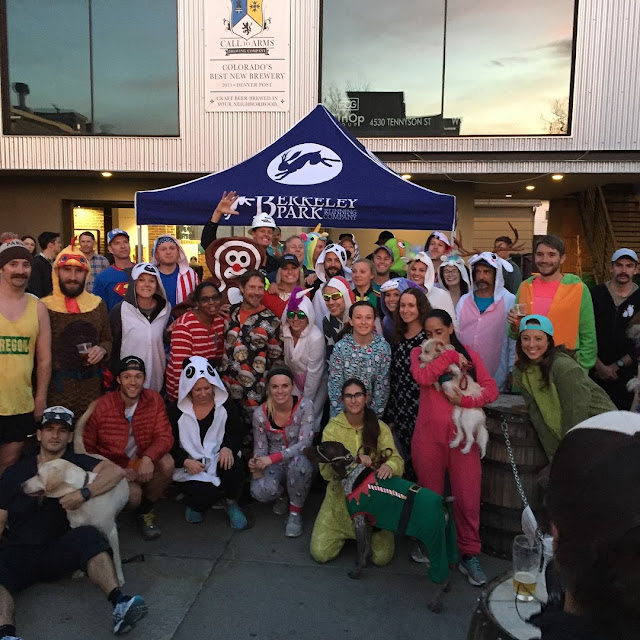 I was still feeling sick so I opted to volunteer and A was doing the root beer mile. It was a really fun event, they ended up having about 40 people running!
Sunday (12,884 steps) - Team/community run at Runners Roost Aurora. Probably the most fun ever, a 5K scavenger hunt! 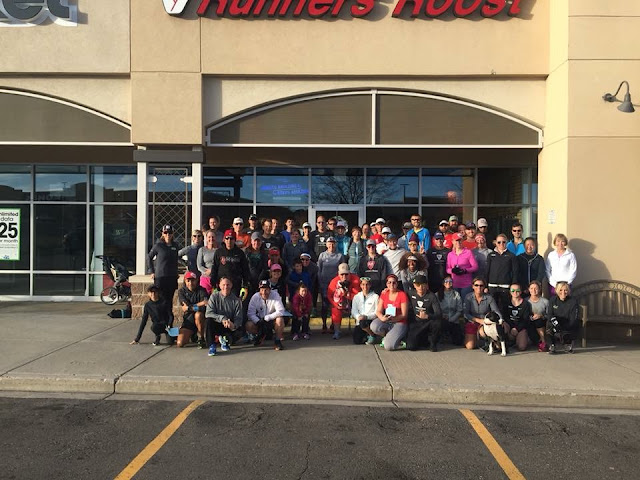 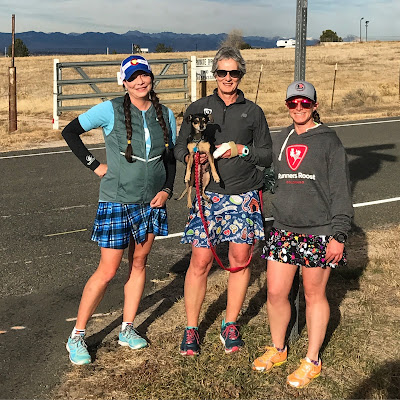 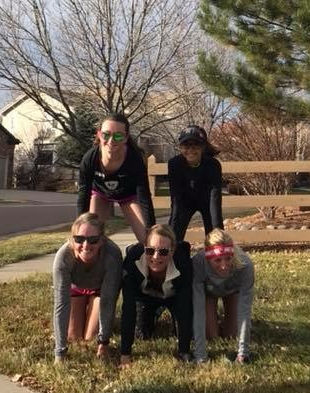 We took tons of pictures, did a little running, ate some pie, and (sadly) came in second place. Errands and then packing! 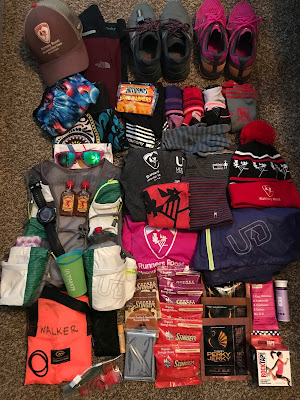