Tuesday (19,750 steps) - 4:30 am wake up call. This week's speed work was at Cranmer Park in Denver, and a bit further away then where we went the last time. Our email indicated there were no bathrooms where our workout would take place so I had to allow for bathroom time. Even with our stop we arrived at about 5:20. It was substantially colder than a). it was at our house and b). what the forecast said. Our 15 minute warm up jog was very cold, especially with the breeze! After plyos we began the workout, which was 100 meter sprint hill repeats, with the same distance of recovery. When I first read this workout I thought, eh, six of these? No big deal. HAHAHAHAHA. The first two or three were fine, then it just got bad. First problem was that I didn't seem to be able to recover in that short of a period of time. There was also no break between repeats. Instead of an easy jog I had to walk in my recoveries on the last few. Blah. Part two of the workout was park loops, with about half to be run "hard" and the other half to be recovery. Thankfully, this didn't seem as hard, and my third (and final) loop "hard" pace was about an 8:30. 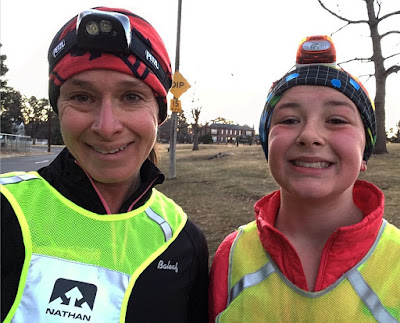 Barre with Laura during lunch. Pretty excited to have news of some new classes arriving soon at the studio. Gymnastics, a stop by A's scout leader's house to drop off our remaining cookie money.
Wednesday (14,682 steps) - Had my alarm set to run 5 miles before work. When it went off, I could HEAR the wind, so I promptly went back to sleep. Between the wind and my weird calf/foot ache, I figured another day off couldn't hurt. A had her second orchestra concert, which was a lot of fun, but LONG - we didn't get out of there until almost 8:30! 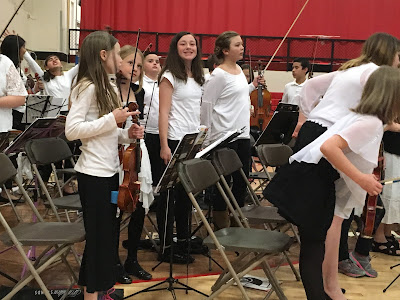 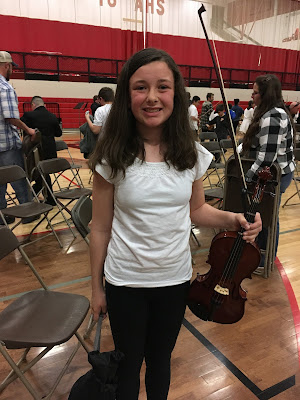 Thursday (22,618 steps) - Morning barre with Gabi. A had her first soccer practice for the spring session, then we headed to Belmar early for run club. 6 miles on schedule, so I headed out about 20 minutes early to fit them in, and A walked with Mo and Colfax. I guesstimated incorrectly a loop to run and ended up running a bit on a hilly/busy/narrow shoulder. Next time I'll do better. 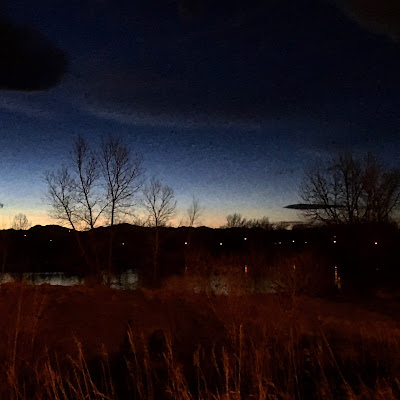 We actually went to Rocko's after and got some basic planning for our summer vacation done.
Friday (15,909 steps) - BUSY day, but thankfully a rest day. Took my car in to get an oil change, went to Runners Roost to pick up our ROTG packets during lunch. Ended up staying at work until 6, then took A to a sleepover in Thornton. Evening was spent catching up on House of Cards and getting my aid station ready.
Saturday (30,931 steps) - Got to sleep in a bit since my aid station wasn't very far away, at just west of 14th and Wadsworth. Then kept heading southwest until I got to the RTD at the Jefferson County government buildings. We had a fun run planned - a point to point "net downhill" run. When A was still planning on running we had a goal of 8 miles. I had 10 on schedule, but got talked into doing 12 since that's all the course was set up for. The first time I ran a "net downhill" race in 2010 I was really surprised by how NOT downhill so much of the course was. The first few miles of this route was similar. It was really cold and misty and a decent amount of climbing. I was really tired but had only one goal - no walking outside of the aid stations - which I did! I didn't quite hit "goal pace" miles, but I'm actually on a recovery week so technically those weren't on my schedule anyway. The first 8 miles felt pretty good, 8-10 weren't terrible, but I was really done after that. The just proves that I need to get back into these longer weekend runs to re-build my base! 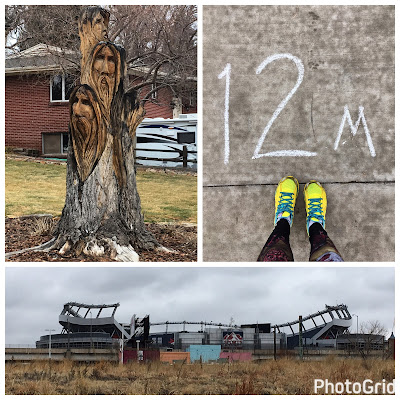 Lisa waited for me at the light rail station at Mile High, but we missed the train because we hadn't purchased our tickets. D'oh!!! Then we had to wait 15 minutes for the next one. By the time we got back to Golden it was already almost 11, then I still had to pick up my aid station (and someone stole my container of pretzels!!) and get back up to Thornton to pick up A. We stopped at the house for long enough for A to brush her hair and teeth and me to change out of my wet running clothes. Dropped A off at her Scout leader's house for an activity and then drove back down to Denver to volunteer at packet pick up for ROTG. I STILL DID NOT HAVE TIME TO EAT ANYTHING. Jandy, Heather, Eric and I went to Old Chicago for a much needed replenishment. Sicilian pepperoni roll mac & cheese for me, and then back home to meet up with A. Blarg!! In bed early for daylight savings / race day.
Sunday (21,9888 steps) - ROTG. 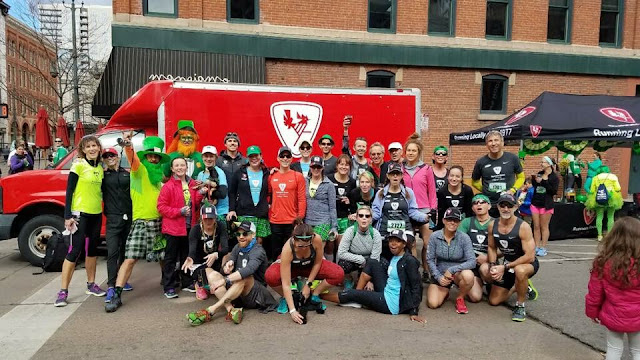 After the race Maureen, Heather, Eric, Jandy and I went to Yard House for lunch (I got a BBQ chicken pizza and some fries) and then we stopped at the Cheesecake Factory on the way back to the car. They had a new flavor, Hazelnut Crunch, but A didn't think that sounded good so we stuck with a plain chocolate mousse. I had just enough time to take a quick shower before going to barre - AND SOMEONE WAS IN MY SPOT DURING CLASS!!!! Don't they know it's MY spot?? (I almost wrote, lol, but I didn't, because it seriously messed with my head being in a different part of the studio). Mo and I went to Prost Brewing after for a beer - IN DAYLIGHT. Wasn't super impressed, think that is a "one and done" brewery. Stopped at Sprouts on the way home for some last minute groceries, cooked dinner, watched the Walking Dead.
Monday (14,431 steps) - BLAH BLAH BLAH. Rest day, thankfully. After I picked A up at Scouts we made a run to the grocery store.