Tuesday (20,693 steps) - 5:30 am speed work in Lowry. After our warm up jog and drills we headed up the top of the dam for 5 x 1K repeats. As usual, the first one wasn't bad, the second was terrible, then the next few got gradually faster. I only had time to do 4 x 100 meter hill repeats (although A got in 5, because she is faster), but BELIEVE ME, it sure felt like plenty. Coach took a few pictures (look at that sunrise!) - one thing I notice comparing mine to A's is how much better her form is! I'm clearly hunched over and she is upright... 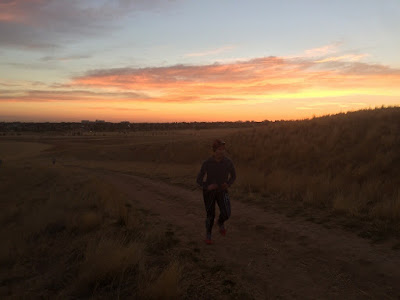 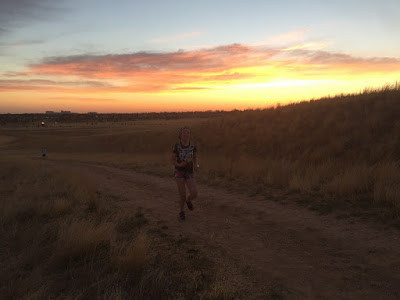 The drive took us a lot longer than I hoped it would (we got stuck in morning rush hour), so by the time we got home we only had 17 minutes for us both to shower and get out the door for work/school (which we SOMEHOW did). Gymnastics, dinner.
Wednesday (19,677 steps) - Slept in. Special off-site run club at Next Door (where we went last summer). I had 5 miles on schedule that I really didn't feel like doing. I ran 2 with Heather and finished up the last 3 with Dave. It was not a good run. Lots of walk breaks and felt pretty crappy overall. We stayed for a few minutes for beer and appetizers. 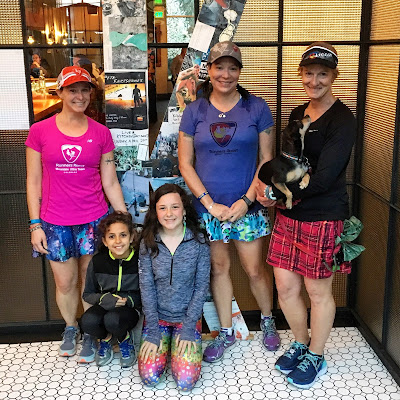 Thursday (30,883 steps) - An even yuckier run than the night before. 6 miles out and back by the lake. Overall just felt tired and sore and blah. SUPER happy to have those done. 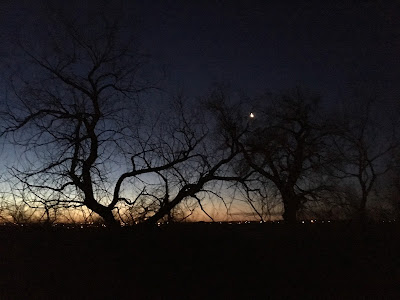 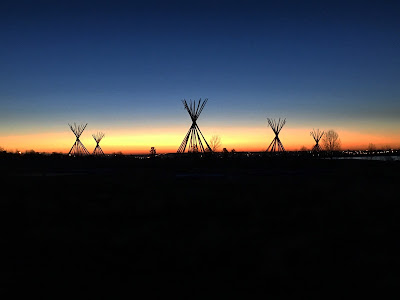 Barre HIIT during lunch with Laura. Pretty sure I have never sweat so profusely in my life. Run club at Belmar, although since I had already run AND gone to barre, we just walked the big loop with Dulce. Rocko's afterward for nachos. 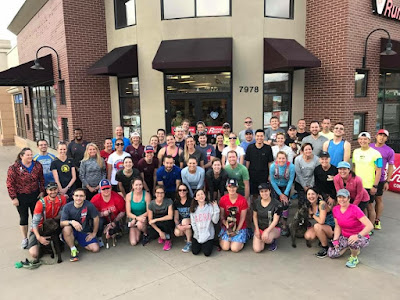 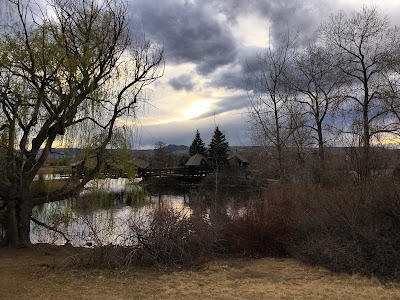 Friday (8,356 steps) - SLUG. Nothing all day. Literally the least active I've been ever.
Saturday (41,199 steps) - 16 miles with Runners Edge. We had the aid station at the mile 7 turn around. SUPER pretty while we were setting up! 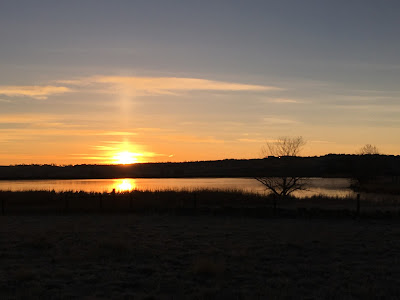 The course was marked as a 7 mile loop, so A did the first 7 with us, and then Heather and I went out solo for the last 9. We did a random 2 miles mid run so we wouldn't have to run an out and back from the start. The route was new and a lot of fun! I really enjoy not always running somewhere that I have to cross roads and run on pavement. 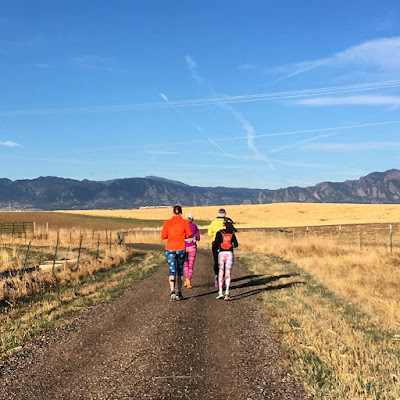 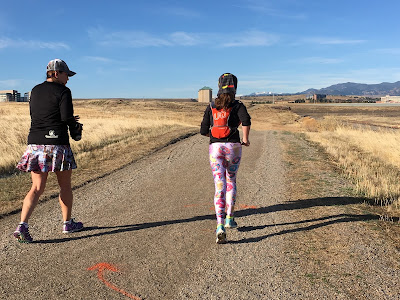 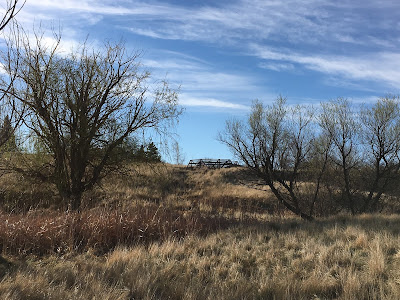 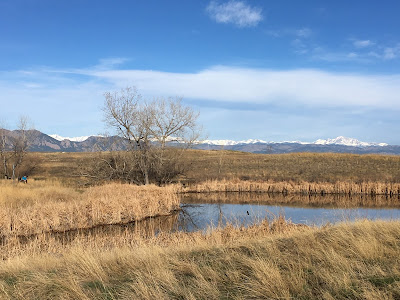 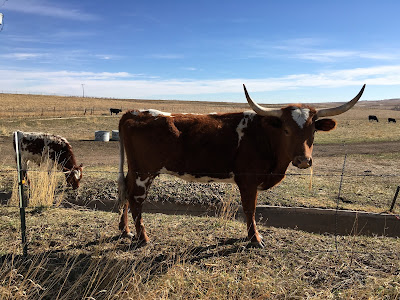 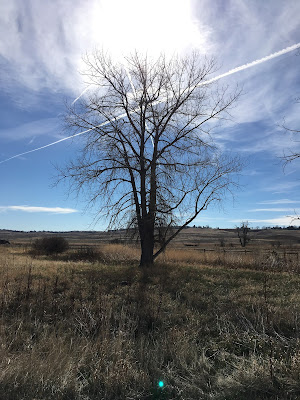 I had worn long sleeves and a vest when we started out - it was only in the mid twenties! Sun was out, so it heated up QUICK, and I was happy to ditch the extra clothes at mile 7 and just run in a tank after that.

Lunch at Sweet Tomatoes, quick trip to the store. Cleaned the bathroom, showered, went to see the movie "Sing" and then did NOTHING the rest of the day.
Sunday (30,330 steps) - RMRR marathon training session ten mile run. I didn't even get up until 7:00, drove over to Twin Lakes, and was a bit surprised when I arrived at 7:45 to see we would be wearing bibs... that doesn't really seem like a training run! It was colder than I expected, so I wore my 1/4 zip (and was glad I did). A was volunteering with Lisa at the start/finish and then moved over to the 3/7 mile aid station. As for my run, the first 7 or so miles were pretty good, struggled a bit at the end. For the first time in AGES, both feet went completely numb. Painful and annoying, but I was able to run through it. Pleased to finish with no splits over 11:4x.
Started drizzling right when I got down. Back to Sweet Tomatoes since it was their "farewell" breakfast. Thankfully (?) it wasn't as good as we remembered. Showered and went to Grandma's House for foul-mouth cross-stitch. It was free with purchase of a beer, so it was a fun (kinda) and cheap way to spend the afternoon.  Pretty impressed I did this with NO template: 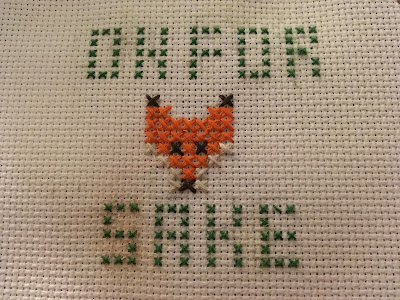 Left at 3:45 to go to barre, then home for dinner and The Walking Dead.
Monday (12,387 steps) - A slept in a bit and then I took her over to Ang's house when I went to work. Went to Red Robin for dinner and then one more trip to the grocery store because we have nothing to eat for dinner this week. I watched House of Cards while A worked on her science fair project.