Sunday, March 12
Denver, CO
Weather - chilly at the start, windy at the finish

I had never run the Runnin' of the Green, even though it is an extremely popular race, and the season kickoff for the Runners Roost team. This year, the team was lucky enough to get entries into the race, so I was going to be running. A had run it last year when I was volunteering, so she would be running for a second time.

We remembered from last year that as long as you arrived early, the parking wasn't too bad. And THANKFULLY, the race is on a Sunday, which means the parking meters are free!

We got up at 7:45 and were out the door by 8:15, parked just a few blocks away from the start by 8:40 (for a 10:15 start). We spent the next 95 minutes at the Runners Roost tent chatting with all our friends and teammates (and lamenting about how cold and breezy it was!)
Ditched all the layers about 15 minutes before the start and got into the corral. A had plans to run with Lisa and Jandy, Heather and I were running our own races. Within about 30 seconds they were already ahead of me. I knew the course was "hilly," but of course I hadn't taken the time to look to see where exactly the course went. 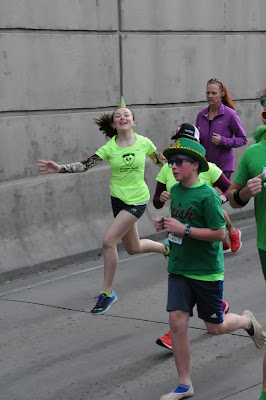 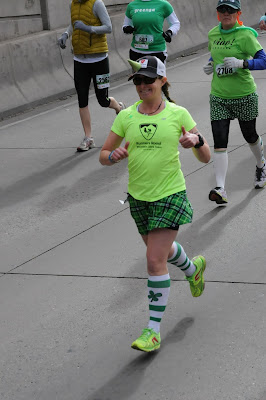 I tried to take it easy the first mile, knowing that if I go out too fast the first mile that my calves will cramp up. There were already some hills early on, and by the time we got up to Central Parkway, about a mile and half in, my legs were already toast. I hoped that getting some water and walking through the aid station would release some of the tension, but sadly, we headed up north and then I had to walk up a bulk of 15th street. Once I hit mile 2 I hit my groove and was able to run pretty well.

Saw Jandy turning the corner towards the aid station. Lisa and A were at the 3 mile marker when I saw them, so they were about a third of a mile ahead of me.
I walked through the water station, and figured I had about 3/4 of a mile left. I did walk a bit up the hill on Central heading back into downtown. Kicked it in for the last .4 of the race, posting my fastest pace of the day. 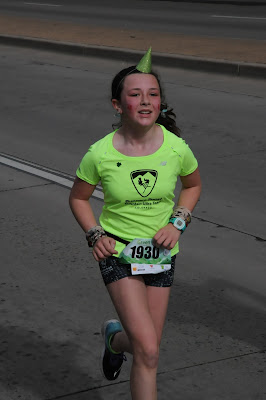 Got in line with Chris for food and beer, and then finally met up with everyone at the Roost tent for socializing. We ended up staying at the finish line until probably 1:30 pm! Such a fun day with everyone.

Obviously I have some work to do, but it wasn't as bad as I thought it could have been. I could have run this a bit better, but this is a "glimpse" of getting back some of the speed I once had! Hopefully with a few more months of speed work I can get back into some faster times.

A hijacked my phone and took selfies with everyone that she could find. 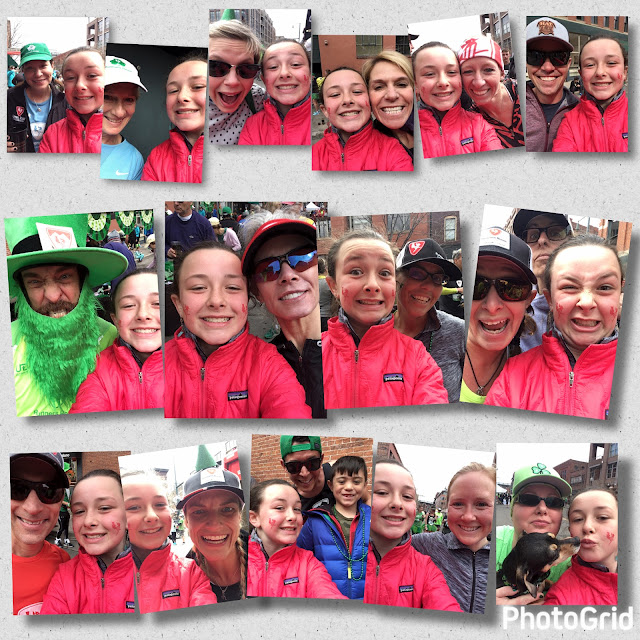 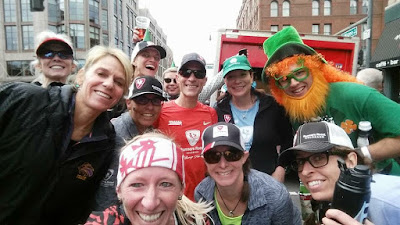 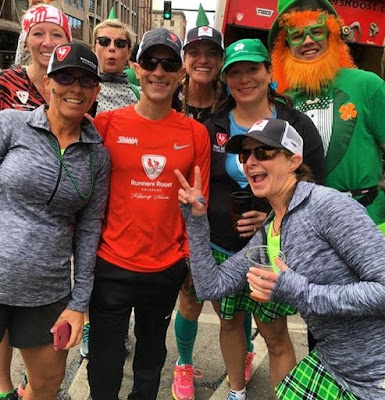 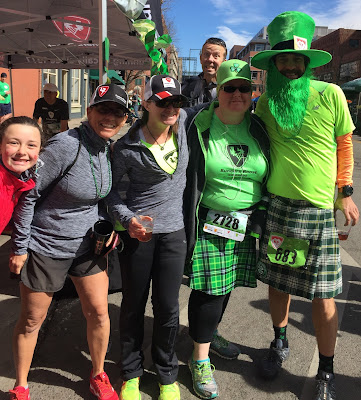