Tuesday (12,767 steps) - Even though we had a super late night getting back from California, we had to get up extra early because A had student council. I had to skip barre because I had a meeting (with pizza) during lunch. A had gymnastics after school and we stopped by Jan's house to pick up more cookies and drop off money. Watched Quantico and did a load of laundry.
Wednesday (19,788 steps) - I had briefly thought about going to an early barre class but chose sleep instead. Run club at the Denver store after work. The temperatures were really mild and I ran 3.5 miles with Heather, A and Colfax. Grocery shopping on the way home, had to make more medals for the next FYCO race and dinner. One episode of Law & Order and then cookie organizing and another load of laundry. Up until 11. This has to stop!!
Thursday (18,200 steps) - For the first time (I think), since I've had my current job (2+ years), I didn't straighten my hair. It was kind of relaxing to just take a shower, put my hair in a ponytail and go. I'm hoping that if I do this for a few weeks maybe I can restore some "strength" to my hair, it's crazy damaged. Since I didn't go on Tuesday, I went to barre at lunch with Laura. Very small class, only three people! As usual, super challenging. Run club at Belmar after work. A wanted to walk again so it was just me and Colfax. Super warm evening, I got toasty in a thin long sleeve shirt. 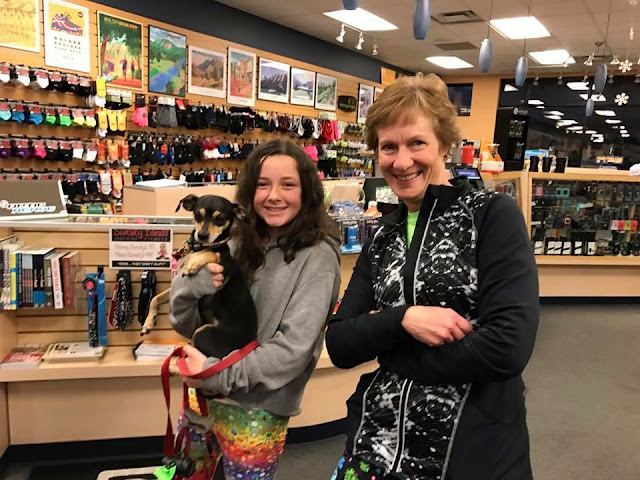 I wanted to run on some of the trails, but we ended up on a horse trail that was super muddy, so we moved back onto the sidewalk. Rocko's after and we actually managed to get home shortly after 8. TV and more laundry, still in bed late. Arg.
Friday (18,331 steps) - A had a cookie booth right after school so her leader picked her up and took her over. I wasn't able to get out of work early, so they were pretty much done by the time I picked her up. I then drove her over to a friend's house for a birthday party. I went home and made spaghetti and walked on the treadmill until it was time to pick her up.
Saturday (25,382 steps) - Headed over to Runners Roost in Lakewood for Runner's Edge. Both of us were pretty tired so we opted to only do 6 miles. I'm always surprised by how hilly it seems in Lakewood 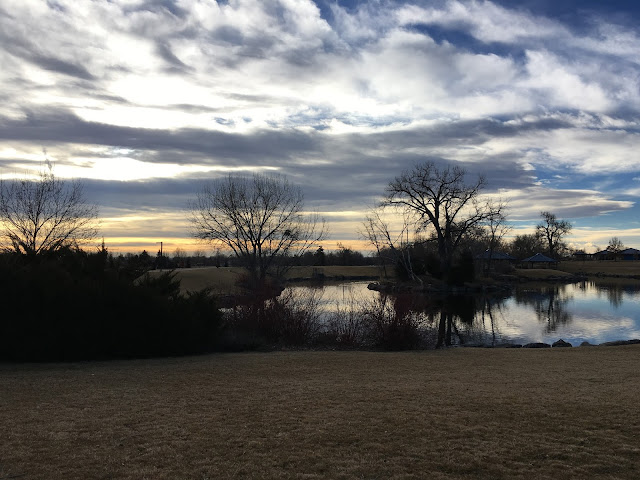 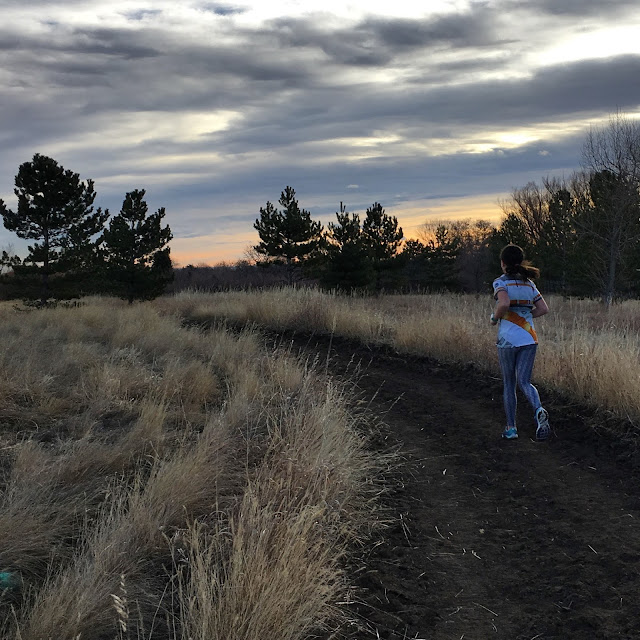 We stuck around until 10:15 because 1). we were responsible for the aid station and had to wait for all the keys to get picked up and 2). A was selling some Girl Scout cookies. We then hauled ass to get to barre for a special "mornings are for mimosas" class with Laura. Super challenging. We did indeed have mimosas (and mini muffins) and I bought A a clearance bra. Rushed home for showers and a quick lunch of leftover spaghetti, shopped at Jessa's work to drop off cookies and then off to another cookie booth.
Then we picked up Lisa downtown so we could go to stout month at Vine Street. The line was a little long but we got a beer and found a bench to sit on until we could get a table. I had a delicious grilled cheese and a few tasty beers. 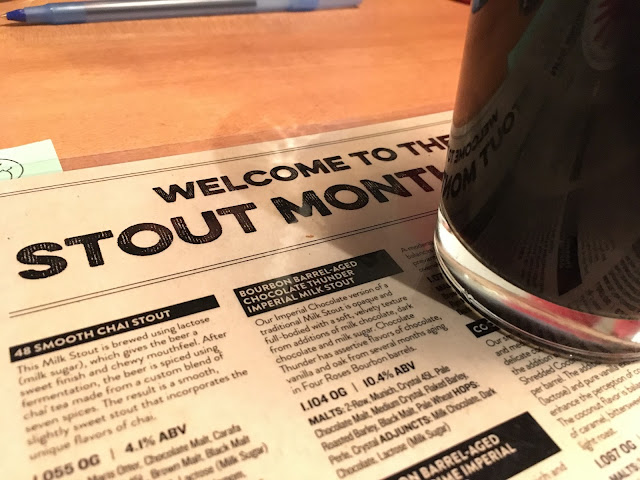 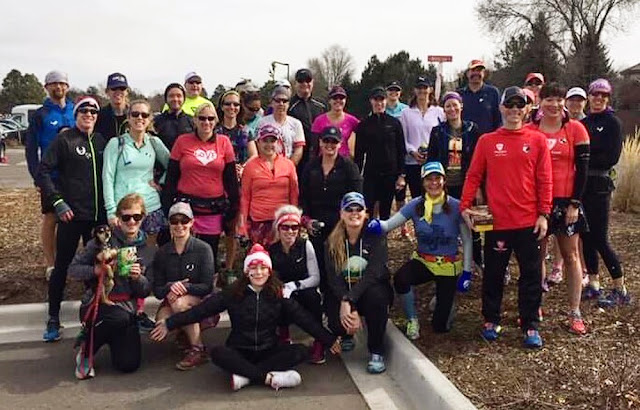 The last runners were done by about 3:45. We went with Maureen to Noodles for a late lunch/early dinner and then ANOTHER COOKIE BOOTH. This one got done at 8:00, so it was another late night. Unfortunately, we had to be at the booth outside because of the giant Valentine's Day displays in the lobby. I hate being cold. Watched the Walking Dead.
Monday (13,915 steps) - Another cookie booth after work. Another late night of having dinner, close to 9:00. Stayed up too late. Again.