Tuesday (13,728 steps) - I had set my alarm thinking I might get up and run my neighborhood loop and then decided to go back to sleep. Hustled to get out the door at 7:45 so I could get my depo shot. They were super quick and we were out of there by 8:00 and A was actually at school earlier than a normal day. Laura's barre class at noon. After work I picked A up and took her to gymnastics. She had a pretty intense class again, only this time she left in tears. They were working on wall handstands and she was upset that she couldn't stay up for the full 45 seconds. Quick dinner and watched Quantico, did laundry, in bed by 10.
Wednesday (17,427 steps) - 6 am barre class with Sarah. She hasn't taught in a while, but thanks to two full time instructors leaving, she is on the hook for the morning classes. The thigh series was good, but man, I really hated the glut series under the barre. Not my favorite. I left with a twinge in my left leg, not good. Run club after work. Heather was a no-show so I ran with Colfax and Francesca, and it was NOT THE BEST. We also found out that it was Joe's last night - turns out he got a job offer to work at Nike! The only good part about that is that Phil will be in charge again (if only for a little while).
Thursday (15,402 steps) - Skipped barre in the morning since I was still feeling a bit off. Went to Belmar run club after work and it was SUPER DUPER COLD. Colfax and I ran random trails again and it was nice to get back to the store. Rocko's and then home. 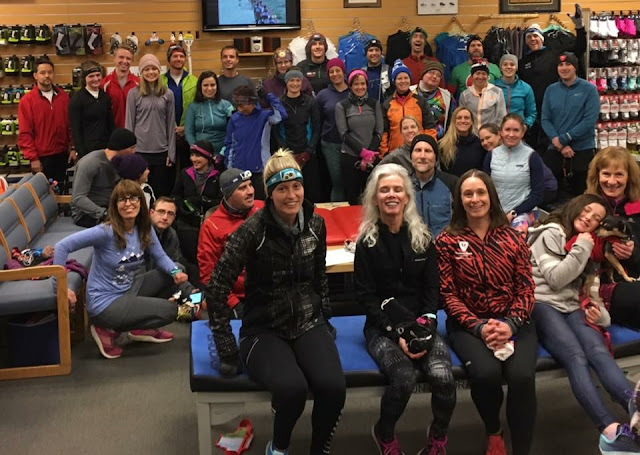 Friday (14,207 steps) - I have no recollection of what we did. At all. Strava says I walked on the treadmill at home and watched House of Cards for 2.5 miles.
Saturday (26,487 steps) - Up early for Runner's Edge. We shadowed again for aid station set-up, but since the route was just on Ralston Creek in Arvada, we weren't up super early. Ariel and I had compromised on running 7 miles, but once we got to the turnaround she decided to just go for 8. It was about 15 degrees colder than what the forecast had predicted and I was very chilly the first few miles. 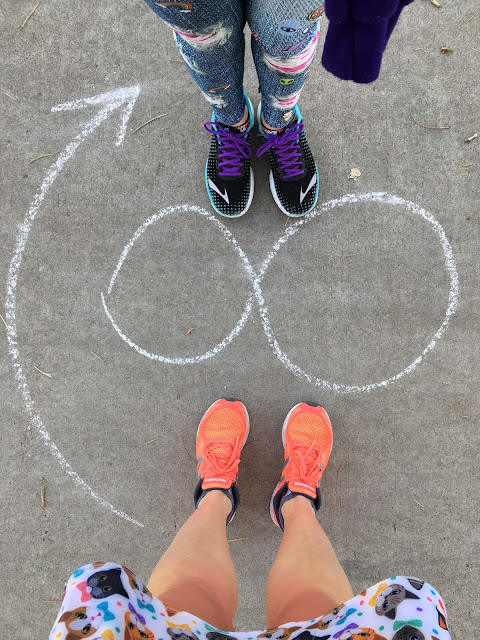 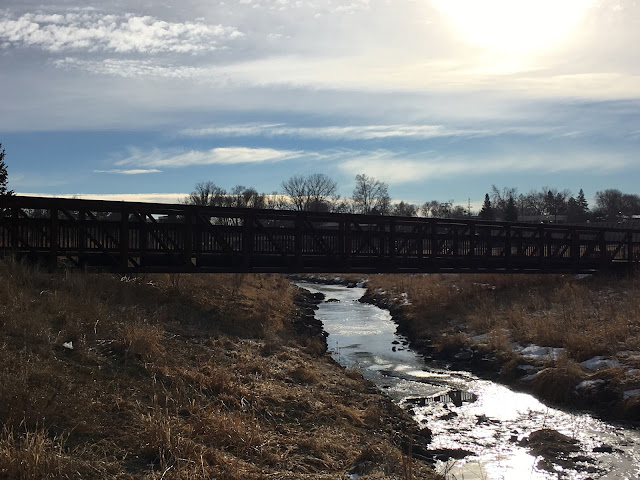 When we finished our run we had breakfast at Einstein's. Drove over to the Rocky Mountain Arsenal National Wildlife Refuge to work on a project for Scouts. We went to the visitor center and then did the 11 mile wildlife drive, which was really cool! 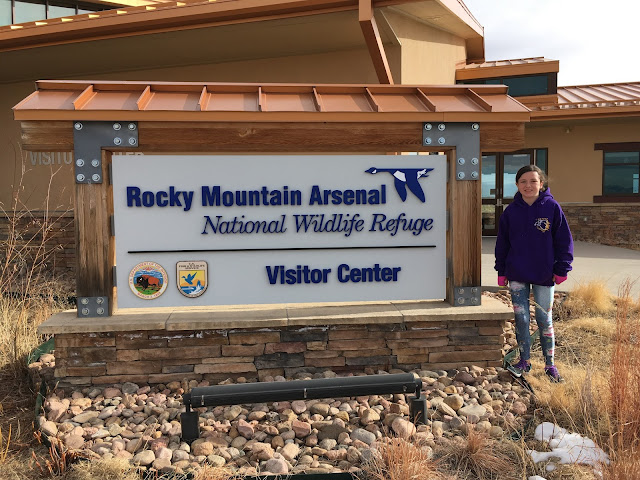 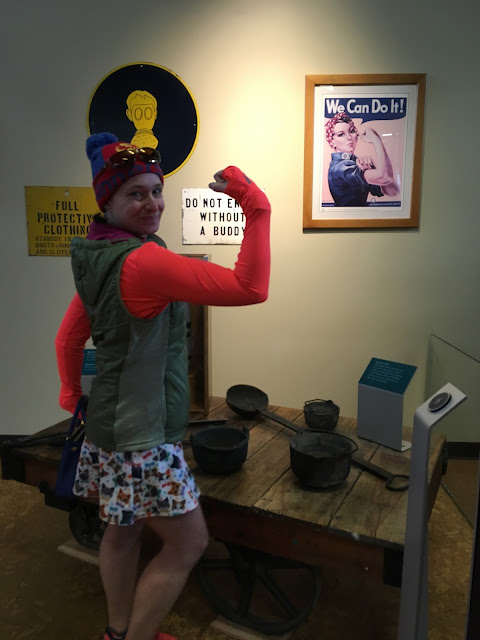 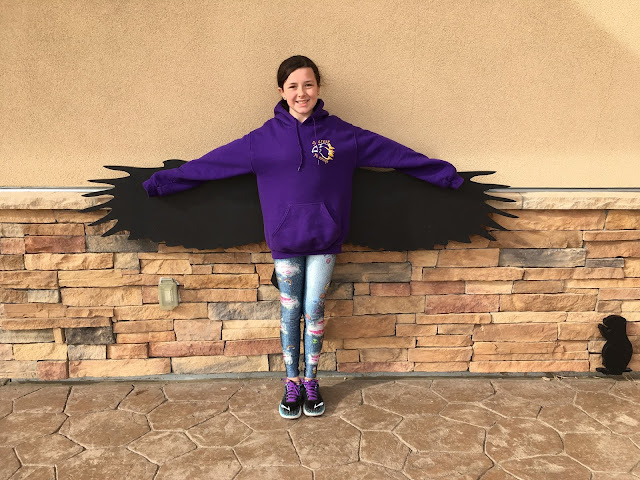 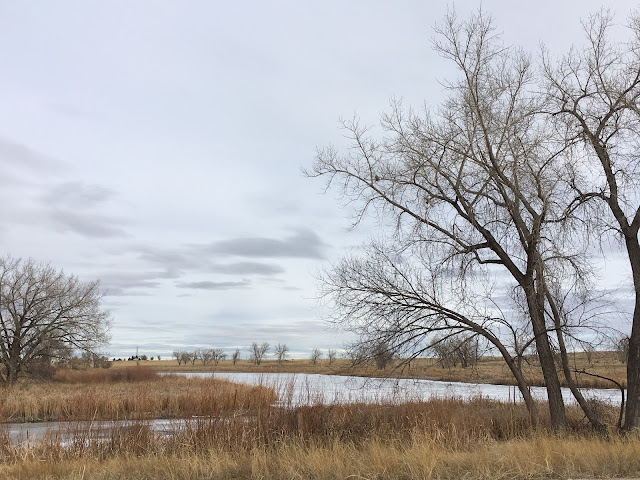 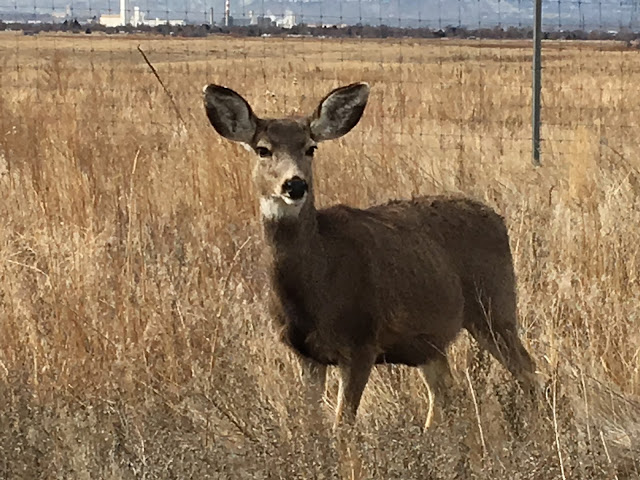 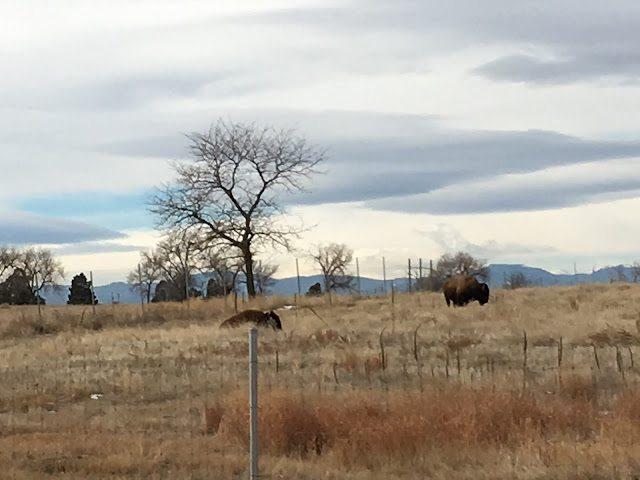 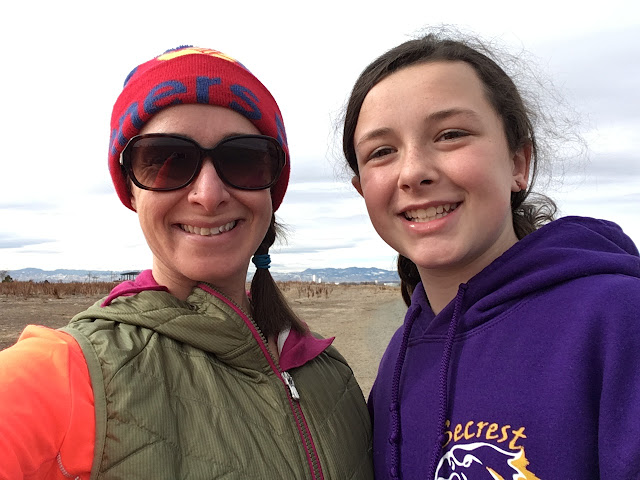 Headed home for showers and some TV. We watched a documentary, Minimalism, and A was totally inspired to get rid of a bunch of junk. After we finished we both cleaned out our closets. 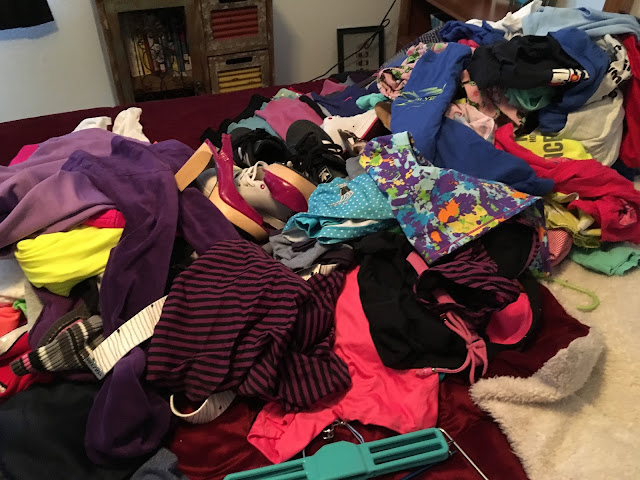 Around 3:30 we went over to Mountain Toad brewery for Happy Trails. I did not want to run, but we chatted with Kim and the Altra rep and had beer. Just before 6, we left to go to the Runner's Edge party at the Tavern. Super fun night there as well, we sat with Doug and his wife before heading out at 8 to pick up Girl Scout cookies. Good lord.
Sunday (36,911 steps) - Couldn't sleep in. Dang it. After breakfast we stopped at King Soopers to pick up some donuts and then JoAnn to buy more ribbon for the medals. FYCO. 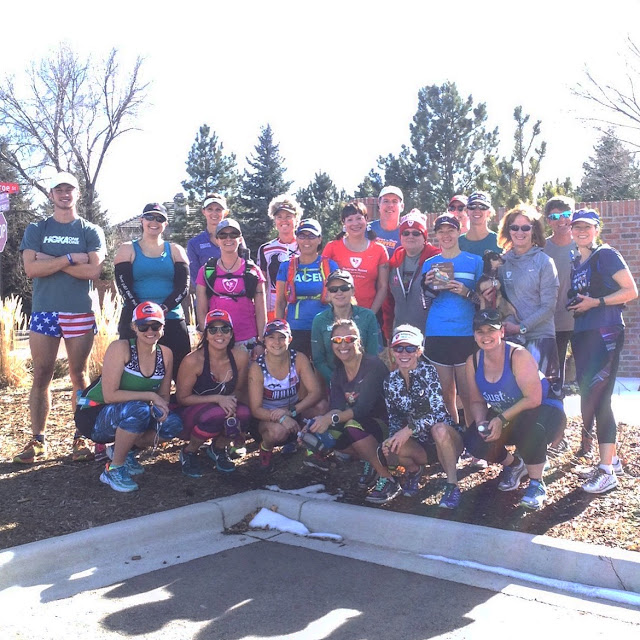 After the race we went to Patxi's with Bill, his wife, Daniel and Mo for the most delicious pizza EVER. Home for a shower and an attempt at relaxing.
Monday (12,923 steps) - Jackie's Happy Hour for her retirement was late in the afternoon. Such a bummer that she is leaving! Picked up A at school and then we came back down to Denver for a barre class with Jen. By the time we got home it was after 8:00.