Tuesday (10,441 steps) - Early to school for student council. Barre class with Laura during lunch. It was a strange vibe, she was being evaluated and had to keep the volume down really low with the music. NOT a fun way to go through class, plus, wasn't crazy about the music to begin with. Gymnastics, picked up more cookies/dropped off money and then on to Torchy's for dinner. We got it to go (green chili queso and tacos) and ate at home while watching "Up," because I've never seen it. What a depressing movie. Oh, and I still hate Valentine's Day.

Wednesday (17,501 steps) - Run club after work. Weather was pretty nice and we decided to actually run what everyone else was (normally we do our own 3ish mile loops). This was a 5K loop that had been set up for the Colfax pancake run over the weekend. Colfax stopped to use the bathroom a HUNDRED MILLION TIMES on this run. A managed to sell a few more boxes of cookies at the store. Hooray!
Thursday (23,365 steps) - Barre with a new instructor in the morning. I didn't love a lot of what she did. There was some weird stuff we had to do with our backs to the barre that I wasn't crazy about. A and I had decided that we were going to meet up with Runners Edge for a special night trail run instead of going to Belmar. We found the lot without much trouble. Used the bathroom and waited for people to show up - turns out there were only like 7 of us. 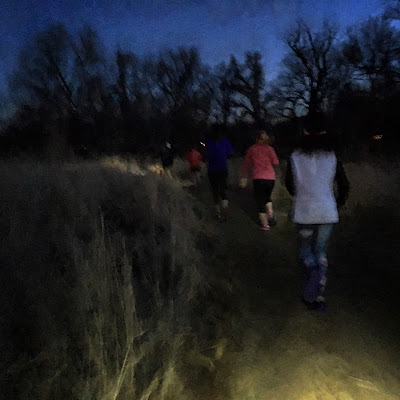 I of course was the slowest and we got behind pretty early. I even tripped over a root and fell. We completely lost them all with about a half mile to go. We ended up going the wrong direction, got turned around, ended up on trails that weren't really trails. A freaked out a bit because there were some weird people out that were making scary noises, plus she thought we were lost. We were supposed to run about 3 and ended up doing over 4. Went to Rocko's and met up with everyone. Had to make more medals for the last FYCO race, and then pack.
Friday (17,046 steps) - Headed out to Moab and hiked. Recapped here. 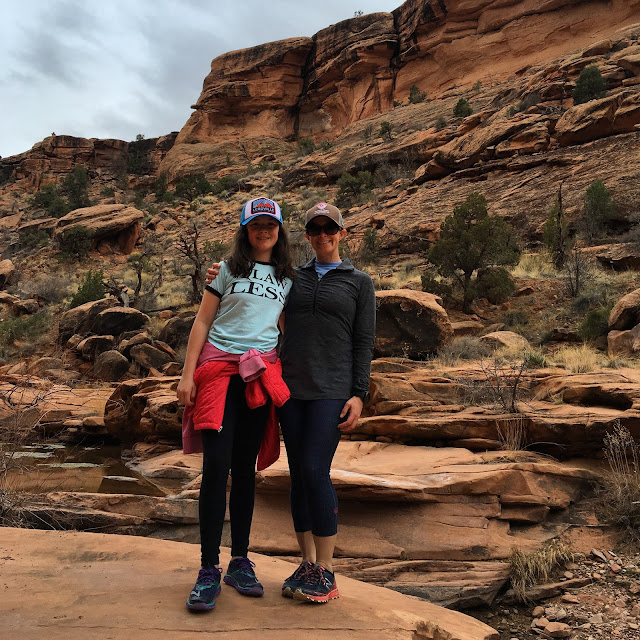 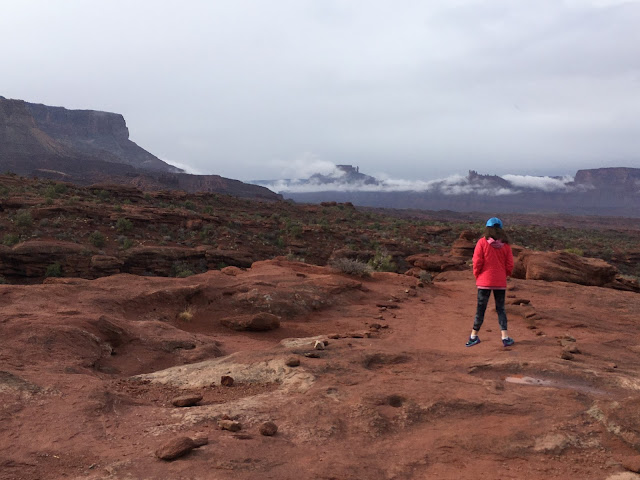 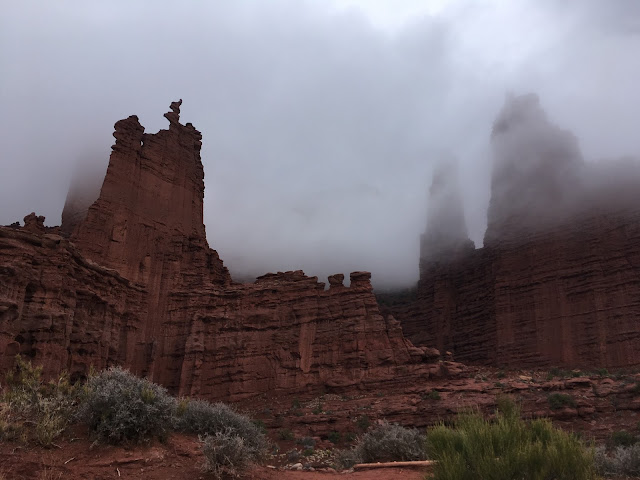 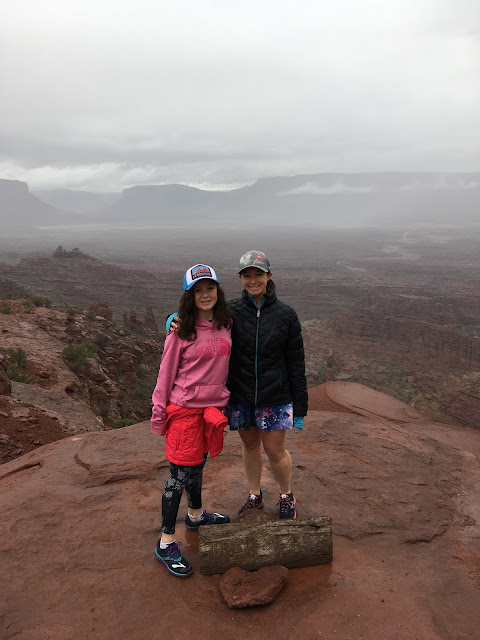 When we got back into town we had to stop at the grocery store. Once we got home I made dinner, actually, dinner times two. Spaghetti and then chimichangas for another night. Also had to do laundry and get everything ready for the last FYCO race. Need a vacation from my vacation!
Monday (35,821 steps) - Alarm was set for 7:30 for FYCO. I woke up a few minutes before the alarm went off. Got everything loaded up and headed down around 8:15. With it being Presidents Day I was pretty sure traffic would be light, and it was. 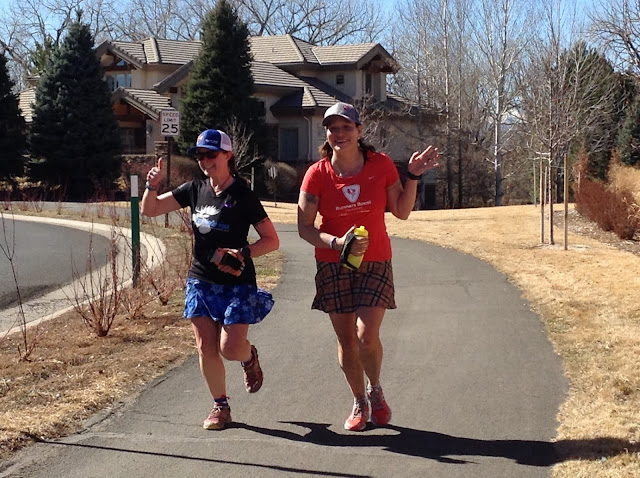 After the race was over, we went to lunch at Chili's with Heather. Home for showers and cookie inventory. I convinced A to go selling door to door for an hour or so because the weather was so nice, but she only managed to offload a half dozen boxes. We had a cookie booth with Rose and Madi until 8, and then dinner and TV. In bed early.