Tuesday (13,233 steps) - Slept AWESOME. Went to Laura's barre class during lunch. It was sold out, very hot in the studio, and like always - super challenging. Construction downtown made my normal commute home impossible, but luckily I left a tad early to go a different way. Managed to get A to gymnastics with just a few minutes to spare. Reheated leftovers, both of us had showers, one episode of Law & Order, bed.
Wednesday (21,719 steps) - 6 am barre class with Nicole. Hate, hate, HATE the pretzel glut exercises. HATE. My body just cannot do them, and I feel like trying it is a wasted exercise. Went to the Denver store for run club. 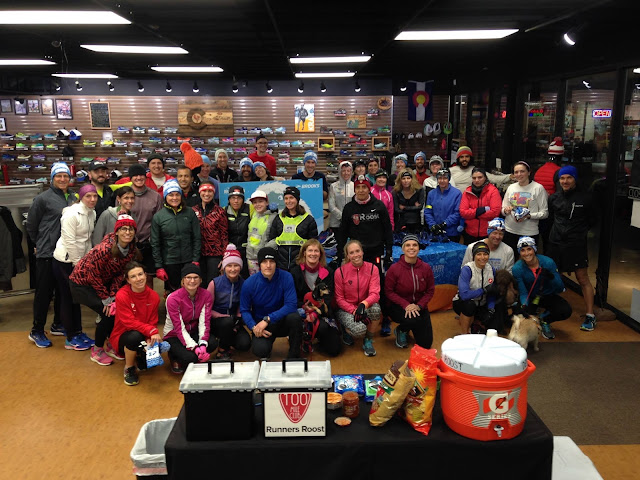 It was a bit colder than I expected and I WAY overdressed for our run. Starting the new year off right and ran 3 miles with Lisa, Jandy, A, Colfax, Alison (and a new girl, I can't remember her name). Of course we stayed longer than we expected. 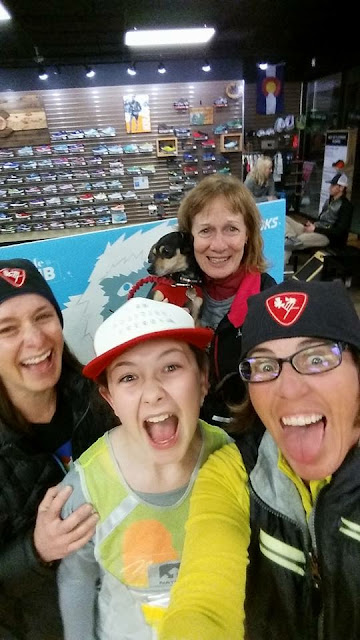 Stopped at the grocery store on the way home so we could make thin mint mini cheesecakes.
Thursday (21,559 steps) - 6 am barre class with Andrea... my 100th class!!! I got some new bracelets and will get a special tank when they finally come in. Pretty exciting! After work we went to the Lakewood store for the Belmar run. 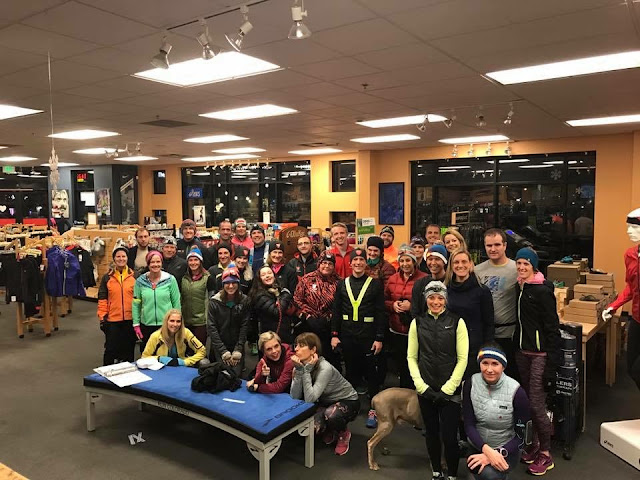 It was cold and snowy. A decided to walk with Mo, so it was just me and Colfax. It is pretty well lit in the park, so I didn't even wear my headlamp. We ran on random trails until we hit just over 3 miles. 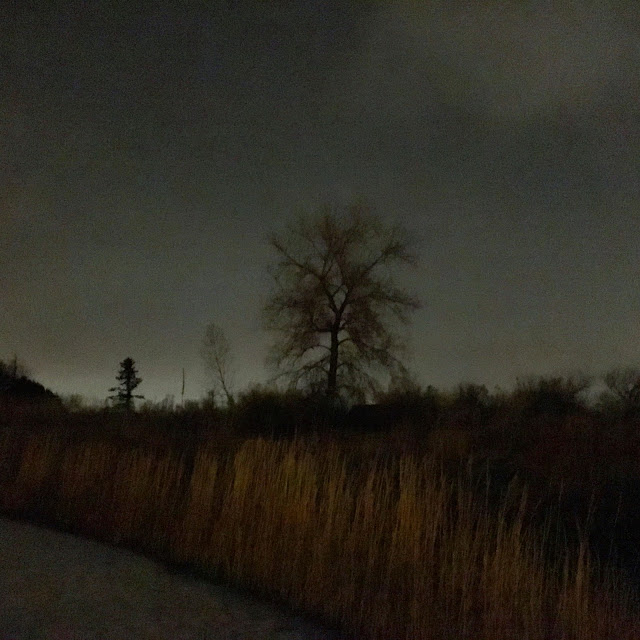 Went to Rocko's after.
Friday (11,873 steps) - Got to "sleep in" and yet I still felt incredibly tired. I guess that is from taking three 6 am barre classes this week. Picked up A from school and went up to Heather's house for a Friday the 13th gathering. Had some delicious BBQ and as always, it was great to see everyone. Very surprised to get surprise souvenirs from Heather's recent trip to Florida. Gathered up all our gear for snowshoeing!
Saturday (19,938 steps) - Up crazy early for our drive up to Snow Mountain Ranch. Lisa arrived just after 6 am, and we started the drive. Traffic was a fucking nightmare once we hit I-70. We stupidly thought that allowing an extra 45 minutes would be plenty of time, but... Traffic was awful. We spent most of the drive on 70 on the frontage road, cruising at under 10 mph. Once we were finally able to exit towards Empire, the traffic thinned out. We had been worried all week about driving through Berthoud Pass, but it was fine. Roads were pretty dry. We arrived at the Nordic Center with maybe 10 minutes for Lisa to rent equipment. Apparently, we also needed trail passes, which they seemed to want to charge us for, even though the whole event was supposed to be free. THEN, we still had to drive to get to the start of our activity. Luckily, we were only a minute or so late and we were the only ones heading out to the waterfall. We had a blast. A struggled a bit with some of the climbing, and there were sections where there were some deep holes in the trail, and we were disappointed that the trail going to the actual waterfall was closed, but OVERALL, fun. The best part was breaking trail for maybe a mile on the way down. 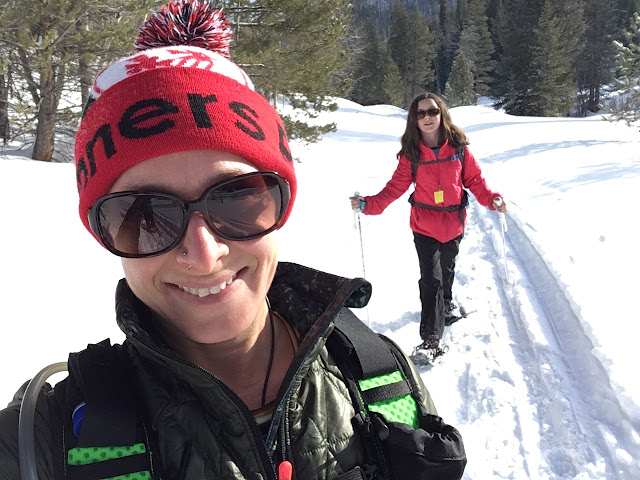 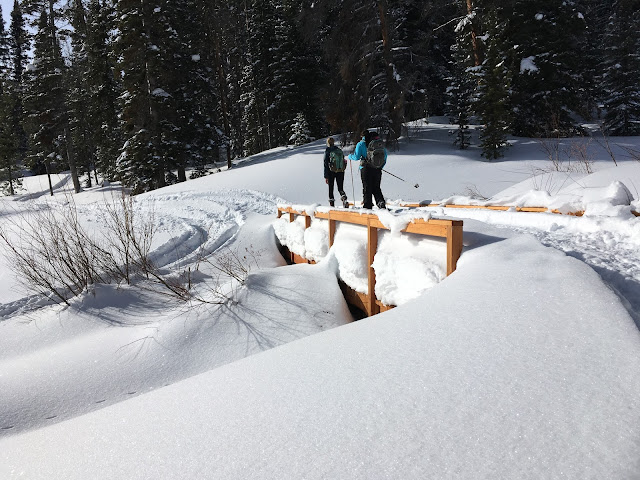 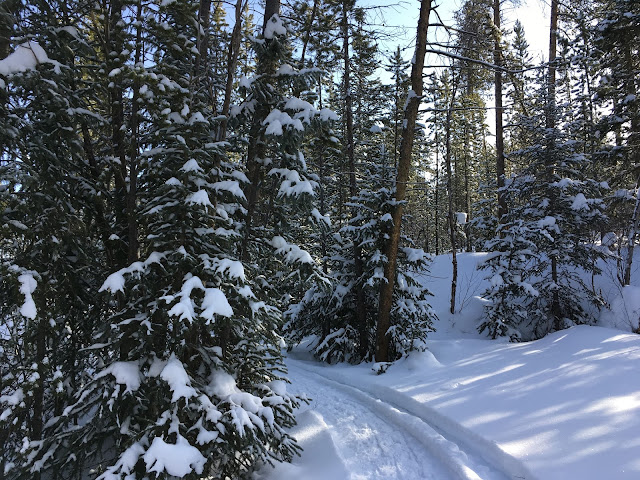 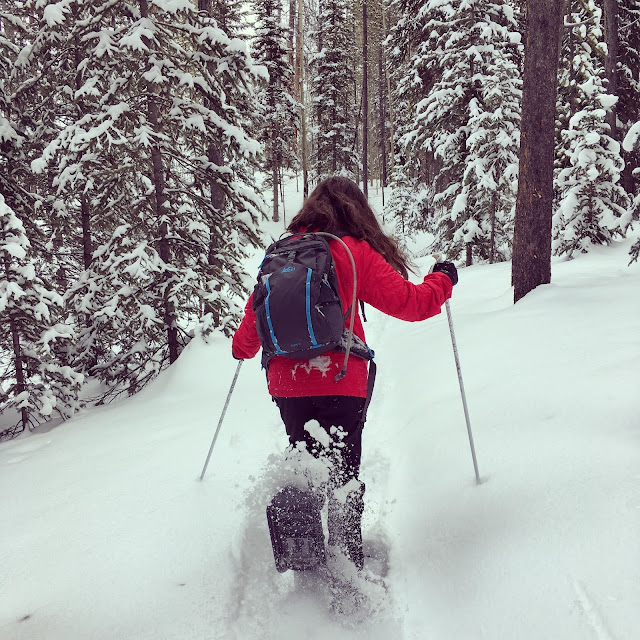 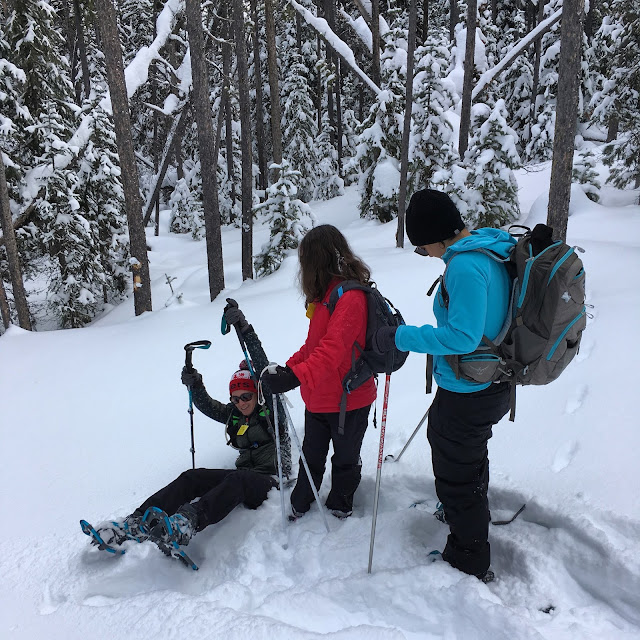 On the way out of town, we stopped at a brewery in Fraser (beer was great) and then went to Beau Jo's in Idaho Springs for pizza and more beer. We also walked down the street to one more brewery (hey, why not), and we were VERY disappointed in the beer at that place. Hey, 2 out of 3 isn't bad? By the time we got home it was already pretty late. Jessa texted me around 7:45, and dang it, we had to go see her. She made us dinner and we sat around talking for a few hours. It was probably 11 pm before we left.
Sunday (10,643 steps) - Thankfully, I went to the later barre class at 9:30. Headed home for a little bit of rest before driving down to Runners' Roost for the Leadville lottery announcements. It had started snowing, so I was relieved that I didn't know about the run before the event. We just hung out and talked with people and I grabbed one of the good beers before it all started. Sadly, we didn't win any of the drawings.
Left around 5 pm to take A up to Rachelle's and then drove back down to Lisa's to pick her up for some bar hopping. We went to the Our Mutual Friend brewing company and had a delicious beer before walking over to 10 Barrel for more delicious beer (and hummus and sweet potato fries). Out pretty late for a Sunday! 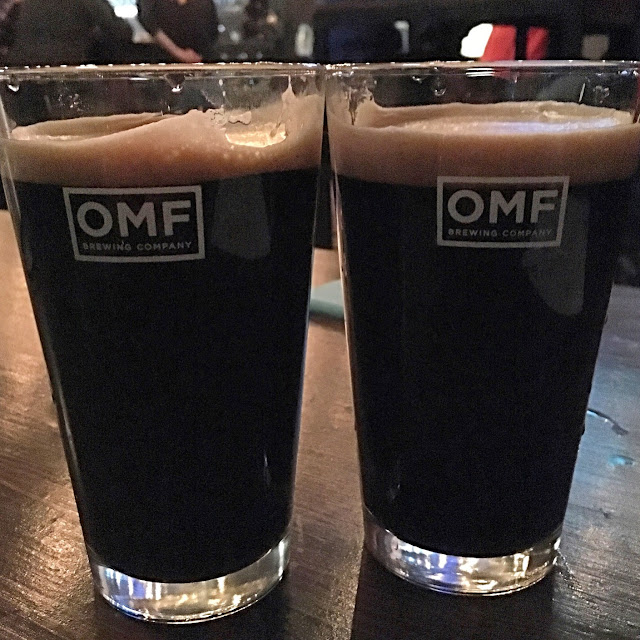 Monday (15,946 steps) - I had planned on getting up to run in the morning, but it had snowed all night and everything looked like a mess. So I shoveled, ate breakfast and then went to barre at noon. Picked up A from her friend's house, went to Panera for lunch and then went grocery shopping. Drove down to Belmar for ice skating, which may be our new MLK day tradition. 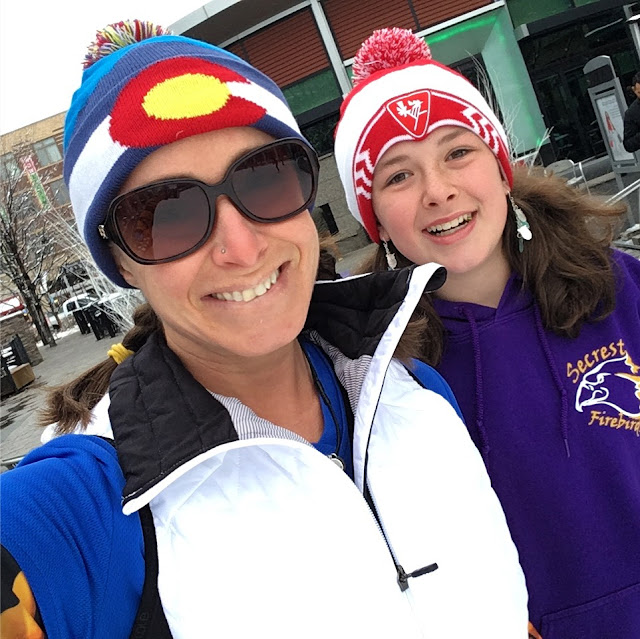 Quick stop at Runner's Roost to pick up a Hydro Flask for Mo (and me),  before going to Mo's house. We sat around for a bit, then decided to go to Yard House for a late dinner. Probably 9 pm before we got home. Shortest weekend ever.