Tuesday (24,614 steps) - Up early AGAIN for a long(ish) run before work. It was definitely colder than last week and I was grateful that I was smart enough to wear long sleeves. The sunrise wasn't as impressive this week either, but according to Strava, I was faster. 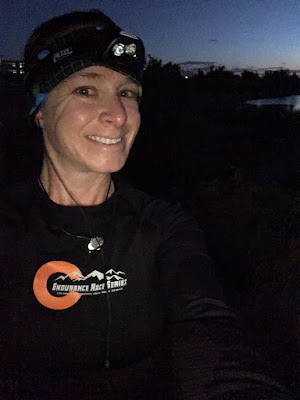 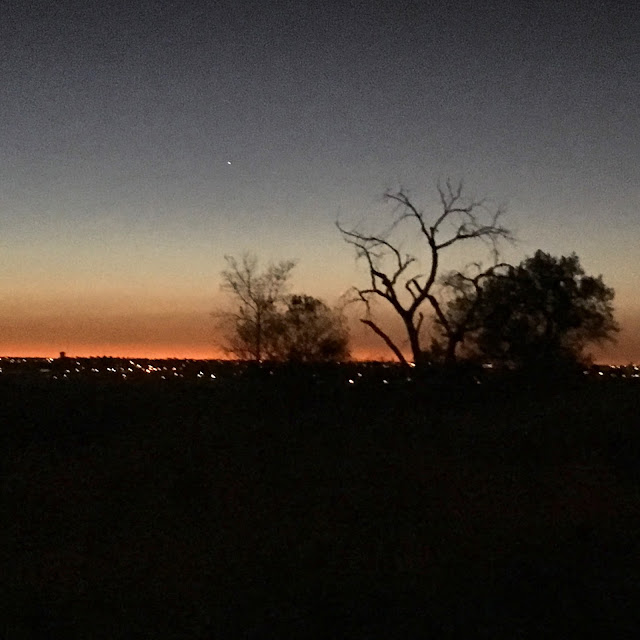 Went to barre during lunch, but sadly it wasn't Fuzed, we had a sub. I had parent-teacher conferences, and once again, nothing but good things to say about A. So proud of her! Then we had gymnastics, a "reward" visit to Yogurtland, and dinner at home. In bed too late.
Wednesday (18,460 steps) - Went to barre at 6:00, when I discovered my biggest competition had gone TWICE the day before. I made the decision to go again at lunch. Something is wrong with me. After work we went to run club at Roost. Heather and I ran with Colfax while A stayed at the store with Mo. 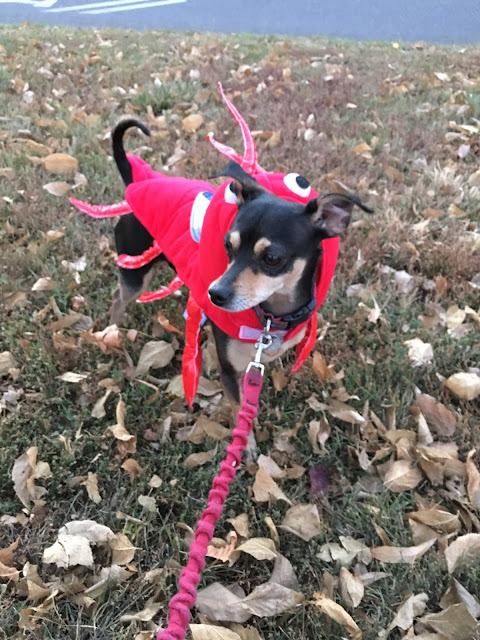 I had to get on a conference call with the ERS ambassadors to discuss next season, which ended up lasting almost an hour. Decided to DVR the debate since I had missed it, but it didn't start until 10. I only made it through the first half hour before I had to go to bed.
Thursday (17,365 steps) - Barre at 6:00. I'm really starting to feel it now, this was my 20th class of the month. 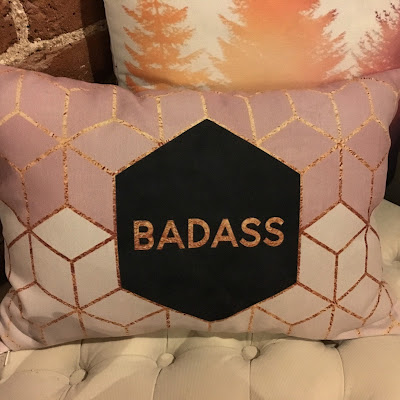 Getting a bit concerned about some tightness in my left hip again. I may have to bow out of this challenge - I don't want to risk injury! Belmar run club, where I ran with Colfax again. MUCH cooler tonight and I was really wishing I had long sleeves and/or gloves. 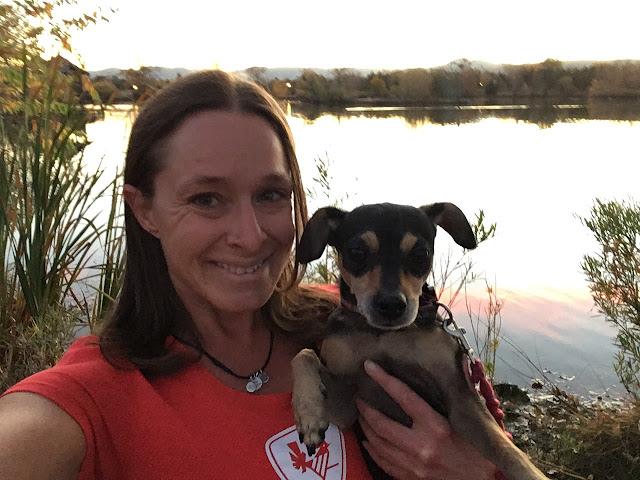 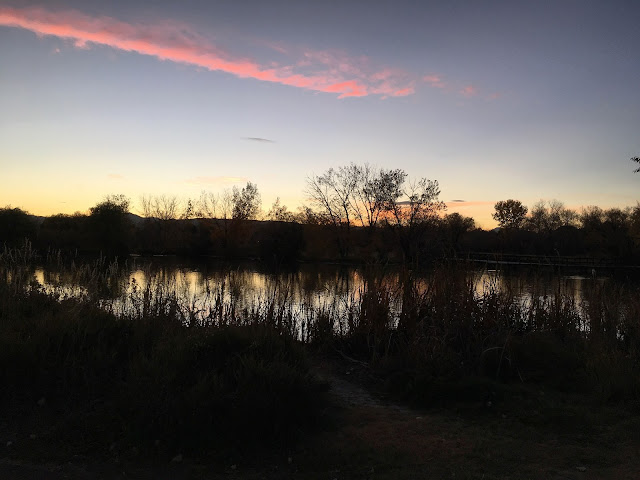 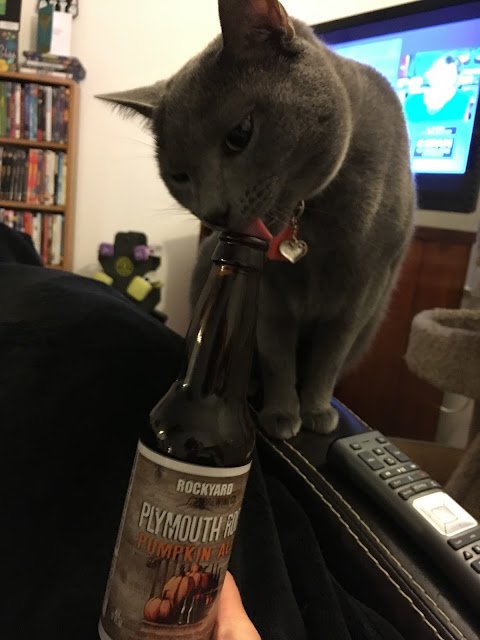 Friday (11,297 steps) - SLEPT IN FINALLY. (So strange that 7:00 is sleeping in). Binge ate donut after donut (and excessive amounts of candy at work. Barre at lunch with Sasha. Stopped at the store on the way home (and bought another donut?).
Saturday (50,212 steps) - Long run with Runners Edge! I was sort of dreading this run because a). it was on Big Dry Creek and b). because I'm super tired from all the barre classes. Turns out, the course was actually pretty good. I had planned on 16-18 and the course was a big 8 mile loop that went west on roads out to Standley Lake by my house and then looped around on dirt and pavement. I did a counter-clockwise loop with the 4:20 pace group and then did the second loop clockwise by myself. It actually went pretty well, all things considered. 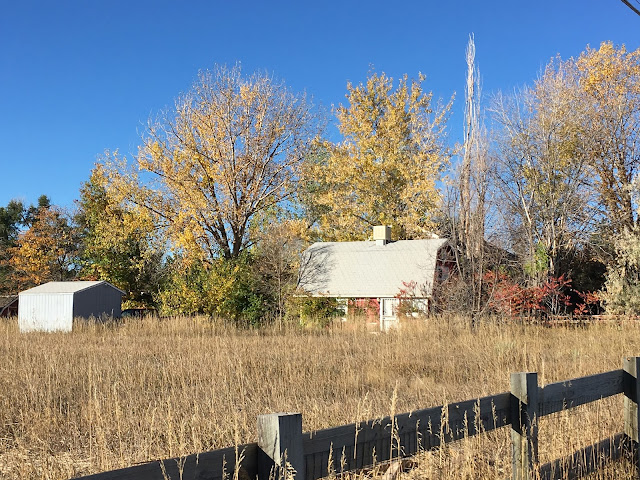 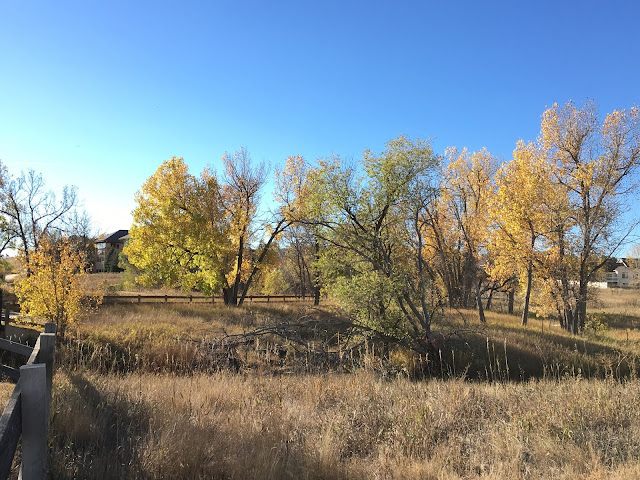 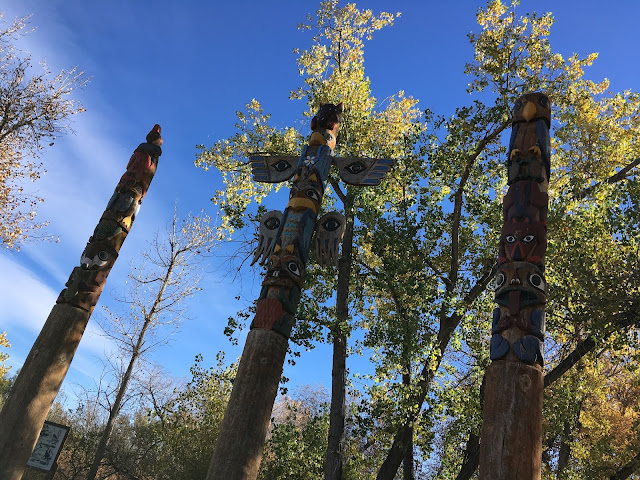 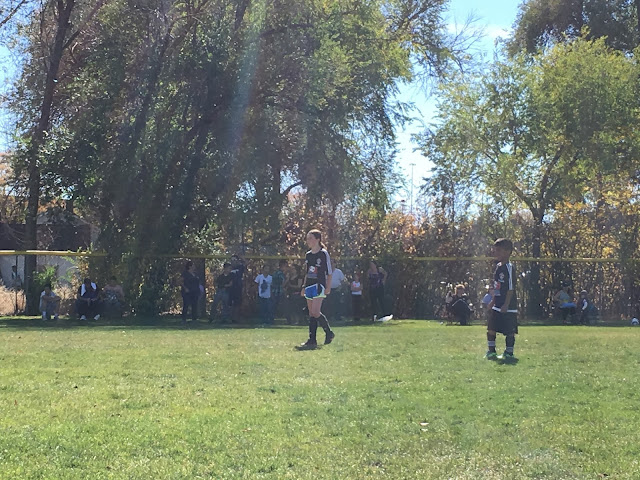 Lounged around in the afternoon. Went to the rec center to book A's birthday party before meeting up with Amy and her son David at Sweet Tomatoes for dinner. Then we head up to Broomfield for a corn maze in the dark. Super fun time, even though we only found THREE checkpoints in two hours. Ah well, it was fun (even though a late) night. 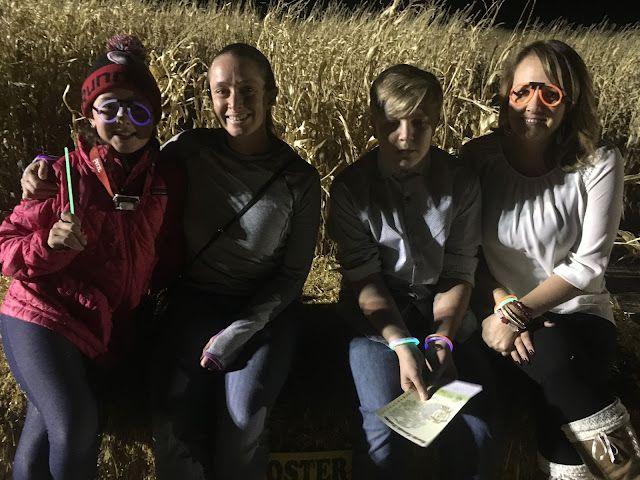 Sunday (16,643 steps) - Barre class in the morning. Early lunch, sat in the Elevated Legs before meeting up with the girl to return them (sad).
Walked around the mall, which is always a bad idea because I always end up buying things. Then ANOTHER barre class (this time A went too), and after class we went to Denver Beer with Mo. 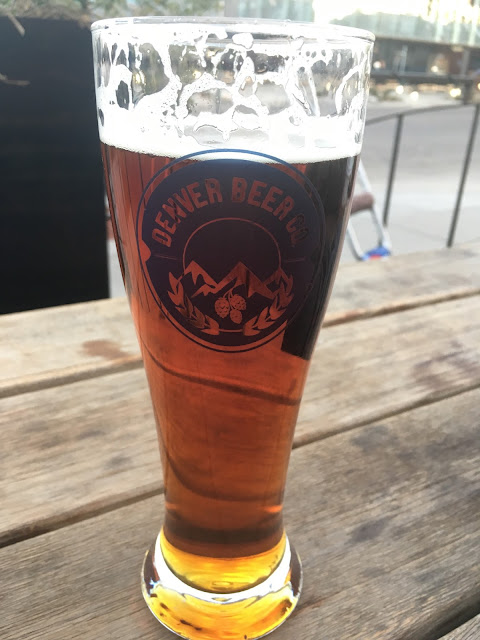 A and I walked Colfax for Mo since she still can barely walk. I was craving Panda Express, so we stopped and picked some up on the way home (and they were out of fried rice?) By the time we got home it was late. HOWEVER, IT WAS THE SEASON PREMIERE OF THE WALKING DEAD. OMG, what an intense episode. Pretty upset with who got killed off (why, Glen, why?) and then still stayed up to watch an hour and half long episode of the Talking Dead.
Monday (13,569 steps) - My biggest competition went to barre FOUR TIMES over the weekend, so I went to barre during lunch since Troy was gone. Then I went again after I picked up A at Scouts. I know, I'm obsessed. The night class was taught by Leah. I haven't taken her class in a while and it pretty much killed me. Dinner, shower, bed.