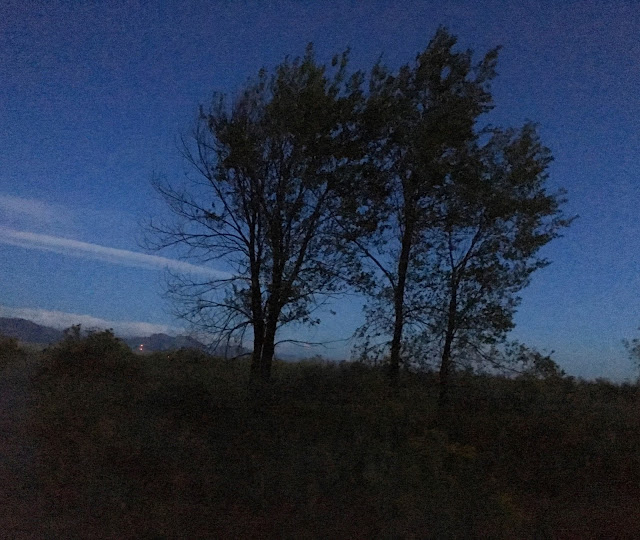 When to Laura's barre fuzed class during lunch. Regular busy afternoon of picking A up from soccer, homework at the library and gymnastics. Dinner, homework, TV and bed.
Wednesday (15,258 steps) - Totally invested in winning the barre challenge, so I got up early and went to a 6 am class with Nicole. This was only the second class I have taken from her, and I didn't love it. After work we went to run club. Fun evening running with Heather and Colfax, and then a pizza party at the store. Managed to not buy anything. 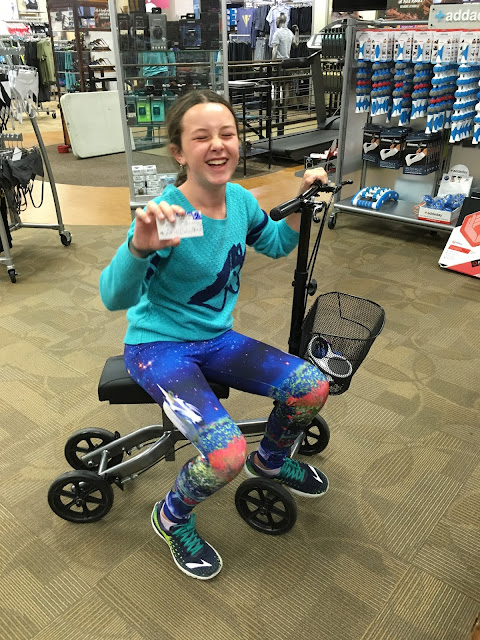 Thursday (14,371 steps) - 6 am barre class with Meredith. After work and school we headed down to Denver Roost for another Ladies' Night. We opted to not run, but we did enjoy the food and raffles. 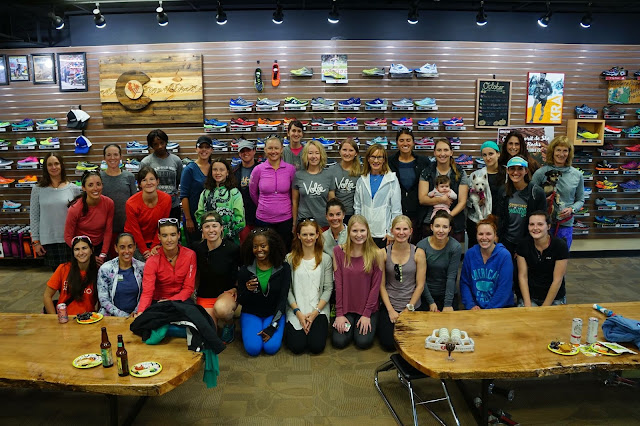 Friday (13,708 steps) - DEAD FROM THE PLAGUE. My "maybe cold" turned into a full blown nightmare. Nightmare compounded by the main bathroom sink flooding. 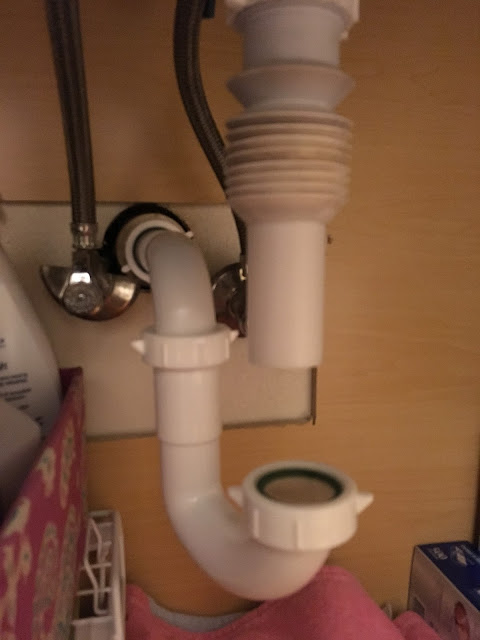 The universe knows that sugar and carbs makes me feel better, so I had quite the feast for breakfast: 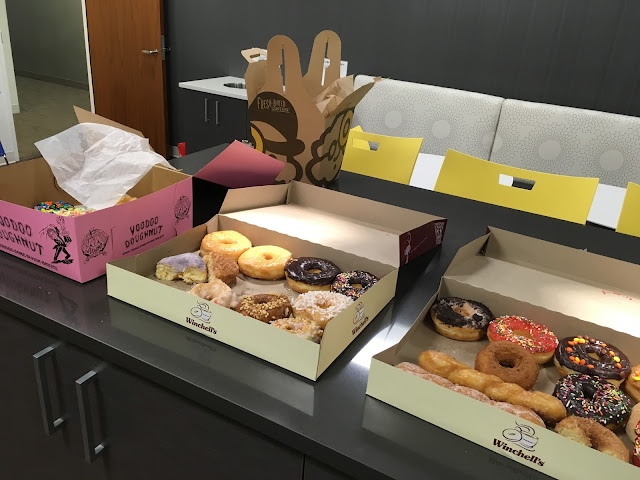 Went to a barre class during lunch with Sasha. I really like her classes, but it's hard to get away for more than one class during the week.
After work A and I went to Lowe's to buy parts to repair the sink. I was feeling like crap and we were pretty pleased with ourselves thinking we had it fixed. And then we realized the sink was leaking right at the drain. Long story short, we had to go back to Lowe's, buy more parts and channel locks and completely redo everything. Good news, we fixed it and we are awesome. Not the best way to spend a Friday night, especially when you're sick. 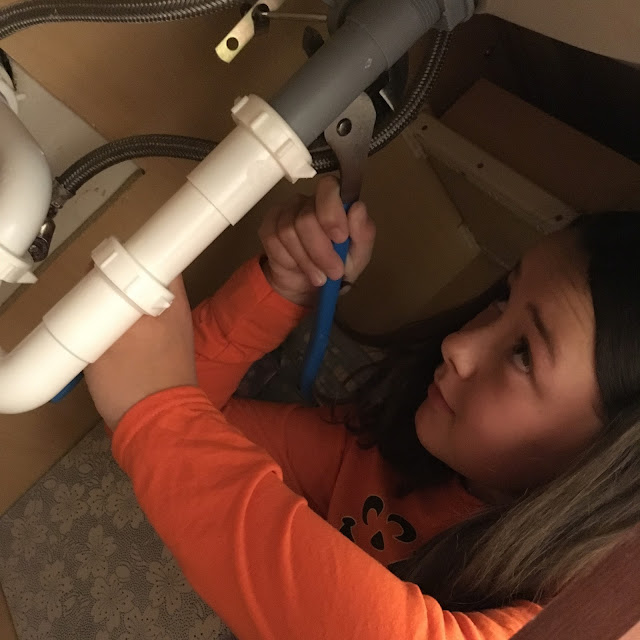 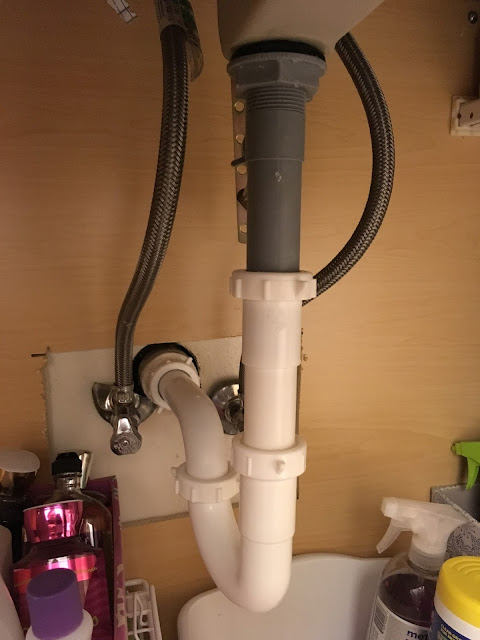 Saturday (8,259 steps) - Up early for A's soccer game. They were actually playing a team from their own school. They are playing better, but they still lost 4-0. A was pretty bummed. 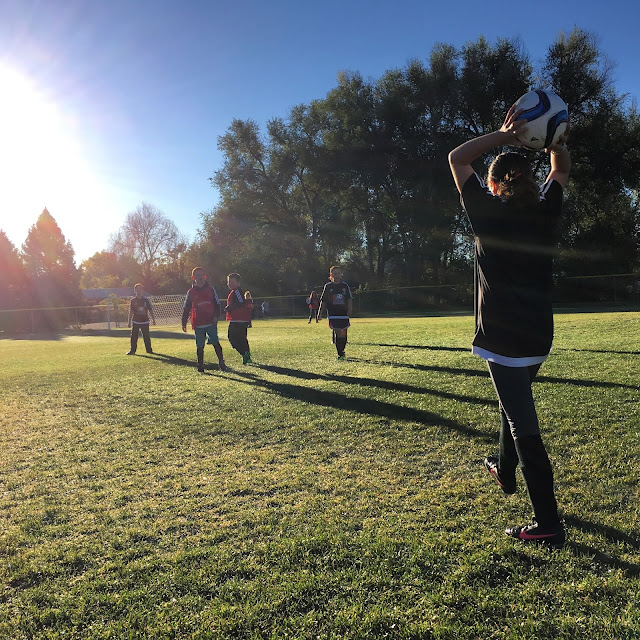 Went back home to rest on the couch until I went to barre at 10:45. EVERYTHING FELT HARD. After showering and grilled cheese for lunch, HOURS of napping on the couch. Got up around 5 to get ready for Heather's birthday party. Instead of having it at her house like usual, it was at a bar/restaurant in Golden. The food had huge portions and the drinks weren't too expensive, I just don't like going out. It was great to see everyone, and I have to say that I was relieved that they kicked all minors out at 9 so we could go home.
Sunday (35,008 steps) - Louisville trail half  marathon. 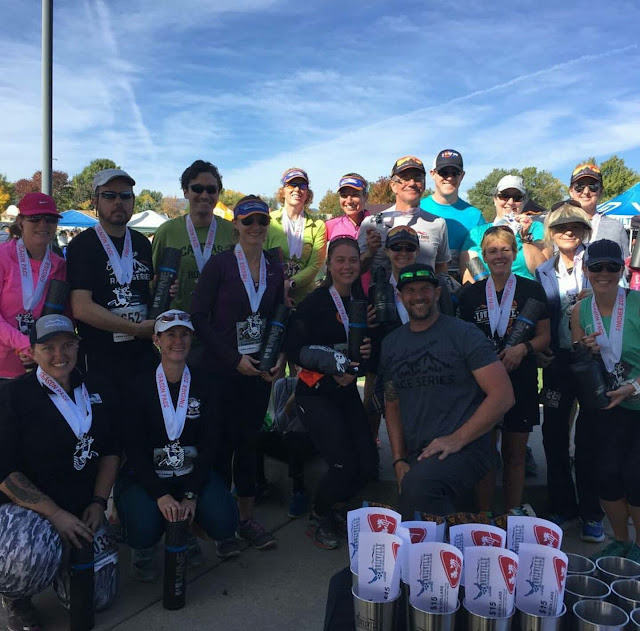 After the race we headed home to shower and get ready for the Broncos game! We met at Heather's house and then she drove us to the stadium. What a cluster getting into the lot! 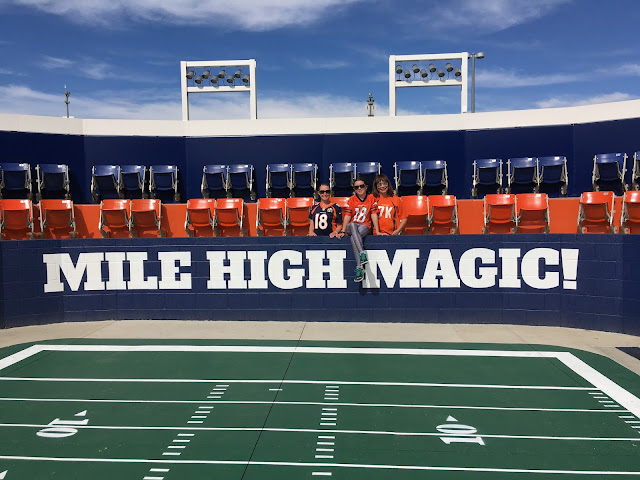 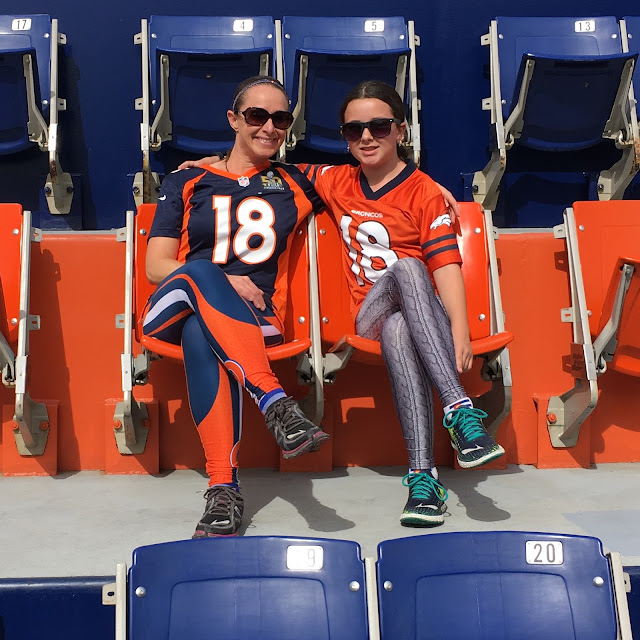 We walked around the replica of the original Mile Hi stadium and got to our seats a few minutes after the game started... with the Falcons already scoring a goal. The game was a lot of fun, even though we lost. 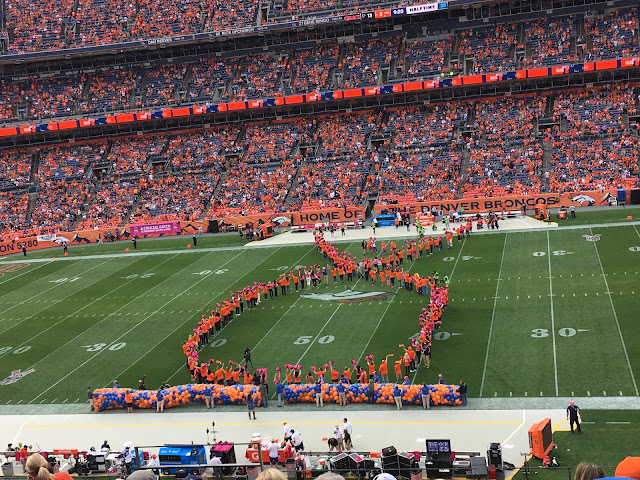 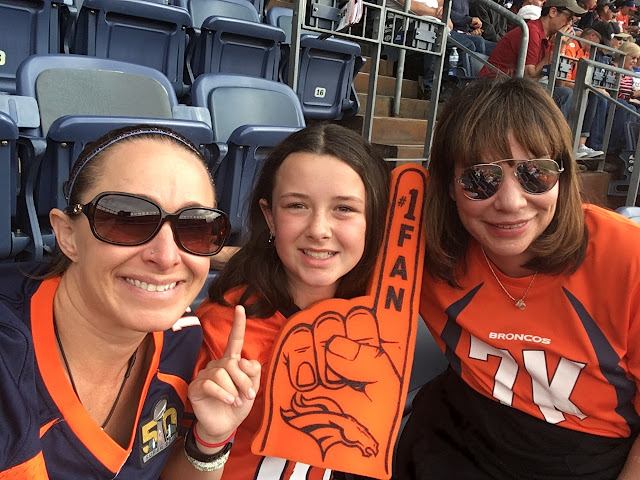 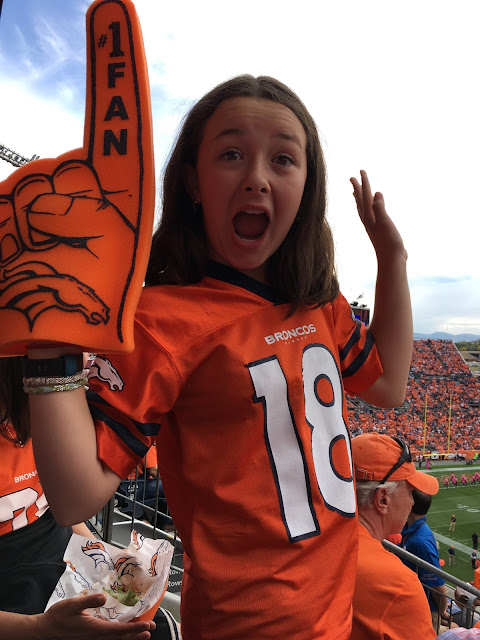 I hadn't been that hungry during the game, but pizza sounded really good. We decided to go to California Pizza kitchen for dinner. I had a chipotle chicken pizza (yes, I ate the whole thing), and A and I shared a slice of pumpkin cheesecake. Then we went to Heather's and watched the Presidential debate. What a fucking disaster. We didn't end up leaving her house until 8:45, so by the time we got home it was really late. Where did the weekend go???
Monday (13,913 steps) - Both of us slept in a bit too late. Chaos in the morning and we ended up leaving the house super late. At least it was a "holiday" so there wasn't too much traffic. Picked up A at Scouts and then went to barre class.