Tuesday (16,927 steps)  - A is home!!!! Her first night back was us going to Home Depot to order the new (cheap) door since the HOA will not budge. Hate them. Picked up some dessert and then did laundry. Boy, we sure are exciting! 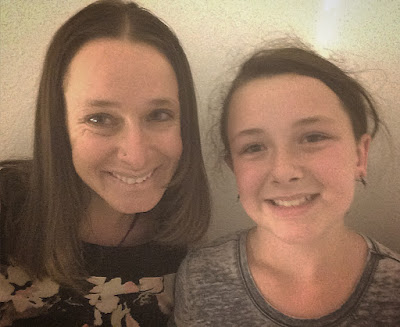 Wednesday (18,432 steps) - Went to a barre class during lunch. I hadn't taken Laura's class in a while, and she is still my favorite for sure! After work I picked up A and we went to run club, which was Superhero themed. 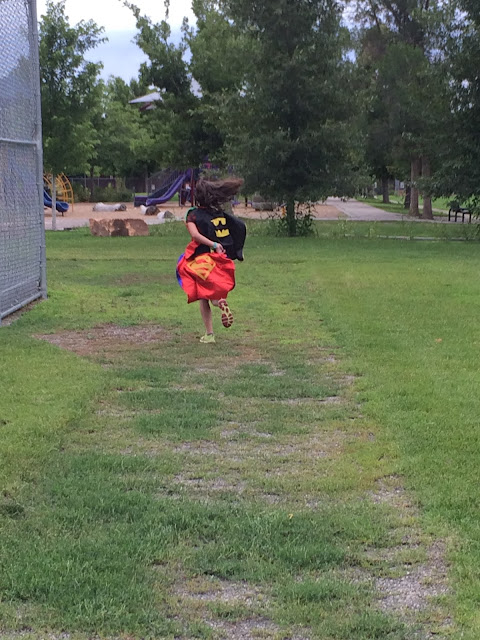 Maureen, A and I walked around the dirt track (well, I tried jogging a bit, but that didn't last long). Spent some time at the store, then went to dinner with Maureen and Heather at Noodles to catch up.
Thursday (19,149 steps) - Went over to Belmar for run club. It was a pretty large showing! Still not running, but we had a great time walking around the park. For the first time, I really noticed all the people playing Pokemon... I know that the pro-argument for the game is "people are getting outside" and "spending time together." However, everyone I saw looked like a zombie staring at their phones. I did NOT hear people talking. Weird. 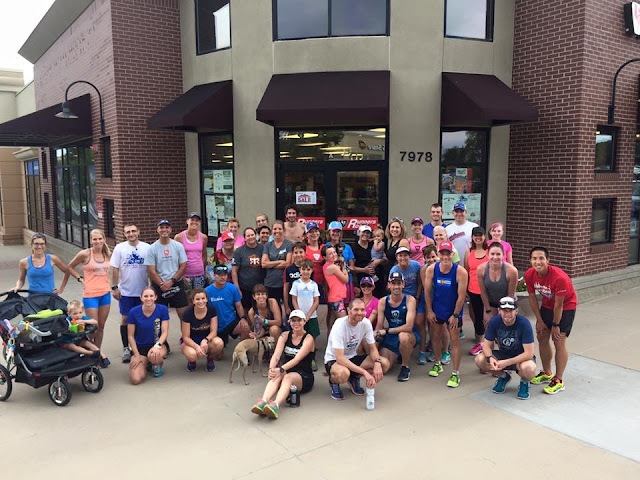 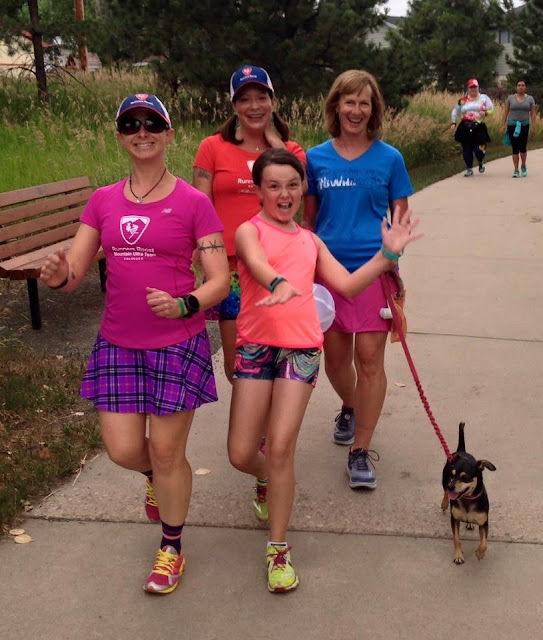 Went to Rocko's after for a beer and nachos. We left earlier than everyone else because we can't be party animals EVERY night.
Friday (52,502 steps) - Chase the Moon. 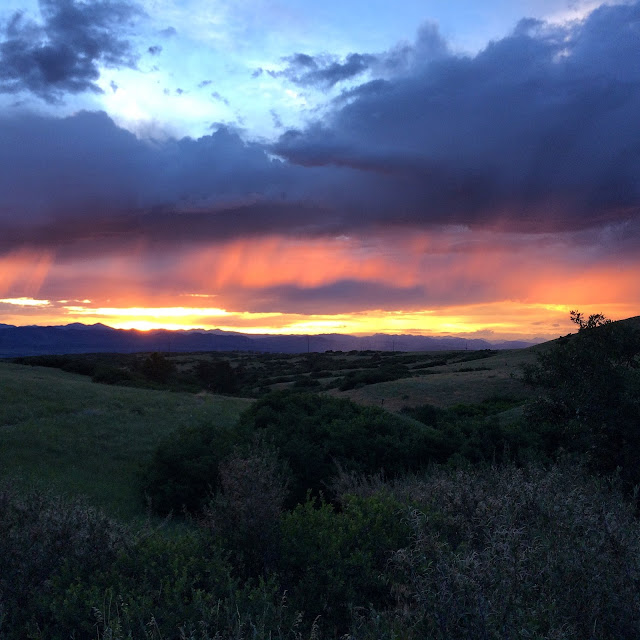 Saturday (57,921 steps) - Chase the Moon continued... after we broke camp, we went to Snooze for breakfast. The wait was about an hour (!!!) and the food was delicious. 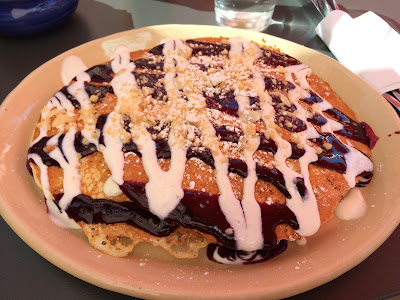 At 10:30 we headed over to Tivoli to meet up with Maureen for the last of the beer runs. I didn't even want to WALK this one as it was already a million degrees and I was super tired from the race anyway.
We had a few beers, and then A and I headed home around 12:30 to shower and nap. Up at 5:00 to get ready for... The Amazing Acro-Cats!!! We met up with Chris and Maureen for this super-bizarre event at the Bug Theater in the art district. A woman has basically (attempted) to train domestic cats. Most of them, unsurprisingly, had no interest in doing what was asked of them. The best part was the band, "The Rock Cats." Dead from the cuteness. 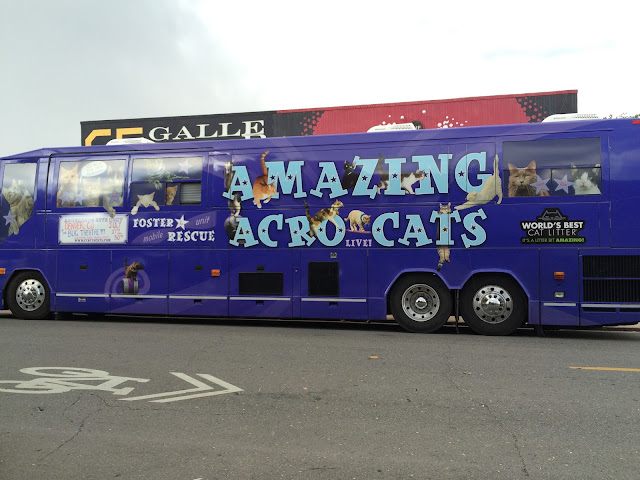 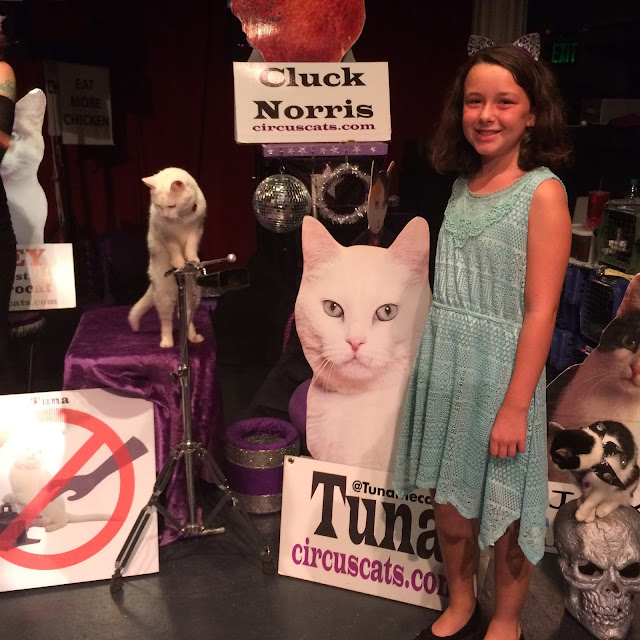 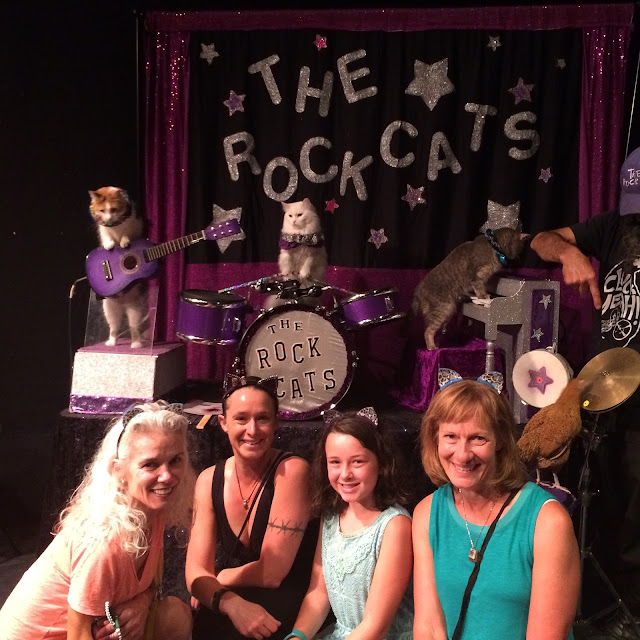 Sunday (17,481 steps) - Tried to sleep in. Kind of failed. Helped A finish packing for camp, then went to breakfast at Sweet Tomatoes. Ate less than usual. Rested on the couch and then headed down to Sky High Ranch for camp drop-off at noon. It took two hours to get there, most of the driving being on two-lane road. 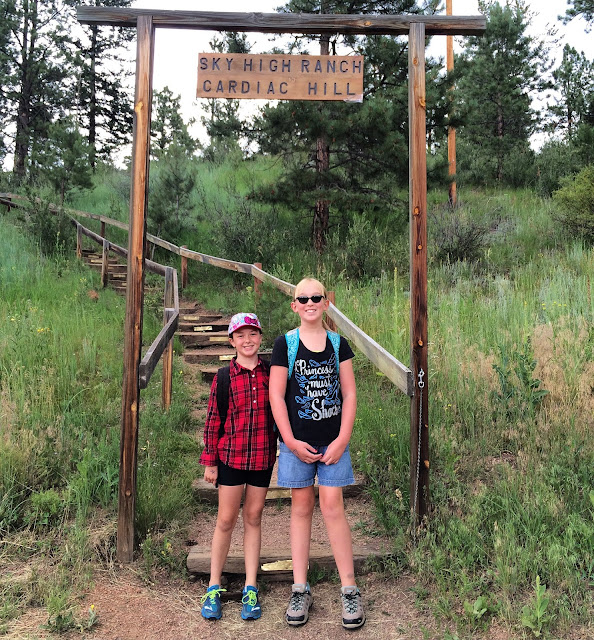 The whole process took about an hour, between all the stops we had to make to fill out more forms, etc. Rose and Kevin invited me to get lunch/early dinner with them at Rudy's. It was fantastic, I hadn't been there in years. By the time I got home it was after 7:00!! Who knew something as simple as dropping A off at camp would take all day??
Monday (18,670 steps) - 7:15 barre class before work. Pretty much all I did all day. Walked to the library after dinner. Saw lots of people playing Pokemon, oh, and this beautiful sunset. 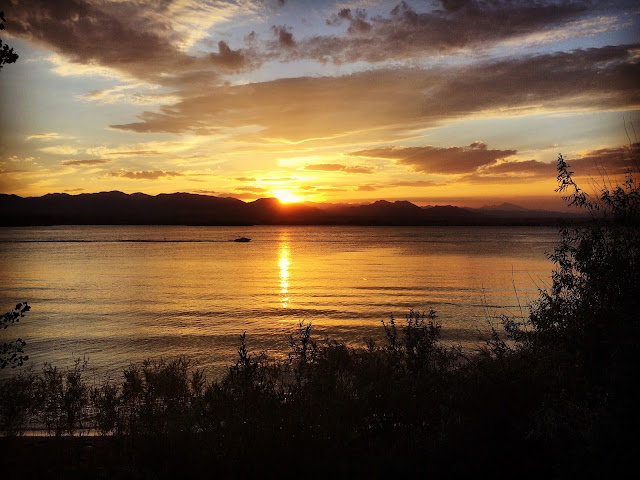