Tuesday (17,074 steps) - Guess what? Another rest day. Bah. At the beer run on Saturday I actually won a raffle! I received two free tickets to a screening of the new Ghostbusters movie. After work I headed down to the theater and met up with the same guy that I went out with Saturday for the movie. I was pleasantly surprised! I did not have high expectations, but it was pretty entertaining. 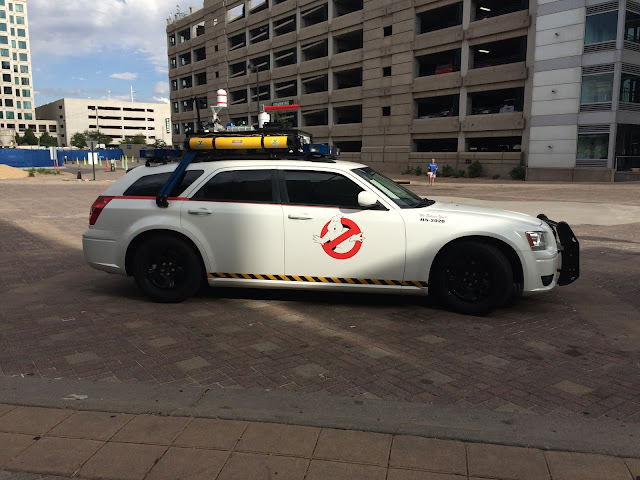 The movie hadn't started until 7, so it was yet another late night for me. Reflecting on the evening, TOTALLY not into the guy at all. I almost felt violated when he tried to touch me, so needless to say, NO SPARK, and no third date. Ah well.

Wednesday (20,372 steps) - Busy morning. Went to barre class at 7:15, then headed back to Accelerate Health for another visit with Kendelle. The good news is that she said my hips looked a lot better and that although my muscles in my left quad/glut area are still incredibly tight, she thought they weren't as bad as Monday. So more ART (ouchie) and more needling (with longer and more needles). It's so difficult to not be frustrated with this. After work headed down to run club. Walked with Maureen over to the dirt track and tested out the leg/hip with a loop on the dirt. Not great. Not painful, but gait is still horrible and compensating. So, another day I'll try again. To make myself feel better and convince myself that my ultra dreams this summer aren't over, I upgraded my Garmin (25% off!) to the Fenix 3. 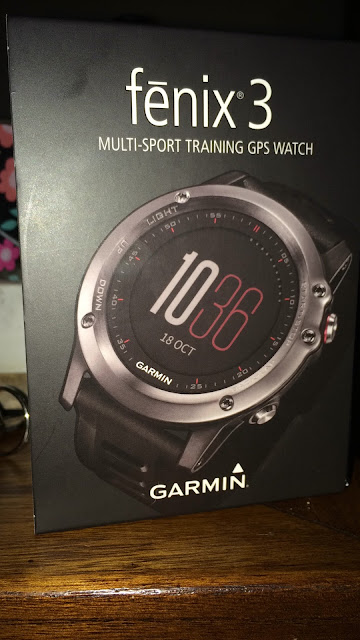 Ended up staying at the store until 9 chatting with everyone. So yes, another late night. 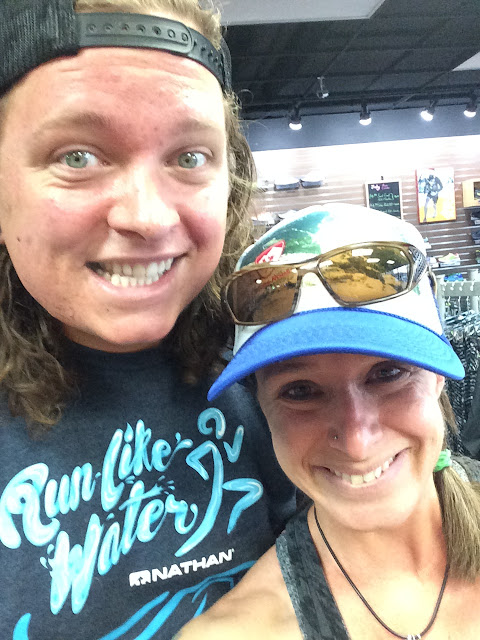 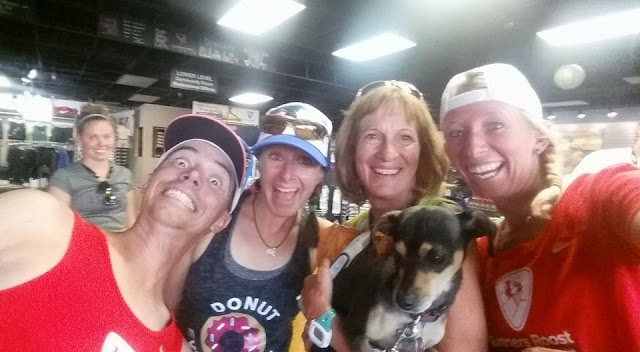 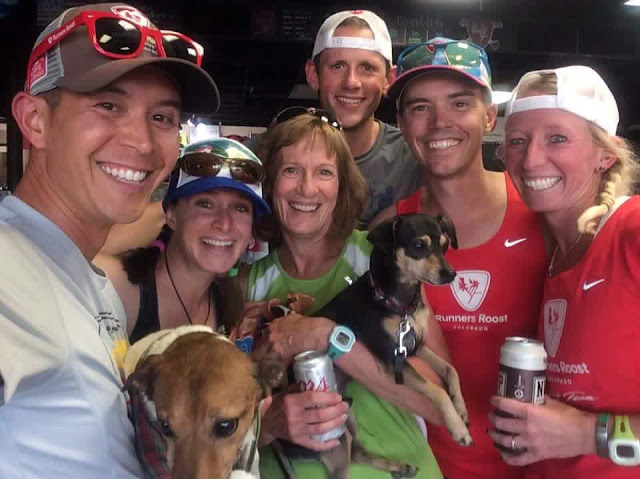 Thursday (18,074 steps) - Woke up almost an hour before my alarm went off, so I took that as a sign to take a hot epsom salt bath. I mean, it can't do any harm, right? Special run club (and by run club, of course it's "walk" club for me) at the Infinite Monkey Theorem, which is a wine bar in the newest "hip" part of town (RiNo). Stance was there was a vendor and did a cool "finders keepers" to earn free socks! Unfortunately, Maureen and I couldn't do most of the course since we were walking, and we didn't find anything. We did get in about 3.5 miles of walking, so that was nice. We stayed and had some wine, then home. 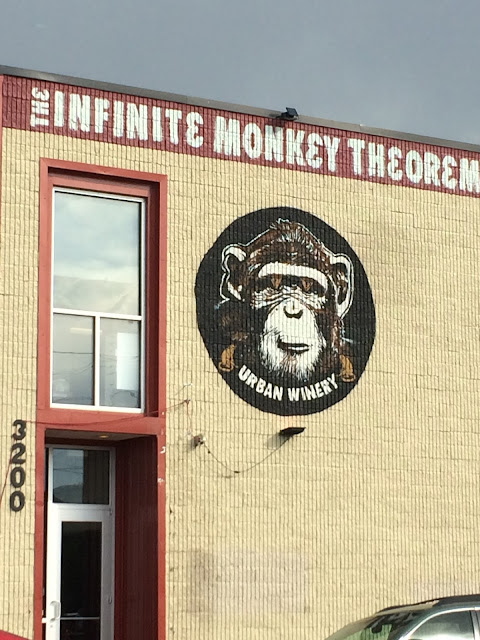 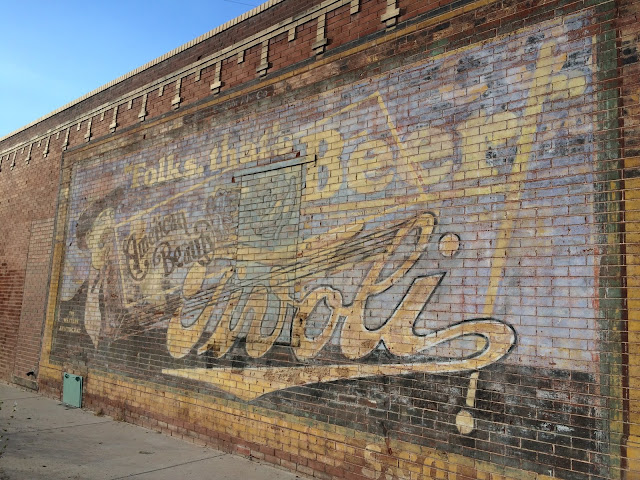 Friday (16,954 steps) - Uneventful day, went to barre after work. Got home to find the response from my HOA. They are NOT approving my door and gave me less than a month to replace with an "approved" door (list of approved doors was not included). Spent the evening pissed off walking around the complex looking at all the other doors that are like mine. A called me (finally), and we chatted a bit.
Saturday (28,673 steps) - Up early for Runners Edge. The run was WAY DOWN in Highlands Ranch, so it took me an hour to get there. Supposedly a cut-back week for those people that are still running, so the run wasn't as early at least. Once again, started with the slowest pace group and did 6 miles. 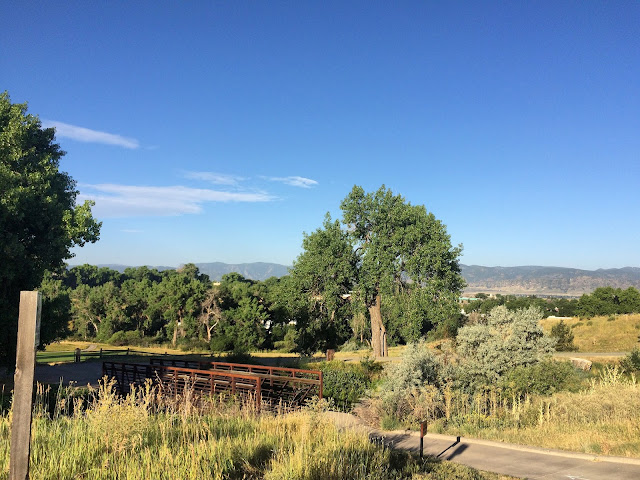 Sat in a pair of recovery legs and then headed to Runners Roost to pick up some Body Glide before meeting Maureen at Former Future for the latest of the beer runs. This "run" went through Wash Park, and somehow we missed a turn and ended up doing 3.5 or so miles instead of 5k. This brewery is super tiny and we didn't have anywhere to sit for a while. Womp. 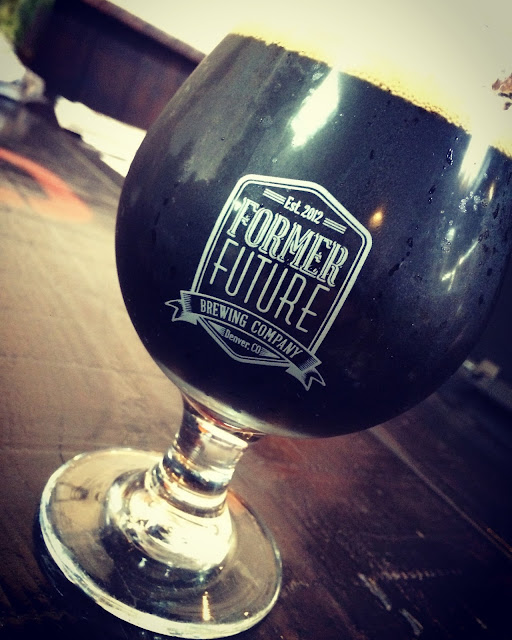 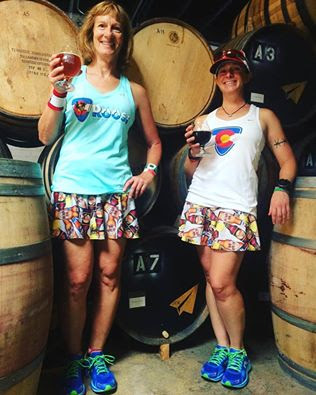 Had a few beers and picked up some food from the restaurant next door. Unsure of what I might have done in the evening.
Sunday (43,013 steps) - Longmont Trail half marathon. 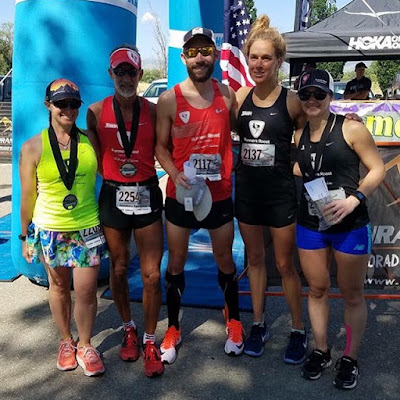 Rested and had lunch, then in the evening I met up with Maureen to carpool to the Trail Running Festival at Bear Creek. Again, no running, but it was a great evening with vendors, food and BEER. Another late night.
Monday (17,090 steps) - Barre in the morning before work. The end.