The Longmont Trail half marathon was probably the one race in the series that I was not looking forward to at all. For starters, running that far in the metro area in summer is miserable. It's been in the 90's for weeks and race day was no exception. Secondly, obviously, I haven't been running and I wasn't even really sure that I could physically get through the race. Lastly, I was confused and thought the Longmont half marathon I ran a few years ago was the same event - and I hate it. Anyway, not looking forward to it.

Jeff (the race director) had moved up the start to 7:45 (from 8 am), but said we could take an early start. Under normal circumstances I would not take an early start. In my current physical condition I decided I'd go ahead and start early, since I very likely would be out on the course all morning.

I got up around 5 and drove the 45 minutes or so up to Longmont. The parking lot was fairly easy to find at the Boulder County Fairgrounds and it was a short walk to the starting area. 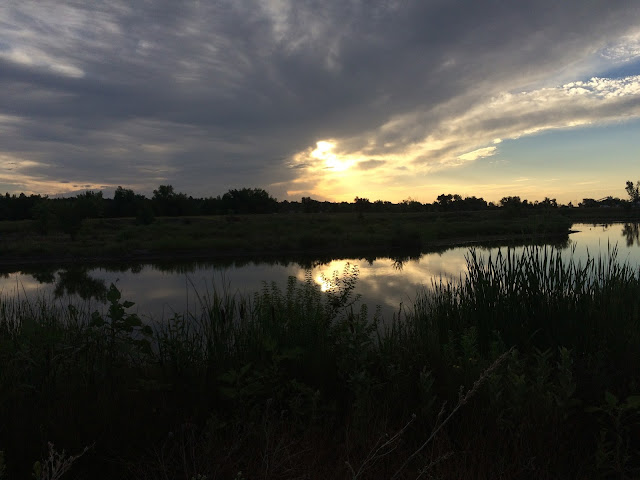 I met up with fellow ERS ambassador Stacy, who asked if I wanted to start at 6:40-6:45 (I had been planning to start at 7). She had already spoken with the timing guy, who said we could pretty much start whenever. So as soon as I had my bib and went to the bathroom, we were off. Stacy was having some issues with her ankle, as well as some breathing issues. We managed to stick together for the first 4 or so miles, plodding along at a speedy 13:xx pace. The first two aid stations were not set up yet, but I had my handheld so I wasn't super concerned.

Around 4 miles in Stacy decided that she was going to drop at the 10k (the half marathon course was a double loop), so she pulled back and slowed down and I kept going.

Man. It is really hot in July. The first few miles, I had noticed a bit of a niggle in my hip, but by 3-4 miles in it seemed to loosen up. Other than general fatigue, I didn't find anything painful, so yay! I was heading into mile 5 when the faster half marathon runners and 10k'ers were getting started. I literally started an hour early and they weren't that far back. 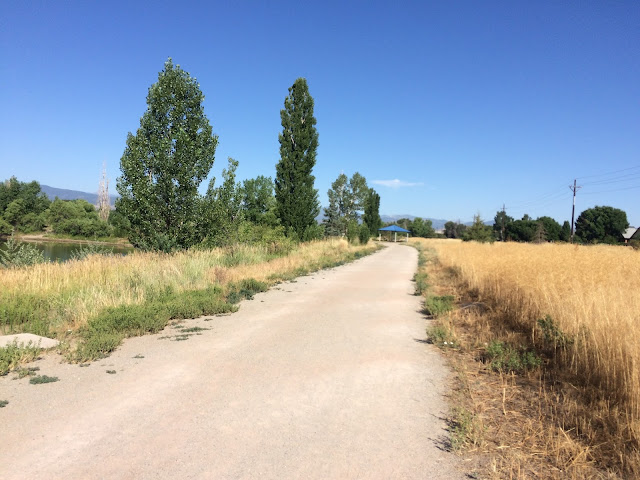 I haven't really done many double loop courses and figured I would hate the loop the second time around. Even though it was fiery hot out, it wasn't nearly as bad as I feared. There was enough shade on most of it that I didn't feel too terrible. Plus, I got to be lapped by all the fast people, so that's always fun.

My "A" goal for this race was to see if I could get through at least half of the race running. I am pleased to say that while my pace certainly wasn't anything impressive, that I was able to slow jog about 95% of the race. I say that is a success!

I met up with some of my teammates after the finish (they were still there because they were waiting for awards - I'm the only one on the team that didn't make the podium, lol) 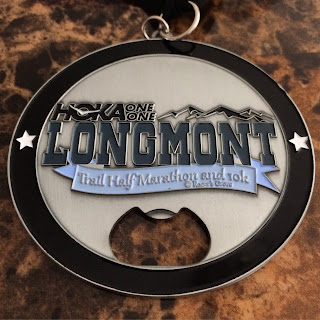