Tuesday (15,526 steps) - Since it was raining (still), I skipped the morning run and did a new to me upper body video. I really liked this one! No duplicate moves and ones I hadn't done before. When I got home I did a quick run around the neighborhood. The first mile felt Great! Easy! and then I bonked. Big time. Looking back at the data, I ran way too fast my first mile (right around 10 mm pace) and then struggled through the rest. Womp. 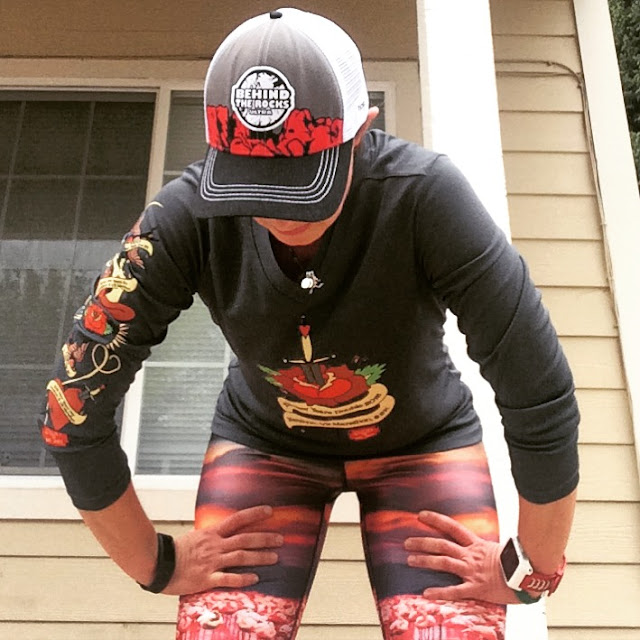 Wednesday (18,121 steps) - MY BIRTHDAY!! Up early for a HIIT, Abs and cool down. HIIT is seriously the hardest ever. It's truly baffling how I can be so out of shape! The Abs video was extremely humbling, as I could barely get through it. I know for a fact that I have been able to do these reps in the past. Depressing. I expected A to make me breakfast... but she didn't, and didn't mention my birthday. WTF. How could she forget? I hype up my birthday ALL YEAR. Got a few gifts at work, and my cell mate made me a "Better than Sex" cake. Picked up A, and it took her another 15 minutes to remember my birthday. Rude!!! Got my free cake from "Nothing Bundt Cakes" and then went to run club. 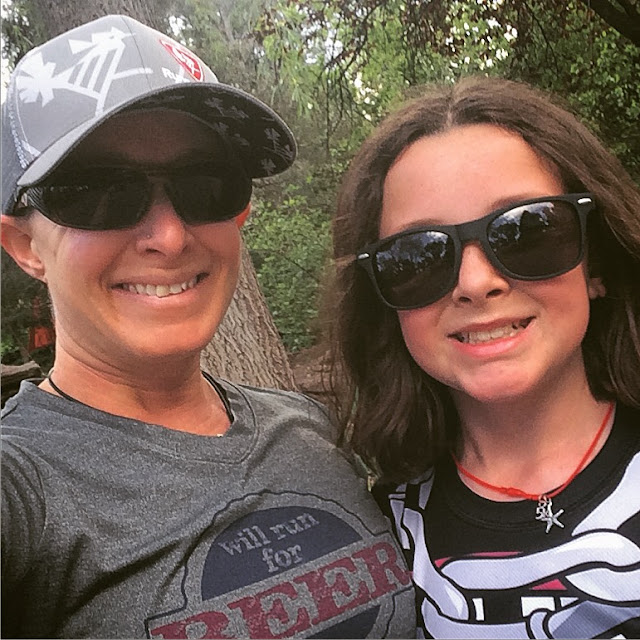 Ran 3ish miles with A, had cake(s) and beer with my running buddies, won the raffle from Brooks (in addition to getting a super cool box of goodies for my birthday), and then went to dinner at Pho with Heather and A. Heather also got me NBC's (carrot cake and red velvet) and a dozen yellow roses. See, I don't need a boyfriend!!! Up way too late though, exhausted. 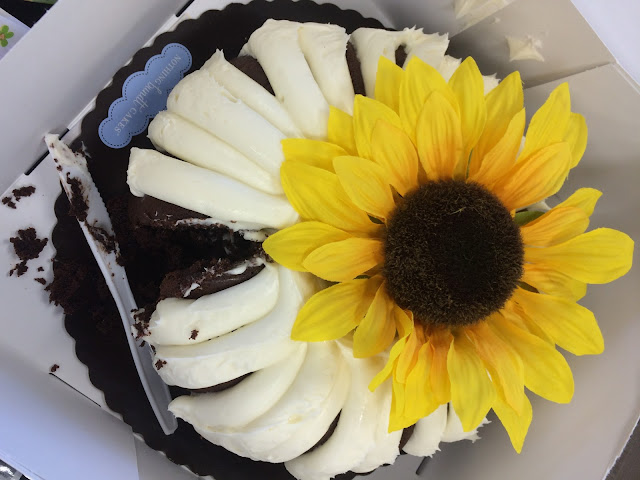 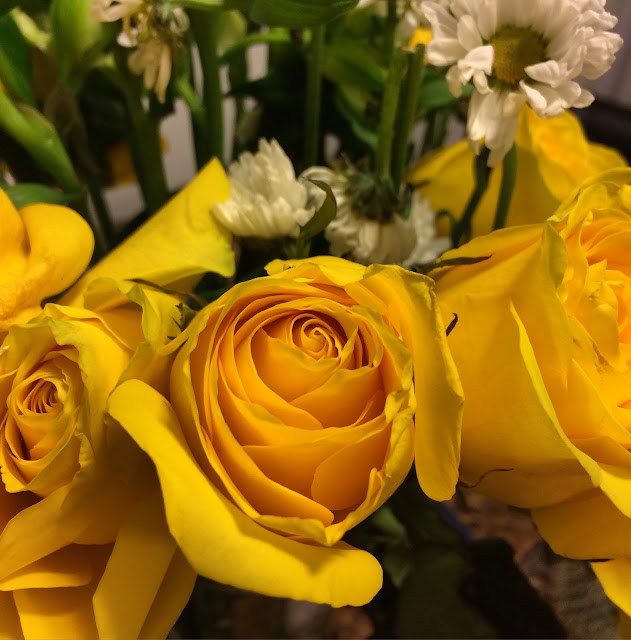 Thursday (18,615 steps) - I was in a bit of a predicament with how busy I was going to be in the evening, so even though I was dead tired, I had to get up to get in my run (not great), and the longest video of cardio, upper body strength and yoga EVER. A had felt very badly about forgetting my birthday, so she got up early and made me breakfast. After work we prepped the batter to make the cookies for A's student council party AND a graduation party. Gymnastic and Tokyo Joe's and baking like 6 dozen cookies. Lordie. Too much for a Thursday.
Friday (14,127 steps) - I again skipped a video because of an upcoming race. Rest days are nice. I took A to school a bit early to go to the school book fair (buy one get one free!), and then she had field day. I stuck around for the first few hours, but had to be at work at noon, so I sadly missed the ever popular "shoe kick." 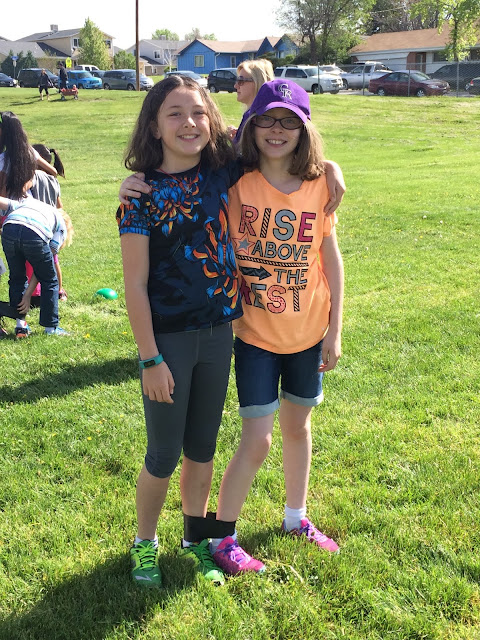 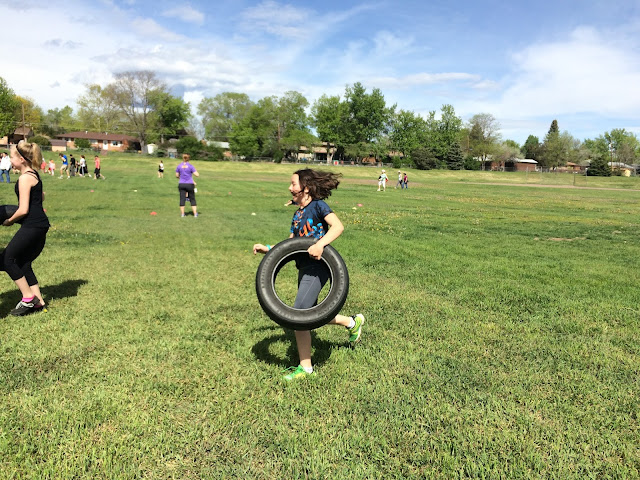 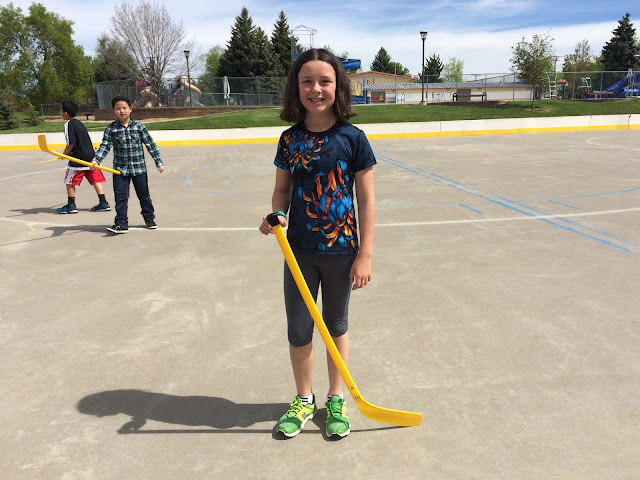 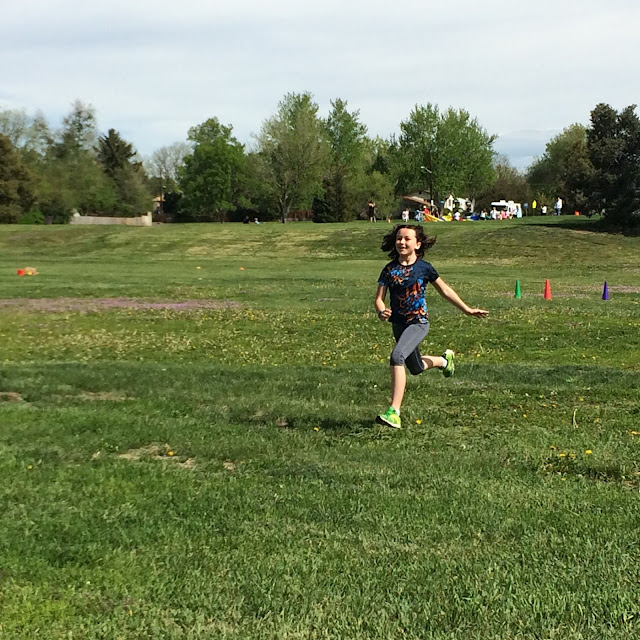 Picked her up a bit early from school because she had her end of year student council party. Did nothing the rest of the night.
Saturday (37,532 steps) - Palmer Lake half marathon. 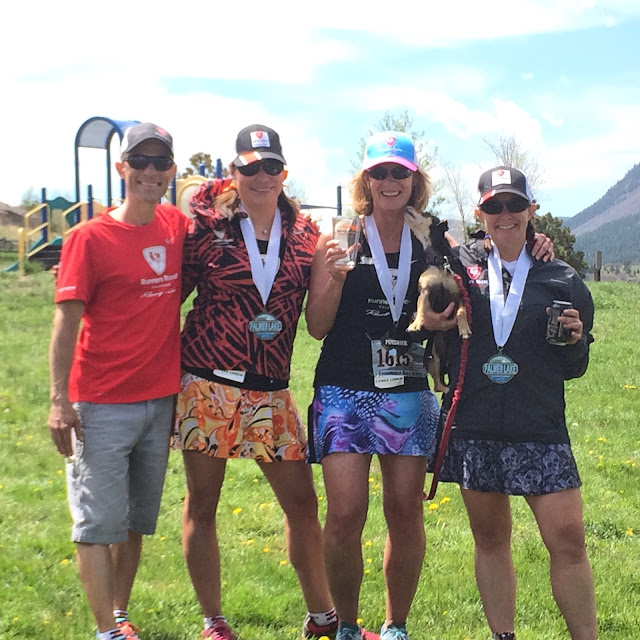 Left almost immediately to go to A's last soccer game. We hit nasty traffic and got there a few minutes late, but it wasn't a big deal (according to A, I loathe being late). A played very well the first half, and was a bit sluggish the second half. She's had a minor cold for a few days, coupled with not a ton of sleep and the FIERY HOT SUN, the second half was a bit rough. They had a giant soccer ball cupcake/cake to celebrate. 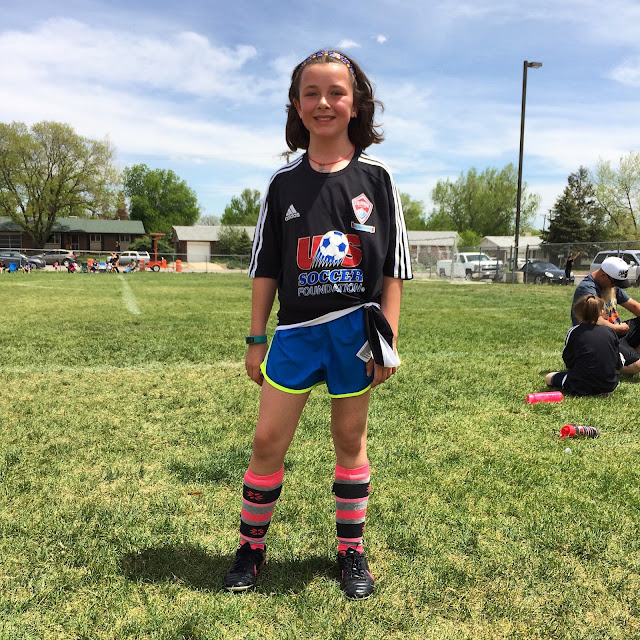 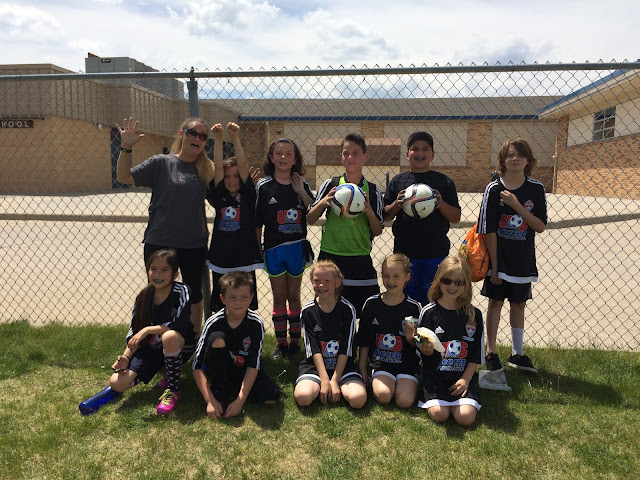 Drove home for a quick shower, and then went to our friend's Heather and Jack's house for their son's graduation party. We stayed a few hours, then headed home because I was THE MOST TIRED EVER. We actually went to bed pretty early.
Sunday (10,764 steps) - Up early AGAIN. This time, it was to volunteer at the Endurance Race Series tent at the Erie half marathon. We were supposed to be there at 6:30, but I forgot my phone, had to go back home to get it so I could map it, and then had a hard time finding it. 15 minutes late. The other ambassador didn't show up until almost 8 (which is when the race started), so I think I did pretty good. The race was much smaller than I expected, with probably only 250 runners between the half and the 5k. A kept herself occupied hula hooping (she can hula with up to FOUR hoops at a time. I can do ZERO) and playing other various games. 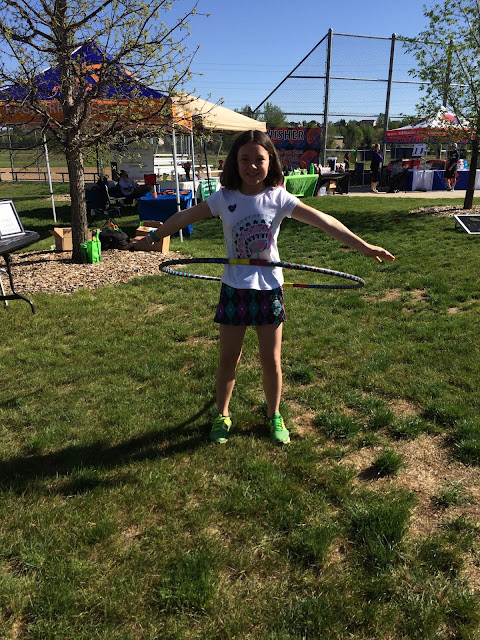 We stuck around until about 11 am, then headed to the grocery store to buy food for A's soccer BBQ. Quick rest on the couch, then the BBQ (with delicious burgers!) from about 2 to 3:30. I think I dozed on the couch for a few hours. What an exhausting weekend. I think we were in bed by 9.
Monday (15,533 steps) - Snoozed through my alarm a few times, but still got up with enough time to do a dirt run along the lake. It's rained so much lately I haven't been running on dirt because I didn't want to deal with the mud. For the most part, the run went really well. 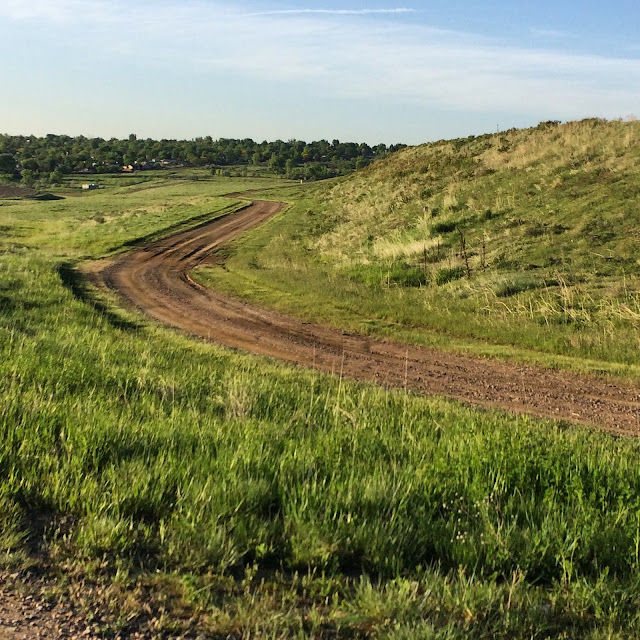 Busy day at work, picked A up from her last Girl Scout meeting of the school year, where I had a quick heart-to-heart with the leader about possibly not coming back next year. This year they were just overloaded with so much activities on the weekends and after school, I'm not sure that A will be able to make the time for it (or me). We agreed to have a parent meeting in a few weeks to discuss what worked this year, and what we might do next school year. After dinner I did a new-to-me lower body video, which I really liked. In bed early again, because we were both still tired from the weekend.