Tuesday (15,231 steps) - Didn't get up early. Again. I planned to run during my lunch hour. However, I left my special eye drops at home, so I had to run to Walgreen's to buy some. I went "the long way" so I could get a semi-decent run in. This was one of the best runs I have had in ages. It was "fast" and cool, and I didn't want to die.
Wednesday (14,529 steps) - Had my "one week" follow up for my lasik. Can start cutting back on the prescription drops, and everything is looking good. Run club after work with A! A struggled a bit as she has soccer practice after school and she was tired. 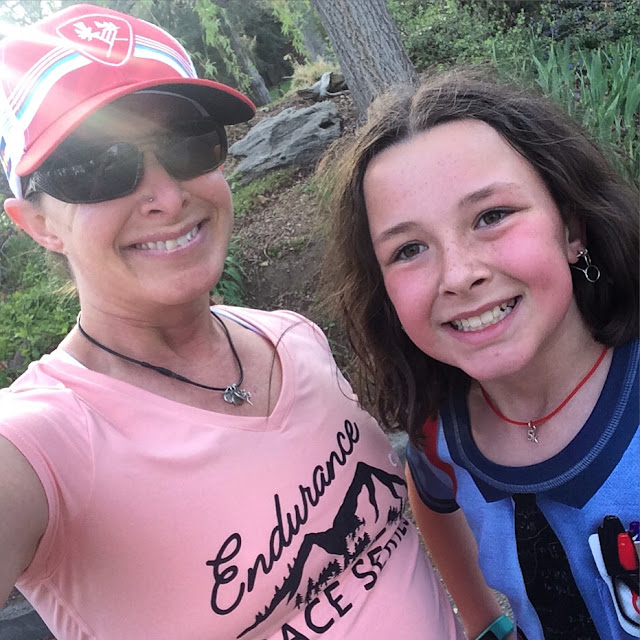 We went to Garbanzo's for dinner after. Haven't been there in ages, it was so delicious. Started packing for this weekend.
Thursday (18,916 steps) - Mainly because the forecast was looking bleak, I actually got up early and did a run. 4ish miles along the lake at sunrise... really, nothing can beat that! 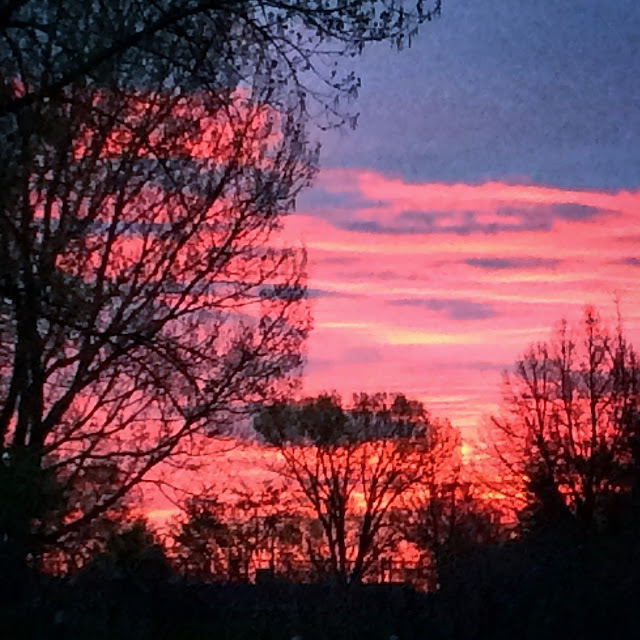 Gymnastics and Tokyo Joe's. Finished packing.
Friday (12,174 steps) - Rest day! A had a dentist appointment, and then I took her over to our friend's house where she would be spending the weekend. She had the day off from school, but I still had to go to work. Womp. Our flight out of Denver was at 7:30, but because it had been snowing all day, I left work a tad early to meet Heather at her house and drive over to the airport. Traffic wasn't bad, parking was easy. We grabbed a drink and got Mexican food to go. Our flight was on time. OH WAIT, JUST KIDDING. Long story short, we sat at the gate for ALMOST TWO HOURS. Why? First class catering effed up and their food wasn't on the plane. Finally, after the passengers started to revolt and were asking to get off the plane, the pilot made the executive decision to depart. We were pretty sure we wouldn't make our connection. Bought TV, tried to watch "Joy," but it was so hard to hear, that I pretty much know nothing about what happened, other than she invented a new mop. We landed in San Francisco with about 15 minutes to make our connection. We did make it to the gate, and were told "due to weather in Eureka, we may have to turn around and come back." Luckily, that didn't happen. Landed on time, airport shuttle picked us up. By the time we got to our hotel it was after 1 am. Eesh.
Saturday (20,166 steps) - Got up fairly early and had breakfast at the hotel. Pretty decent buffet style with eggs, bacon/sausage, potatoes and french toast. And THEN we went for a short, easy run by the water. 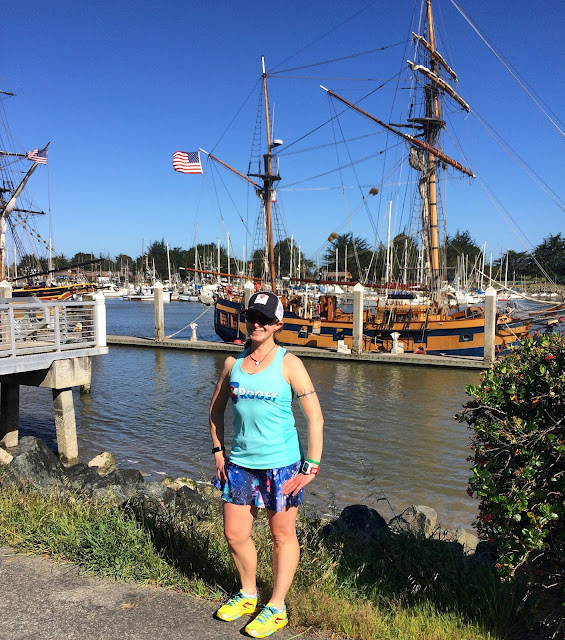 Quick showers, then took the shuttle back to the airport so we could pick up our rental car. We drove up to Trinidad, took pictures and went for a short walk. 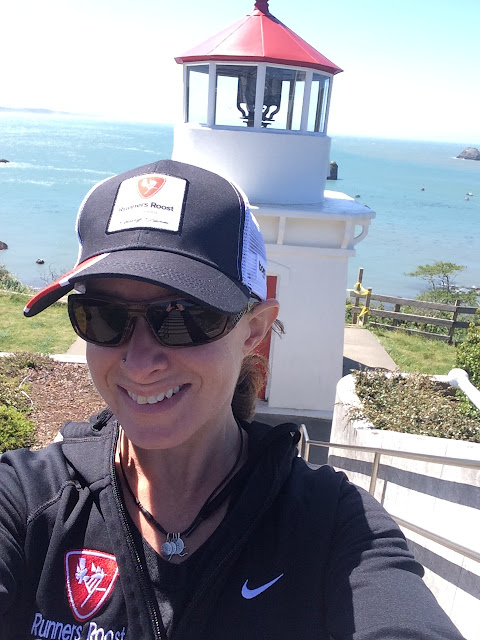 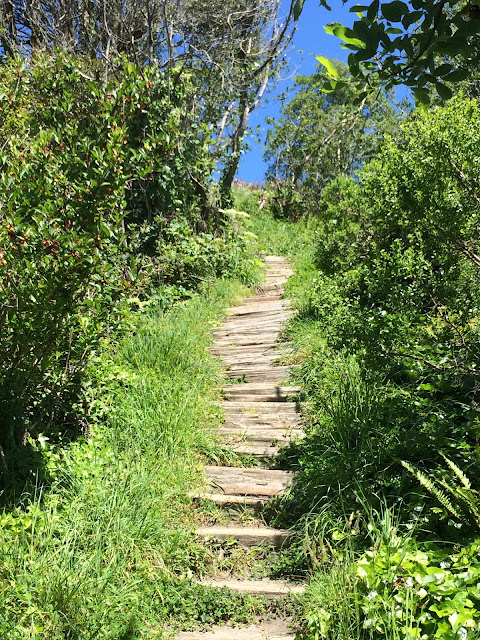 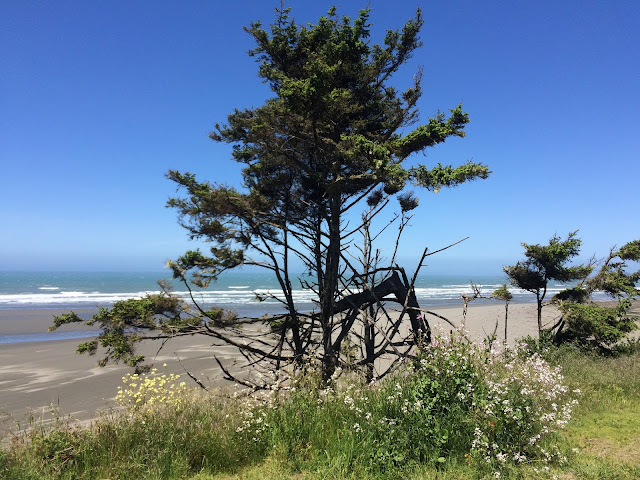 We stopped at Lost Coast brewery in Eureka for a beer and lunch. 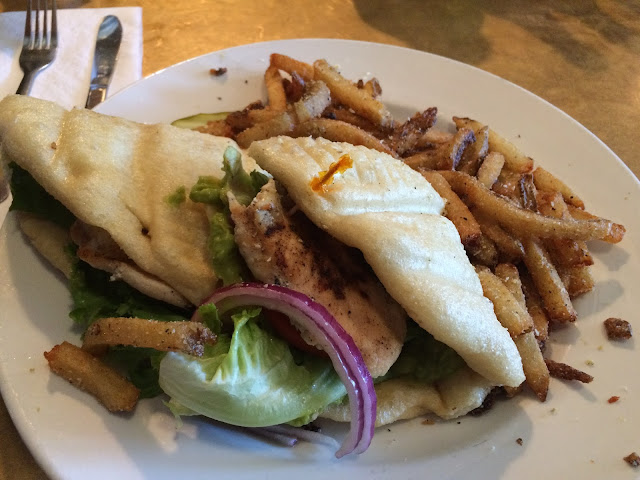 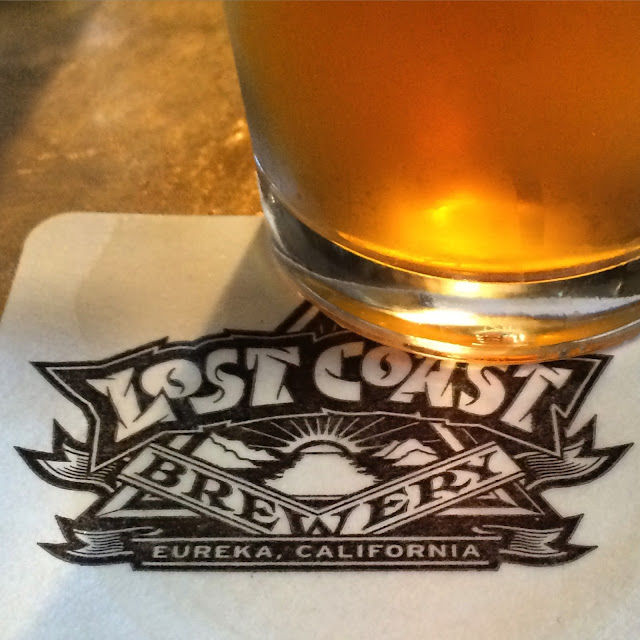 We then took an incredibly scenic drive down to the Avenue of the Giants to pick up our packets. Fun afternoon! 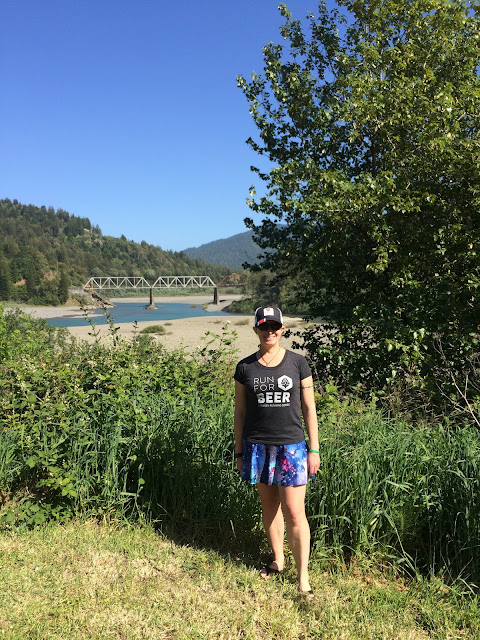 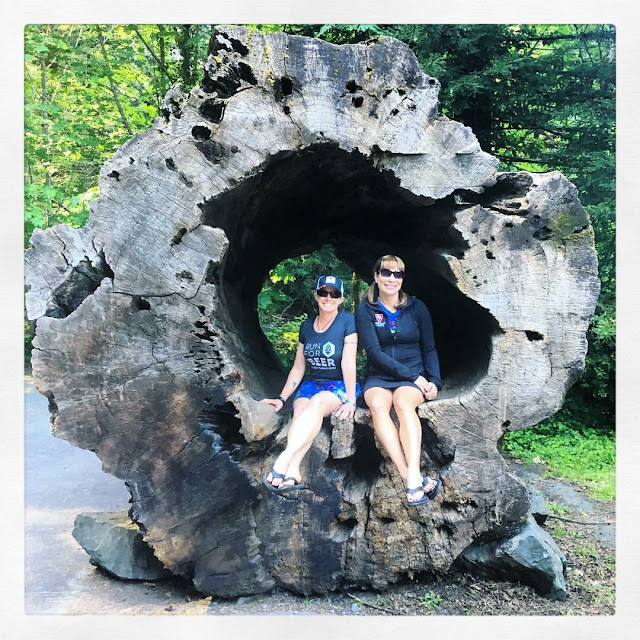 Spent some time relaxing at the hotel and then went to get pizza for dinner. Because, carb loading. In bed not quite as early as planned, around 10:30. 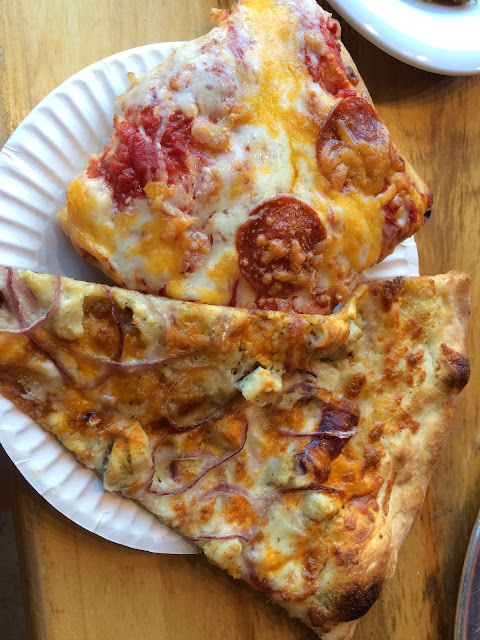 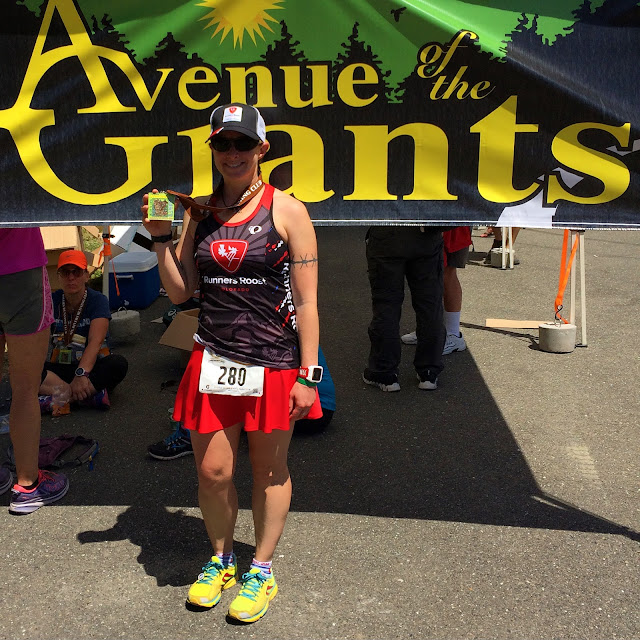 We ended up having burgers and beers at Lost Coast again. Why mess with a good thing? And no, we didn't bother stopping at the hotel to shower first. Spent the remainder of the evening watching tv (we watched Mean Girls, lol). We were too lazy to go out for dinner, so we just ate in the hotel restaurant (grilled cheese, fries and cheesecake).
Monday (14,115 steps) - Last day in California. I wanted to do a short shake out run, so got up about 20 minutes before Heather for a 15 minute jog. Kinda painful, but I knew I would be sitting most of the day. After breakfast we drove up to the "Trees of Mystery." Sounds cheesy, but it was pretty neat! Took tons of pictures, went on a nature walk, and rode a gondola. 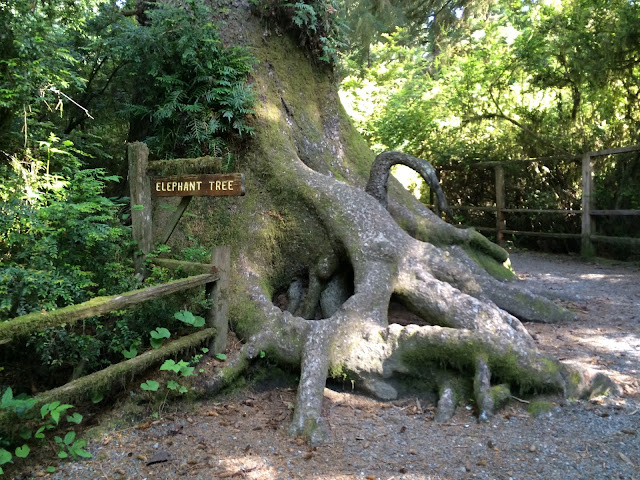 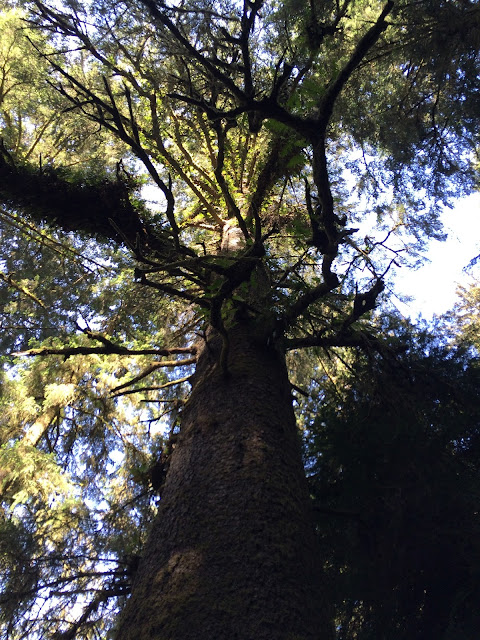 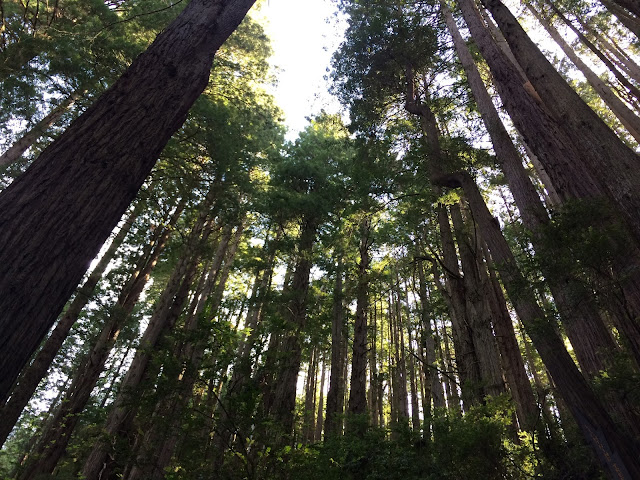 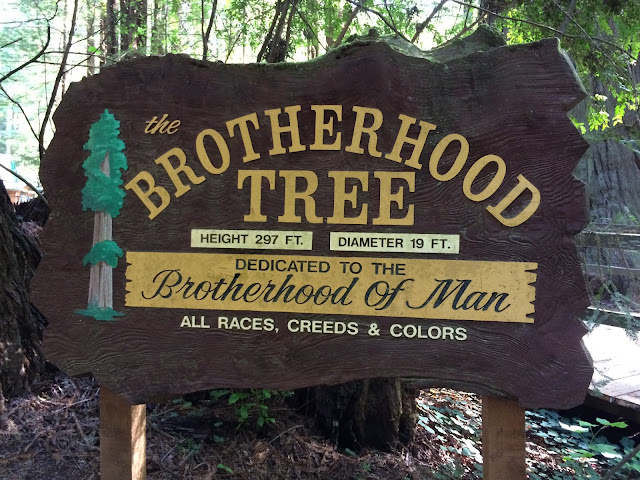 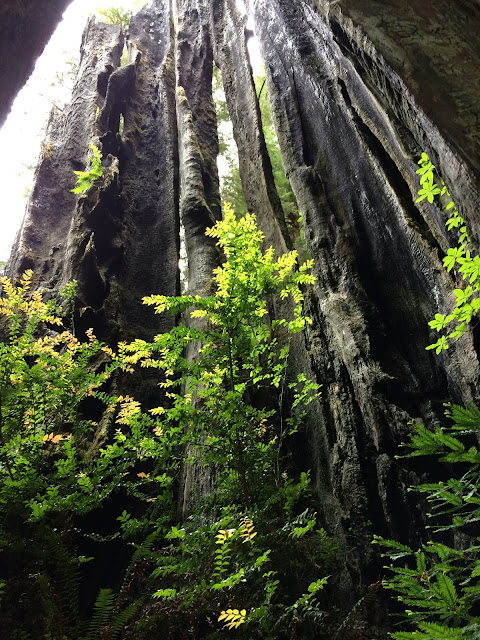 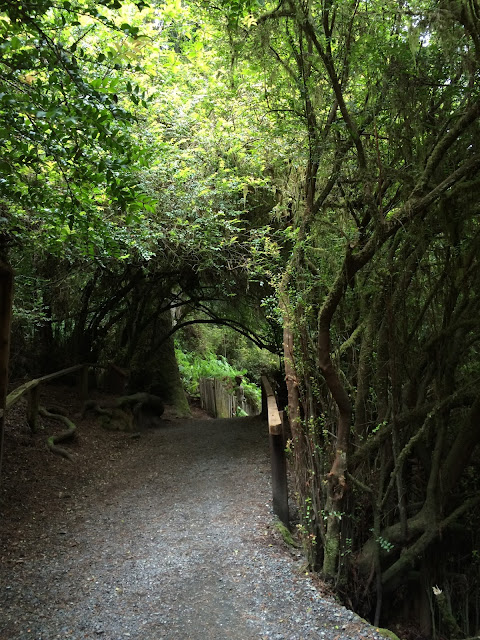 Stopped in Trinidad on the way to the airport to get food (and had a mimosa while we were waiting). The Eureka airport is so small there is not a gift shop, or food, with the exception of a vending machine. A ONE GATE AIRPORT. Flight to San Fran was fine, uneventful. Landed a few minutes early in Denver. Went to Heather's to get my car, then picked up A right around 10 pm. Stopped at Old Chicago for take out mac & cheese because I was staving and knew there was no food at home. Phew. 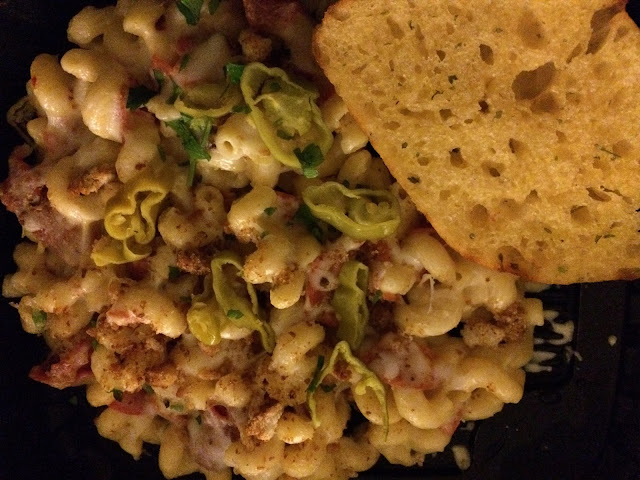 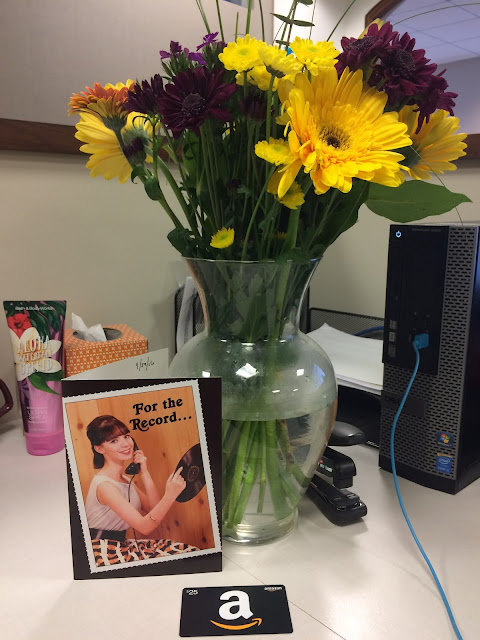