The Rabbit Valley half marathon was an inaugural race, put on by Gemini Adventures, the same group that organized my stage race last summer. As soon as I heard it announced, I signed up. I was pretty excited to run the same section of course - NOT in 100 degree weather.

Left Kate's house around 5:45. Drove into Grand Junction to get coffee and a diet Pepsi, then headed west on I-70 to the race start. The Rabbit Valley exit is only two miles from the Utah border. There was no traffic and I arrived with an hour to spare.

I picked up my bib and chatted with Kyla. There was also a mountain bike event that started at 7, so while that was happening I cycled through the bathroom line and got my stuff ready. My teammate and friend, Laura, was also running the half, so we talked and took a pre-race picture.
We were not starting initially on the Kokopelli trail, we would instead be on "trail 2" for the beginning part of the race. I was feeling pretty good, but I couldn't remember how hilly the course was. I made sure to take some pictures on the uphills since I was walking anyway. I hadn't even looked at the course, so I didn't know where the aid stations were going to be. The first one was right after we moved onto the Kokopelli, around mile 2.5. I grabbed only a small cup of coke. I had heard in the pre-race meeting that there would be a total of 4 aid stations, hitting each one twice. I assumed it would be another 2-3 miles before we saw it. I was surprised when it was only 1.5 miles out. And I wasn't even sure that it was the right aid station as there was flagging for some other organization. 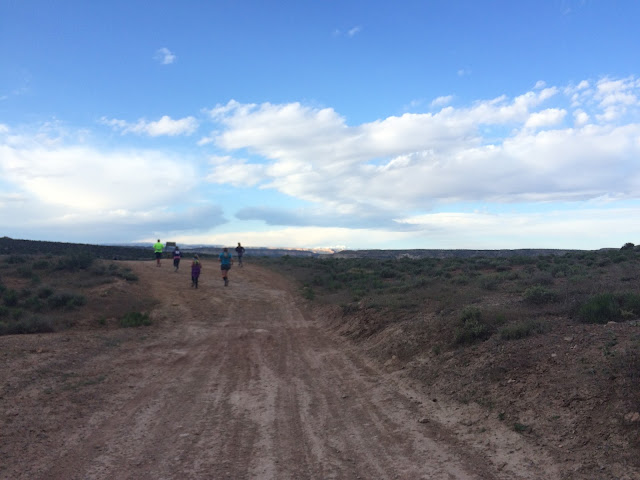 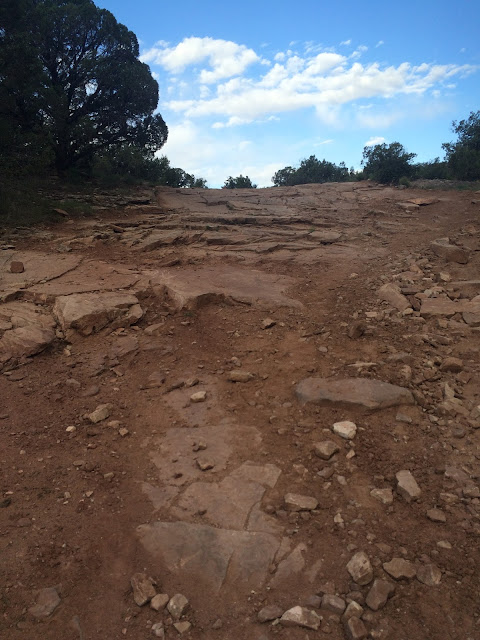 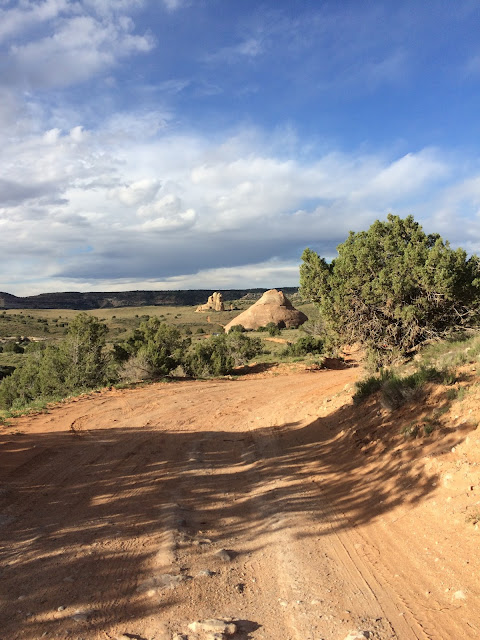 Around mile 4 was when we first started seeing the leaders heading back. Sure seemed early. Then started seeing the bulk of the people another half mile or so later. What the heck? Did I miss something? Maybe there was another out and back at the end? Or a loop? Did we miss a turn? Keep running until we got to  the cone with the deck of playing cards. I had been chasing a couple and asked them if we had missed a turn and they said no. Huh. Views at the turnaround were amazing! 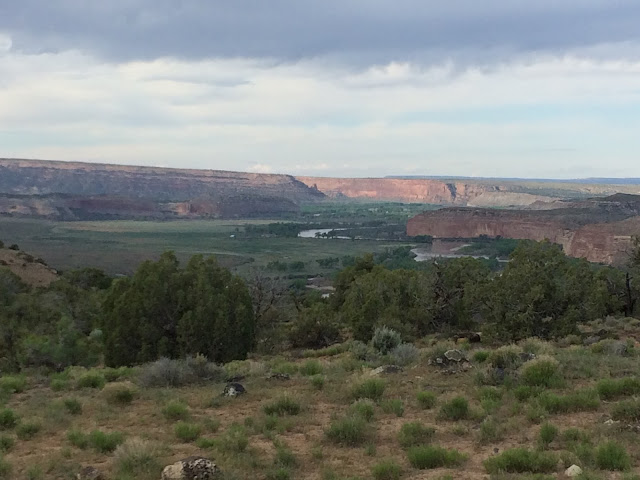 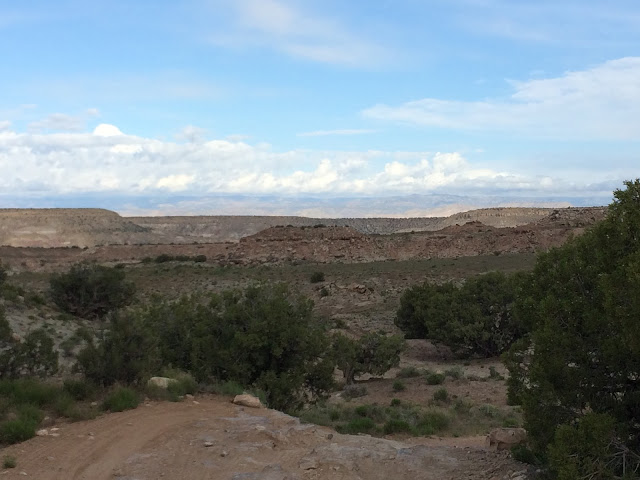 I was feeling really good at this point. There was a slight breeze and the temperature was perfect. There were some nasty clouds looming over the horizon so I was in the mood to move quickly. Hit the aid station and noticed the sign said "7.5 miles" - only I was only at like mile 5. Ok.

I completely skipped the last aid station because I didn't feel that I needed it. When we were only a mile or so out from the finish, I noticed some people coming towards us. Uh, were we doing a section twice? I asked one of the guys "is the finish not where I think it is?" He said it was "right over there." I looked at my watch, about 9 miles. WTF. So when I crossed the finish, my watch said 9.79 miles.

Got my dog tag, and grabbed some watermelon and a grilled cheese. Once I had stopped running it was a lot cooler, and I put on my sweatshirt. Chatted with Laura for a few minutes, and stuck around for awards. The race director admitted the course was short - they aren't really sure what happened, although whoever they had marking the course clearly didn't mark it correctly, and they said they didn't double check after it was marked. Kind of a bummer!