Tuesday (16,991 steps) - The Lazy has set in. I snoozed, again. I did get up eventually and did the big loop around the neighborhood, so I suppose that is better than nothing. 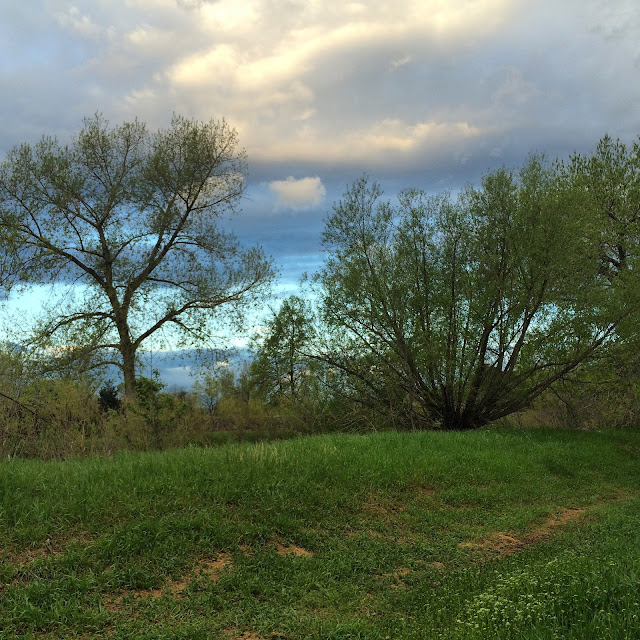 After work we had to stop and pick up groceries since we've barely been home the last few weeks. While I was making dinner I did another video (!!!). I promise, I'm really going to work at NOT dropping my cross/strength training.
Wednesday (17,356 steps) - Even though we had gone to bed early(ish), still tired. I did get up with enough time to do another video (!!!) and stretching. I'm doing a two week program so I didn't just randomly choose these. Did not love the cool down/stretching video though. Went to run club, and ran 3 miles with Maureen, Heather and A. After, we went out to eat at Noodles & Company.
Thursday (16,302 steps) - Got up early with plans to run 3-4 miles. Felt terrible, so turned around after 15 minutes and went home to do video instead. 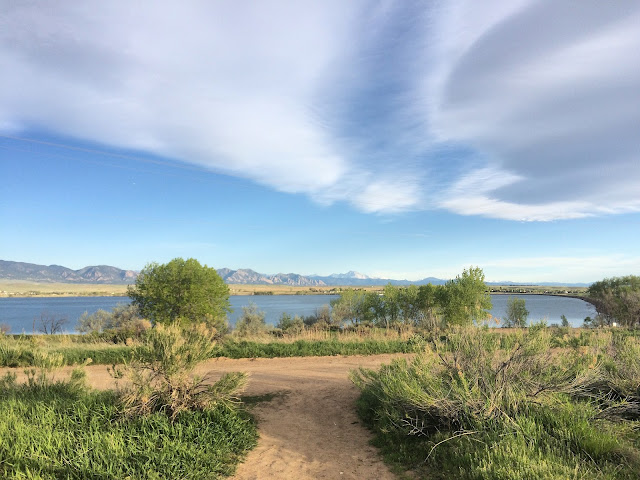 Cardio warm up (which I did not like) and abs/upper body. Gymnastics and Tokyo Joe's, followed by baking cookies.
Friday (17,896 steps) - Skipped the daily video because it was LONG and lower body focused. With a race on Sunday I didn't want dead legs. Instead, did a short run out to the lake - it was gorgeous! Busy day at work. Had to go to the Colfax marathon expo during lunch. It was set up in a ridiculous way (best described by my friend Lisa as similar to the layout of Ikea). Took an hour just to grab my bib and baton. Annoying! We also had happy hour at work, and some  last minute filings that made the day fly by. Picked up A, quick stop at home, then went to our other friend Heather's house for a gathering with friends that we haven't seen in months. Great night! Of course, ended up being out way too late (didn't get home until almost midnight!) 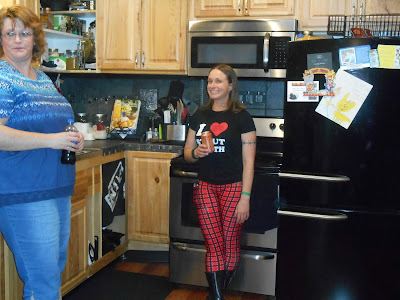 Saturday (26,034 steps) - Tired, tired, TIRED. I forced myself to get out of bed on a dreary and foggy morning to drive into Denver for a run with Runner's Edge. Actually, my first run with them in ages (due to racing and LASIK). The max mileage was 14, but it was essentially a big loop. I had thought I might like to do 8, but instead of doing an out and back, I just did the big 7 mile loop. Somewhere around 6 miles in my right ankle started to ache a bit (same one that was bothering me during Avenue of the Giants). 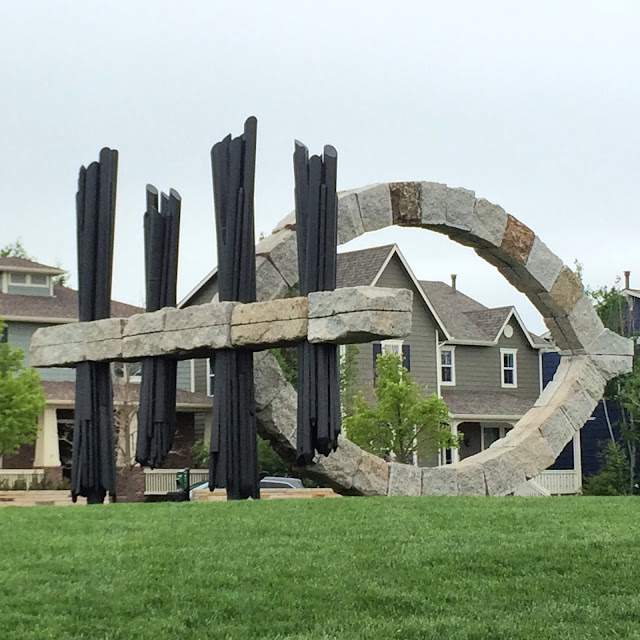 Picked up Einstein's on the way home. A and I had some TV/nap time, and then headed down to Runner's Roost in Lakewood to pick up a new torture device and rock tape. Quick stop for a snack, and then we met up with Rose, Madi and family at Elitch's. 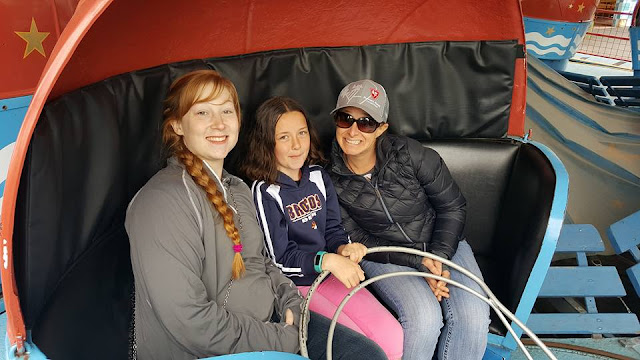 I was feeling a bit... "off," but we had a great time in the cooler weather going on rides. Headed home to lay down (trying to ward off whatever was making me light-headed), and to pack. Headed downtown around 6 so that I could go to Cheesecake Factory for my pre-birthday dinner. They were SUPER busy. I was very distressed to learn they no longer have pepper jack or sharp cheddar cheese, so I skipped getting my normal grilled cheese sandwich. Got some nachos instead (which were tasty) and mac and cheese. I actually couldn't even finish the mac and cheese (???) and we had to take our cheesecake to go. 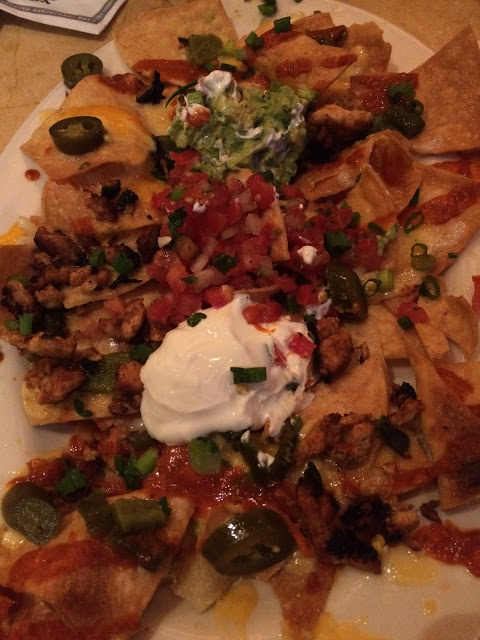 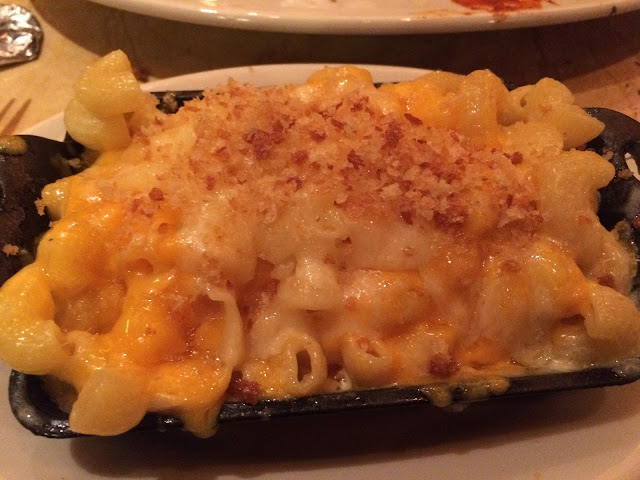 Headed over to Heather's house to spend the night. Watched some TV, sat in the elevated legs, and had a beer. In bed by about 10:30.
Sunday (24,692 steps) - Planned on carpooling to the start of the Colfax marathon relay with Eric (who was running the full). He was a bit late picking me up, and we didn't get out of the house until 5:20 (for a 6 am start). Colorado was closed around 13th, but we found a spot not too far in a residential area on the east side. I have never shown up so late to a race! Luckily there was no line at the port-o-potty, so quick stop there, and I went right into my corral (and happened to end up standing next to Ruth). 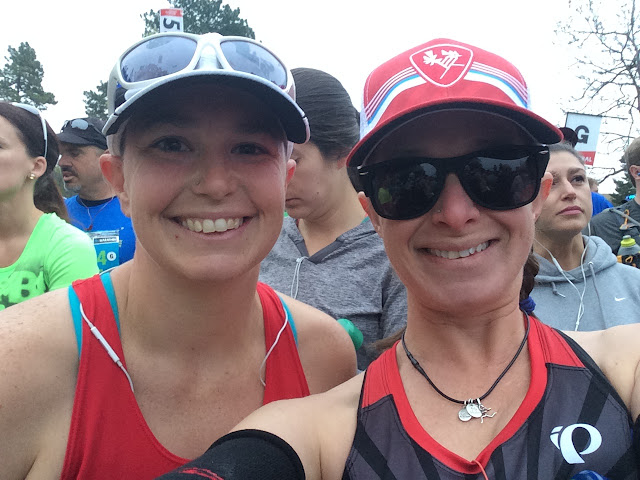 I wasn't sure at all how the day was going to go. Hoped to run fast, but take it easy at the same time. Legs tired right off the bat and I had to do some unplanned walking around mile 2. Legs loosened up a bit and everything went pretty well until I got closer to the stadium. The last half mile or so of the leg is pretty cruel, with a steep hill leading up to the exchange. Handed off to Heather, and sat in her car while she ran her leg (which was mostly a loop, and then a mile back to the car). We drove back to the house to get A, and then headed over to the finish area, where we would remain until after noon. It was great seeing so many friends and teammates at the finish! 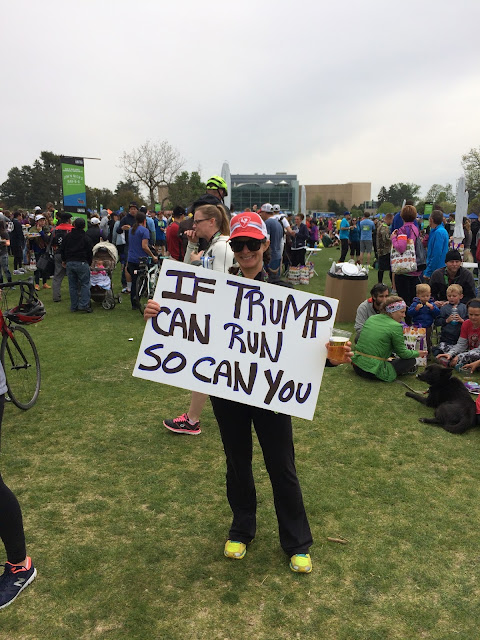 A was getting hungry, so we decided to get food (with Heather, Eric and Maureen). Our first stop was Snooze, but with a 90 minute wait, we went down to Sam's instead. Finally got my pepper jack grilled cheese (and a spicy bloody Mary)! 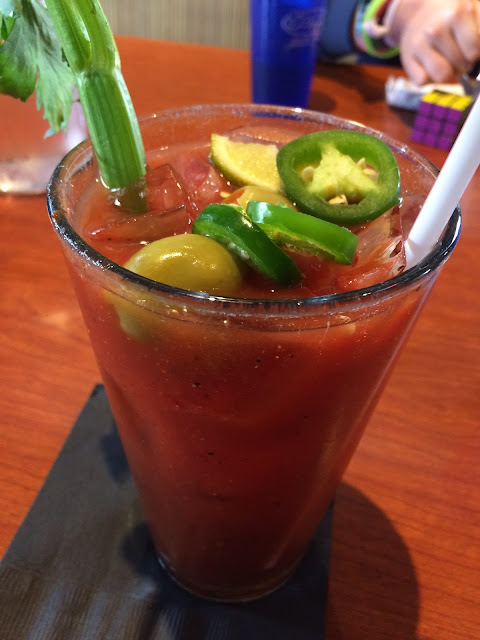 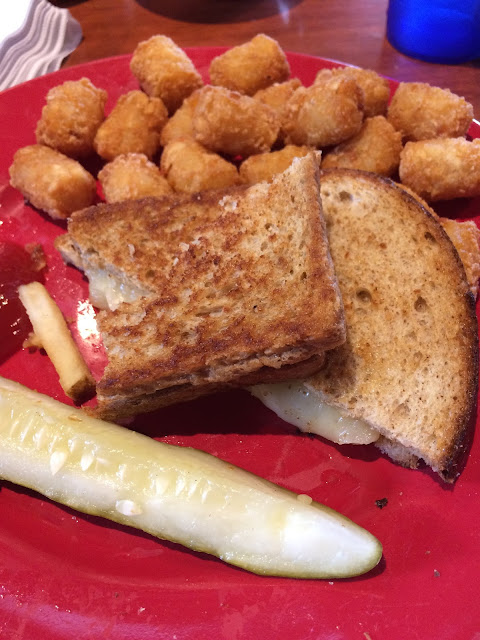 Headed home for a shower, and then over to Jessa's for some catching up and lasagna. Longest day ever. In bed at 9:30.
Monday (13,493 steps) - Turned off my alarm, so no morning workout. Even getting 9 hours of sleep, still tired. A and I made chicken sweet & sour stir fry for dinner, and then I did a lower body video. In bed early again. Still so tired from the weekend! 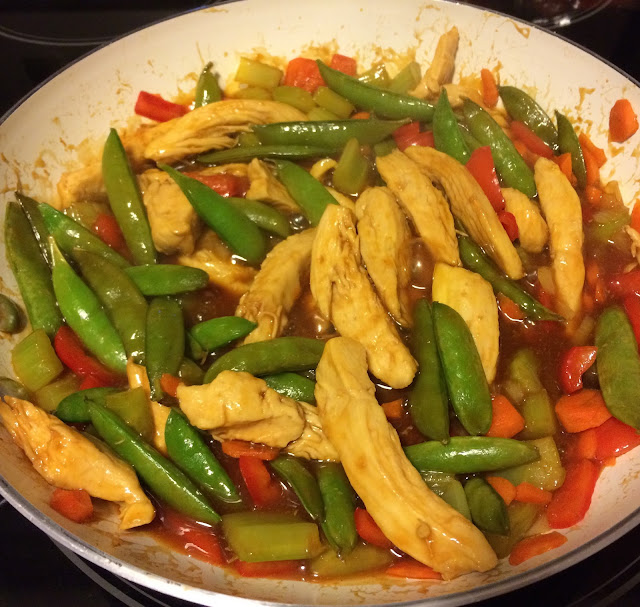