Tuesday (18,829 steps) - Leisurely stroll on the treadmill and a total body workout video.
Wednesday (13,953 steps) - Run Club! Ran with Heather again for a super awesome (2?) miles.
Thursday (21,321 steps) - 4+ miles on the treadmill. I have no recollection of this run, but based on pace, I either did hills or it just didn't go that well. I did another total body video. 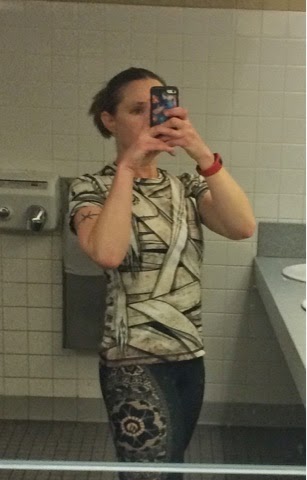 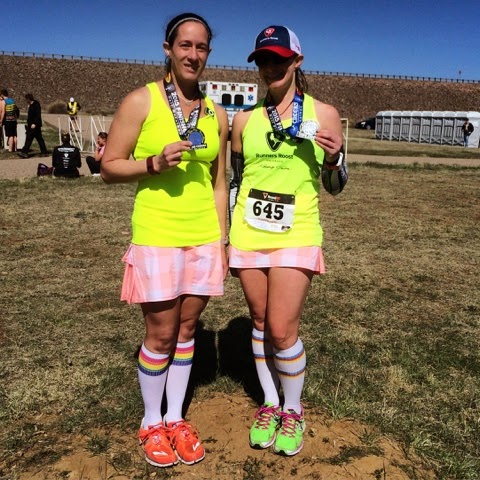 I have NO recollection of the rest of the day. We went grocery shopping, and at some point, the kids and Batman Sour dyed Easter eggs. 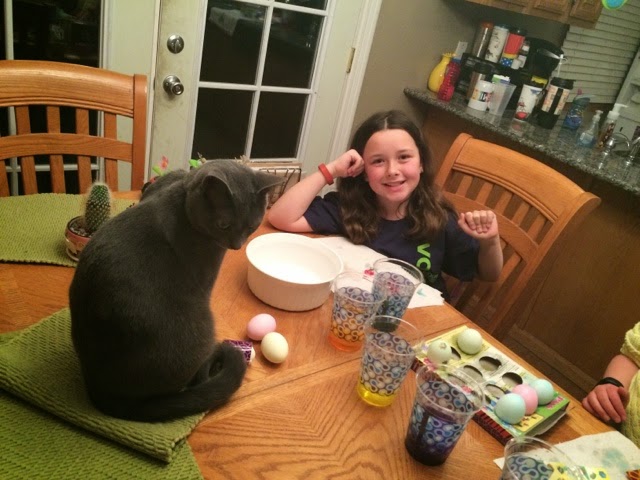 Sunday (14,760 steps) - Up before dawn to volunteer at the Westminster trail races! We had to be there by 6 am. It was pretty darn chilly when we first arrive, hence the winter wear. We assisted in handing out packets (there were three distances - 5k, 10k and half marathon) and then we manned the first/last aid station for a few hours. Once they were actually BUSY, the kids did a great job. 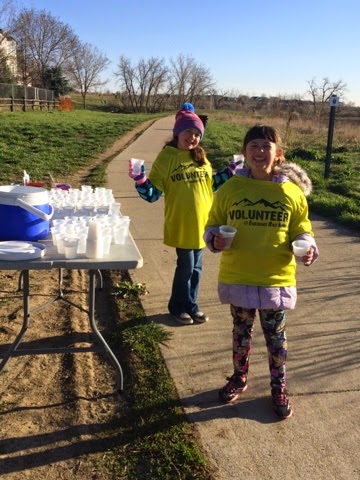 Surprisingly, WORKING a race isn't that much exercise. A and I took a walk around the lake in the afternoon. 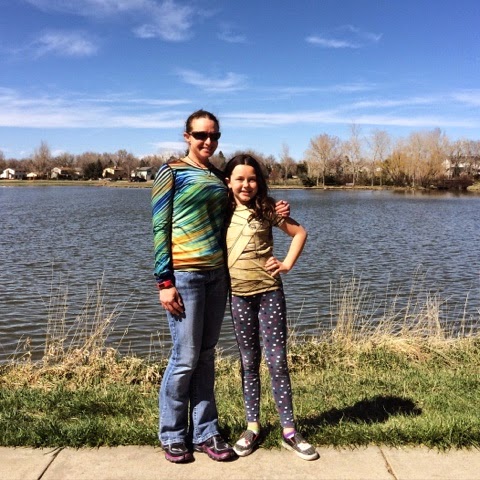 I did some yoga later that night - hoping to loosen up my legs and tight muscles. Batman Sour was NOT amused. 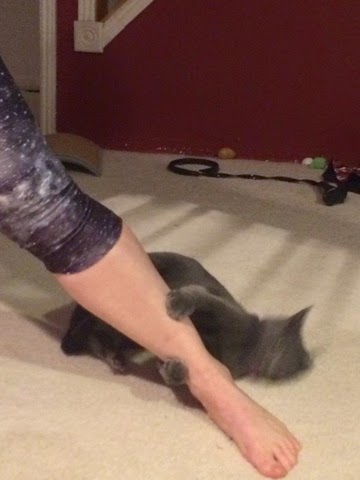 Monday (19,564 steps) - Stroll on the treadmill to show off the INKnBURN shirt I finally got (after almost a YEAR of hoping someone would resell or trade me for it... 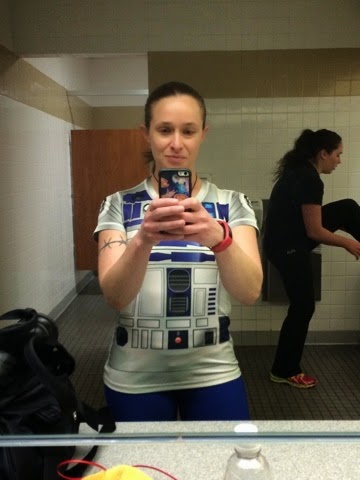 I had hoped to do more yoga when I got home but I was having some screwy internet issues and I couldn't even get my phone to load a video. I managed to get maybe 10 minutes in, but nothing to write home about. Trying to take it easy this week because my legs are worse than ever.
﻿
Stats
Everything Else