﻿Tuesday (18,562 steps) - Not in the mood for running. Skipped the gym and did an abs/upper body video at home.
Wednesday (14,360 steps) - Run club!! I haven't been getting pictures lately - because I'm a slacker. I can tell you 1). I forgot a shirt. 2). Thankfully, run club is at a STORE and Phil gave me a sample shirt so I didn't have to run in my bra 3). I tried out some Nike shoes that were very pink, and not too awful. I ran in Nike when I first started running a million years ago. They've come a long way. 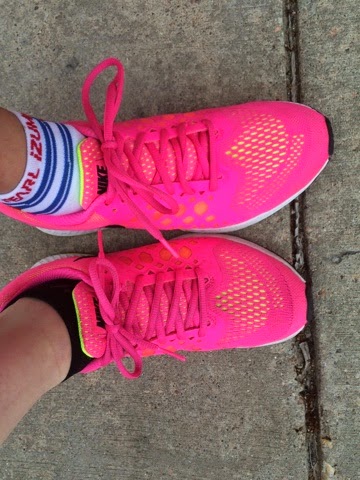 Thursday (22,808 steps) - My description of this run was apparently "not great, not terrible." I guess that means it could have been worse. Also did some yoga/stretching. Calves have been out of control still/again.﻿
Friday (13,103 steps) - Pizza Friday!!!
Saturday (20,068 steps) - I gave the option of a few different places to ride her bike while I got a run in. She chose the Highline Canal. The canal is a 60+ mile stretch of dirt. I ran a Fat Ass (36ish miles) on it last year. It is not TOO far away. Threw her bike in the back (a bit later than I would have liked) and we headed out. I was slow, she was patient.﻿ 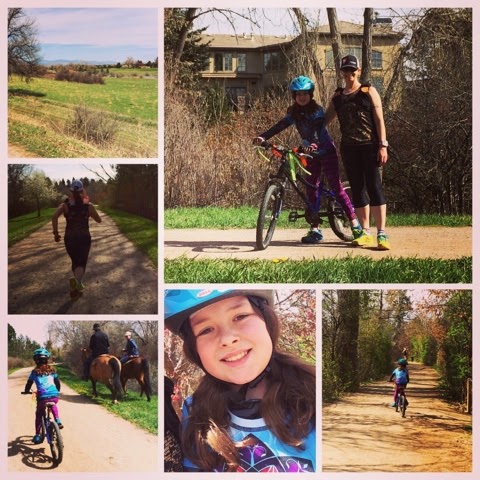 I cannot recall what we did the rest of the day. I imagine it involved sitting - my favorite activity after running.
Sunday (22,978 steps) - A few weeks ago, A and I were given free entries to a 5k in Broomfield. (I actually ran the inaugural race 5 years ago). However, I was already committed to volunteering for the Platte River half marathon with my Roost teammates. I gave my free entry to my dad (totally legit, he registered for it) so that A could still run. I had to get up to be in downtown Littleton by 7:00. We had the first aid station on the course - 2 miles in:﻿ 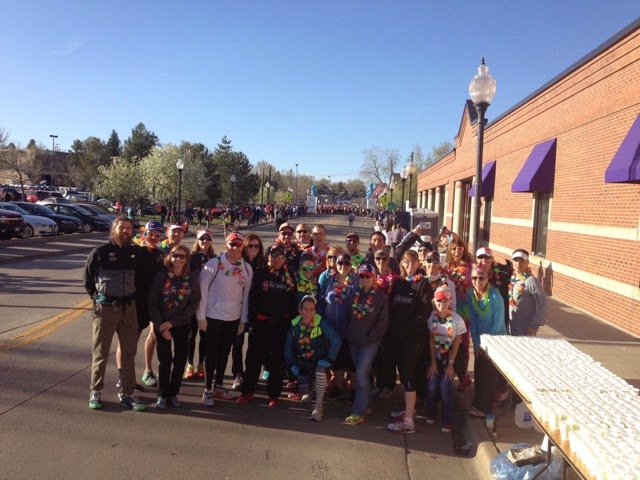 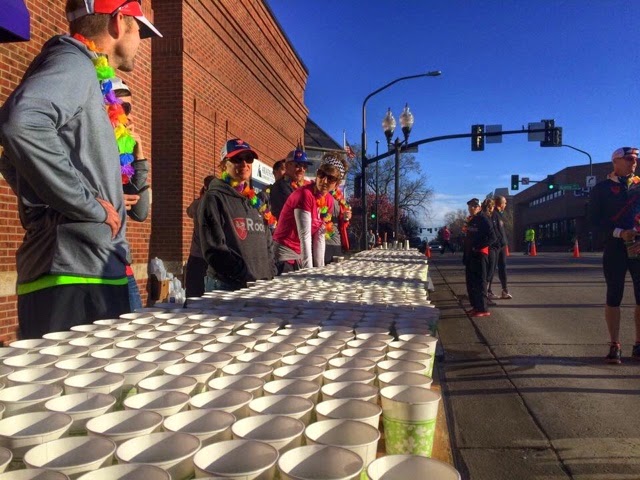 When you have an aid station on a point to point course that early in the race, you are done VERY early. I think we were torn down and cleaned up by 8:30.﻿ A group of us went to brunch at a Cajun restaurant down the street. The food was and company was great. 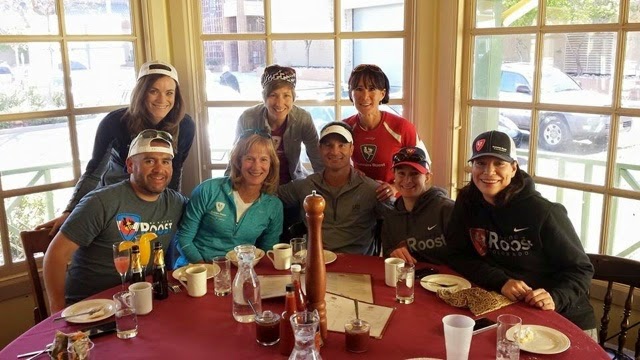 While all THAT was happening, A was killing it up north at her 5k. She had a very solid run! My dad took 3rd in his age group and was psyched to get a medal and a $15 gift card!﻿ 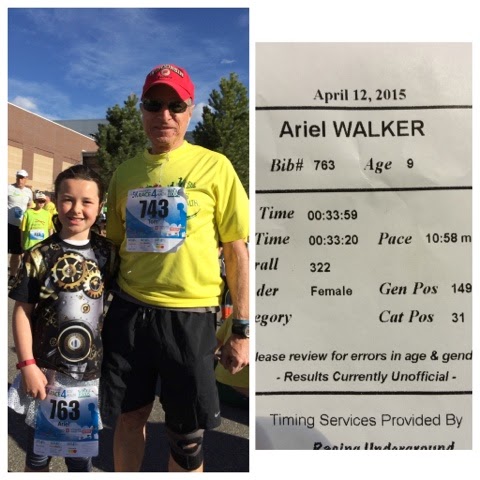 After A's race she was heading to a Girl Scout event, so I made the SUPER INTELLIGENT DECISION to go running. I picked the Highline Canal again because it's fairly flat and it was close. Did you know that Cajun food is NOT the best fuel choice for an 8 mile run??﻿ 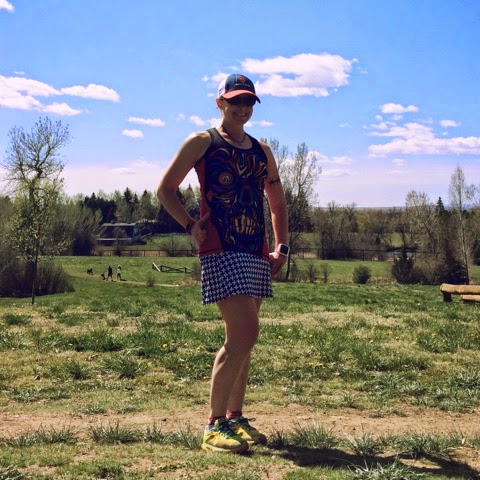 Monday (24,489) - A not so terrible run on the treadmill. Which is funny, since for the second time in a week I forgot an integral item of clothing for running - a sports bra.﻿
Stats
Everything Else
at April 16, 2015