We had funky travel plans for this one. Me, L, and J were all on a Frontier flight (though none of us managed to get adjoining seats, even with booking 6 months in advance) and R (L's boyfriend) ended up flying Southwest. Our flights were about an hour apart. R's flight left before ours, so we had a bit of extra time at the airport.

I was bored during the flight and was one of "those" people that fills out the puzzles in the free magazine.

Only bad part about the flight was that we left too early in the morning to get our free cookie. Bummed :(

Arrive in Vegas, find R, and then catch our shuttle to head to the hotel. We were happy to discover that we could check in and drop off all our stuff. I had picked the Luxor to stay at because it was close to the start line of the race AND it is located in the more "fun" part of the strip. 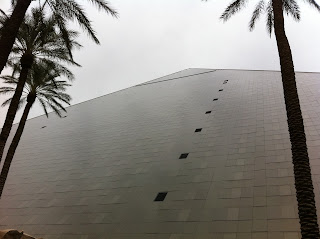 So I mapquested where the Expo was - we had to be thereby 5:00... and I was pretty distressed to find that it was at the Sands. Over 2.5 miles away!! Ugh!! Did NOT want to do so much walking on our first day (not to mention the day before the race). But, off we went. We had to get lunch anyway, and stopped for a healthy lunch at Subway.

After lunch we kept walking, taking our time. All of a sudden, there is only a few hours until the Expo closes.


After walking for a JILLION years, we finally pass the Venetian and are able to follow the swarm of people headed to the expo. I have never run a Rock 'n' Roll race before. It was PURE chaos. A billion people, but very well organized. 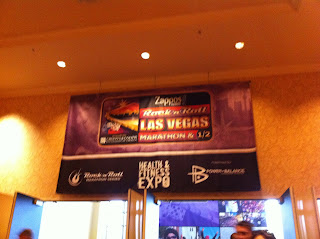 I had signed up for the race so long ago that I had put my estimated finishing time of 2:15. It's been AGES since I ran one that slow.  I was a bit disappointed when I saw I was put in corral #17. L said that it was possible to change corrals at the expo, and I moved up to hers, #7 with minimal effort. (Although I would never have signed up for that one... too fast!)

It was hard to even walk around the expo. WAY too many people and nothing I was interested in buying. Madness all around. 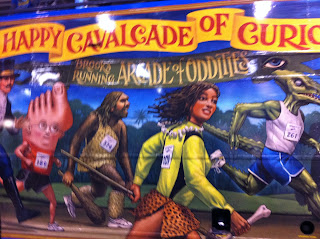 After the expo we decided that we had already walked THIS far, so we might as well walk all the way to the end of the strip. We made it down to Circus Circus before we turned around to head back. By now we were starting to get tired of walking. Race day was starting to seem like a bad idea. And L and I were both starting to get cranky because we were getting hungry. Did you know it's actually pretty tough to find pasta in Vegas?? We checked lots of restaurants and they all had ridiculous wait times. A pasta place a few blocks off the strip claimed the wait was over THREE HOURS. Are they kidding??! We finally found a buffet (risky) in Planet Hollywood. They line didn't look too bad. Until you got through the velvet ropes, went down the escalator and found yourself in an amusement park line. !!!! I thought I was going to snap :( It is not a pretty sight when I am starving.

On one hand, I was psyched to get salad, pasta and dessert all in one... on the other... I'd have to be careful what I ate.


I actually cannot believe that I forgot to take any pictures of what I had for dessert. L and I picked a few and shared them. They were all pretty small and DELICIOUS.
Once we had our food we were good to go. We headed back to the hotel, where L and R called it a night. 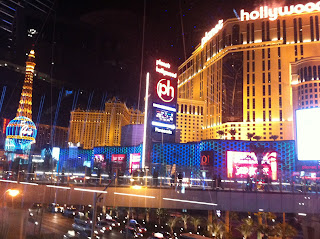