Tuesday (19,292 steps) - Core class during lunch. I wasn't feeling great all day because of my cold, and was planning on skipping Milk Market. UNTIL I REMEMBERED IT WAS MAC & CHEESE NIGHT. I ended up going anyway and ran with Paula (it was pretty awful, I had to take a few walk breaks), but glad I went. 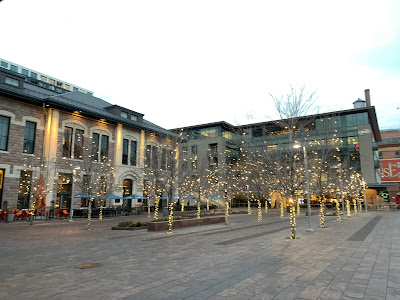 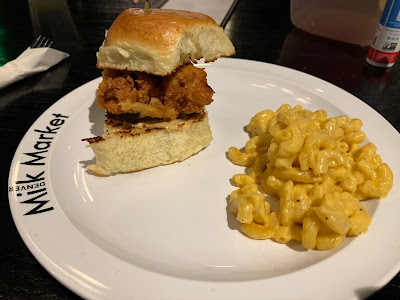 They didn't make nearly as much food as they have in the past. We watched World Invasion: Battle Los Angeles, which I didn't find very interesting.
Wednesday (16,598 steps) - Upper body class during lunch. Runners Roost Boulder! 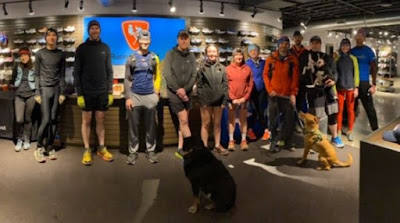 Ben and Ariel decided they wanted to run the trails. We did the route I don't love, which is going up Bear first - a long, nearly 2 mile long gradual uphill. I didn't feel great, but I think I ran more than I usually do - although it was slow. 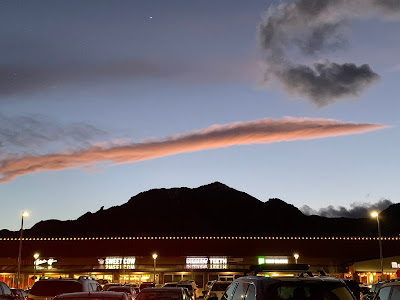 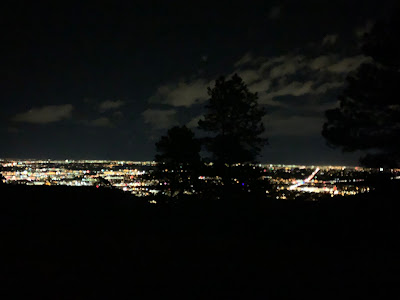 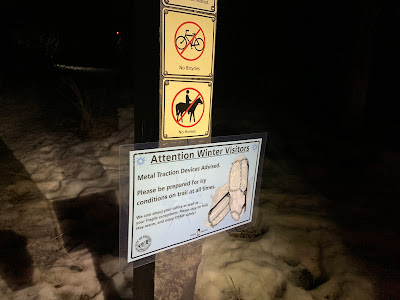 Pizza.
Thursday (10,781 steps) - No gym during lunch because I went out with people from work for a going away shindig. Got my mile in right after getting home from work. 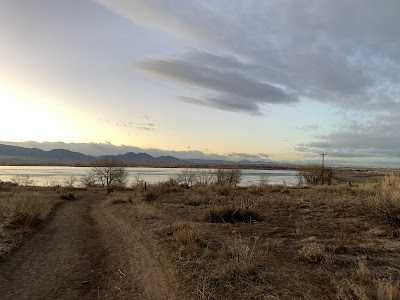 Another track meet! This time, she picked running the 300 - and was in the very last heat and second to last event. Another long night, but she ran great! 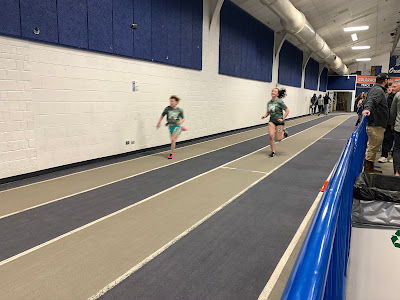 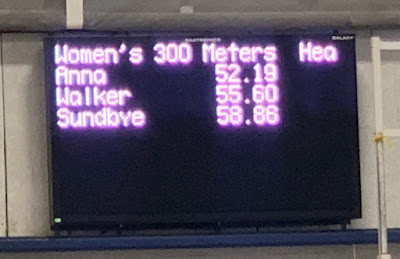 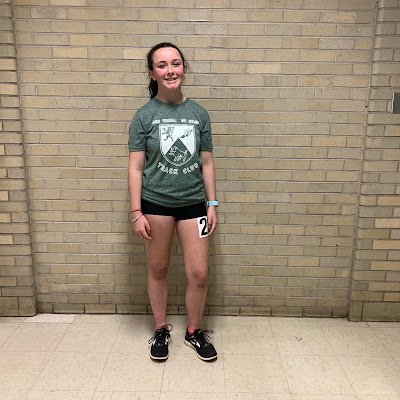 Thankfully, Ben had made food in the crock pot before the meet and we had tacos for dinner.
Friday (12,478 steps) - Lower body class during lunch. Ben ended up working last minute, so A and I were on our own for dinner. I reverted back to my old ways and made grilled cheese with egg and took Pika for a walk. 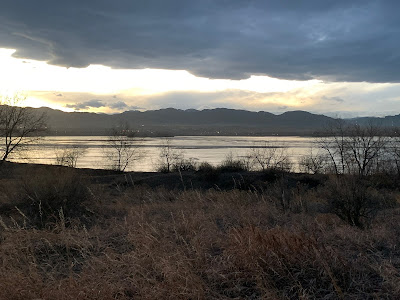 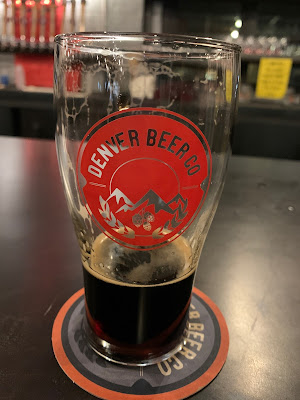 Saturday (25,484 steps) - First run with Rev Running!! The Saturday runs are pretty informal, and I picked the slowest pace group to run with. I was actually in the front of that group, maybe the back of the next group. I ran with a gal named Jen who was really friendly. 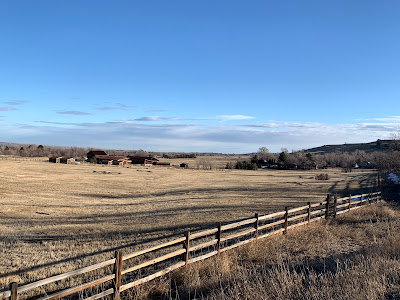 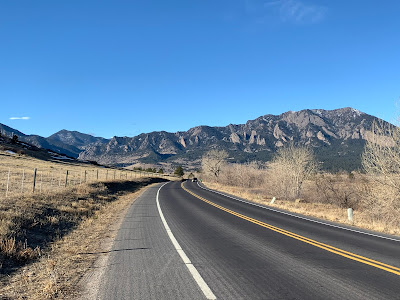 8 miles done - but it was a lot harder than it should have been. Drove to Brighton to take A to her friend's house for a sleepover. Ben and I went to Chipotle for lunch, then went to Odyssey for drinks. Later, we went with Tyler and the dogs for a walk. 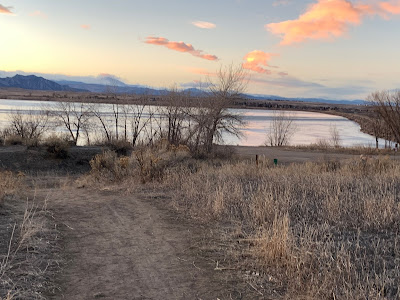 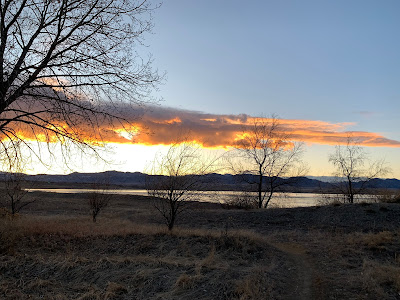 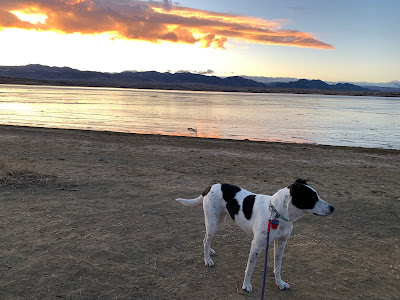 Big excitement of the night was Ben's number getting called on the wait list for Moab 240 - we are both officially in now!! Watched "Instant Family" and ordered in Chinese food.
Sunday (17,448 steps) - Berkeley Park Sunday run at North Table! 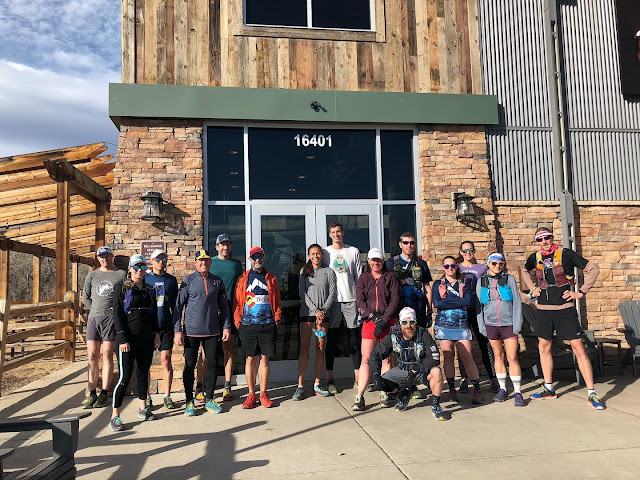 I was struggling, so after the first few miles I kept Pika so Ben could actually get a good run in. Weather was so warm for January that I ended up doing most of the run in my bra! 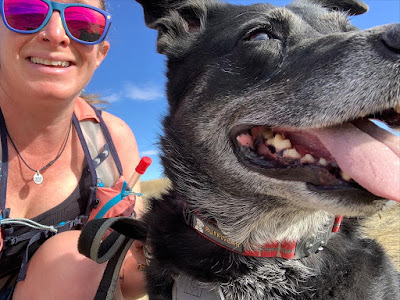 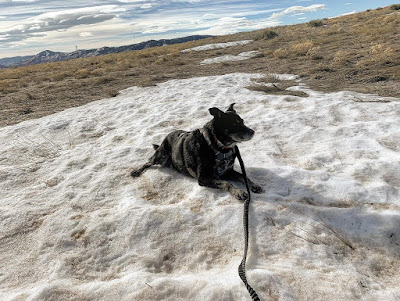 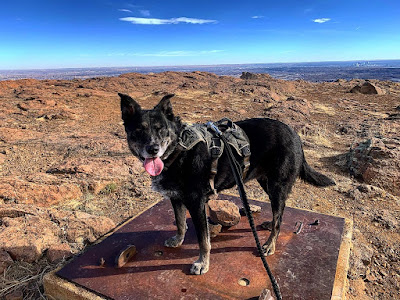 Even though it was chilly, socialized on the patio for a bit before heading home. Ate leftover Chinese food and then napped for two hours. Went for a walk to the lake. 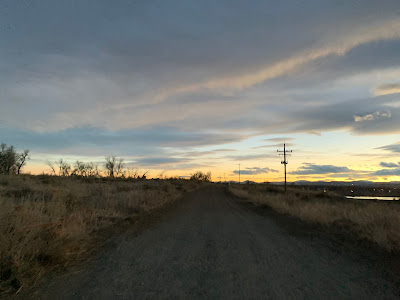 Then we all watched "White House Down." Another weekend gone in the blink of an eye...
Monday (13,739 steps) - Went to the gym during lunch only to discover the trainer was out sick. Since I was already changed, I still walked on the treadmill. Blah. After work I had to go to an HOA budget presentation, which was thrilling. Went for our walk, then dinner. 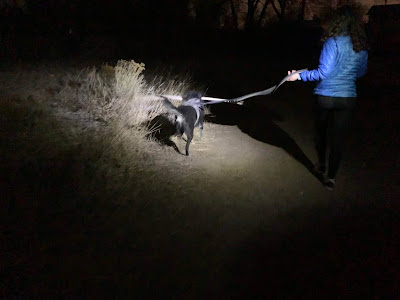