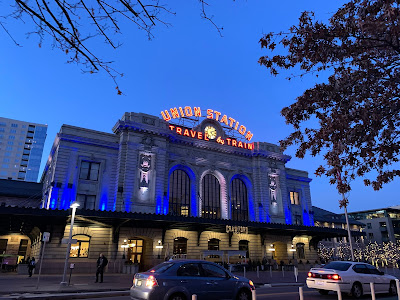 Milk Market run club! There were a ton of new people, but it was nice that we all (mostly) stuck together as a group. 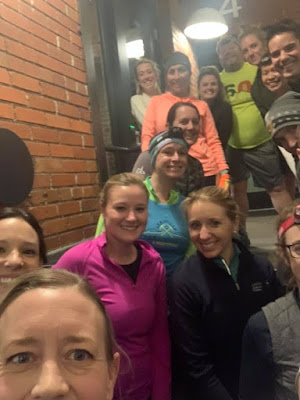 Not as awful as usual, ran the first half with Lisa & second half with Paula. Pizza and salad for dinner! Finished packing for race weekend! 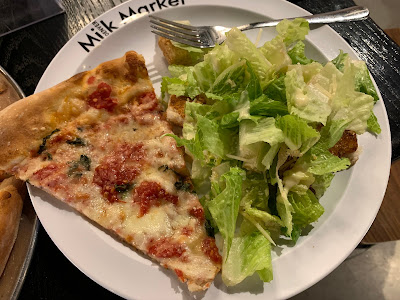 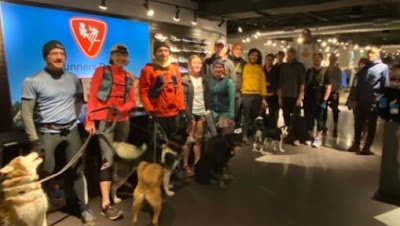 Since we have a race, we opted to start at the trail head. I felt like crap the entire run. Even the downhill sections weren't great. 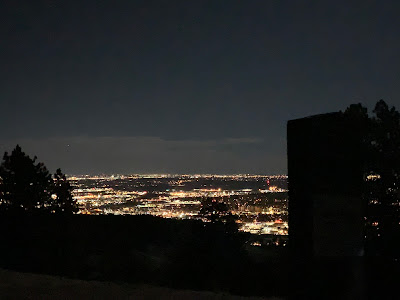 Thursday (12,781 steps) - Core class during lunch. Went for a quick walk with A after I got home to get our mile in before going to Ariel's first track meet of the season. After her experience last year with the longer distance, she opted to go for the 800m. She started out a bit fast and ran a little slower than she hoped, but overall did great! 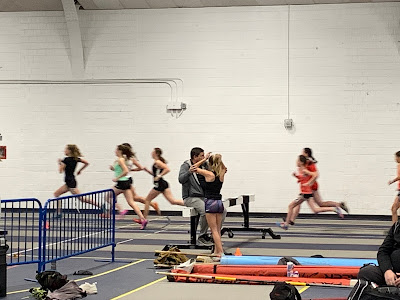 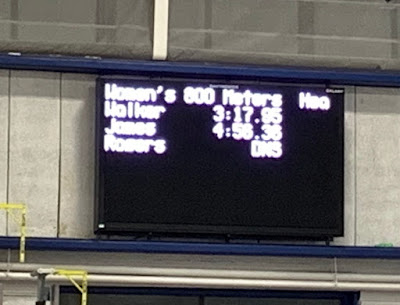 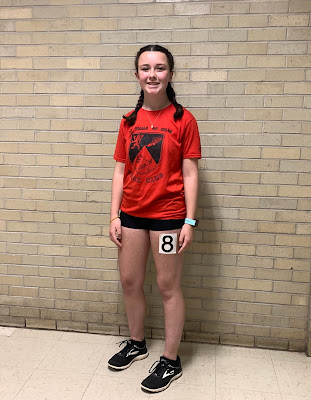 Late night, we stopped at Qdoba on the way home and picked up dinner.
Friday (10,281 steps) - Up at the ungodly hour of 2:30 in the morning. When are we going to learn to NOT book these stupid 5 am flights?? Was not able to sleep on the flight, so I watched most of "A Star is Born." Landed a few minutes and Lisa picked us up at the airport. We headed into south Austin and met up with Heather for coffee. After that we decided we better start heading down south before the predicted storms hit. Not surprisingly, the first stop was Nomadic Brewing in south Austin. Ben and I each got a beer and we split a soft pretzel because we were starving. 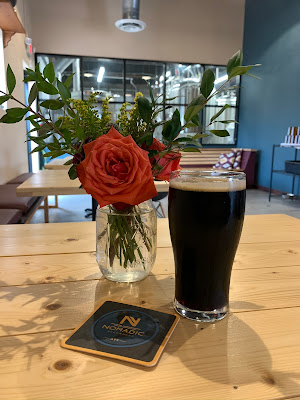 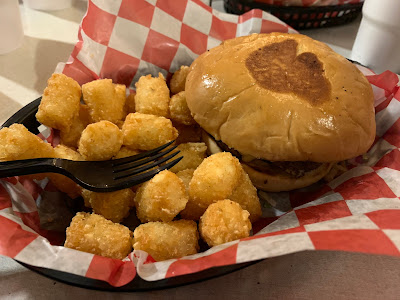 We found another brewery, Guadalupe Brewing, in New Braunfels that had probably the best beer I've ever had in my life - a German Chocolate Stout. 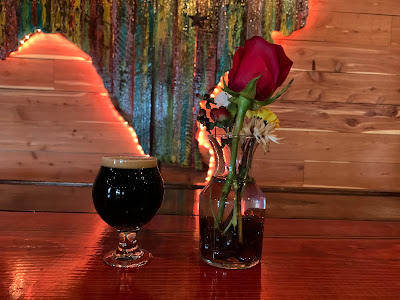 Finally, we were done with breweries and we went to Landa Park to wander around and get our steps in. 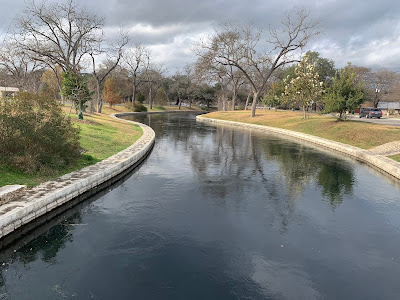 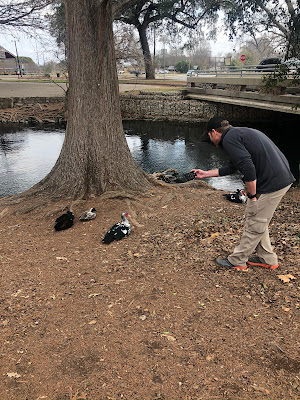 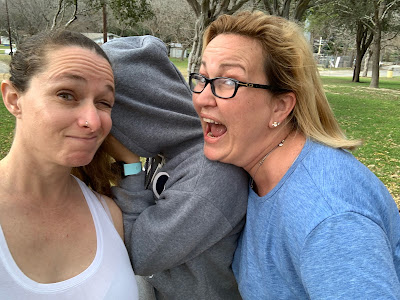 By now, we had killed enough time that we could head to Bandera Park to pick up our bibs. I wanted to know what the entry situation was going to be like so we wouldn't end up with unknown delays. Good thing we did this!! It was a lot of dirt roads and turned out it was further away than we thought. 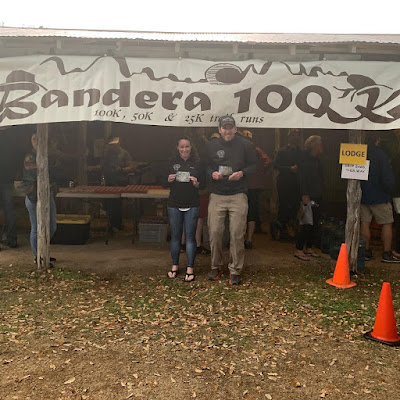 Right as we got out of the car to get our bibs, it started to rain. And then it POURED. AND THEN IT HAILED. Torrential rain/hail was coming down for what seemed like forever. We still needed to get food for the morning, as well as dinner. We stopped at the Bandera Brewery where they had karaoke night & BBQ. 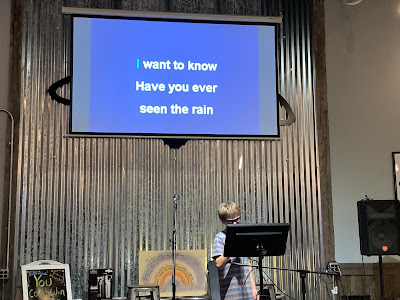 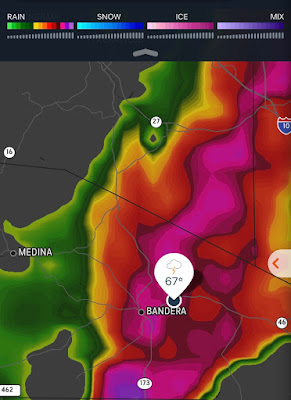 Ben was in touch with the BnB and we found out that due to the storm our place didn't have any power. Okkkk.... Finally the rain tapered a bit and we drove into "town" and picked up groceries and then arrived much later than planned at the BnB. Super cute location.
By the time we ate some snacks and finalized stuff it was late. The power kept going on and off, and I was in bed much later than planned.
Saturday (94,441 steps) - Bandera 100K. 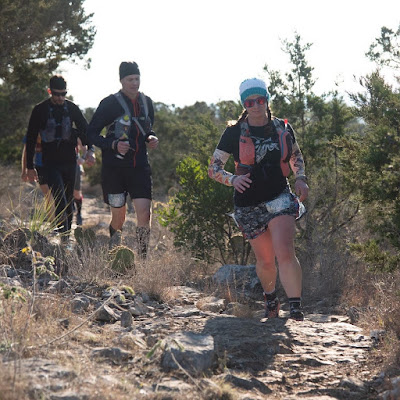 Sunday (33,511 steps) - We left the race somewhere around 5 am, not getting to the BnB until the sun was coming up, maybe 5:45 or 6. I was too wired to go right to bed. Took a shower and then had a beer and went to bed without setting an alarm since the hosts said we could check out whenever we wanted. Turns out when my body wanted to wake up was 9:45 in the morning. Talk about defective. I was the only one up for a while and I could NOT believe how sore I was. Seriously, I practically walked most of it.
Packed up all our crap and cleaned up around the BnB. I was watching the Vermont 100 lottery via Facebook live when we finally headed out towards Austin. Which, by the way, we just missed entry & are at the top of the wait list!

We stopped at our first brewery, Rough Diamond, where I had a "meh" oatmeal stout. There was some confusion over food/mapping and we ended up missing where we originally planned to go and ended up eating at Slab, a BBQ joint in south Austin. Ariel, Lisa & I walked a mile while waiting for food. Stopped at one more brewery, Hi Sign, before heading to the airport.
Had time for half a beer before boarding the plane. Still couldn't sleep & watched the rest of "A Star is Born" and part of "Yesterday." Landed a few minutes early, but it was still after 11 pm. Uneventful drive home, but still in bed after 12:30 am. Longest day/shortest weekend ever.
Monday (10,085 steps) - Took the day off from the gym since it was a lower body class. Work dragged by. 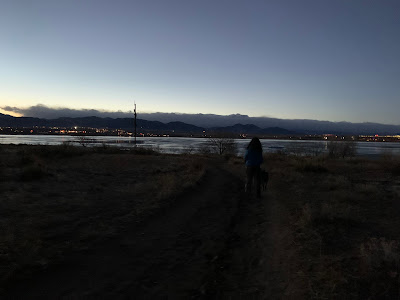 Took Pika for a walk, had spaghetti for dinner, watched part of "Edward Scissorhands" and went to bed crazy early.